West Coast was blown away early in the 2015 Grand Final, thanks mainly to Hawthorn’s Cyril Rioli.

The Hawks' champion seemed to be able find space where no one else could on the Melbourne Cricket Ground that day. In the first half, when the game was up for grabs, he kicked two crucial goals and had a hand in four others.

He left with 18 touches, 12 marks, two goals, his fourth premiership medallion and the Norm Smith Medal.

In 2018, the Eagles will return to the premiership play-off with a Rioli of their own – Willie.

He is Cyril’s cousin and he has shown an ability to carry the Rioli name well.

On Saturday, he will get to carry it on to the biggest stage in the AFL. And when you do that as a Rioli, it comes with expectations. His uncle Maurice Rioli is also a Norm Smith Medallist.

He’s battled back from a bad hamstring injury in 2017 that cost him a debut game in his first season at the club. And he has ignored knockers who suggested he was way too out of shape during the 2018 pre-season to work his way in to the Eagles squad.

He played in Round two, against the Western Bulldogs and hasn’t been left out since. 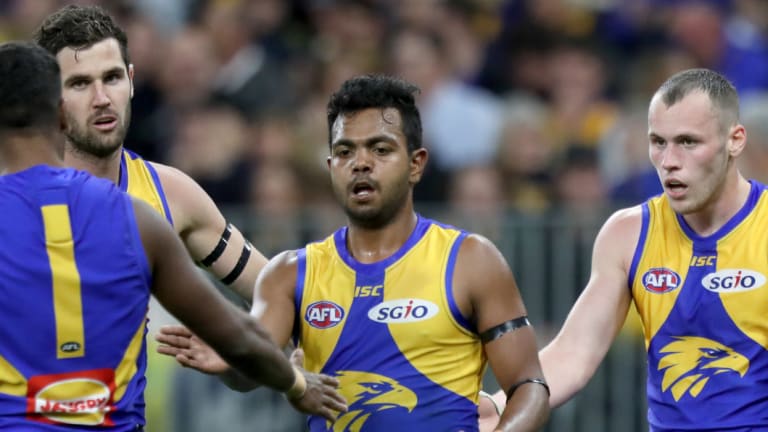 Willie Rioli (C) has already spoken to his cousin Cyril about this week’s grand final.

In the last quarter of the Eagles 66-point win over Melbourne in the preliminary final on Saturday, the medical staff wanted Rioli to remain on the bench so he could put some ice on a bruised foot he’d received after getting trodden on.

But he was so excited by the win that he insisted on going on – “I didn't want to sit on the bench in the last quarter,” he said.

With grand final day on the horizon, he’s got the perfect man in his corner to help him have an impact – his famous cousin Cyril.

“I spoke to him this morning,” he said after the Eagles 66-point win against Melbourne in the Preliminary Final.

“I got a cheeky text saying ‘good luck; you know what to do; just go out there and show them what you've got’. That was the message; it was simple.

“I heard a rumour he is going to Melbourne (for the grand final).

“We’ll definitely catch up. I’m lucky enough to have him in my corner and (Richmond forward) Daniel has been there as well.”

Cyril is expected to be at the MCG on Saturday, taking part in the longest-kick competition at the Yarra River earlier in the day.

Like Cyril, Willie has already shown a liking to the MCG as well. His equal best return in attack this season was three goals against Collingwood in the Eagles 35-point win at the venue in Round 17. 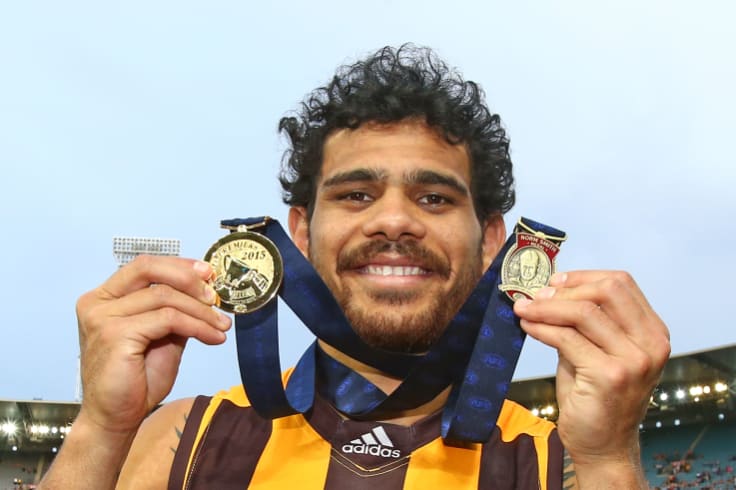 The Magpies tightened up on him in the qualifying final at Optus Stadium, keeping him to one goal. But like Riolis before him, Willie still managed to have an impact in that game, with a season high six tackles.

He’s very aware of being able to help his teammates, even if it’s not by kicking goals.

“Today I didn't think I impacted as much on the scoreboard, but defensively, if my work rate is there and my defensive work is there, I am helping my team somehow,” he said on Saturday.

“This year, looking at the season, I was hoping to get one game; to have the season I have had, and be where we are at as a team is unbelievable.

“I am happy to be contributing and starting to find my mojo and find where I am in the team.”

Would it surprise anyone if he chose this Saturday to realise exactly where that place in the team is?