Collingwood's pick 18 might be as in demand during the remaining days of this year's trade period as former Giant Dylan Shiel was at the start of the first week.

That's because clubs suspect the Magpies will be willing to trade the pick out, rather than use the points attached to it, because a bid for their next generation academy prospect Isaac Quaynor is likely to happen before that selection. 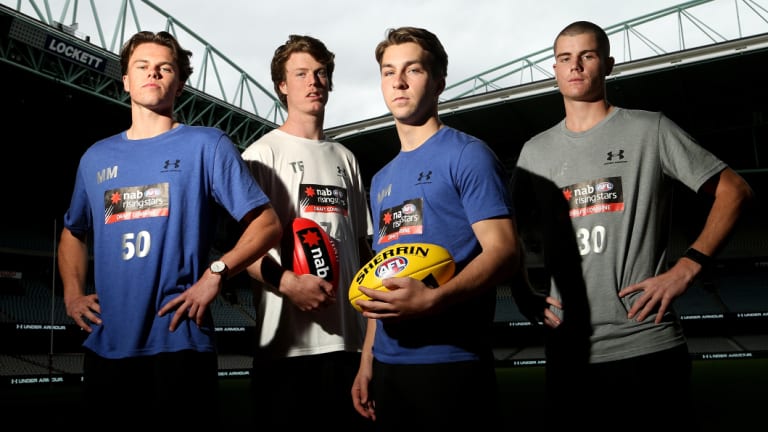 It's part of the hidden battle happening during this year's trade period as clubs separate into those wanting high picks to do deals during trade period or access the best talent in the draft, versus those who are happy to head to the draft with later picks confident top talent will head their way via the father-son and academy bidding process.

It's why Sydney were prepared to give up pick 13 to Adelaide in the deal that saw Mitch McGovern end up at Carlton.

In return they received picks 26, 28 and 40 which positioned them well to potentially trade in Tom Langdon from Collingwood, if he chose to leave, and with more points to use on their academy graduate Nick Blakey.

Blakey, a mobile forward who will slot in nicely next to Lance Franklin, is likely to be the first player opposition clubs make a bid for during the draft in November, with a bid inside the top 10 picks likely.

The Swans, knowing therefore they would have to use the points attached to pick 13 to get Blakey anyway, decided to get that pick to work by splitting it into more draft picks, creating more points and more options for the club.

They and Collingwood are two of 13 clubs likely to draft father-son or next generation academy picks in November, with at least seven having to be as focused on having the right amount of points available for the draft as trades they are doing right now.

It's why the player-for-player swap has become an anachronism, with picks generally thrown into such a mix.

While the Swans have Blakey and Collingwood have the right of first refusal on Oakleigh Chargers defenders Quaynor and Will Kelly (son of Craig), the Kangaroos are the other club settling in for a relatively predictable draft night with father-son and academy prospects on their radar.

North Melbourne's activity during trade period is also complicated by the talented Bailey Scott (son of Robert) making the call to join them last Monday and Tarryn Thomas, who can nominate North Melbourne because they have access to Tasmanians who are eligible for next generation players, also likely to attract a high bid. 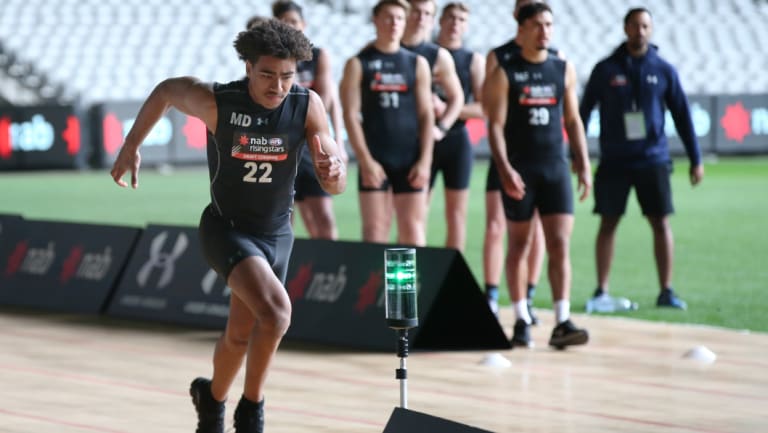 It's why North Melbourne aren't too concerned that their first pick right now is pick 31 because the points available for Scott and Thomas will be the biggest issue. They may also draft Joel Crocker (son of Darren) late in the draft or as a rookie.

The Western Bulldogs should secure Rhylee West (father-son), with the compensation they received for losing free agent Luke Dahlhaus to Geelong useful for completing that transaction.

The Cats have their eyes on Oscar Brownless (son of Billy) while Carlton are expected to pick Ben Silvagni (son of Stephen) at some point late in the draft.

Most expect Mason Fletcher (son of Dustin) to join the Bombers via the rookie draft. But the Brisbane Lions' academy prospect Connor McFadyen, and Greater Western Sydney's highly rated ruck prospect Kieren Briggs, are set to require points to reach the clubs that have developed them to this point.

Next generation graduates Toby Bedford (Melbourne), Irving Mosquito (Hawthorn), Jarrod Cameron (West Coast) and Jason Carter (Fremantle) are also potential draft or rookie picks with Bedford a chance to attract a bid during the draft from an opposition club.

Add to that an increasing desire for clubs to draft players from their own state to eliminate the go-home factor (the two South Australian clubs want a crack at Jack Lukosius, Izak Rankine or Connor Rozee) and Geelong's hope that West Coast can find a top 10 pick to get Tim Kelly and you can see why the phones are running hot between clubs at this time of year regardless of whether a player is up for trade.

So much so, that the Magpies can almost feel the recruiters' eyes on pick 18.