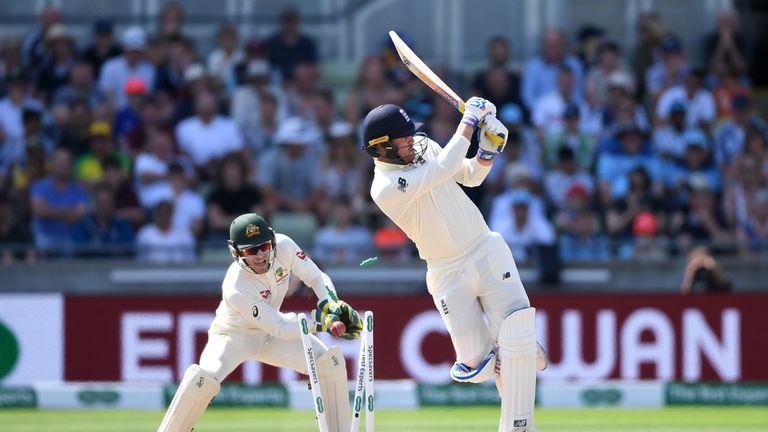 Australia need another six wickets to win the first Ashes Test after reducing England to 85-4 at lunch in Birmingham.

England lost Rory Burns (11) early on but despite a few nervy moments got through the next hour without incurring any further damage.

However, a rush of blood from Jason Roy saw him comprehensively bowled by Nathan Lyon after charging down to pitch and trying to smash him over the legside. That gave Australia the breakthrough and the off-spinner added another two to his tally, including the all-important scalp of Joe Root late in the session.

Burns, who became just the fourth England player to bat on all five days of a Test match, fell in the third over of the morning after getting caught in two minds trying to play a short ball from Pat Cummins and gloving it to Lyon at gully.

Root got off the mark with a lovely back-foot punch for four off James Pattinson but was given lbw the next ball. He quickly reviewed though and ball-tracking showed he was correct, the ball was comfortably missing leg.

The England captain overturned another lbw decision soon after, Joel Wilson again adjudging him lbw, this time to Peter Siddle but again the review was instantaneous with Root well aware he had got an inside edge.

Lyon’s introduction to the attack just before drinks ramped up the pressure again but both Root and Roy (28) had played him well enough prior to the latter’s ill-conceived sortie down the wicket. 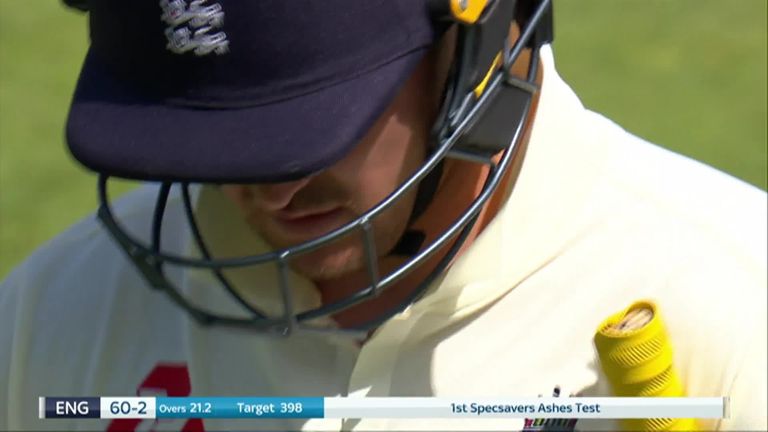 That opened the door for the Aussies and they quickly forced their way through it with Joe Denly (11) prodding forward and getting caught bat-pad before oddly opting to review despite a clear inside edge.

His replacement in the middle, Jos Buttler, then survived a tight lbw shout against Cummins, umpire’s call enough to save the England No 5 after Australia reviewed the on-field decision of ‘not out’.

Any England relieve at that decision vanished in the next over as Root pushed forward to Lyon, who found enough turn to find the inside edge and give Cameron Bancroft a second catch at short leg.