The Coach Wanted the Job. His Agent Wanted More.

Rocco Commisso was hoping this appointment would be the one.

After a bumpy first 18 months as the owner of the Italian soccer team Fiorentina, Commisso had finally alighted on a coach that he believed would give flight to his project.

The coach, Gennaro Gattuso, would be the fifth employed by Commisso since he bought Fiorentina in 2019. But this hire would be different, Commisso told the team’s website when he announced it in May. Gattuso would bring determination, competence and desire to the club. He would bring respectability. He would bring victories.

Fans of the Florence-based team never got to see what Gattuso would have brought, though. On June 17, only 23 days after he was hired, Gattuso was gone. A two-sentence statement posted on the same Fiorentina website where Commisso had welcomed Gattuso with ebullient praise now tersely announced that the coach and the club had agreed to part company.

The split — like so many between managers and clubs — was about money and control and players, according to officials with direct knowledge of the talks between the club and its now-former coach. But at the heart of Gattuso’s exit, those same people said, was Gattuso’s relationship with Jorge Mendes, the Portuguese soccer agent whose influence is now so widespread that he is widely considered to be among the most powerful figures in sports. 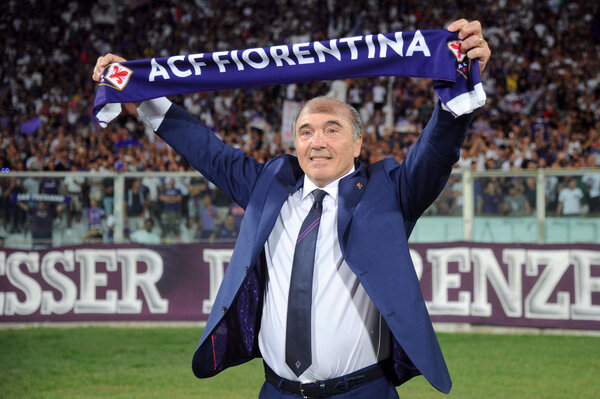 The details of Gattuso’s brief stay are shrouded by nondisclosure agreements signed by both the coach and the club. But at Fiorentina, insiders said, acrimony had flared almost as soon as he arrived.

Within days of taking charge, Gattuso, who had most recently coached Milan and Napoli, provided the club’s management with a list of three major transfer targets. Two of the players are, like Gattuso, represented by Mendes. But all three also currently play for clubs that rely on Mendes to get them the best prices for the players they wish to offload.

Those apparent conflicts immediately alarmed Fiorentina officials, and in particular the team’s American owners, whose previous experiences in the transfer market had left them wary of the influence of agents on their club’s business.

Two of the players, Sérgio Oliveira, 29, and Jesús Corona, 28, currently play for Portugal’s F.C. Porto. (Gonçalo Guedes of Spain’s Valencia was the third.) Both could be acquired, though, Fiorentina was told, if the club paid a fee of 20 million euros (about $23.8 million) for each player and then agreed to meet the salary demands — 3 million euros (about $3.5 million) per year — in the five-year contracts that Mendes, who was brokering the deal, said they required.

For Fiorentina, the figures made little sense. The coronavirus pandemic has sent the finances of hundreds of European clubs, including Fiorentina, into crisis, and left many, including Porto, desperate to balance their budgets by selling off talent. Most clubs agree, though, that paying premium prices for players approaching their 30s in an uncertain market makes little business sense.

Fiorentina executives tried to persuade Gattuso, according to the people familiar with the discussions, that other, younger targets were available. But the coach is said to have stood by his list.

So Fiorentina started negotiating with Porto for Oliveira, hoping to strike a deal for a figure closer to its valuation of the player, which was about half the initial asking price. An emissary sent to Portugal for discussions called executives back in Italy to say the Portuguese team would not be moved.

Mendes spoke with Fiorentina officials to say the same, although he tried to broker an accommodation: He told Fiorentina he was willing to accept less than his usual commission from the buying team, according to one of the people involved in the negotiations. (It is not uncommon for soccer agents to be paid by all parties in deals they arrange, a practice that FIFA, soccer’s global governing body, has suggested should be outlawed.)

Representatives of Mendes, Gattuso (through Mendes), Fiorentina and Porto declined to comment on any of the discussions. But the talks quickly signaled the end of the nascent relationship between Gattuso and Fiorentina.

Informed that the team was no longer prepared to negotiate for any of the three players on Gattuso’s list because of their links to Mendes, the coach informed Fiorentina that he no longer felt wanted. The sides negotiated his exit before he had met the players. All that remains from his 23-day tenure is bad blood and hard questions.

The episode represents another failure in the eyes of Fiorentina fans angry about Commisso’s inability to build a team to compete with rivals in the higher reaches of Italy’s top division, Serie A, or to follow through on promises to modernize the club’s Artemio Franchi stadium. The owners, meanwhile, are bewildered by the criticism, feeling that their achievements have not been taken into account. Serie A’s management, for instance, recently credited Commisso, a telecommunications billionaire, with helping broker its new television contract in the United States.

For Mendes, the events in Florence were a rare setback. His rise from small-market player to market maker can be traced to 2004, when he brought his client José Mourinho to Chelsea and helped him stock the London team with a clutch of players from his stable.

As Mendes’s reputation grew — Mendes has also guided the career of Cristiano Ronaldo — so did his reach. Chinese soccer, for instance, turned to Mendes for counsel and players when it wanted to improve its top league. One Chinese conglomerate, Fosun International, was so impressed with his work that it bought a stake in Mendes’s agency, Gestifute.

That relationship deepened when Fosun bought the English team Wolverhampton Wanderers. A group of Mendes players acquired to bolster the roster helped the team win promotion to the Premier League, and newer, costlier additions have allowed it to maintain that status. When the team parted ways with the Mendes client who had overseen its rise, Nuno Espírito Santo, his replacement, Bruno Lage, was another Portuguese coach handpicked by the agent.

Wolves even played a minor role in the events in Florence. Fiorentina had not yet signed its contract with Gattuso, and Wolves had not yet announced Lage as its coach, when Mendes indicated that Gattuso was also an option he had in mind for the Premier League team.

Mendes told Fiorentina he wanted to insert a 2 million euro buyout clause in Gattuso’s contract, a fee that could be paid at any time and would allow him to move on should a better coaching offer emerge. Fiorentina balked, saying it did not make sense to commit millions of dollars for players signed to suit Gattuso’s playing style if it was at risk of losing him at any time for such a low fee. A compromise figure of 10 million euros was agreed upon, but the contract was never signed.

For soccer, it is the kind of influence Mendes wields that raised the thorniest questions. FIFA is in the process of reforming its regulations amid growing unease within the game about the power of a handful of agents. As well as caps on commissions, the new rules seek to bar agents from representing the interests of a player, a selling club and a buying one in the same negotiation, the kind of arrangement that has become commonplace in a typical Mendes deal.

“Conflicts of interest have to be eliminated,” said Pippo Russo, the author of a book on Mendes’s career. “It is not possible an agent can represent all the parts involved in the bargaining.”

For now, though, Mendes’s power appears unlimited. The most recent evidence came at this season’s Champions League final, where pandemic restrictions meant that the capacity for fans at Porto’s Estádio do Dragão, which hosted the game, was strictly limited, and that the number of invited dignitaries and guests was even smaller.

The rules applied to both teams, but not, apparently, to everyone. On the day of the final, some top executives at European soccer’s governing body expressed surprise when they arrived in the presidential suite, an area reserved for a handful of the most important invited guests, to find an unexpected visitor: Mendes.