Is there anything more visceral, raw, physical and instinctive than when two boxers step into the ring for a title fight?

Yes, there is always plenty of ballyhoo and brouhaha leading up to the event – as any recent contest in this country involving Anthony ''The Man'' Mundine illustrates. 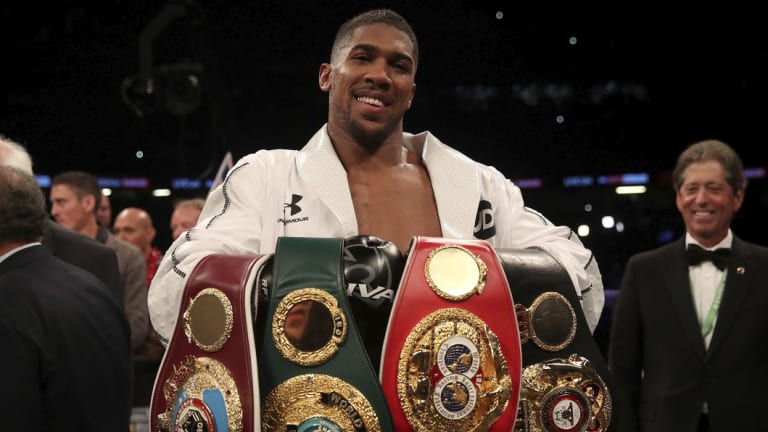 The blow-hards and promoters rarely miss a chance to whip up a frenzy of controversy and debate around the protagonists, baiting the opponent or ''bigging up'' their man with outlandish claims of his ability or with outrageous slurs against his rival.

It's not everyone's cup of tea, and it's easy to see why so many people regard big-time boxing as a bit of a circus.

But strip away the showbiz and for those of us with the bug, those of us who admire the simplicity and intensity of the contest, there are few things better than when two heavyweights shape up against each other in a bout with a title at stake.

Yes, the numbers involved are astronomical, particularly in the US and UK, where pay-per-view and a huge following make boxing a major sport, certainly in the way it no longer is in Australia where many voices cry out for its abolition.

But the numbers are only part of the story.

When the men (or women, as the same principles apply to female boxers) go into that square on an elevated dais, bounded only by some ropes, they are on their own.

Trainers and cornermen, managers, cuts men, urgers and supporters are all ringside, shouting and yelling encouragement, but in the final analysis it is just one v one with no equipment, no kit, naked bar a pair of shorts and some boots. One person taking another on in a battle of will, strength, skill, technique and courage.

Which is why, at its essence, I always feel boxing, along with running, is the purest sport.

Youngsters taking it up don't need costly equipment. They don't need expensive court hire, in-depth coaching or instruction (although that does come in handy later).

They need mental strength and bravery. That is why, when boxers embrace at the end of a fight – no matter how much trash talking has gone on before – it's a gesture of solidarity.

Each contestant really knows how difficult it has been to get to this stage: the hours in the gym, the strain and stress of sparring, the physical danger involved, the running and roadwork and the courage needed to face another man or woman with nothing but your own assets to protect you or drive you to victory.

Sometimes that bravery comes in knowing when to retreat, when to give ground, when to absorb punishment and conserve energy and load up again.

I have followed the sport ever since I tried boxing for a few months as an option on my school PE program in the 1970s. I and a few others stepped into the ring and fought against lads from other schools.

But some years my interest has been piqued more than others, and this year that has been the case. 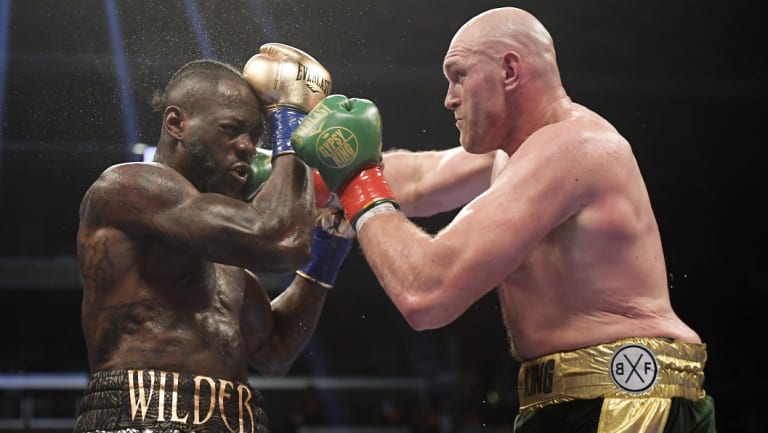 We have had some terrific fights – the epic middleweight contest between Saul Canelo Alvarez and Triple G (Gennady Gennadyevich Golovkin) springs to mind, but it's the heavyweight division that has captured the imagination.

Those of us of a certain age – teenagers in the 1970s – remember the golden era in the heavyweight division, when Muhammad Ali, Joe Frazier, Ken Norton, Larry Holmes and others stalked the rings of the world as the colossi they were.

They were succeeded in the 1980s and 1990s by fighters like Lennox Lewis, Evander Holyfield and the extraordinary Mike Tyson.

But the success of the Klitschko brothers, Wladimir and Vitali, changed the landscape. Big, strong and technically excellent, the Ukrainian brothers were virtually unbeatable, but lacked the charisma of fighters from  earlier eras.

In recent times the rise of British heavyweights Anthony Joshua and Tyson Fury, along with the unbeaten American Deontay Wilder, has ignited a division dominated by the biggest of big men.

Joshua beat Wladimir Klitschko in April 2017  at Wembley Stadium in front of a huge crowd, the young Englishman stopping the veteran in the 11th round after an earlier knockdown.

The Londoner holds three of the four championship belts for the heavyweight division, with the other held by Wilder.

The latter fought an epic contest against Fury, the so-called ''Gypsy King'', in December in a bout most pundits thought the American would win easily. Fury outboxed the big punching American, but couldn't put him away, while Wilder dropped the Englishman twice.

The result was one of the most pulsating bouts in recent memory, with Fury getting up from a last-round knockdown to force a draw.

The clamour is now on for a rematch between Fury and Wilder, or for Wilder to fight Joshua in a once-and-for-all decider for all four title belts.

Another possibility is that Joshua could stage the Battle of Britain against Fury, who is from Manchester, putting his three belts on the line.

The next few months will be full of bravado as promises are made and then reneged on. It's boxing, of course, what else would you expect?

But when any of the trio meet, in whatever combination, the world will be watching as the heavyweights once again command the attention of sports fans.