JADON SANCHO is on the cusp of a mega-money move to Manchester United… finally.

The Red Devils, after much negotiation, are set to land the Borussia Dortmund winger – initially tempting him to join with the promise of wearing their hallowed No7 shirt. 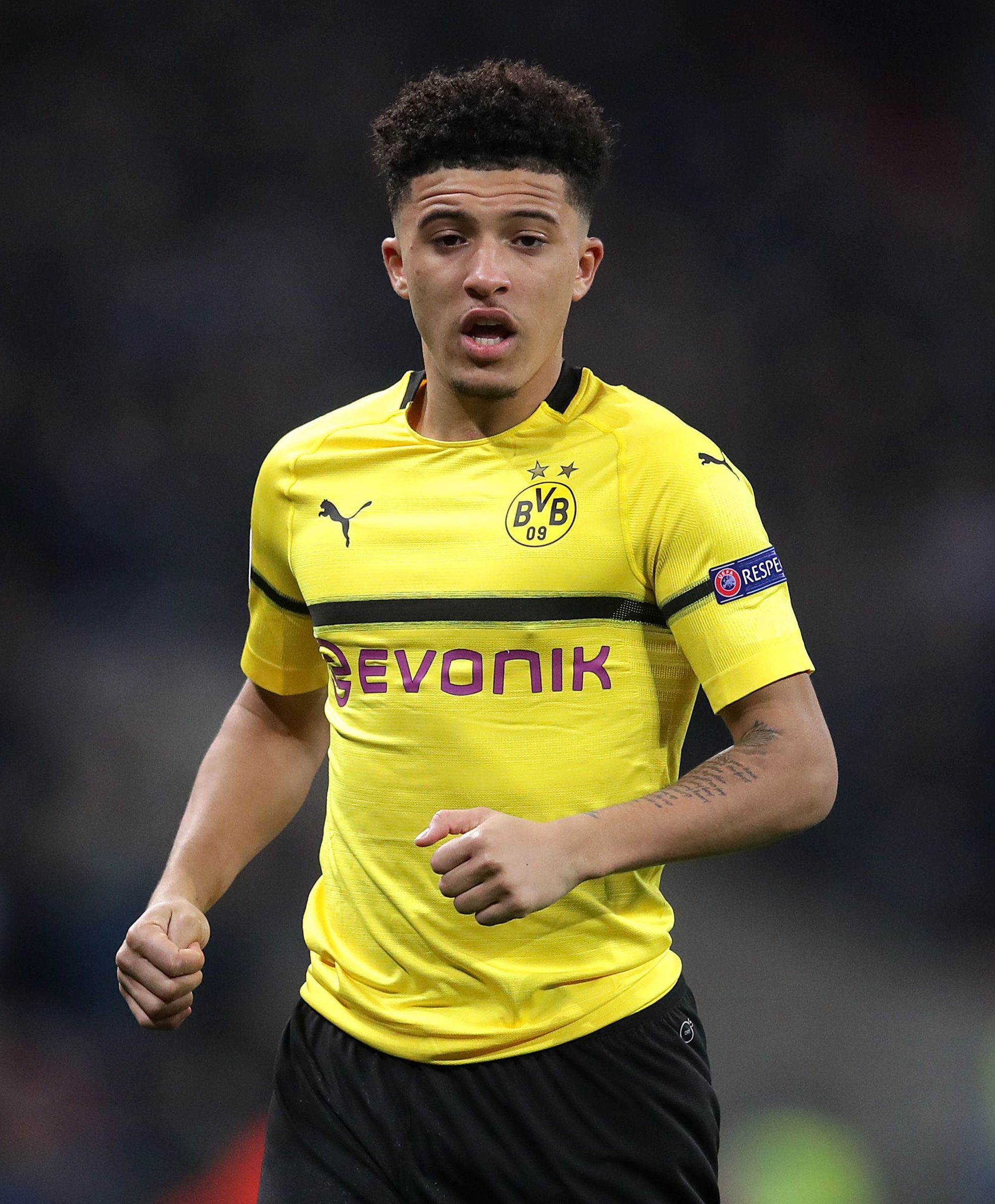 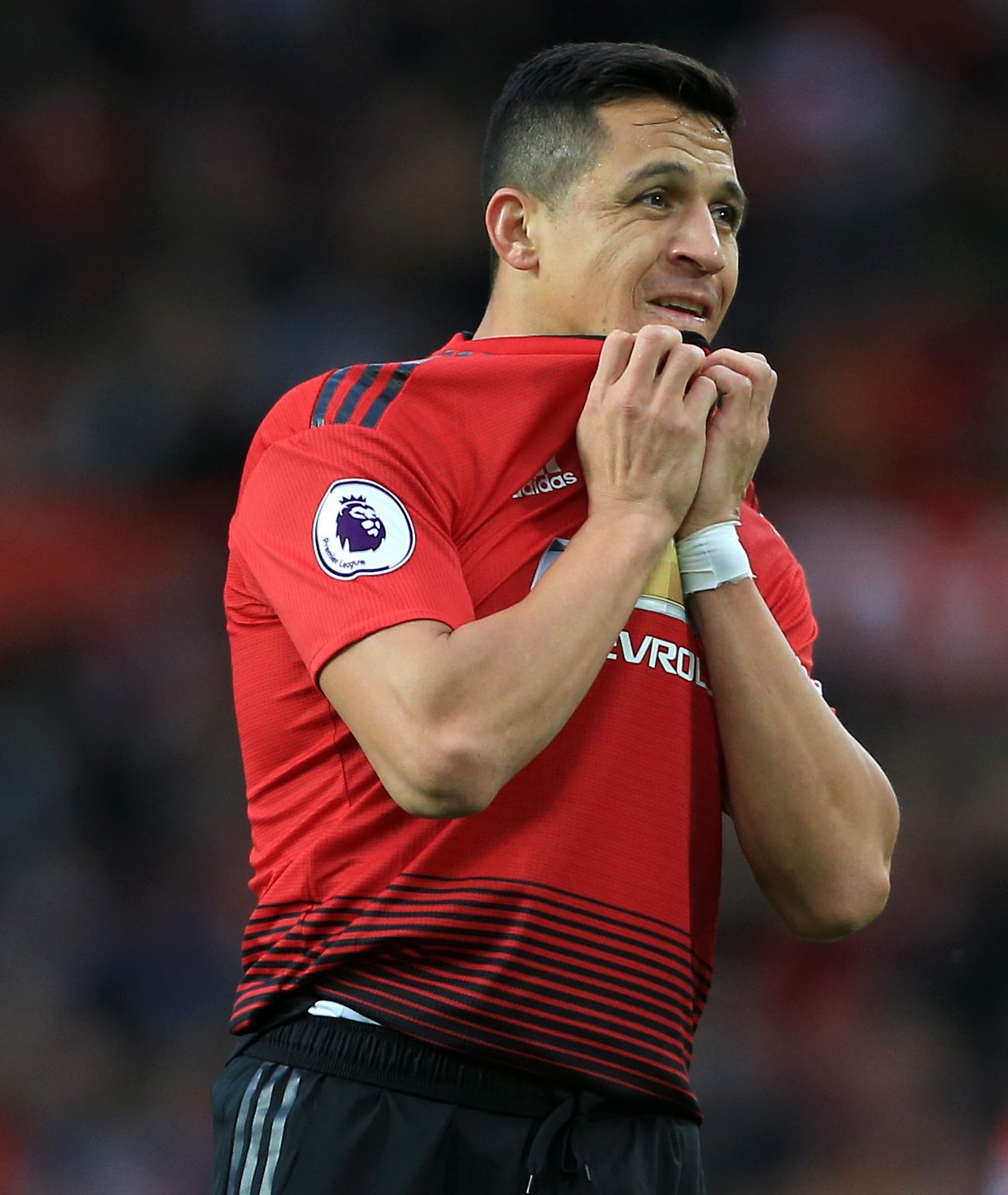 Now Sancho is thought to have agreed to a five-year deal worth a staggering £350,000 a week – with United paying £110million when all is said and done.

But that has not proven a good omen in recent years with the likes of Memphis Depay and Alexis Sanchez crumbling under the pressure of its history.

For 50 years, the club’s icons bore that shirt with pride, and did it justice.

But since Cristiano Ronaldo donned it for the final time in 2009, no one has dealt with the burden of expectation.

Here, SunSport takes a look back at the superstars to wear the hallowed shirt — and the sharp decline in success – starting with the two recent flops.

After four glorious seasons with Arsenal, Chilean star Sanchez appeared to be a no brainer when United added him to their ranks for £32m.

And Robin Van Persie had previously shown that he could adapt from a move from North London.

However, Sanchez has been a major disappointment – a shadow of the player who ripped defences apart at the Emirates Stadium.

Just five goals in 45 appearances, he is deemed surplus to requirements – shipped out to Inter Milan on loan this season. 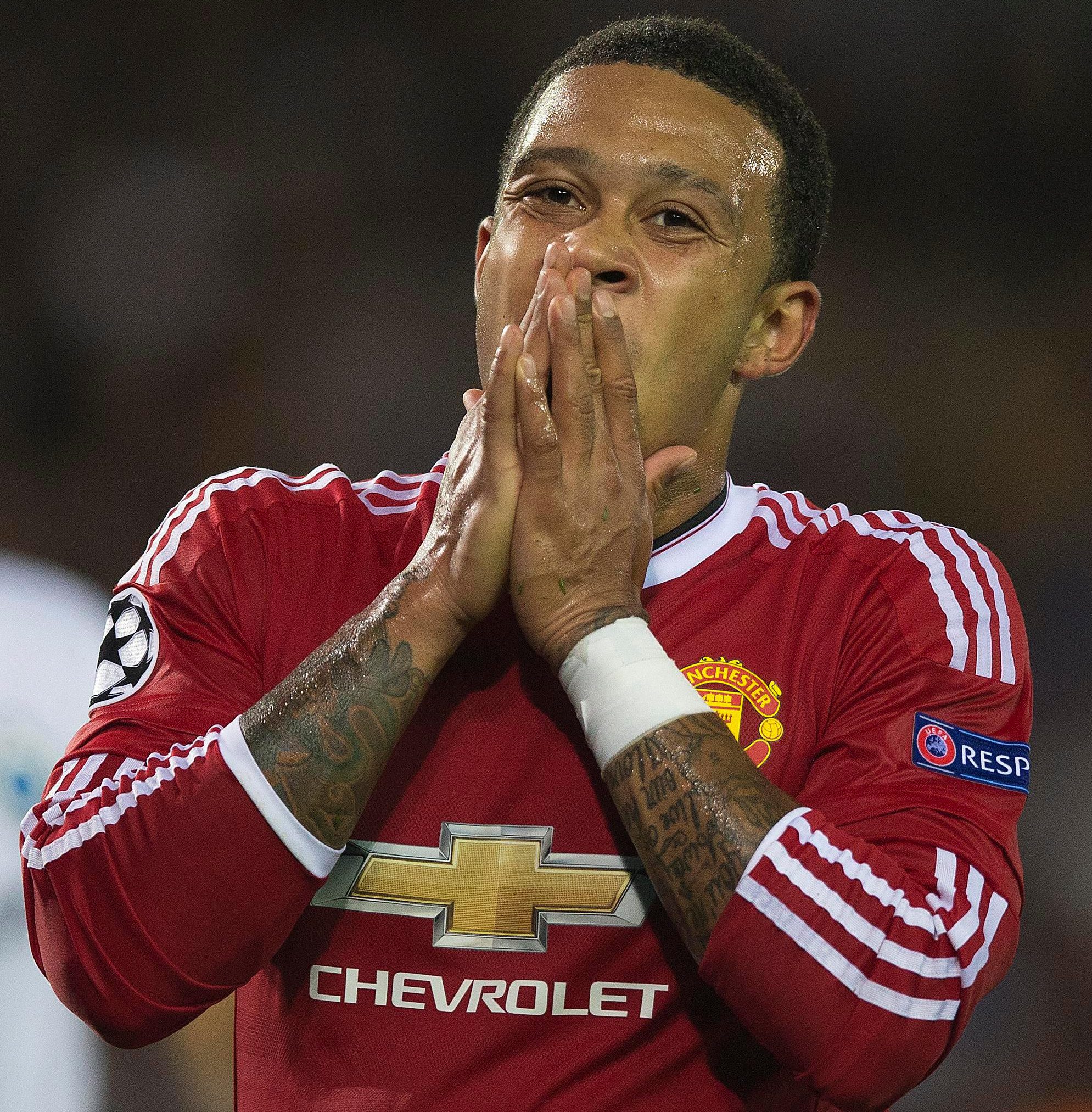 Memphis Depay suffered curse of the Manchester United No7 shirt

Memphis was immediately handed the No7 jersey by Louis van Gaal after signing for £25MILLION from PSV.

But, despite the hype surrounding his arrival, it was just constant disappointment for the Dutchman, and he left to join Lyon on loan after 12 months, which soon became a permanent deal.

Depay has rediscovered his form with the French giants, scoring 53 times in 134 games from the wing.

It's a better return than the seven in 53 he managed with United. 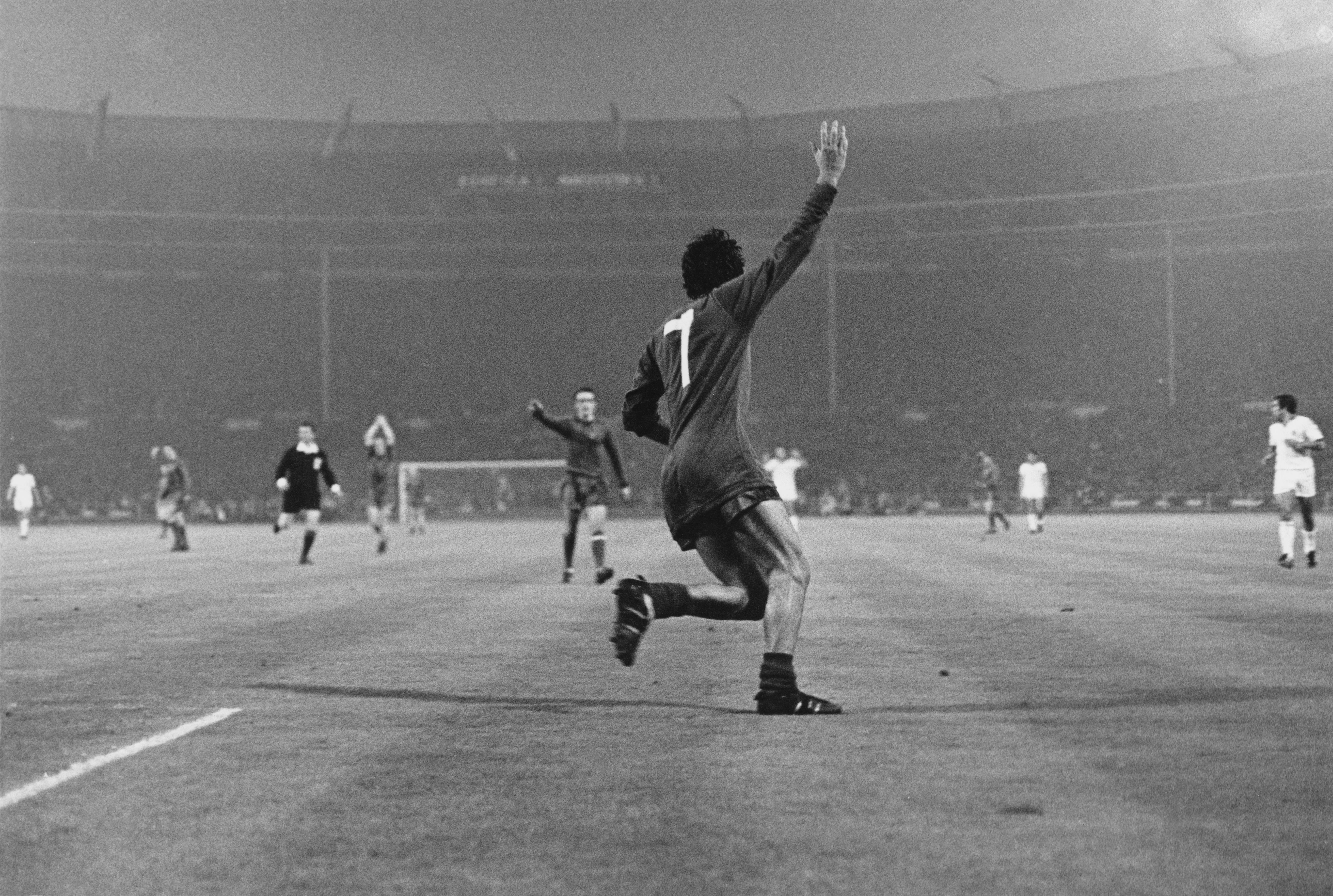 In an era where shirt numbers were not assigned, Best donned it in 141 of his 474 games.

In 1966, he wore it in what is generally considered his greatest-ever performance, netting twice as United battered the great Benfica 5-1 in Lisbon — and against the  same opponents in the European Cup final two years later.

Best is considered by many the most naturally gifted footballer to have come out of Britain. 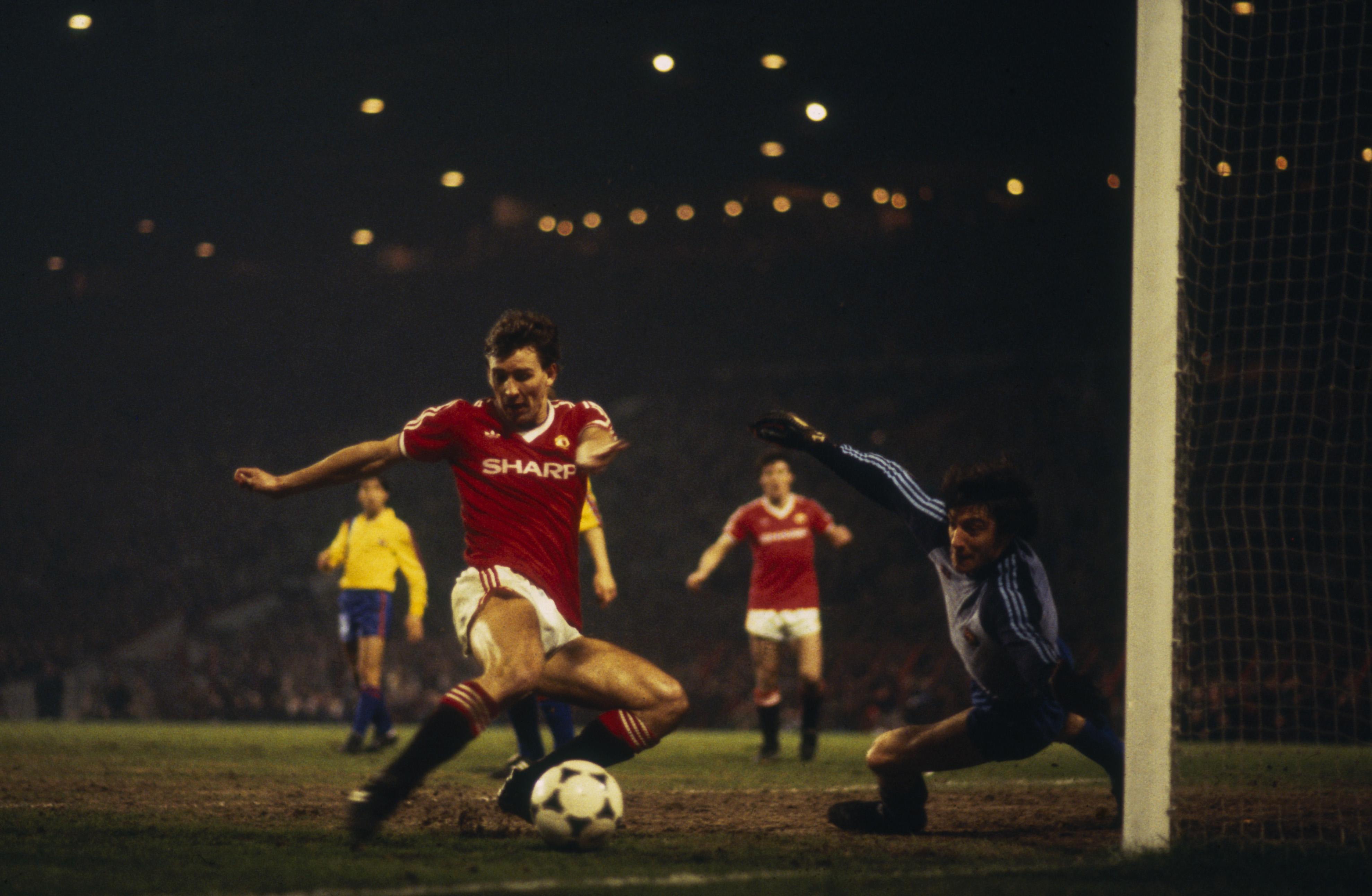 Immediately picked up the No.7 shirt, despite Steve Coppell still being at the club.

‘Captain Marvel’ was unlucky to play in a United side which failed to challenge for the title during the 1980s — and is the club's longest-serving captain, who won 90 England caps.

A leader whose influence was apparent as his two goals famously helped the Red Devils overturn a 2-0 deficit against Barcelona in one of Old Trafford’s most glorious nights in 1984. 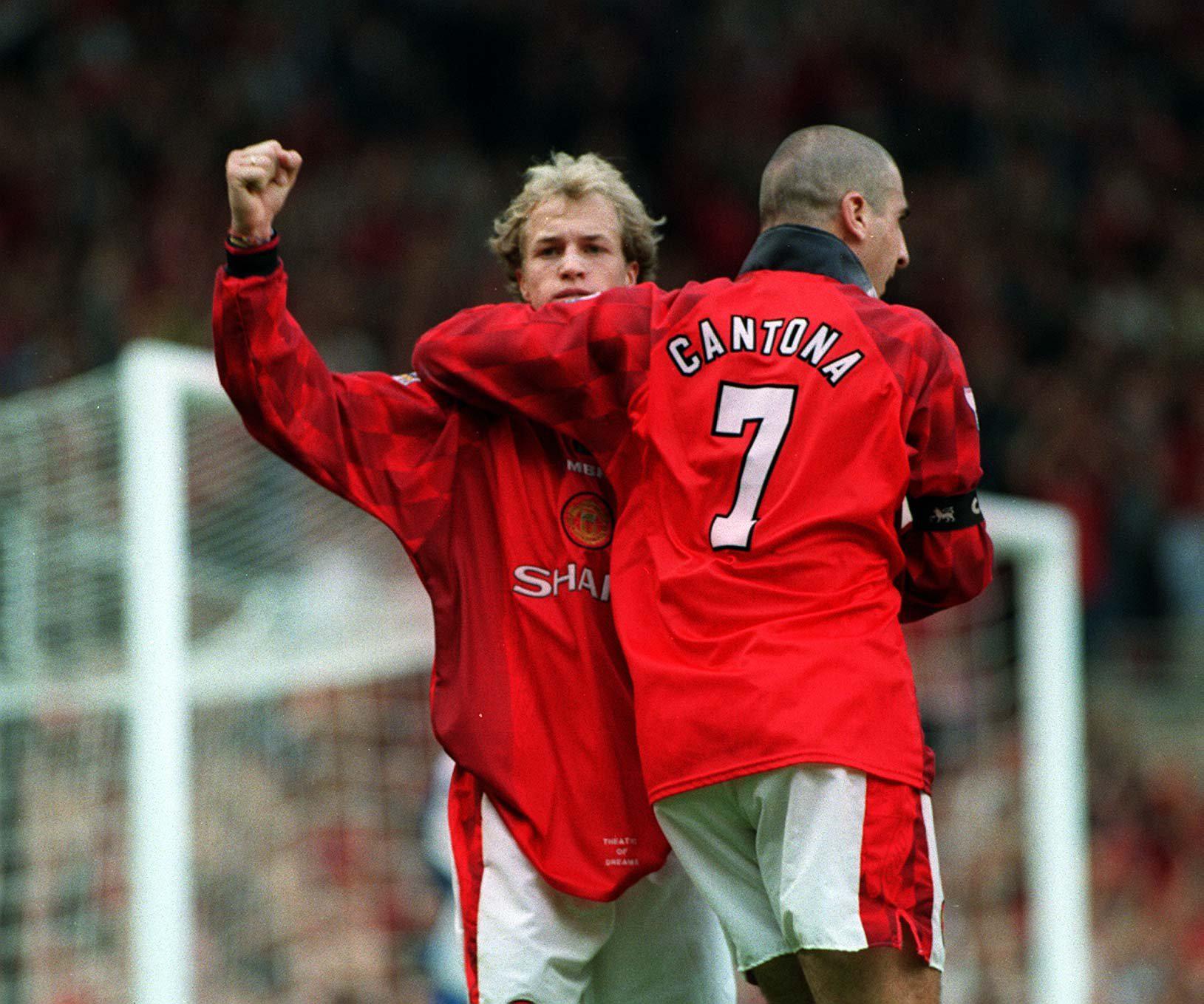 Eric Cantona was the catalyst for Manchester United success in 1990s

First player to be officially assigned the No7 shirt.

Cantona was the catalyst, who helped transform United from nearly men to Premier League champions.

He won the title in four of his five seasons at the club — and the only time he failed to was when he was banned for eight months for kung-fu kicking a Crystal Palace fan. 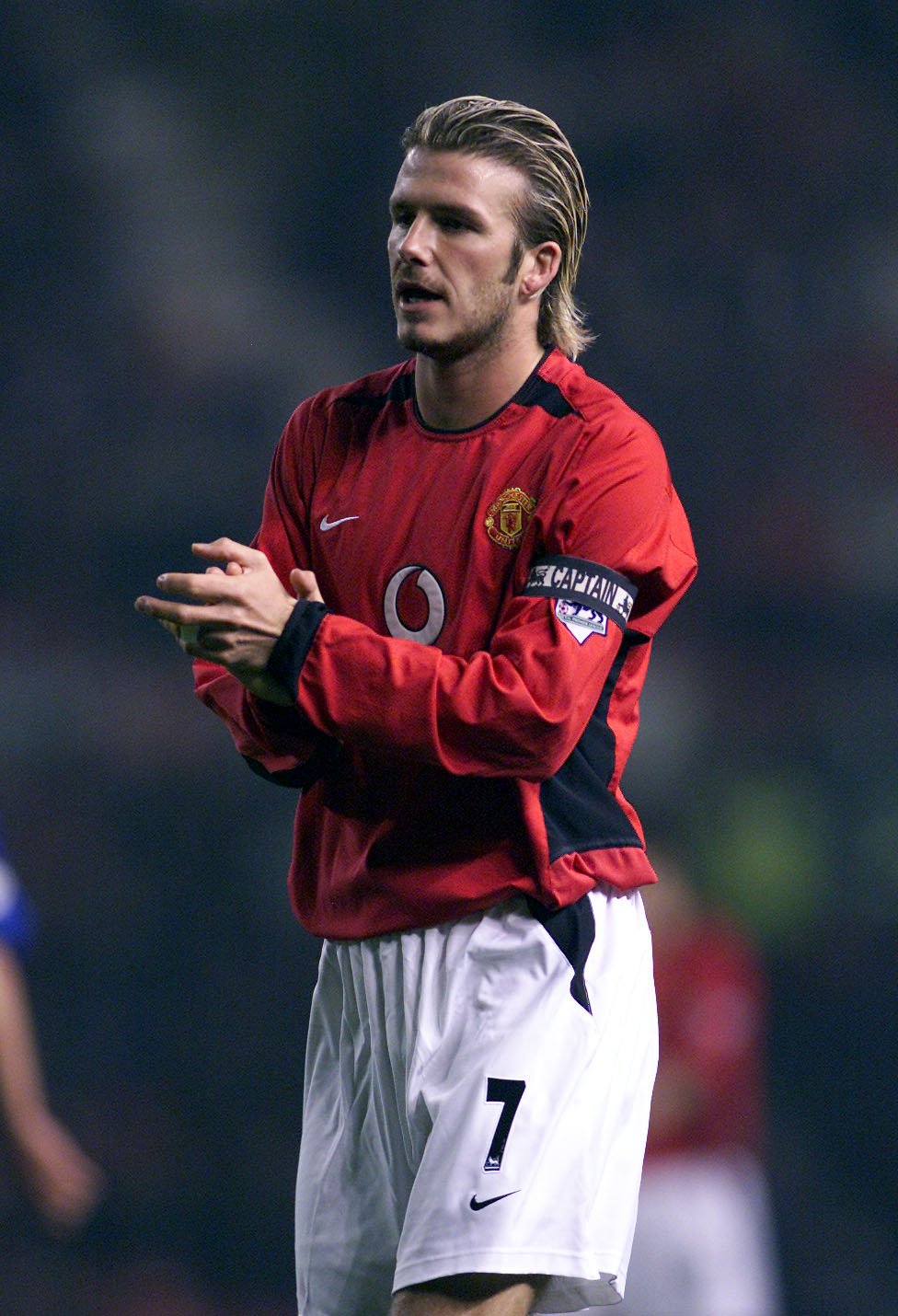 An academy graduate who started off as No28, before moving up through the No.24, No.10 and eventually No.7 shirt when Cantona left.

Beckham provided vital assists in the Champions League quarter-finals, semi-finals and final in 1999 as United completed an incredible Treble.

He wore the shirt during his peak years at the club and established himself as the best set-piece taker in world football. 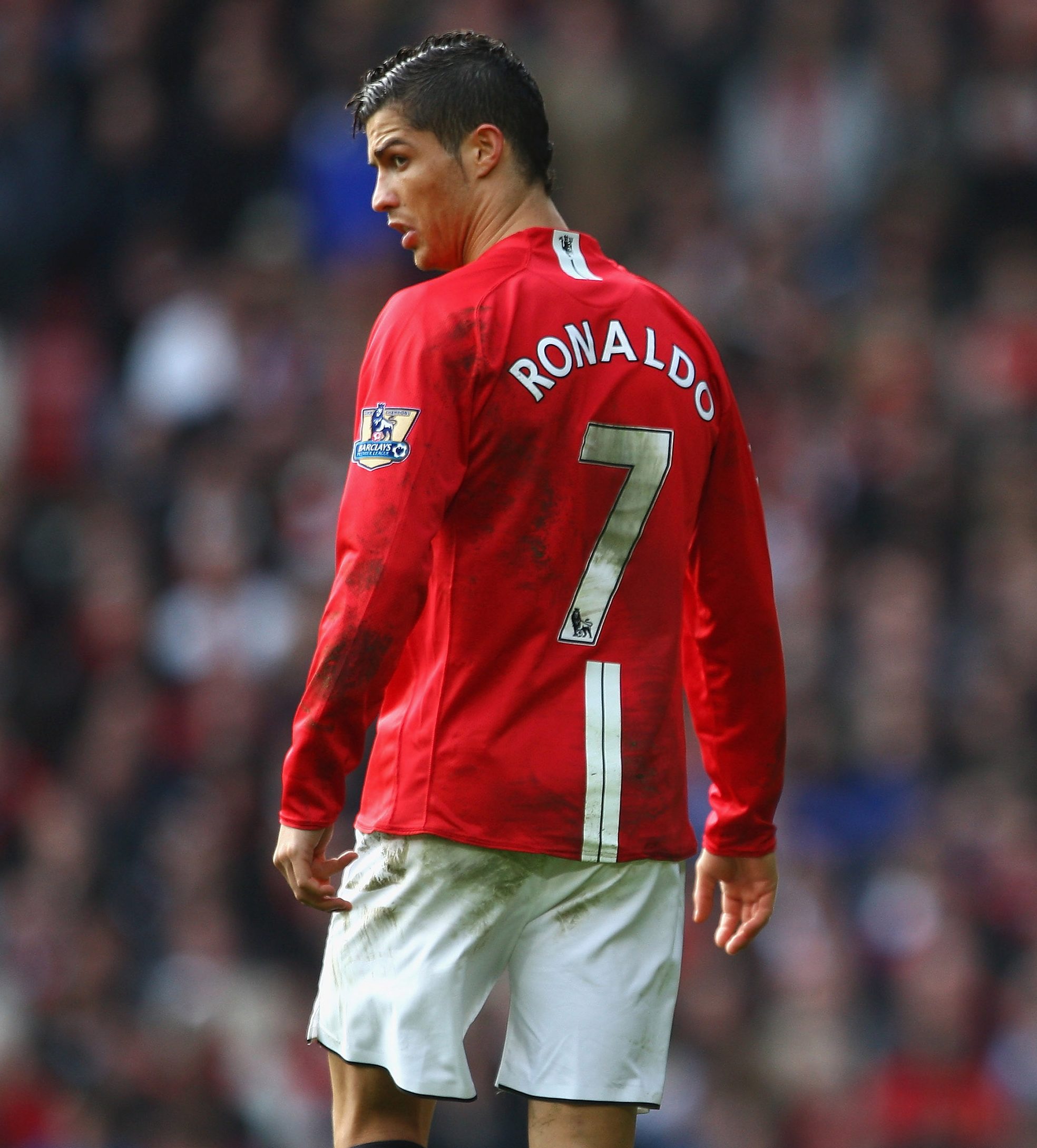 Cristiano Ronaldo was handed No.7 shirt at age of 18 and thrived in it

Replaced Beckham and, at the tender of age of 18, was handed the most prestigious shirt at the club.

But Ronaldo thrived under the pressure and went from strength-to-strength.

Won a trophy in all but one season and became United’s fourth Ballon d’Or winner. 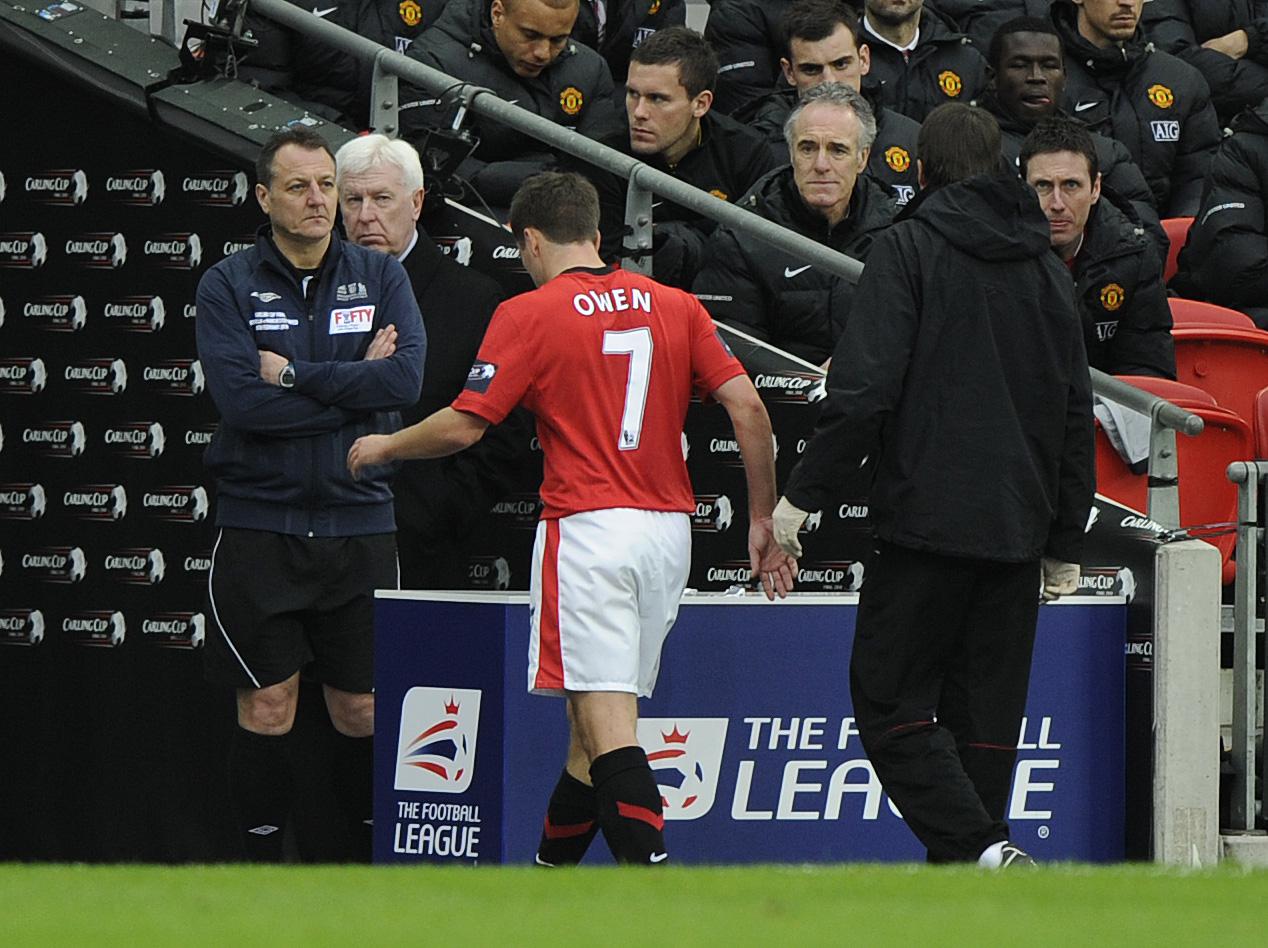 In the whole of world football, only Lionel Messi would have been fit to fill the huge chasm left behind by Ronaldo in 2009.

Injury-prone Owen was nearly 30, had just been released by recently-relegated Newcastle and was only signed as back-up after United had missed out on Karim Benzema. 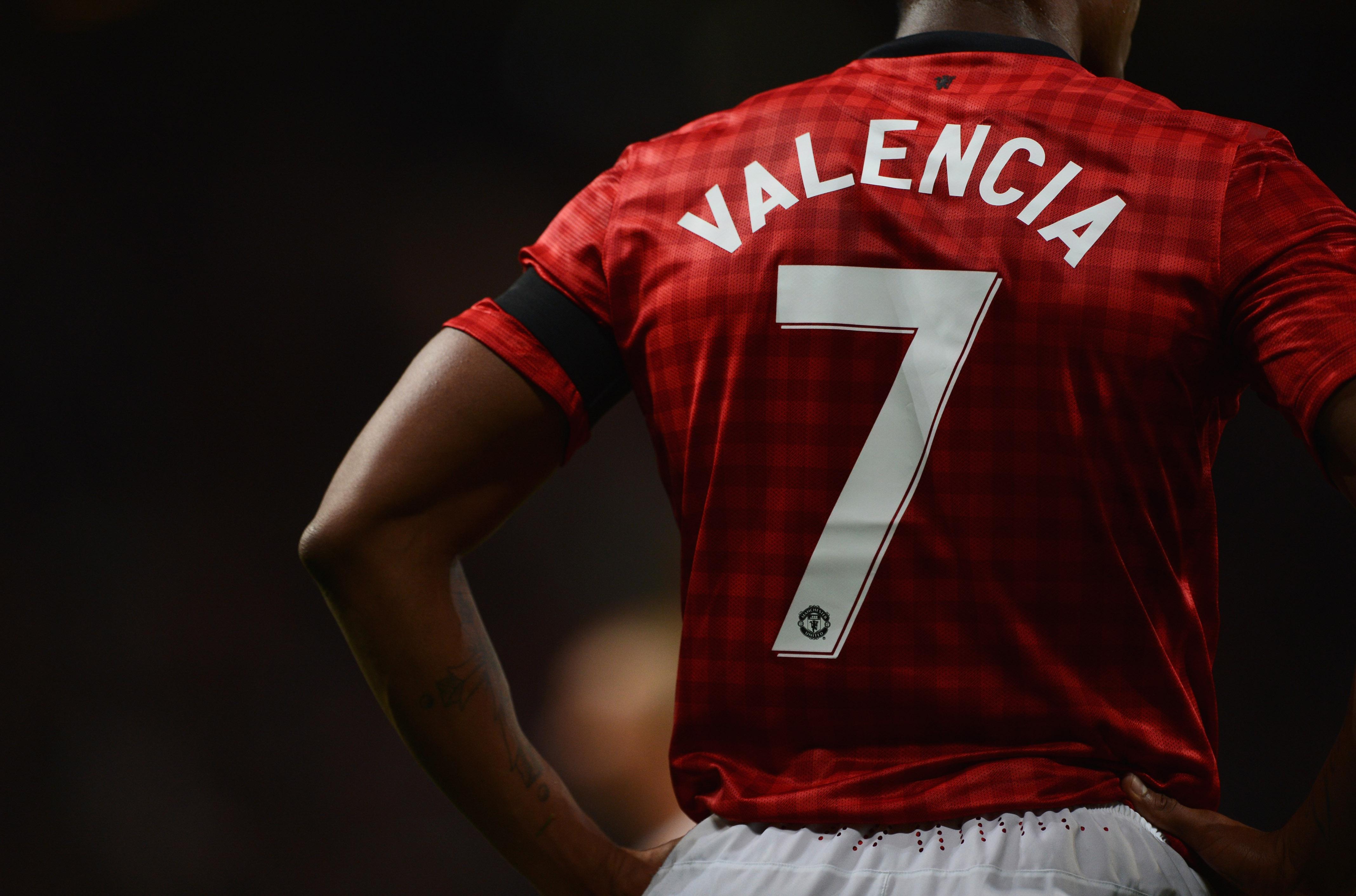 Antonio Valencia reverted back to No.25 after poor season with No.7 shirt

United's 2011-12 Player of the Year was then handed the No7 shirt after three seasons wearing the No25 — and it was again worn by a right-winger.

However, while Sir Alex Ferguson led his men to a 13th title, Valencia endured without doubt his worst seasons at the club.

At the end of the campaign, he requested the No25 shirt again and there was no No7 during David Moyes' reign. 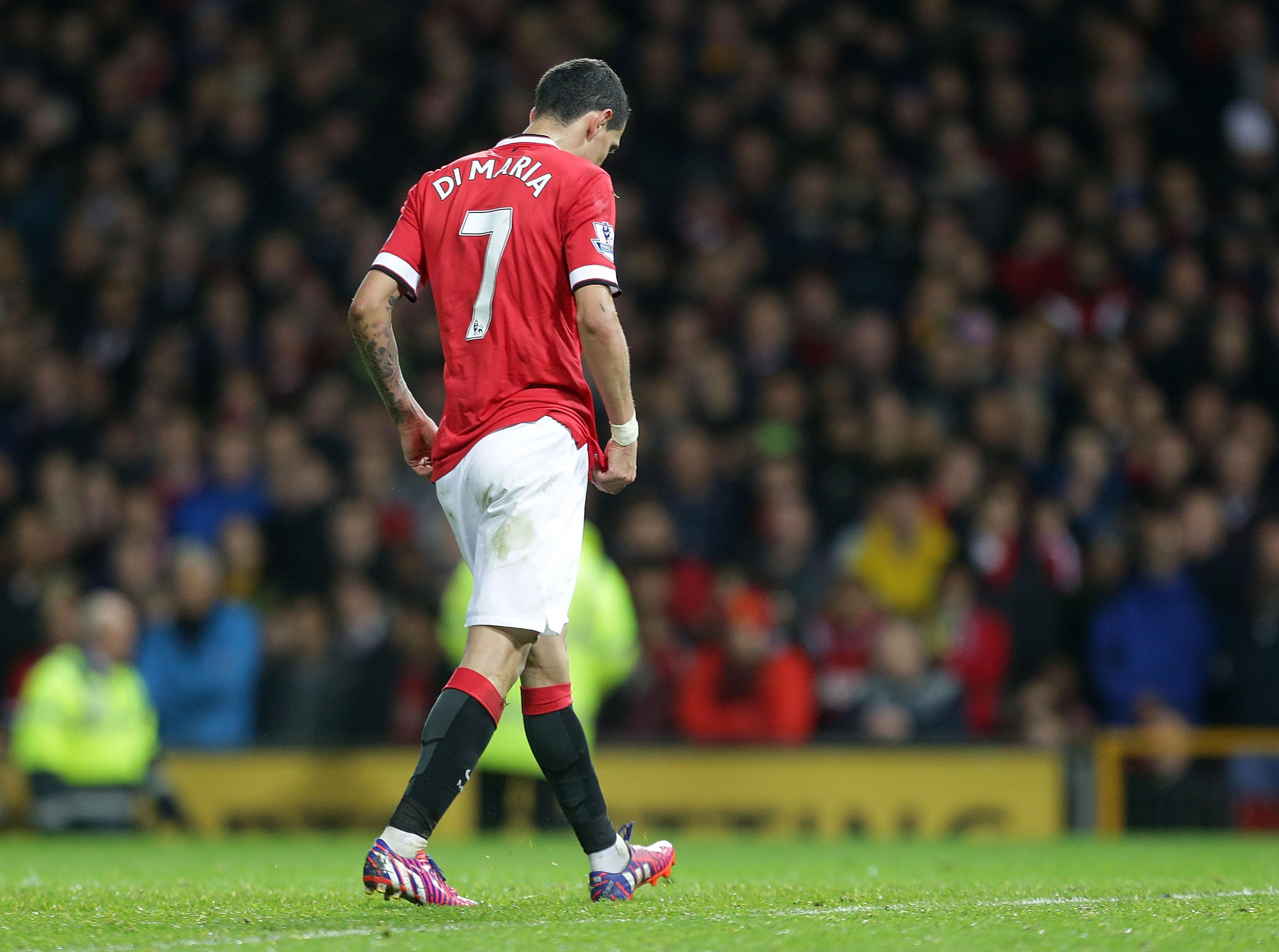 Despite his staggering fee, it was a disastrous spell in Manchester for Angel Di Maria

United and English football’s then record signing at £59.1million.

Di Maria arrived from Real Madrid after a man of the match performance in the Champions League final, and initially looked a good signing.

But his form dipped drastically, and he became a liability. Sold to Paris Saint-Germain after just one season for £44m.