The Pandemic Is Already Affecting Next Year’s Sports Schedule

From restricted environments to daily testing to empty stadiums, it has been a year of drastic disruption of sports. But while leagues are eager to return to normalcy, it appears as if the virus will continue to alter their seasons for some time to come.

With coronavirus cases surging across the United States, the major North American leagues are putting into place plans for changes to their traditional seasons.

The N.B.A. announced this week that it would have a shorter regular season. The N.H.L. is considering a hub system for games and realignment. And the N.F.L. has agreed to expand its playoffs if new outbreaks force it to cut short its regular season.

Here are some ways things might look different in those leagues in the months ahead. 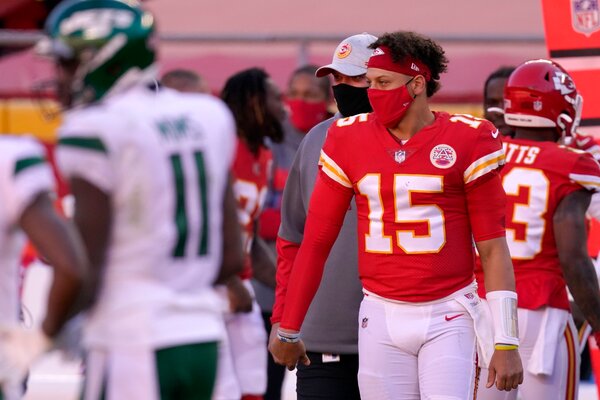 The league has been determined to complete 16-game schedules for every team, even as dozens of players have tested positive and a few teams have had to postpone games because of multiple cases. Those postponements led to a cascade of rescheduled games.

But this week the league’s teams agreed that if the national surge of cases leads to more postponements or cancellations, the league is willing to push games, which are normally fit into a 17-week schedule, into an 18th week. And if that is not enough to schedule every game, the league voted Tuesday to expand the playoffs to 16 teams, from 14. The goal would be to prevent a team from missing the playoffs because it was unable to play its entire schedule, perhaps through no fault of its own.

The playoff expansion would only go into effect if “meaningful” games were missed; in other words, games that potentially would affect playoff berths.

The league had already expanded the playoffs this season to 14 teams, from 12.

The league announced this week that its 2020-21 season would be shorter: 72 games rather than the usual 82.

The reason for the truncation is that the season will start a month late, on Dec. 22, because of the delay in completing the last one. With training camps set to open in early December, the off-season will be especially short for teams like the Los Angeles Lakers and the Miami Heat, whose final game in the league’s Florida bubble was Oct. 11. (Eight teams who did not compete in the bubble, on the other hand, have not played since March.)

This year’s abbreviated off-season will include the usual free agency and trading periods, though on an accelerated timetable. The N.B.A. draft — a staple of June for years — will be held, belatedly, on Nov. 18.

Not every team will start from the same point. After the 2019-20 season was halted in March because of the pandemic, the weakest eight teams had their seasons ended after 64 to 67 games. The others returned in July and completed schedules of 71 to 75 games before the playoffs.

The league is considering reducing its schedule, realigning its conferences and keeping players in bubbles for a few weeks at a time, Commissioner Gary Bettman said Tuesday.

“You’ll play for 10 to 12 days,” Bettman said. “You’ll play a bunch of games without traveling. You’ll go back, go home for a week, be with your family.” Those games would be at teams’ home arenas, he said.

He said the short-term plan for games in restricted environments was designed to avoid keeping players in quarantined bubbles for the entire season. When the league resumed in August after a four-month pause for the pandemic, all games were played in Toronto and Edmonton, Alberta.

But because the N.H.L. has seven teams in Canada, and because their ability to travel will be hampered by strict border-crossing rules, the league was also considering realigning teams geographically.

A season shorter than the usual 82 games is also being contemplated.