The Science of Building a Better Pitcher

When Wes Johnson started his coaching career, in 2003 at Abundant Life high school in Sherwood, Ark., he quickly learned what he needed to win. Invariably, his teams would end their seasons by losing close playoff games to dominant pitchers. Johnson began a quest to find out how to build an ace.

His skill at doing so led to several college jobs, most recently as the pitching coach for the University of Arkansas, his platform for an unusual leap this season, to the Minnesota Twins. Johnson is believed to be the first pitching coach to jump from college to the major leagues.

In Johnson’s first game, on March 28, starter Jose Berrios and the bullpen gave him just the kind of victory that once eluded him: a 2-0 gem over the Cleveland Indians. The Twins totaled 39 strikeouts (13 in each game) in their three-game opening series, an encouraging sign for a staff that has struggled for years to master the art of power pitching.

The Indians have no such trouble; four of their starters topped 200 strikeouts last season, helping the team win its third consecutive American League Central title. For the Twins to challenge, they need Johnson’s pitchers to respond to his modernized approach, which relies heavily on biomechanics.

“I’m going to come in and tell them the why,” Johnson said, repeating what he told the Twins’ top baseball officials, Derek Falvey and Thad Levine, in his job interview. “The biggest thing is: ‘Why are we doing something?’ And it’s not going to be a subjective why. It’s going to be 100 percent objective through science or through their data. If we’re going to make a change to a guy, we can’t just make a change because it doesn’t please our eyes.”

Johnson, 47, personifies a trend in baseball: pairing tech-savvy coaches with a generation of players who crave actionable data. The coach’s pitching background is largely irrelevant; like Johnson, the new pitching coaches for the Los Angeles Angels (Doug White), the Seattle Mariners (Paul Davis) and the Cincinnati Reds (Derek Johnson, formerly of the Milwaukee Brewers) never pitched in an affiliated professional league.

“Those are the four that maybe never did anything, never played pro ball, that are going to be cutting edge,” said Brent Strom, 70, the pitching coach for the Houston Astros. “I’m just glad I’m getting out now while they’re coming up. I might just slyly get out of here and let them take over. These guys, they know their stuff.” 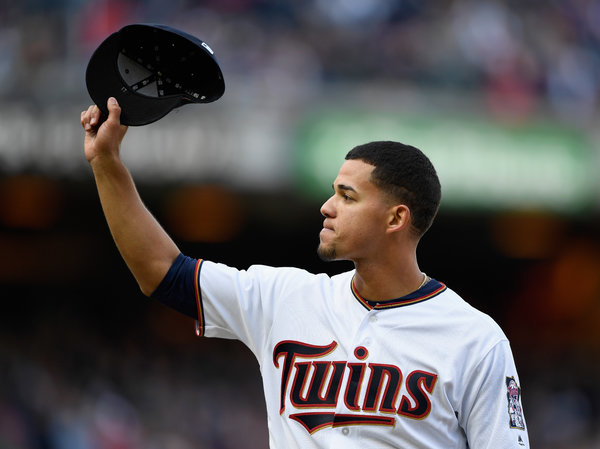 Before his college coaching career — which wound through Central Arkansas, Dallas Baptist, Mississippi State and Arkansas — Johnson connected with Strom through Pat Harrison, a mutual friend. Strom invited Johnson to a clinic featuring Paul Nyman, a pioneer in sports science who emphasized momentum over balance in a pitcher’s delivery, with research, rather than conventional wisdom, to support his theories.

At smaller colleges, especially, Johnson tended not to have the most polished prospects, who had signed professionally or chosen larger programs. To compete, he specialized in development, imparting the lessons he learned from Nyman, Strom and others like Ron Wolforth, the founder of the Texas Baseball Ranch, who hosted clinics they all attended.

Wolforth cited Johnson’s personality and curiosity as reasons for his unlikely rise.

“He’s so bubbly, and he just bounces off the walls with energy,” Wolforth said. “For those first 10 years or so, from high school to Central Arkansas to Dallas Baptist, he started to experiment with some things and find out what worked, and as he did that, he would add the next brick. Some things were just accepted dogma, but Wes was really interested in a different perspective. He looked at things upside down.”

Falvey, a former Indians executive who joined the Twins as chief baseball officer in October 2016, met Johnson at a Wolforth clinic and followed him from afar. When the Twins fired Paul Molitor as manager after last season and restructured the coaching staff, Falvey, a former pitcher at Trinity College, turned to Johnson, intrigued by his many years of studying the craft.

“There’s an argument to be made that in college circles, in the last few years, anyway, they may have been using more information and technology than we were on the pro side,” Falvey said, adding later: “In the professional game, the traditional way of getting on the field was: You finish playing and you become a coach. There was no real in-between step of learning and developing.”

Strom did pitch professionally, for five major league seasons in the 1970s, but his Astros pitchers respond to him because of his information and ability to convey it. The Astros’ staff led the majors in strikeouts last season, and Strom said the Twins could be similarly transformed.

“They’re going to be much, much better because of Wes,” he said. “For years, the Twins had always had the reputation of inducing contact, so they wouldn’t strike out many people. It reminded me of when I was with the Cardinals: induce ground balls, sinkers, that kind of stuff. Wes is bringing four-seam fastballs, elevated pitches, sequencing pitches, and he knows the delivery very well because he’s studied it.

“It just goes to show you that players don’t really care who you are; they care if you care, and Wes really cares. He cares for the players.”

The Twins have needed a change. In the eight full seasons since their last division title, in 2010, they had the fewest strikeouts per nine innings in the majors, just 6.79. They were pitching to contact with poor results, allowing a .305 average on balls in play in those seasons (worse than every staff except Colorado’s), and inducing soft contact just 17.6 percent of the time, matching Arizona for the worst such figure, according to FanGraphs.

Last season, though, the Twins set a franchise record for strikeouts — 1,377, almost precisely the league average. But they also issued 573 walks, their most in 22 years. Johnson said the Twins would use data to devise more effective pitch sequences, tailored to each pitcher’s stuff and physiology.

“I’ve been asked that question: ‘What’s your pitching philosophy?’” Johnson said. “Well, I’ve got one for Mike Pineda. I’ve got a completely different one for Martin Perez or Kyle Gibson or Jake Odorizzi. Because their bodies work different, their stuff plays different, they need different things in the training room. Some guys need more momentum; some guys don’t need as much momentum. Some guys throw across their body because they’ve got loose hips, so you may not change that guy. But another guy who throws across his body, because he’s got tight hips, you’ve got to change him.”

That last idea brought a smile to Jim Kaat, the ace of the Twins’ 1965 A.L. championship team. Kaat, now a television analyst for the Twins and MLB Network, thrived under the pitching coach Johnny Sain, a progressive instructor for his time who understood spin better than his contemporaries and encouraged hip rotation through rudimentary drills.

“We did those things in the old-fashioned methods, but now they can actually show you where you could improve by 5 percent, 10 percent,” Kaat said. “All that stuff, Johnny would be interested in it for sure.”

The methods of measurement have changed. But for the wisest pitchers and coaches, the desire to evolve never ends.

Ron Darling, Mets broadcaster and former pitcher, issued a statement on the morning of the team’s home opener Thursday saying that he stands by the stories in his new book but would have no further comments because of a legal threat.

The book, “108 Stitches: Loose Threads, Ripping Yarns, and the Darndest Characters From My Time in the Game,” was released Tuesday by St. Martin’s Press and accuses Lenny Dykstra of shouting racist taunts at Boston Red Sox pitcher Oil Can Boyd before Game 3 of the 1986 World Series. Dykstra — who then homered off Boyd to start the Mets’ comeback in that series — has vehemently denied the story, and some 1986 teammates have supported him publicly.

Without wading into that controversy, it should be noted that Dykstra is mentioned on just four of the 245 pages in a spirited, revealing read. Darling is an exceptional broadcaster because of the refreshing honesty underlining his communication skills, and those qualities come through in the book, written with Daniel Paisner. Darling gives his unvarnished opinions of players, managers, coaches and broadcasters, spiced with colorful, revealing anecdotes that only a perceptive former teammate would know.

Frank Howard, his first manager, did not travel with a suitcase; a clubhouse attendant would wash his only set of clothes at the ballpark every day while Howard was in uniform. Kevin Mitchell, a teammate in 1986, chased down a mugger on a Boston street after Darling won Game 4 of the World Series. Alejandro Pena, a Mets reliever in the early 1990s, had Darling’s favorite clubhouse nickname: Dirty, Stinky, Rotten, Filthy Al Pena.

“I never knew why,” Darling writes. “He wasn’t dirty, stinky, rotten or filthy. But that’s what we called him, in full. And, best of all, he answered to it.”

The Dykstra accusation is serious, of course, and Darling is also critical of others for lesser offenses. But with a thorough reading, the book is just as memorable for the whimsical, breezy tidbits that add texture to some of well-known characters he has known in a long, honorable career in baseball.

Elvis Luciano had never pitched above the rookie league when the Toronto Blue Jays chose him eighth over all in December in the Rule 5 draft. To keep him in their organization — without offering him back to his previous team, the Kansas City Royals — the Blue Jays would have to put Luciano on their major league roster. They did, and he made his debut on March 31 with one and a third scoreless innings.

That was noteworthy, if unremarkable; some Rule 5 draft choices always end up on the rosters of rebuilding teams. What makes Luciano distinctive is his birth date: Feb. 15, 2000. He became the first player born in the 2000s to appear in a major league game.

Judging by recent history, Luciano has a high standard to meet. Based on a list provided by the Elias Sports Bureau, the last three first-of-their-decade major leaguers have had long, successful major league careers.

The first major leaguer born in the 1970s, pitcher Wilson Alvarez, lasted 14 seasons, throwing a no-hitter and making an All-Star team. The first from the 1980s, the Los Angeles Angels slugger Albert Pujols, is the only player with 600 home runs, 3,000 hits and two World Series championships. The first from the 1990s, Miami Marlins shortstop Starlin Castro, has made four All-Star teams and once led his league in hits.

Then again, others made a much smaller impact. The first player from the 1910s, Joe Cicero, played briefly for the Boston Red Sox in 1929 and 1930, and then roamed the minors until resurfacing with the 1945 Philadelphia Athletics. Tim Conroy, the first player from the 1960s, pitched twice for the Oakland Athletics in 1978 — just days after he was drafted from a Pennsylvania high school — and went 18-32 over all for the A’s and the St. Louis Cardinals.

Fortunately for Luciano, he has already done more in his career than the first major leaguer born in the 1900s: John Cavanaugh, a Philadelphia Phillies third baseman who was born on June 5, 1900. Cavanaugh made his debut on July 7, 1919, striking out against Jesse Barnes of the New York Giants in his only at-bat. He never appeared in the majors again.