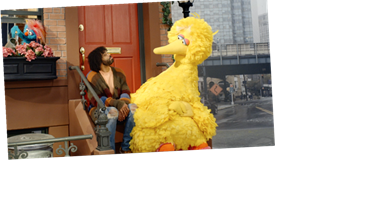 Super Bowl 55's commercial lineup was full of first-time appearances, as some of the typical brands you'd expect to see during the game opted out, which created an open casting call to be part of the yearly cultural phenomenon.

The result was an exciting mix of companies — some unknown, some topical, some iconic — all gazing upon advertising's most prominent stage with the hopes of creating its 30 seconds (or minute) of fame.

From that group, these were the five highest-rated spots by USA TODAY Ad Meter panelists.

While Budweiser didn't make an appearance, Anheuser-Busch did take the opportunity to release several spots this year, including two first-time brands that began with its Bud Light Seltzer Lemonade commercial.

The brand's citrusy twist on the hard seltzer game received a major boost on Super Bowl Sunday, thanks to the creative take on the unexpected "lemons" that 2020 provided.

It's one of television's purest facts, a truth that has been constantly reverified since 1969: It's hard to overlook an 8-foot yellow bird.

Online food delivery service DoorDash nearly cracked the top 10 on its first try with this nostalgia-filled sing-along that included talented multiartist Daveed Diggs and some of the familiar characters from Sesame Street.

Anheuser-Busch's second spot that fit the first-time category — if you can believe it — was the brand's inaugural go at a "corporate" ad in the Super Bowl. Technically, it's hard to look at this type of entry as a genuine novice, but you can argue that the larger the company, the larger the fail.

While the relatable 60 seconds of daily ups and downs (and the remedy) didn't make any typical beer-brand push into the top spots, a 15th-place nod is a worthy achievement.

Ad Meter 2021: Huggies shows us the perks of being a baby

Huggies took the "newbie" concept one very literal (and adorable) extra step in its first-ever Big Game ad. The cast of newborn babies who make a cameo were actually born on Feb. 7, 2021.

The company's iconic stature does make you run through past Super Bowl commercials in your head, as it seems entirely possible one ran before. But no. This lighthearted take on a baby's early activities will go down as the first such ad — and a good one at that.

Ad Meter 2021: Uber Eats teams up with Waynes World and Cardi B to promote eating local

Uber Eats tried a mashup of nostalgia and modern-day in its Super Bowl spot, tapping "Wayne's World" duo Wayne Campbell and Garth Algar plus rapper Cardi B to not (wink, wink) promote the message of eating local.

The commercial didn't crack the top 20, which seemed like a letdown considering the ensemble cast — not to mention a win for Carvey would have been his second nod since being part of the inaugural USA TODAY Ad Meter-winning spot in 1989.

But a top-five finish for a first-time ad is still a solid grab, especially when looking at how tight the race turned out.

WATCH: The top-10 commercials from Super Bowl 55, according to USA TODAY Ad Meter

BEHIND THE SCENES: How a coordinated campaign propelled Rocket Mortgage to rare Ad Meter feat