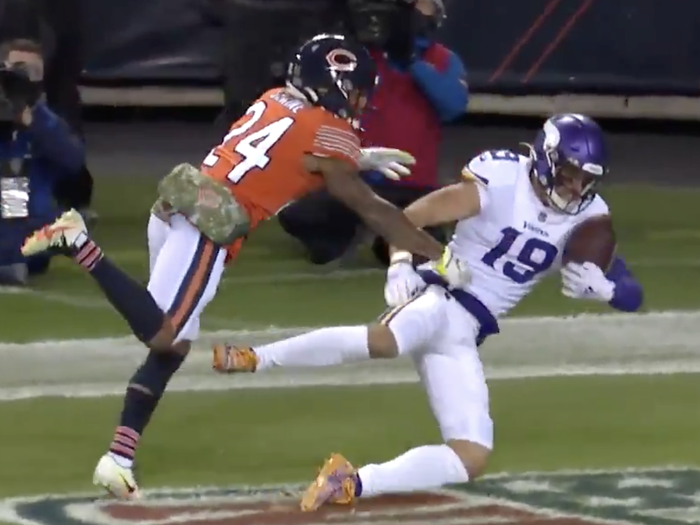 While the majority of the game was a defensive plodding towards the final whistle, Vikings wide receiver Adam Thielen provided one unbelievable highlight early on, opening up the scoring with a one-handed catch in the end zone for a touchdown.

Thielen's play is impressive at first glance but becomes even more astounding on closer examination. As Thielen falls to the ground with just one hand on the ball, the quick-thinking receiver flipped the ball closer to his chest to ensure it would stay in his control through the impact.

On Twitter, fans were in awe of Thielen's ability.

It's likely no one was more thrilled with Thielen's big play than Vikings quarterback Kirk Cousins. Cousins had entered the evening with a depressing 0-9 record in Monday night games, but threw for 292 yards and two scores — both to Thielen — against the Bears on Monday to get his first win.