Reds back-rower Adam Korczyk was the most interesting selection in the Wallabies' starting XV against a combined Super Rugby line-up at Leichhardt Oval on Friday. 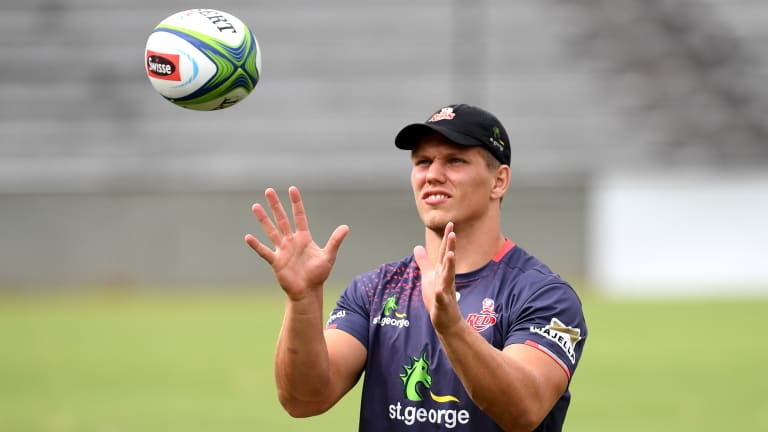 Opportunity knocks: Can Adam Korczyk grab it with both hands?

There are two theories at play.

First, Korczyk is a Michael Cheika type of player and has every chance of playing in the first Bledisloe. He works his backside off at the Reds doing a lot of the dirty work coaches love.

Second, in leaving Lukhan Tui – another blindside candidate – on the bench, Cheika is leaning towards specialists for the back row against the All Blacks.

There is probably a bit of truth in both – and if so it’s clever thinking.

Tui is a heck of player but whether he is ready to start at No.6 against an athletic, mobile team such as the All Blacks is another matter.

The unknown in the back row calculations is the state of Michael Hooper’s hamstring.

His lack of footy is a concern but you would back someone who is no naturally fit, and has played a lot of big games, to be able to come in cold.

But if he is not right it is not the end of the world, as the Waratahs have shown.

And that’s why Korczyk must have sensed a real opportunity when the team was announced as, in many ways, Tui was the obvious choice, having started the Wallabies’ most recent Test against Ireland.

The other option is Pete Samu, although the Crusaders have done the Wallabies few favours here.

Cheika and co must have been willing the Crusaders to start Same in the Super Rugby final against the Lions to see how he goes against a big, physical pack.

It’s a selection that may have affected the Wallabies’ confidence in terms of starting Samu at No.6. Instead, he shapes as a great Bledisloe bench option. 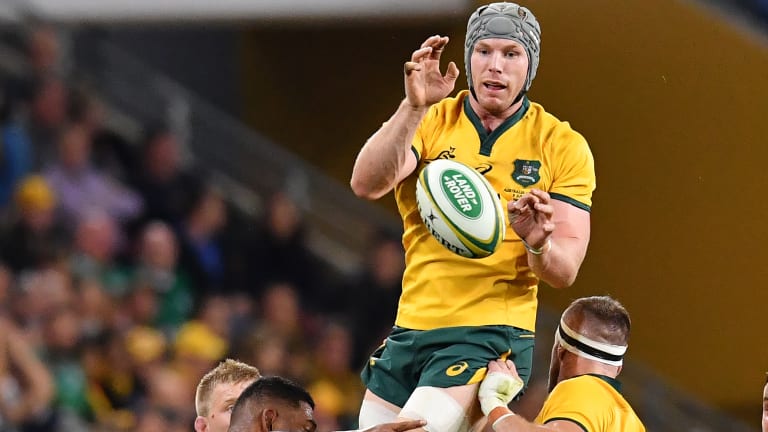 Davide Pocock will captain the Wallabies on Friday night.

It’s also a role Tui has previously thrived in. He was magnificent against the All Blacks in Brisbane last year after coming on in the second row.

Just when the Wallabies needed some energy, he came on and provided some heavy ball carrying, giving the Wallabies those small but crucial gainline victories.

Balance-wise, it just feels right for this Wallabies squad. They have always looked better when they go for mobility and energy in the back row from the outset and that’s what a Timu-Hooper-Pocock or Timu-Pocock-Korczyk unit gives them.

That’s not a criticism of Tui, rather an assessment of how different the No.6 jersey is from the No.5 or No.4.

Watching Tui closely after the June series against Ireland, he struggled a bit for the Reds at No.6.
Against the Blues in Auckland he had a hard time containing the running game of Akira Ioane and the Reds reverted to a more traditional back row set-up after that.

Although he is relatively mobile for a second-rower, there is more to it than that. He has to learn new running lines on attack and defence and understand his role.

For example, let’s say the All Blacks get an attacking scrum with a decent blindside to attack. Tui would be the man who has to get off the scrum quickly enough to try to shut it down. And that’s just one example of how different the role can be.

Elsewhere, the starting Wallabies XV on Friday indicated some encouraging pointers. Reece Hodge is a good footballer and strong at No.13 and Tom Banks and Jack Maddocks can really push their cases for a bench role.

Folau Fainga’a has also been rewarded for his form and the selection of Rory Arnold indicates that Cheika has been won over by the big man.

Keep it quiet, but personnel-wise, Wallabies fans have a few reasons to look forward to August 18 with some restrained optimism.