The fallout from Football Federation Australia’s review into the culture surrounding the Matildas team environment has claimed a third scalp after goalkeeping coach Paul Jones tendered his resignation.

The FFA confirmed the end of Jones’ tenure in a brief statement on Friday, less than a week after the shock sacking of former head coach Alen Stajcic. 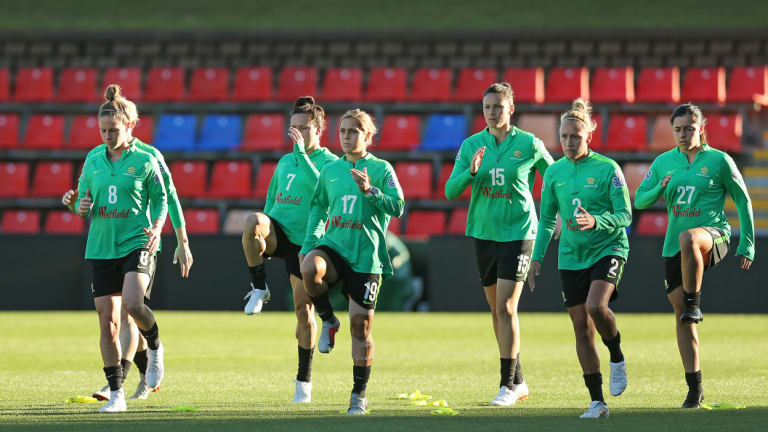 Rudderless: Paul Jones’ resignation leaves the Matildas without a head coach or goalkeeping coach, with only Stajcic assistant Gary van Egmond left in his position.Credit:Marina Neil

Sources suggest Jones offered no reason as to why he would quit less than five months before the start of the 2019 Womens World Cup in France, only notifying the FFA of his intention to step down immediately.

The Herald understands Jones was one of Stajcic’s closest confidants. Jones has become the second assistant to follow the popular coach out of the door since Stajcic was sacked on Saturday. Nahuel Arrarte resigned from his position last Saturday evening in protest at Stajcic’s sacking.

It is understood Jones’ position was among those that were set to be assessed by the FFA as a result of the review into the working environment of the team after the players’ union, the PFA, received a higher number of complaints surrounding the Matildas than they would for another club.

After being notified in August of potential issues in and around the team, the FFA conducted a review with the PFA into the Matildas staff and players, followed up by a survey by Our Watch – an organisation that addresses diversity for women.

The reviews, alongside interviews with players and staff, led to the FFA terminating the contract of Stajcic, giving the coach a reported nine-month payout but offering little clarity over his sacking.

FFA chief executive David Gallop confirmed the review into the Matildas’ team culture was ongoing, saying: ‘‘The board is keen that we continue to review the preparation for the World Cup.’’

However, it is understood that Jones had not been questioned by the FFA before his resignation. Jones was hired as the Matildas’ goalkeeping coach in 2014 by Stajcic and was part of the team for the 2015 World Cup. Sources close to the Matildas squad informed the Herald Jones was considered a divisive character among players.

Like Arrarte, the appointment of Jones was made by Stajcic. The goalkeeping coach was one of those loyal to the former Matildas boss.

‘‘Football Federation Australia today accepted the resignation of Westfield Matildas goalkeeping coach Paul Jones,’’ a statement read. ‘‘Jones was brought back into the Matildas program by Alen Stajcic in 2014, and has attended three FIFA Women’s World Cups and one Olympic Games tournament.’’