La Rosiere: Geraint Thomas claimed the stage win and the race leader's yellow jersey on the Tour de France on Wednesday, with a powerful ride up the final climb of a gruelling 108-kilometre run from Albertville to La Rosiere.

Team Sky's Thomas, who won the Criterium du Dauphine last month, attacked near the end of the 11th stage. The 2017 Giro champion Tom Dumoulin took second place, 20 seconds behind Thomas and just ahead of his Team Sky colleague and defending champion Chris Froome. 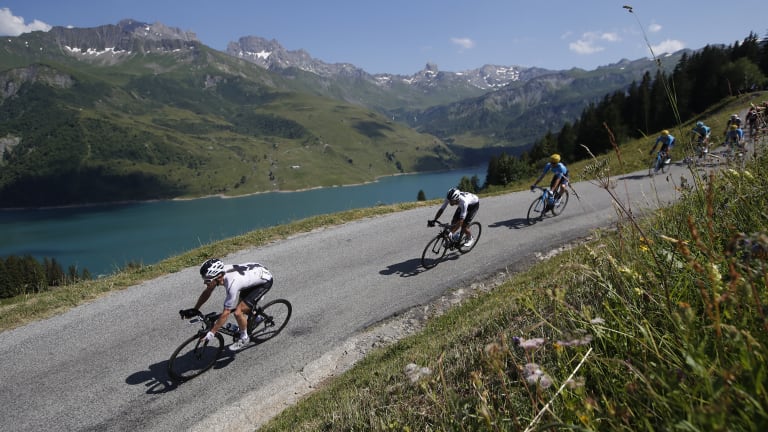 The Welshman attacked from the group of favourites with 9 kilometres left of the 17.6-kilometre ascent at an average gradient of 5.8 per cent to La Rosiere, and caught Dumoulin, who had attacked earlier.

The Dutchman could not sustain the pace of Thomas, who also caught and then left in his wake the Spaniard Mikel Nieve, the last survivor of the day's breakaway.

"I just felt good today, I followed my instincts," said Thomas, who now leads Froome by one minute 25 seconds and third-placed Dumoulin by 1:44.

Several top contenders sustained heavy losses. Spain's Alejandro Valverde, who was on the attack in the final climb, finished 3:30 off the pace, and Britain's Adam Yates crossed the line 4:42 behind.

Last year's runner-up Rigoberto Uran finished 26:07 down, killing off any hopes he may have had of a podium finish.

Thursday's 12th stage is likely to see the favourites battle it out for yellow again with a summit finish on the iconic Alpe d'Huez.