The 73-year-old coach is going back into retirement after leading Bayern to another Bundesliga title. 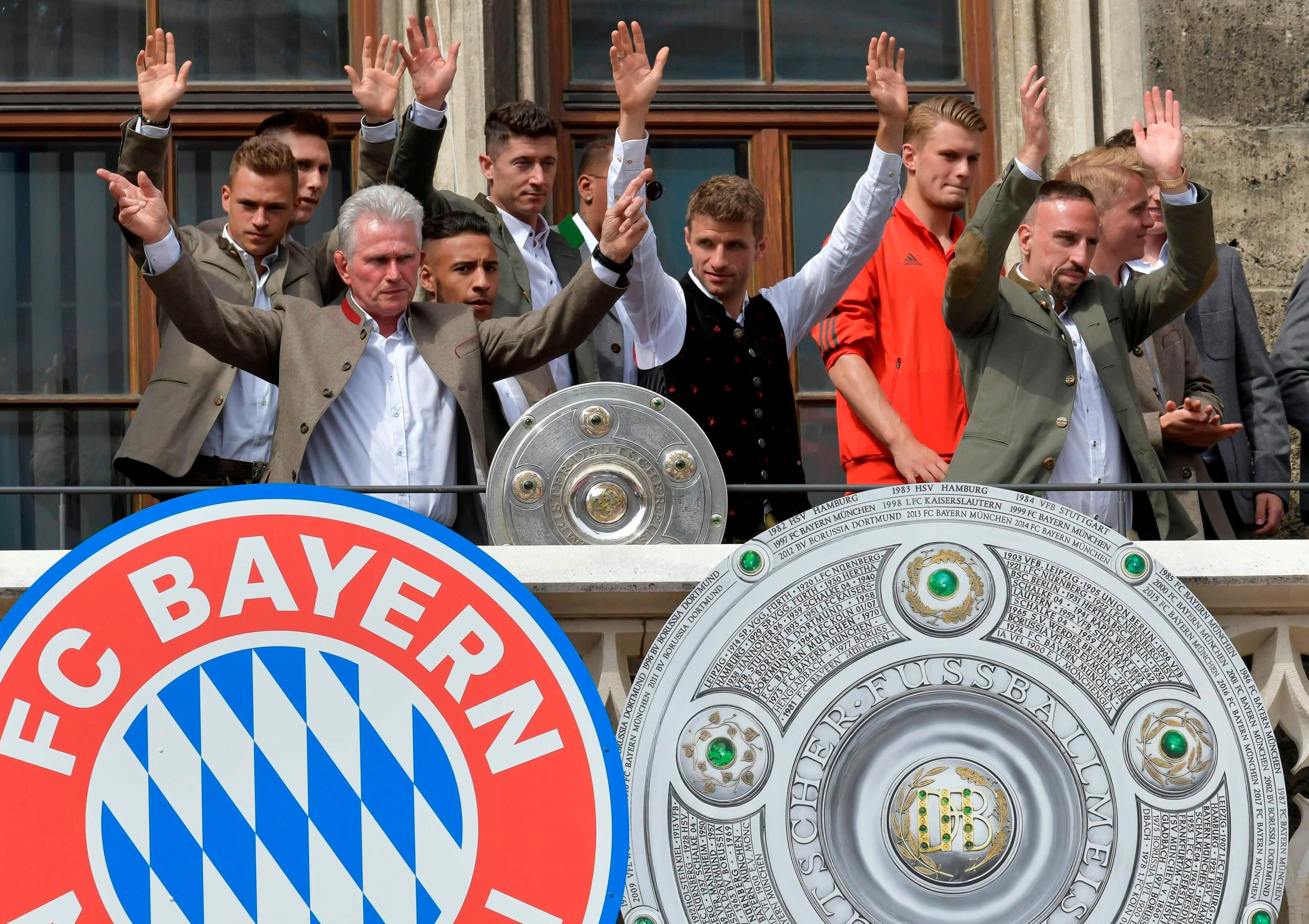 Bayern were five points adrift when he returned in October, but regrouped to wrap up the title with five matches to spare.

But Eintracht Frankfurt stunned them to win the German Cup final on Saturday, while Real Madrid denied the German giants a place in the Champions League final.

Heynckes happily lifted the league trophy at Sunday's presentation watched by a sea of supporters who flooded Munich's streets to pay tribute to him. 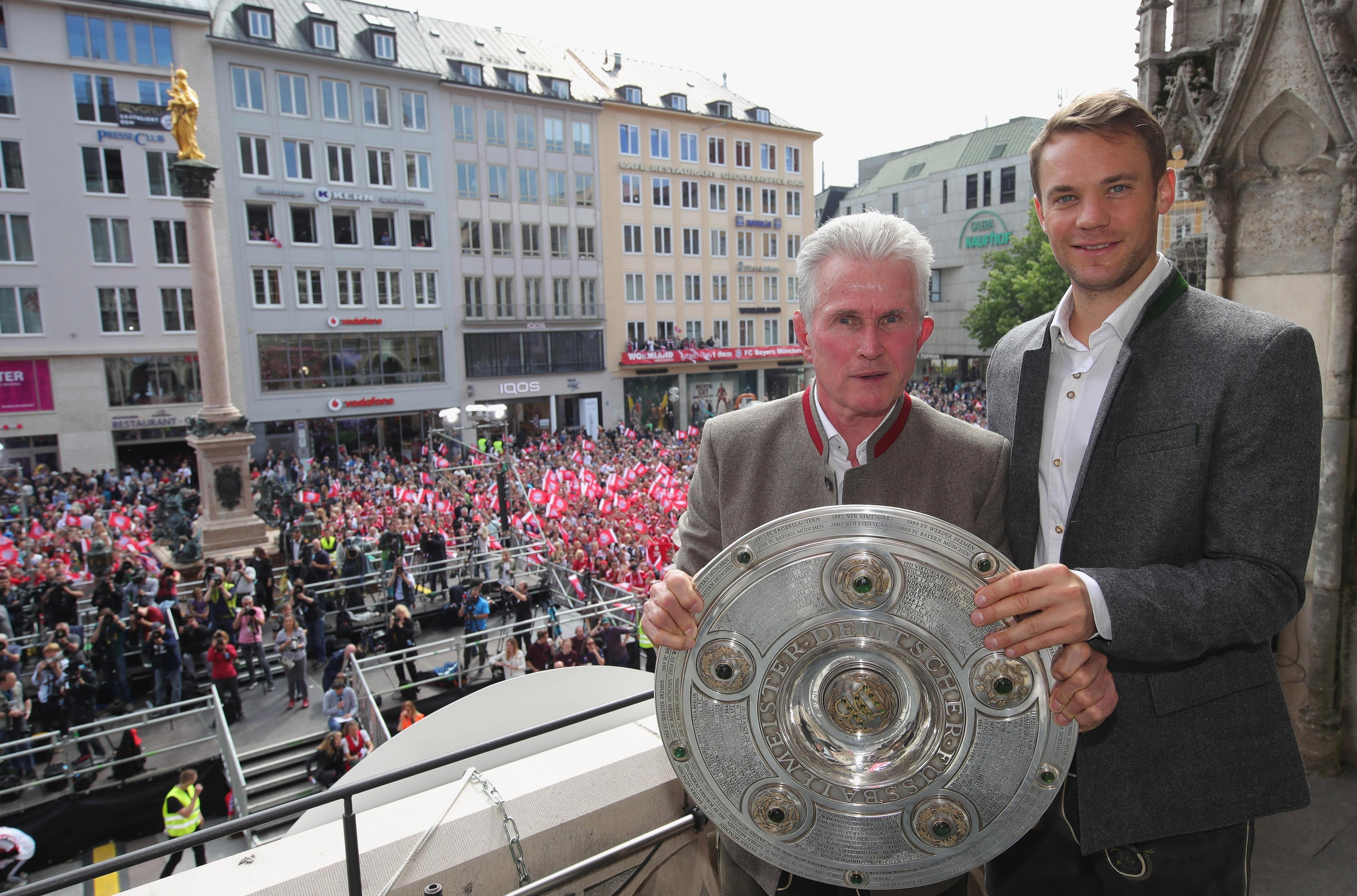 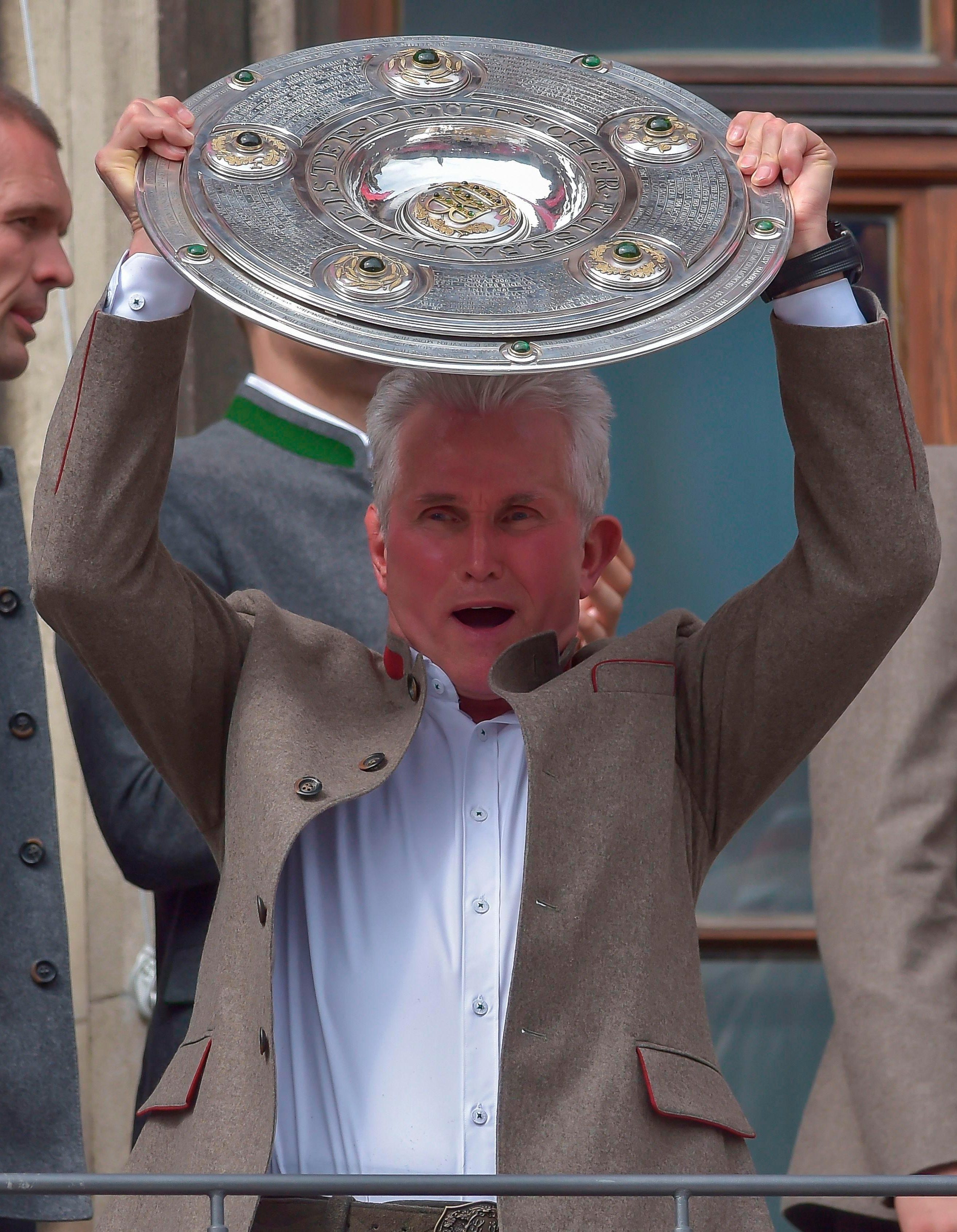 Bayern chairman Karl-Heinz Rummenigge paid tribute to Heynckes for bringing "old values" such as "humanity and empathy" back to the side.

Rummenigge said of the shock defeat to Frankfurt: "The little downside for us is that we would have liked to give our Jupp, our coach, the nearly perfect finish, but it didn't quite work out."

But he added: "You did something great for Bayern Munich. FC Bayern needs to say, ‘thank you’.” 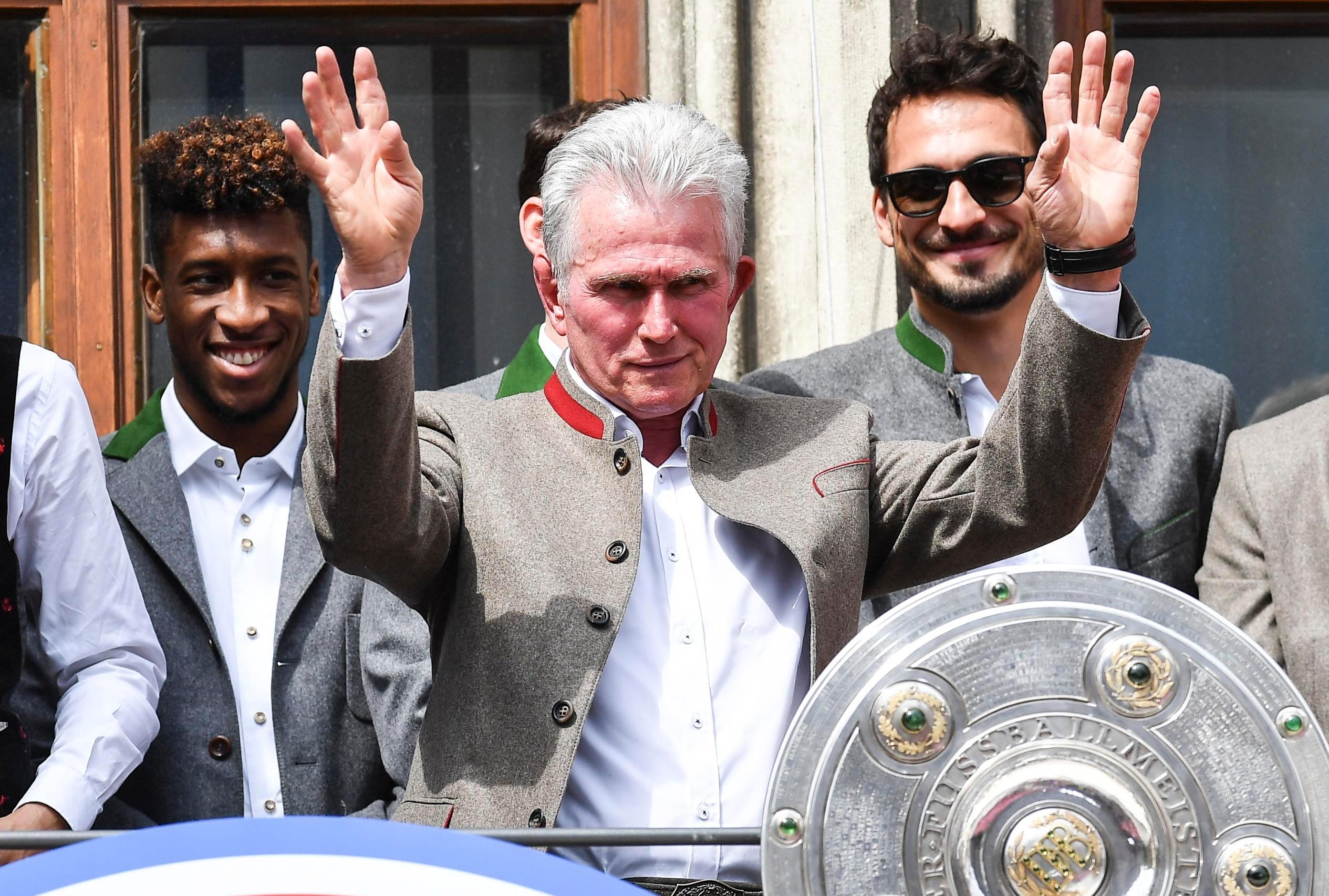 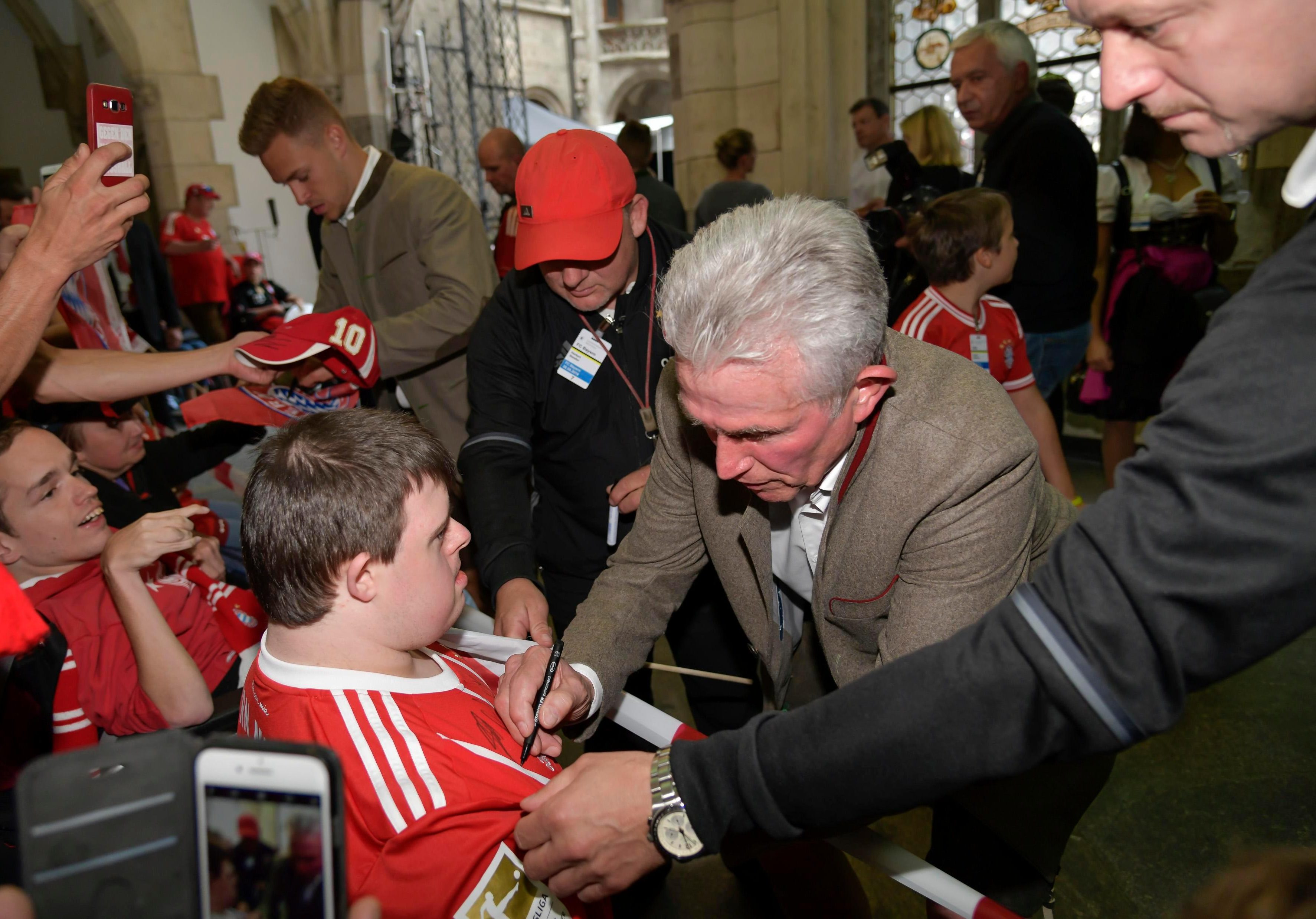 Heynckes himself has no concrete plans for the coming days and weeks. He said: “The lads have worked superbly all year.

“It was quite easy for me. The players showed me so much respect. We worked together so harmoniously. We all came together.

“I now need some time away. It was quite stressful in recent weeks. I need to come back down to a normal pace of life and return to my own bed. Then I’ll do what I like.

"I’d like to enjoy my life again starting next week,” he said, speaking of his farm near Monchengladbach, where he lives with his wife and dog Cando.

Bayern's players were clearly still disappointed over Saturday's cup defeat as they celebrated the league win on the Munich town hall balcony.

Said Thomas Muller: "It feels really bad, how the season ended," adding that the team would try to "put a brave face on it".