THOUSANDS have taken to the streets of London to compete in the London Marathon – with some runners in eye catching fancy dress costumes.

It is believed just over 40,000 are tackling the 26.2 mile journey from Greenwich Park to The Mall and more are having a go virtually. 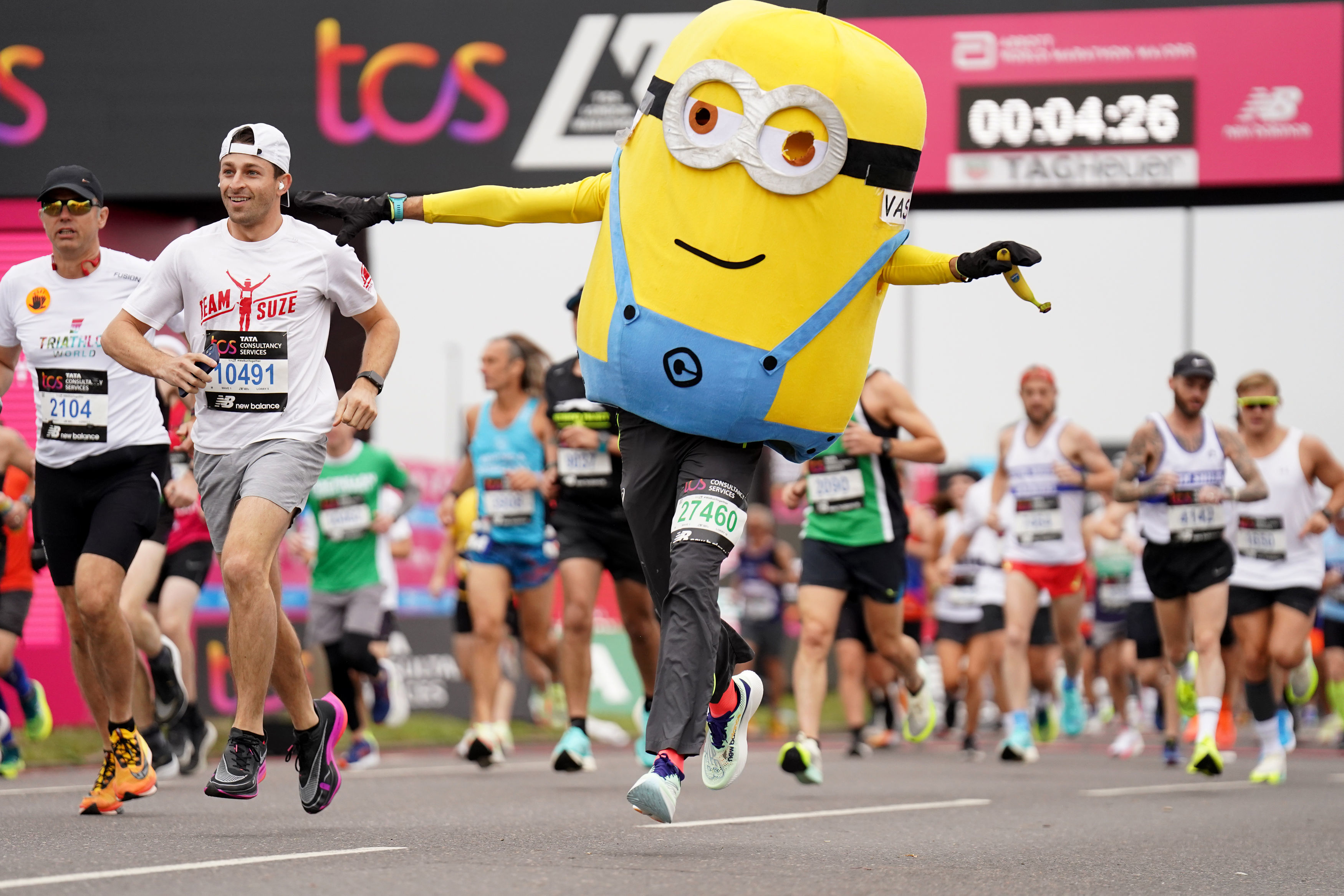 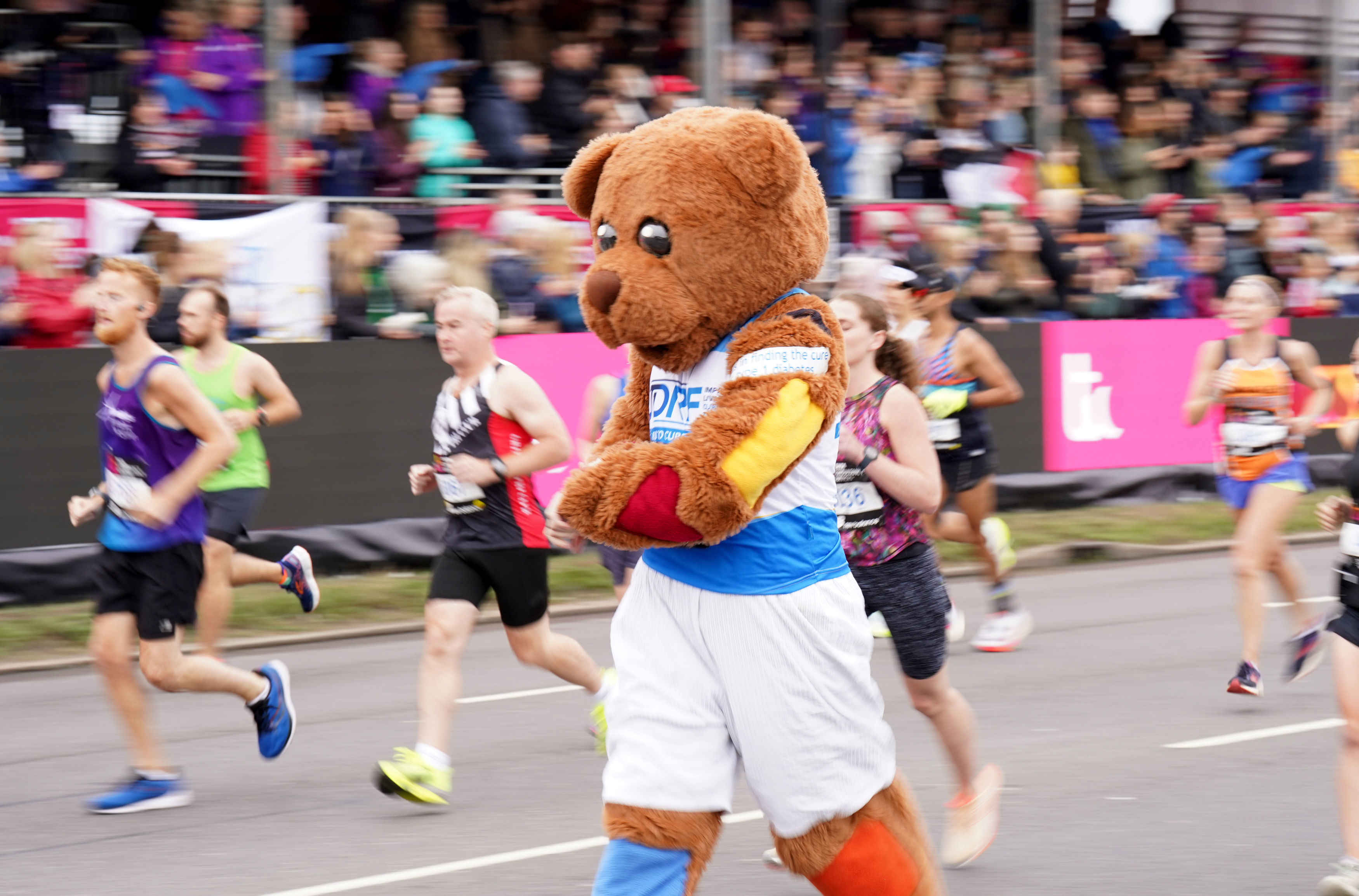 As many take part to raise money for charity there were some fantastic costumes spotted on the course.

People dressed as a rhino, gorilla and massive tree were all hits with the crowd.

Plenty more came out in force in fancy dress such as a Minion from movie Despicable Me and a bear.

There is also 28 Guinness World Record attempts being made such as the fastest marathon wearing pyjamas and the fastest while on crutches.

READ MORE ON THE MARATHON

What is the London Marathon prize money and who has won? We reveal all

Amongst those coming out in force was 89-year-old Koichi Kitabatake from Japan, the eldest runner this year.

Thankfully everyone taking part and cheering on the friends and family will do so enjoying the good weather.

No rain is expected and the temperature is set to be stay around 18 degrees.

Before the fun runners took centre stage the professionals were in action. 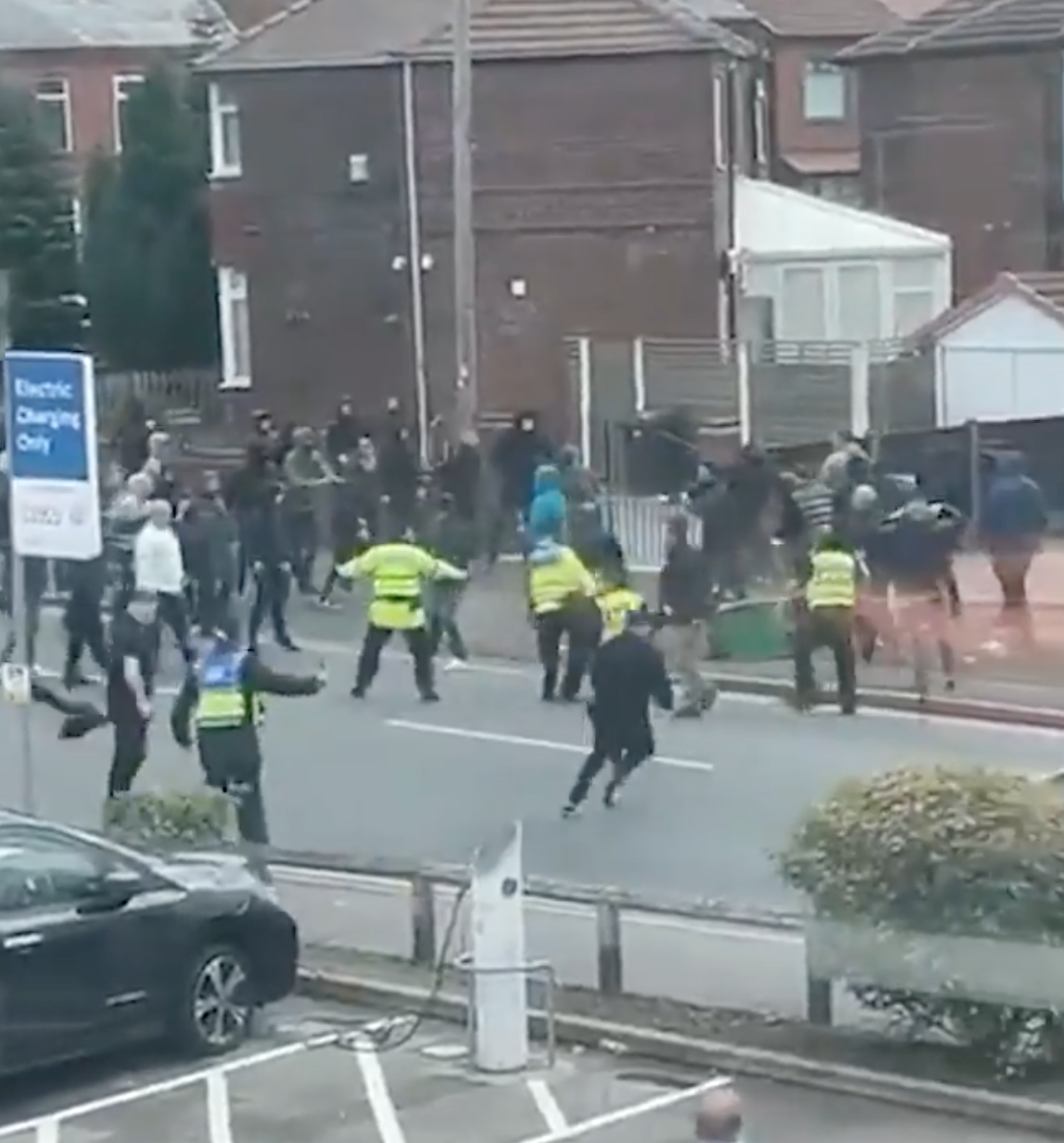 CLASH IN THE LATICS

HOW TO GET FREE BETS ON HORSE RACING

The men's race was won by Amos Kipruto in a time of 2 hours, four minutes and 39 seconds.