Four Victorian bids will vie with at least 11 other consortiums as the race to snare one of the two spots in an expanded A-League begins in earnest.

Football Federation Australia has said it will bring in two new teams to bolster the competition for the 2019-20 season, and despite the regular assertions that the league is flat and the game is stagnating, there has been no shortage of interest.

Thursday is the deadline for expressions of interest (EOI) to be lodged with Deloitte, the financial services company which is sifting the applicants for the FFA. 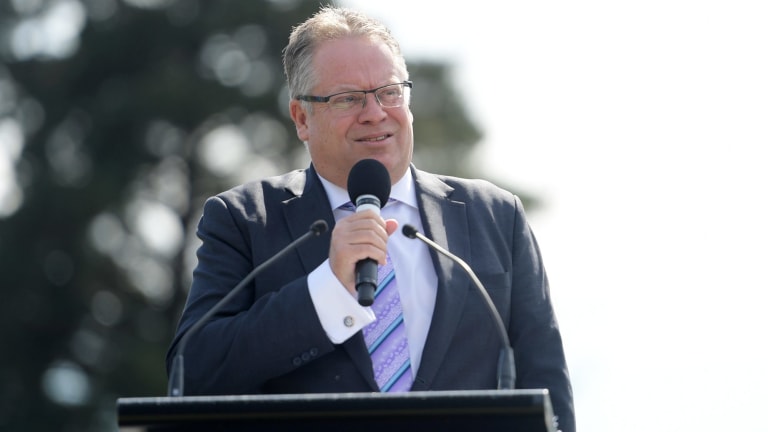 A-League boss Greg O'Rourke says that the FFA's management team and leadership was always confident that when it began the process there would be more than just token interest.

''From our trips around the country, our discussions with football people and fans and also the business community we always felt that there would be a lot of people interested in bidding for new licences. It's tremendous to see that support and interest for the game is so strong,'' O'Rourke says.

There was a very small chance that if the FFA received more than two outstanding bids it could consider adding more than two teams, but that remains improbable.

''We have been impressed with a lot of what we have seen and heard so far but we won't know the full detail and extent of various proposals until they submit their EOIs to Deloitte.

''I would not say no completely [to more than two] but it's highly unlikely we would do that in this phase. We have said we will go with two new clubs, and we want to do this in an ordered and structured way.''

One of the issues that might mitigate against a ''big bang''  with more than two new teams added in 2019-20 is the FFA's concern over player depth.

This has been a big issue in rival football code Australian rules and is something that O'Rourke says must be taken into consideration.

''With two new teams there would be foreign signings but you would still need 40 odd players to step up from the various NPLs and make the adjustment to playing at a higher level.

''If, say, you went to four additional clubs straight away you would need to find 80 players to step up straight away. Could we do that? Or would we dilute the level of the competition?

"Most of the clubs have their academy systems now well established so the player production line will improve in future years, but it needs to be considered now.''

It is possible some bidders are dealing themselves into the process with a view to the future. By expressing interest they can get access to the FFA's databank of financial information and future projections about the growth of the league, television and media revenues and supporter numbers; information they could use for a later, fully costed proposal.

And there is a chance that some are expressing an interest so they can subsequently parlay a role for themselves in another bid which might have a greater chance of success.

The prospects of a third team coming in are not part of the current plan, but that could change if unexpected events occur.

Confusion and doubt still clouds the future of the Wellington Phoenix, who have a licence for the next two years. Should the New Zealand club be judged to have not met the criteria demanded of them by the FFA and their licence not be renewed, a third space could open up for another Australian bidder.

Fox Sports, as the game's biggest financial backer, will have a keen interest in the outcome and it would prefer new clubs to be in existing large television markets for obvious reasons.

O'Rourke says that if a bid that stacks up well but does not yet have a stadium to occupy straight away, they will not be penalised.

THE VICTORIAN HOPEFULSTeam 11, the group based around Dandenong and the South East of Melbourne, have been one of the frontrunners since announcing its intention to bid. 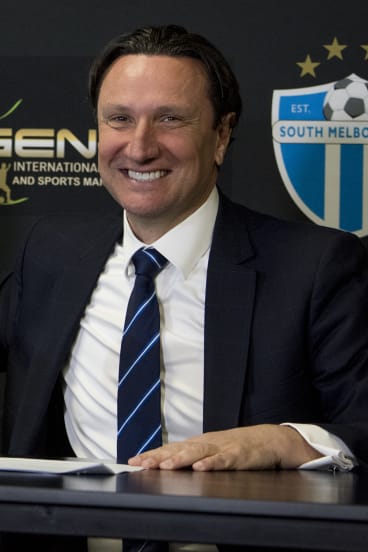 It has the backing of Dandenong Council, which has pledged land near the station for a new rectangular stadium to house the A-League side and a community sports and entertainment hub.

State Government backing has been offered and the City of Casey will also put up money to build a training venue.

Construction of the stadium is almost certainly contingent on the A-League bid succeeding, and the group would probably take A-League matches to Morwell and other regions in Gippsland while construction is completed.

South Melbourne, the former NSL powerhouse, remains a contender.  It would play out of its current home, Lakeside Stadium, but that would need to be improved to A-League standard. Its case is based on its history and tradition and existing supporter base.

A wildcard is the reported late entrant by former Melbourne Victory chairman Geoff Lord's Belgravia Group. Lord is not short of chutzpah, and it was his money and support that got Victory off the ground some 14 years ago when the FFA was struggling to find Melbourne investors to back an A-League side.

The latest group to break cover is the western Victoria-based consortium, which was working under the name Victoria Patriots with former Socceroo Steve Horvat as its public face.

That group's focus has now shifted to Melbourne's west, where it's believed to have won the support of several councils for its ambitious plans to make an A-League team a hub of sport in the region.

Few details have been made public. Reports have suggested it would build and finance its own stadium – without state government support – and develop a 15,000-seat arena as the centrepiece of a complex to generate jobs, economic growth and a ''brand'' for the area, one of the country's fastest growing population centres.