Daly Cherry-Evans and Jackson Hastings had dinner on Thursday night. You read that right. It wasn’t a candle-lit affair but, interestingly, it was with the remainder of the Sea Eagles team. The same teammates who, according to some, can’t stand Hastings and don’t want to be anywhere near him. 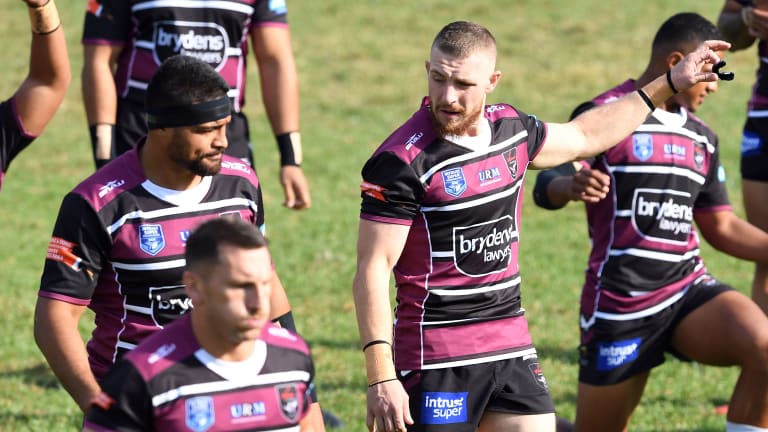 On the outer: Jackson Hastings with the Blacktown Workers Sea Eagles.

In an amazing media conference on Wednesday morning, Sea Eagles coach Trent Barrett said as much. He said there was always going to be drama surrounding Hastings, and it just happened to be with the club’s biggest star.

As widely reported, Hastings was banished to Manly’s feeder club Blacktown on Tuesday after a heated confrontations with Sea Eagles skipper Cherry-Evans during the team’s trip to Gladstone to play the Titans.

However, since Barrett’s press conference the tide has started to turn. Cherry-Evans was fined $10,000 by the Sea Eagles for his role in the incident.

It has been alleged that DCE swung some punches in the direction of Hastings. However, neither Manly nor the Rugby League Players Association have been able to confirm whether punches were thrown.

I have been waiting for days to hear from Cherry-Evans to get him to shed some light on the events, but that hasn’t happened. What seems not to be in question is that Cherry-Evans was held back by teammate Shaun Lane and that there was damage to the hotel room. Those close to the matter say Hastings paid for the hotel damage.

Hastings has been saying he can’t remember what happened. What is undeniable is that our item last week about a training scuffle between Cherry-Evans and Hastings has exposed a questionable culture at Manly, a club that has been split more than it has been together in recent years.

There are so many elements to this story, but we will start with Hastings. The kid has some genuine issues around anger and authority. He is working on those.

It’s been said he was booted out of three clubs. That’s not true. He left the Dragons to join the Roosters. The Dragons wanted him to stay for four more years and he went to the Roosters for $50,000 less. The message from the family to the Roosters was clear — this is not a fairytale — a reference to the fact that Hastings is the son of club legend Kevin Hastings.

The truth is that Kevin left the family when Jackson was five. Jackson was raised by his mum. She did her best while battling her own issues. The comparisons to Kevin are not easy for Jackson to wear.

Jackson had a hard time at the Roosters. Manly say that he didn’t get on with Mitchell Pearce in the same way he doesn’t gel with DCE. I was always told he looked up to Pearce. What is fact is he had a run in with Blake Ferguson at the Roosters. Hastings also didn’t see eye to eye with Jared Waerea-Hargreaves.

Manly knew all of that and more, but they still recruited Hastings. On big dollars. He is earning $340,000 this year.

Manly have not been happy with Hastings’ behaviour for some time. They staged a rugby league-style intervention on February 2 when the RLPA and his management were called in to discuss his issues in an effort to prevent what eventually happened.

Hastings must accept blame in this, too.

Now the other matter at play here is the problems created for the Eagles by their rorting of the salary cap. The Eagles have no spare money to re-sign seven players they want to keep. They can offer them the minimum wage, but not much more. There is a theory that if Hastings is punted it may save them money, but he has already received a fair whack of this year’s cash. And they’d have to pay him out most of his money as he has not breached his contract to the extent that it makes him sackable.

The situation is a complete mess. Hastings has received at least nine messages of support from teammates, including Marty Taupau and Joel Thompson. He has had players back him publicly on camera. None of which works well for Manly.

And the hits just keep on coming

The Sea Eagles have had plenty of bad publicity in recent times surrounding the top-grade side, but we are hearing about a significant drama in their junior ranks. At a contact session last week one of their very promising players was belted by a teammate after a tackle. He was hit with an uppercut that flattened him.

The youngster was so distressed by the actions of his teammate that he has now quit the side and is looking for a new team. The lack of action from the club at the time has upset the player’s family so much that they went to the police to explore their options.

We may hear more about this in coming weeks.

Normally the most visible and quotable of chief executives, Lyall Gorman has been sorely missing during the Manly mess.

At the Sharks he was always front and centre whenever there was drama. When I contacted him to tell him I was running a story about Daly Cherry-Evans having a hotel room altercation with Jackson Hastings he didn’t know anything about it. And he didn’t call back to say he’d investigated it.

In fact, he was actively discouraging communication about the matter. It’s one of the many problems the Sea Eagles have.

It was a great week for the Rabbitohs last week when they thumped arch-rivals the Roosters. Souths co-owner Russell Crowe would have loved it, and he may have taken some joy in the discomfort experienced by his nemesis, Roosters chairman Nick Politis, who had to deal with the loss and another issue. 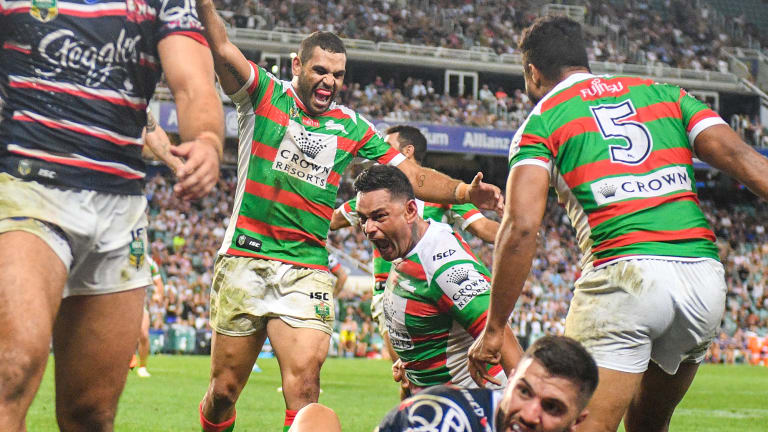 Security didn’t want to let Politis into the Roosters’ dressing room because he didn’t have the right pass. It’s an embarrassment for the game that should never happen as no individual has done more for a club than Politis has for the Roosters.

The booing of Jake Friend by Roosters fans is not easy for the nuggety No.9 to cop. Nor would it be easy for Victor Radley, the young player the fans want at hooker. It’s worth noting Radley has about 50 mates who show up each week and chant for him throughout games. They are pro-Radley, not the anti-Friend crew. Friend remains popular among the playing group.

Boyd Cordner was spotted out having a steak in Bondi on Wednesday night. Not that he will read about it. He has taken a policy this year more than ever to avoid reading about himself or his teams.

He knows better than anyone the pressure the Roosters and the Blues are under and he doesn’t need to read or hear about it.

One of the reasons Junior Paulo is leaving the Raiders – apart from big dollars – is the fact the Canberra board has decided not to offer deals longer than two seasons.

That could hurt them on their recruitment process. 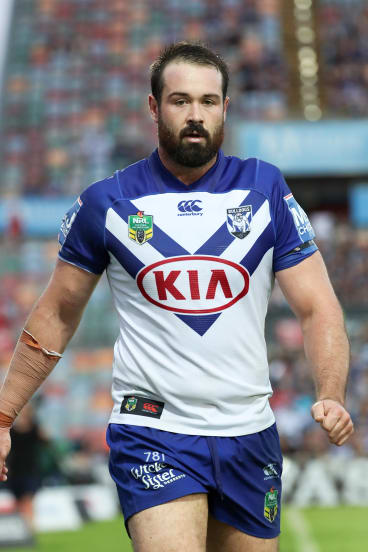 Aaron Woods’ switch to the Bulldogs has already been branded a failure, especially by the Tigers, who have been revelling in the form of Russell Packer and Ben Matulino.

Woods has copped heaps from all areas, but it’s not through lack of effort. The dynamic between Woods, David Klemmer and hooker Michael Lichaa is interesting. You will remember that for a couple of seasons under Des Hasler, Lichaa was virtually a non-running dummy half, which was strange as he was signed by the Bulldogs because he was considered excellent in that role.

Now that Dean Pay is in charge at Belmore, Lichaa has more freedom to run, but the timing of it is affecting the way Woods and Klemmer are playing. Lichaa is seeing space after one of them launches into the defensive line and taking off but, ideally, a double-barrel charge from the two props would be better. And that may be a better time for the eager No.9 to take off, too.

There are plenty of really good guys in the world of sport in this town, but none better than Josh Mansour. His horrible facial injury is unfair, and it comes so soon after doing his ACL. We wish him all the best.

Danny Weidler is a reporter with Channel Nine news.