Nathan Lyon has declared Australia's spin bowlers must be prepared to play "ugly" if the tourists are to deliver a breakthrough series win against Pakistan next month.

Lyon, Australia's greatest off-spin bowler, understands Pakistan will target the visitors' spinners, as they did four years ago in a series sweep, but Lyon is a far different proposition now. 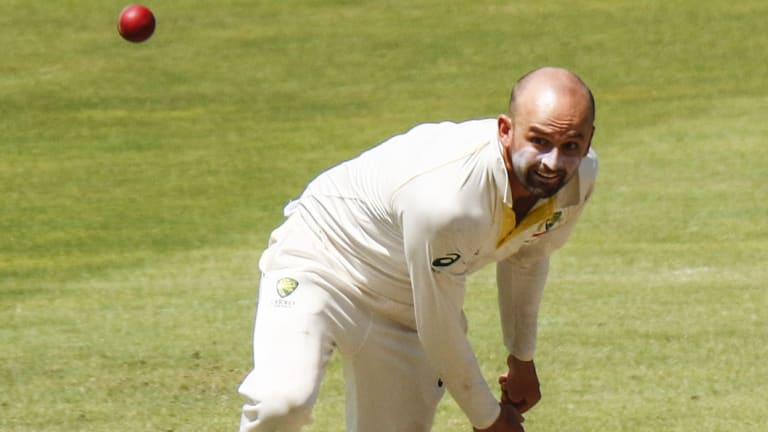 Nathan Lyon’s game has changed in the four years since Pakistan swept Australia.

Victorian left-arm finger spinner Jon Holland will partner Lyon, while Ashton Agar is in the frame to be a third spinner as the tourists consider playing only Mitchell Starc as a frontline fast bowler.

Australia's ability to topple opponents improved on the sub-continent last year, with Test wins in India and Bangladesh coming about in part because of a better understanding of how to bowl in turning conditions. Lyon had bowled with too much loop on the losing tour of Sri Lanka in 2016 but changed that approach last year, adopting the lead of sub-continent spinners who prosper as much from the vagaries of the pitch and deliveries that go straight on, as from the turning ball. He finished with 41 wickets at 19 in six Tests in Asia last year.

"For me, this is my term, it's about bowling ugly over here. It's going away from what I have fallen in love with with the off-spinning ball, spinning out the back (of the hand) with that nice shape. We have to find a way to hit the stumps and that may be bowling square or round arm or whatever it may be," Lyon said.

"Four years ago, they really tried to attack me – I'm expecting pretty much the same type of batting. They've got different guys, rather than Younis (Khan) and Misbah (ul-Haq), but they've still got a very, very talented batting line up, some superstars in there as well.

While Lyon (306 Test wickets) is the frontline spinner, Holland, with his only two Tests coming more than two years ago, will also have a key role.

"He spins up the back of the ball which I love – it's my absolute mantra. We're good mates as well. Our communication bowling out in the middle (during centre-wicket practice on Sunday) was brilliant."

Should Australia opt against playing Agar, uncapped batsmen Travis Head and Marnus Labuschagne can provide support. Head offers part-time off-spin while Labuschagne can deliver leg-spin. Much could depend on Starc and Lyon in the absence of injured quicks Josh Hazlewood and Pat Cummins.

"I know 'Starcy' and I spoke about that sitting in, I think, his room the other night, but it's just about providing good examples and leading the way is what we try and do each and every game," Lyon said.

"The big thing over here is we are going to have to bowl well in partnerships. The fast bowlers are here and they are not just here to make up the overs, they are here to attack and defend, whatever the roles may be at the right time. There is not just one certain person who has to stand up. It's the whole bowling unit."

Australia will have a tour game against Pakistan A at the ICC Academy, beginning Saturday.