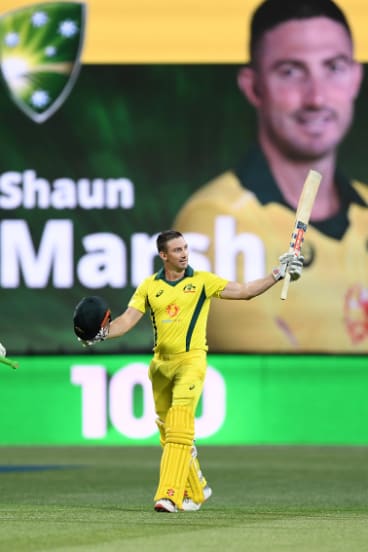 A trip to Rottnest Island may have saved Shaun Marsh's international career, with the resurgent veteran revealing he spent time at the holiday spot off Perth to refresh after an immensely disappointing Test series against Pakistan.

Marsh, 35, made just 14 runs across four innings in last month's series in the United Arab Emirates, placing his Test spot for the home summer in jeopardy.

However the West Australian has found much-needed touch since his struggles in the UAE. He made 98 and 80 in a Sheffield Shield match against Tasmania, and posted 106 against South Africa in the third one-day international to give his side a fighting chance. It was his third ODI century in six games.

Back in form, Marsh looks all but certain of playing against India in Adelaide when the home Test summer begins early next month.

Speak after the 40-run defeat to the Proteas, Marsh said the break had served him well.

"Obviously it was a disappointing tour over there for me, but it was nice to come home," Marsh said.

"Like I said, it was a disappointing tour for me so I just wanted to come and just recharge the batteries and it worked well for me.

"I had a few days off and just got away from cricket … I just wanted to come back and play with that freedom. I thought I did that in the Shield game and I tried to bring that through this series.

"Moving forward I've just got to keep trying to bat like that."

But it hasn't been entirely plain sailing since his coastal getaway.

Marsh missed the first game of the ODI series after undergoing minor surgery to treat an abscess on his buttock.

"It wasn't the most pleasant experience that I've been through but it's on the mend now," he said. 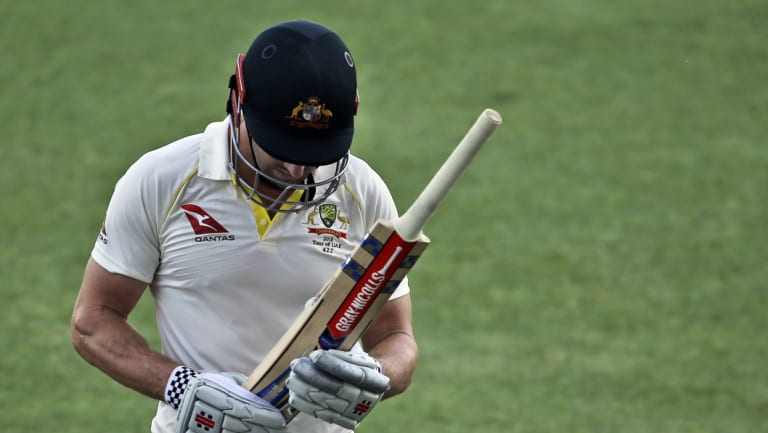 Shaun Marsh had a horror series against Pakistan with only 14 runs in four innings. Credit:AP

"It just gradually got worse and worse. By Saturday afternoon I was struggling to walk.

"It was disappointing not to be out there with the boys in the first game. I was just nowhere near 100 per cent, so we just decided to go in and have the minor surgery, and it went really well."

With a World Cup just over six months away, Australia have much work to do to defend the title they claimed in 2015.

Australia won just two of 13 ODIs this year, and Marsh said the team was hurting after the latest defeat.

"Yeah look obviously a disappointing result for us to lose the series, extremely disappointed. The boys are pretty gutted in the room.

"But full credit to South Africa, I thought they outplayed us in this series."