With AFL trade period officially starting on Monday there remains a long list of players who are still out of contract. Some will stay, some will go and others could be used as trade bait. Here's who your club is yet to re-sign:

Otten and Cheney are interesting. Both have had injuries hurt their consistency but similarly they've been handy back-ups when first 22 players were unavailable. Otten kept North Melbourne's Ben Brown goalless in a game this year. 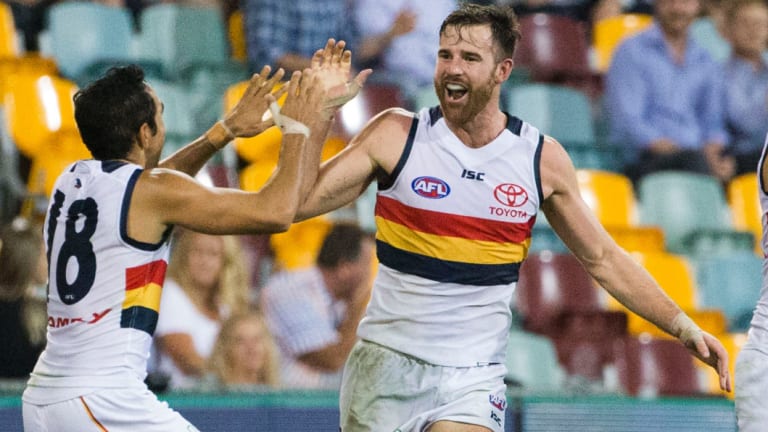 Otten has been a handy role player for Adelaide over the years. Credit:AAP

The Lions have no players out of contract after six de-listings and Cian Hanley's retirement.

Lang, Pickett, Lobbe and Rowe are the standout names here without a new deal. Lobbe probably the most certain given he is held in high regard by the club and his teammates, and due to the injury-prone Matthew Kreuzer.

A lot of work to be done at the Pies. Moore is staying, as The Age revealed last week. However deals for Mihocek, Appleby, Madgen, Daicos, Greenwood, Dunn, McLarty, Broomhead, Langdon, Goldsack, Varcoe and Hoskin-Elliott are yet to materialise. Those names would be required, you would think. Fasolo will likely go to Carlton while the futures of Oxley, Blair, Kirby and Smith is less certain. Murray is staring down the barrell of a doping ban. 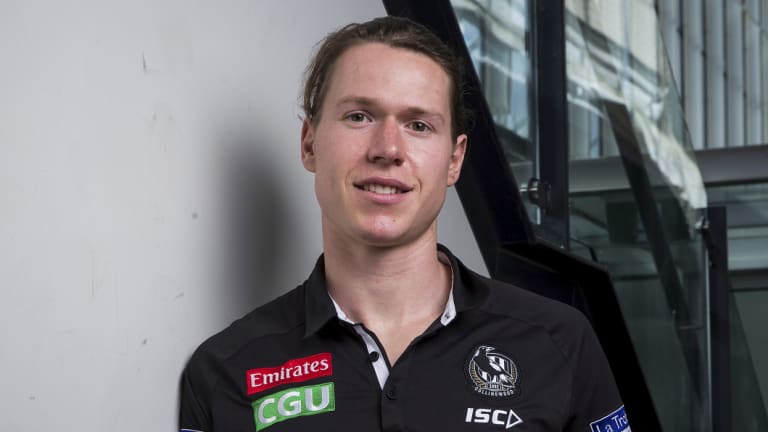 Tom Langdon was one of Collingwood’s best on grand final day, but he played his part with no new contract offer in front of him. Credit:Paul Jeffers

Hard to say which of these players will be let go, if any. All have very good arguments for new contracts.

Nyhuis, Sheridan, Giro and Sutcliffe should be the priorities here.

Menzel's name is again coming up in trade whispers. Smith is on the outer, while Henderson showed his value late in the season. McCarthy is on his way to the Lions. 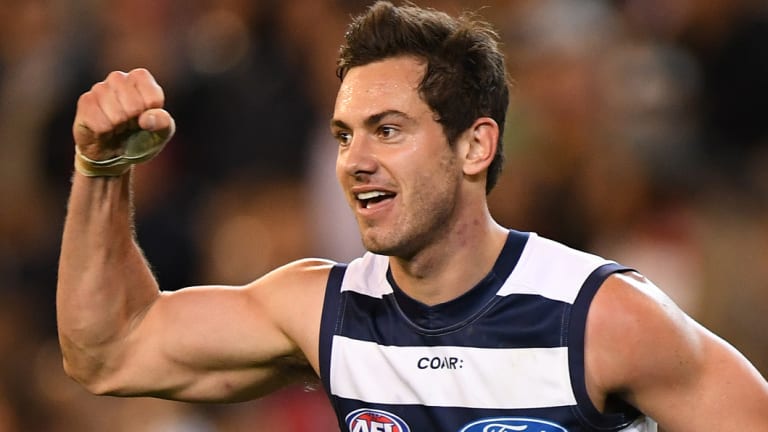 Has there been a player who causes more trade speculation than Daniel Menzel?Credit:AAP

Hall will get to North (he's already appeared in a Kangaroos' media video), while Witts' re-signing should be a priority, he was very good this year and captained the club at times. The Demons are keen to land Kolodjashnij.

You'd expect Shaw and Reid to stay. Simpson should too given the lack of depth in the Giants' ruck stocks, even if Shane Mumford comes out of retirement. Buckley and Keeffe played bit parts this year. 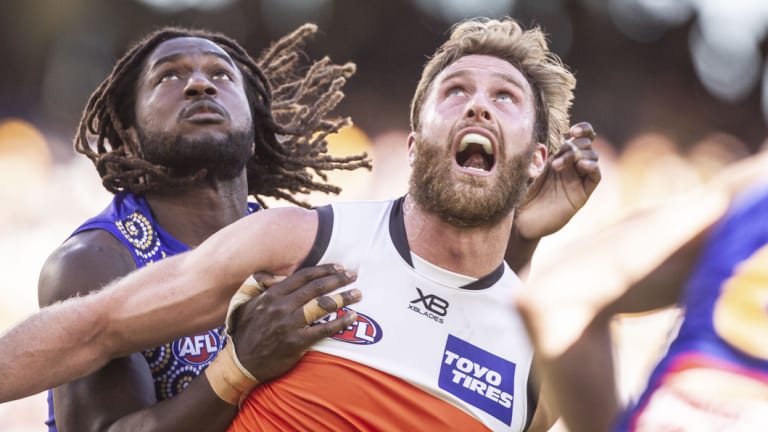 Whitecross seems gone while the rumour mill surrounding Roughead being moved on won't stop. Mirra and Henderson will get deal you would think. Schoenmakers, Miles and Duryea are all exploring other options.

Kent and vandenBerg are both set to leave. 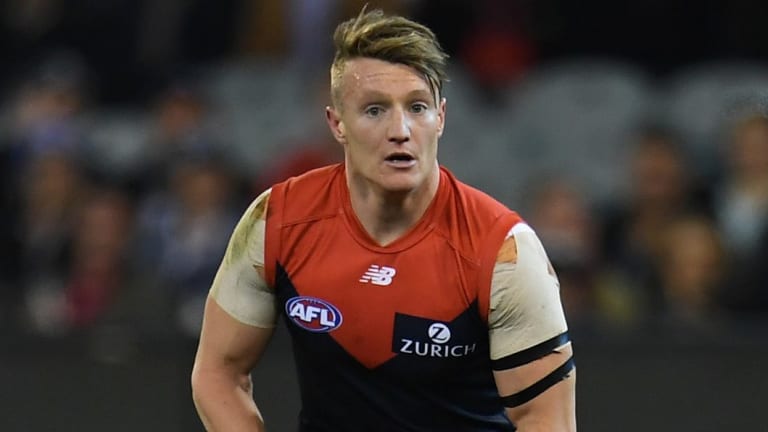 Sydney have been open in their pursuit of Clarke. Hrovat will be one to watch, he is a good player when up and running.

Polec will get to the Kangaroos. Will Trengove and McKenzie get another chance?

Miles is too good to be stuck in the VFL. Townsend and Stengle have been linked to moves away from Punt Road while Lloyd will get to the Western Bulldogs. Broad should stay, as should Soldo given Richmond's ruck problems. 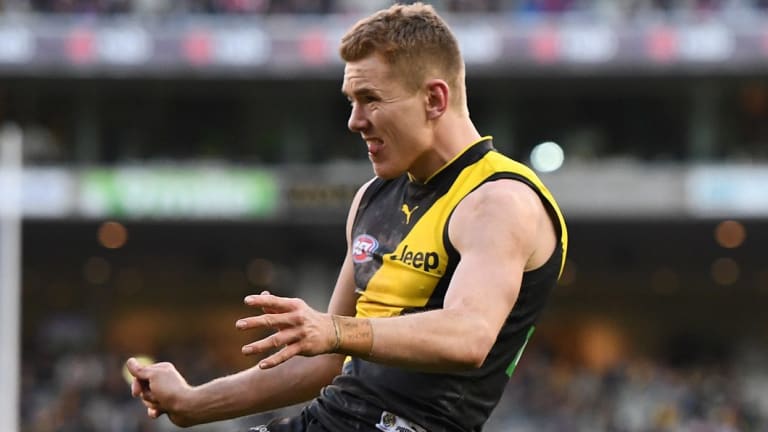 Townsend has been linked with a move away from Tigerland. Credit:AAP

Longer and Lonie are expected to stay. Collingwood were keen on Lonie. Steele is a gun while Weller's situation will be one to watch. 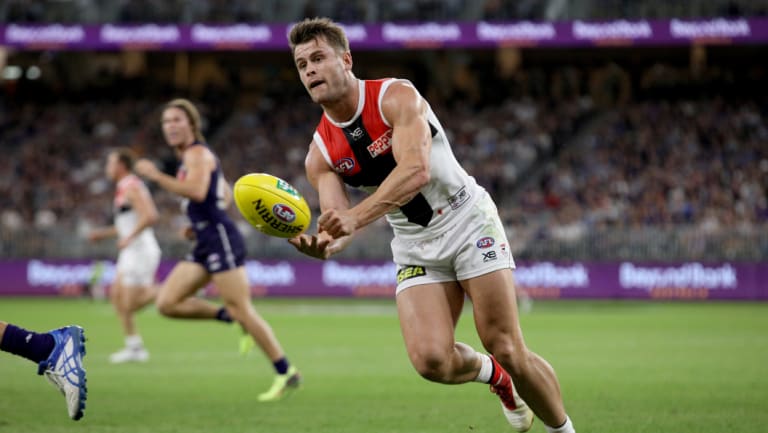 Maverick Weller has a brother, Lachie, who plays at the Gold Coast Suns. Credit:AAP

Dan Hannebery is still contracted but will leave. Sinclair should stay and Smith, a club stalwart, will go around again in 2019. Newman looks like he will head to North Melbourne.

Gaff is set to stay. LeCras is weighing up retirement while Karpany, who was injured all season, should also stay. Jetta will go again for the Eagles next season.

Liberatore will sign a new deal … eventually. As for the two big men, Roughead is all but assured of leaving (he has met with West Coast) while Campbell's managment say his future is up in the air. It seems more likely than not that he will go. 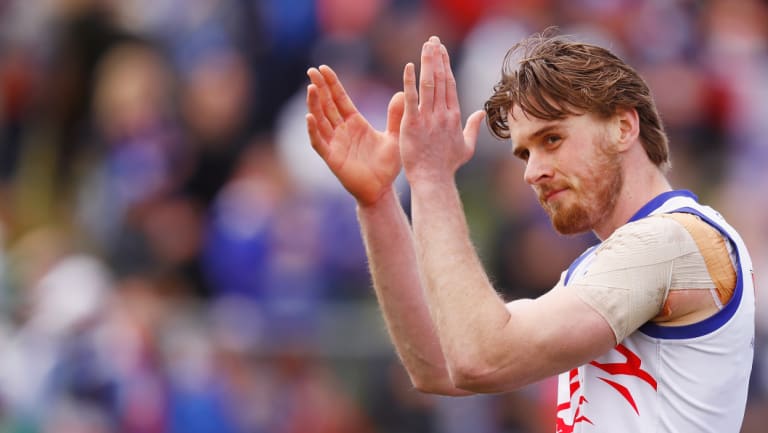