And hat-trick hero Mo Salah then revealed that Klopp's side discussed twisting the knife at half-time by running up a massive score. 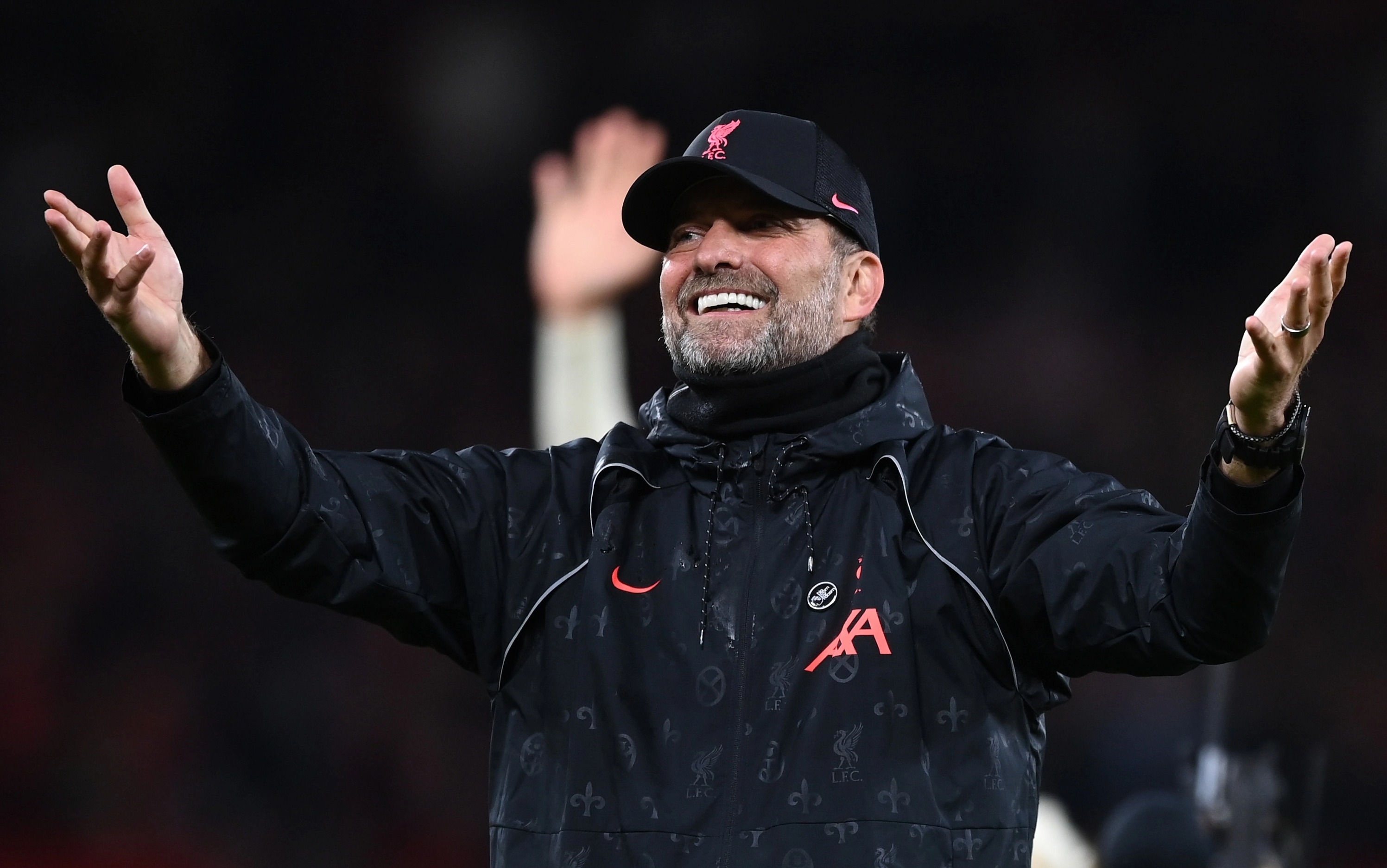 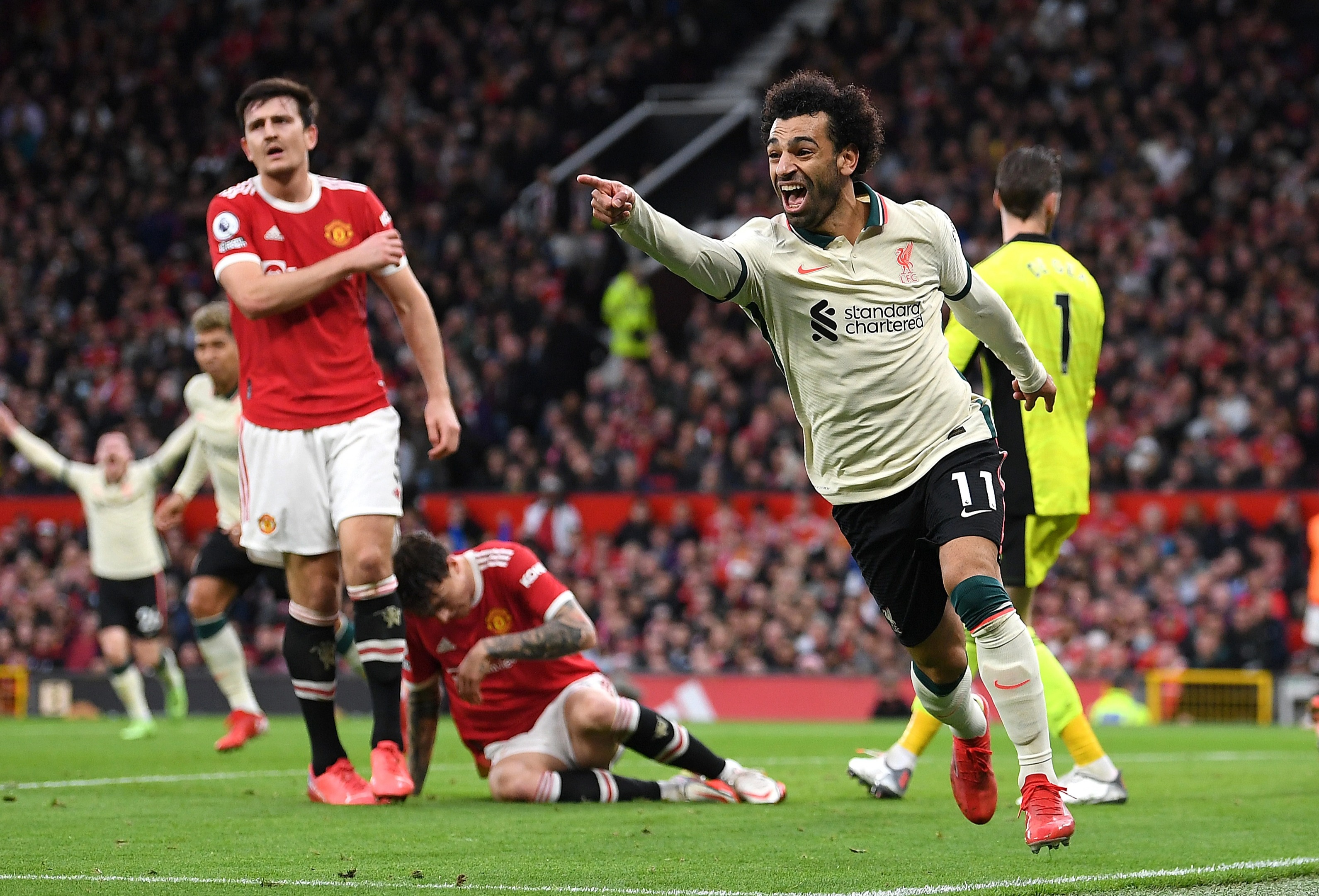 And red-hot Salah, who has 15 goals in 12 games this season, became the first Premier League player to bag three at Old Trafford.

Ahead of a 30-mile trip back down the M62,  beaming boss Klopp said: “Today we drink beer on the way home.

“I couldn't be happier, it is exceptional. Absolutely outstanding.

"Did I expect that? No. It was a really good day.

"What we did in the last third was insane. Pressing high, winning balls and we scored wonderful goals.

“The result is insane, I asked if there was one like this in history and if there isn’t then it will take a while to sink in.

“The players put a nice piece in the book.

"It is special but we don't celebrate like crazy, we have respect for the opponents.

"We were lucky in some moments, United are not in their best moment.

"We started incredibly well and stopped playing football. We controlled the game after the fifth, it was not about scoring more, just trying to get out without more injuries.

“It was phenomenal. As the opponent you cannot gain confidence or momentum.

“We know the story of United this season, but 4-0 makes it tricky. 5-0, come on, control it and try to get through it. It was not about humiliating anybody.

“We wanted to write our own chapters in the history book and this was another.”

Salah also became the leading African goalscorer in Prem history with his hat-trick – moving onto 106 goals and ahead of Didier Drogba on 104.

“Today we drink beer on the way home. “I couldn't be happier, it is exceptional. Absolutely outstanding."

The Egyptian superstar took his tally this season to 15 in all competitions after saying this week that he wants to stay at Anfield for the rest of his career.

Klopp added: "Mo was there to get the goals and he deals with the fuss that everyone makes around him.

"He enjoys his football and long, long, long, may it continue. I know already (he wants to stay), I know the situation."

The 29-year-old, who said last week that he wants to end his career at Liverpool, said: “At half-time in the dressing room we were saying we need to write history, keep scoring as many as we could.

“It is great to win 5-0 here, we knew before the game it would be tough if we did not play our game.

"We knew they will come and try to give everything so we had to give 100 per cent.

“We just tried to play our football and play in between the lines to create more chances. We did that and were lucky to score.

"As long as the team keep winning I am happy and to give my best to the team to win. The first goal I gave to Naby Keita to score.

"We know what it takes to win the Premier League, we did it two years ago.

“A big win here but still only three points.

"We try to win each game and try to win the title. We need to play to win everything. From our heads from pre-season, we need to win the Premier League and hopefully we go for that."

Reds legend Jamie Carragher said: “This is a special Liverpool team and a special manager.

“The top three teams going for the Premier League alongside Bayern Munich are the four best teams in Europe.

“Manchester United are an absolute mess. I don’t think Liverpool were at their absolute best.”