Appropriately the biggest race, the Champion Stakes (3.50), can go to the horse who, on his day, is the best in Britain, CRACKSMAN. 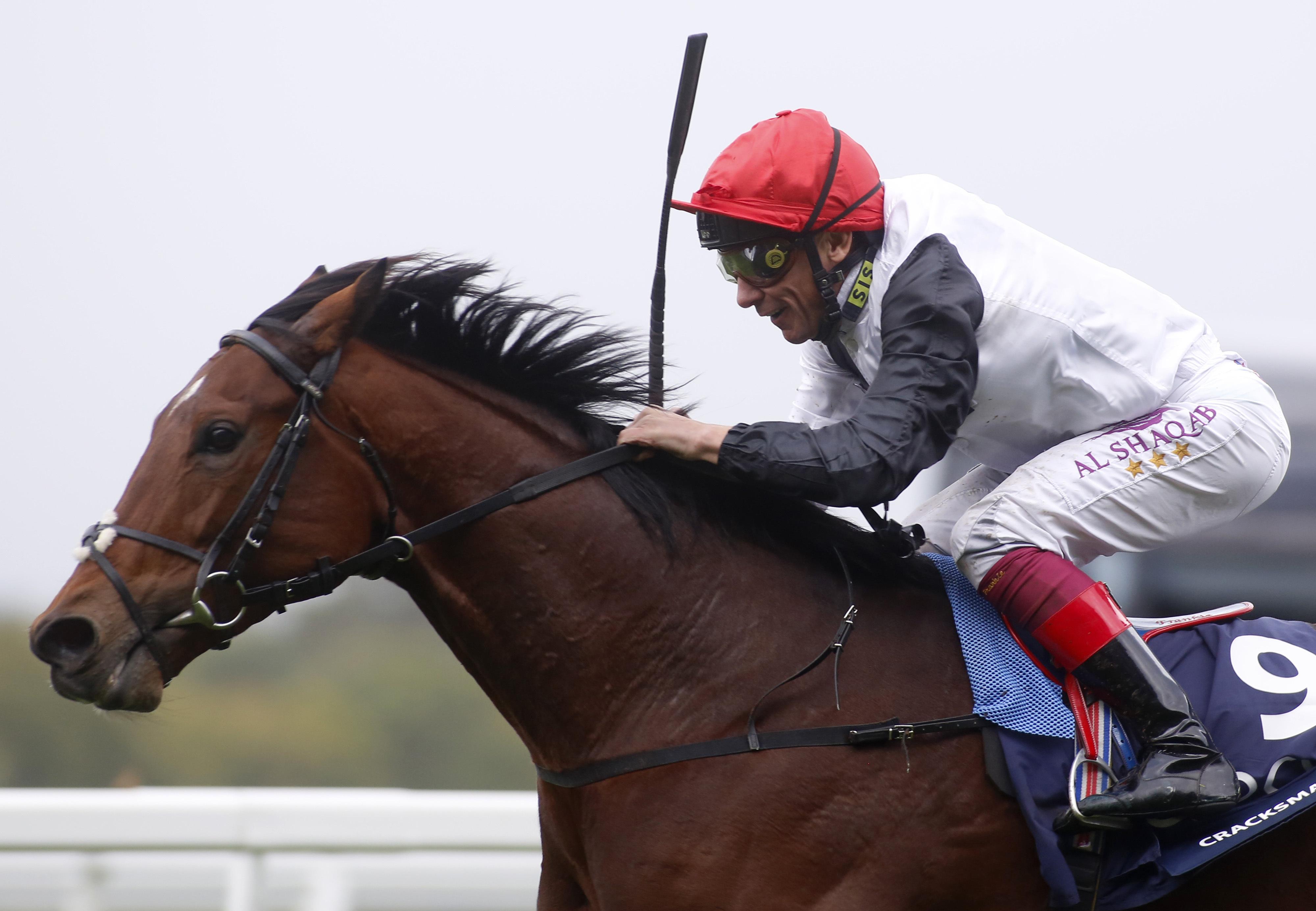 He established that status with a brilliant display to win the race 12 months ago but has been out of the spotlight during the summer as he has a preference for some cut in the ground.

The heatwave put a stop to that! He has only raced three times this year and it is fair to say he has not sparkled as he can. But his form still reads 112, which is not too shabby.

He made hard work of winning the Coronation Cup at Epsom after banging his head when leaving the stalls and was beaten by Poet's Word on very fast ground in the Prince Of Wales's Stakes at Royal Ascot.

Trainer John Gosden reckoned he lost concentration that day and reaches for the blinkers now but he still put eight lengths between himself and the rest so he hardly ran a shocker.

The gallop reports suggest Cracksman has been showing the old sparkle and blinkers should ensure his mind is fully on racing.

If the favourite flops Crystal Ocean will probably pick up the pieces.

A typical Sir Michael Stoute project, his career mapped out to peak at four, he won the Hardwicke here in June before running a blinder when just pipped by Poet's Word in the King George.

Both those runs were at 1m4f and that may be more of his trip now. Last year's Leger winner Capri would also prefer further so Cracksman's stablemate Monarchs Glen could be the best call for those searching for some each-way value. 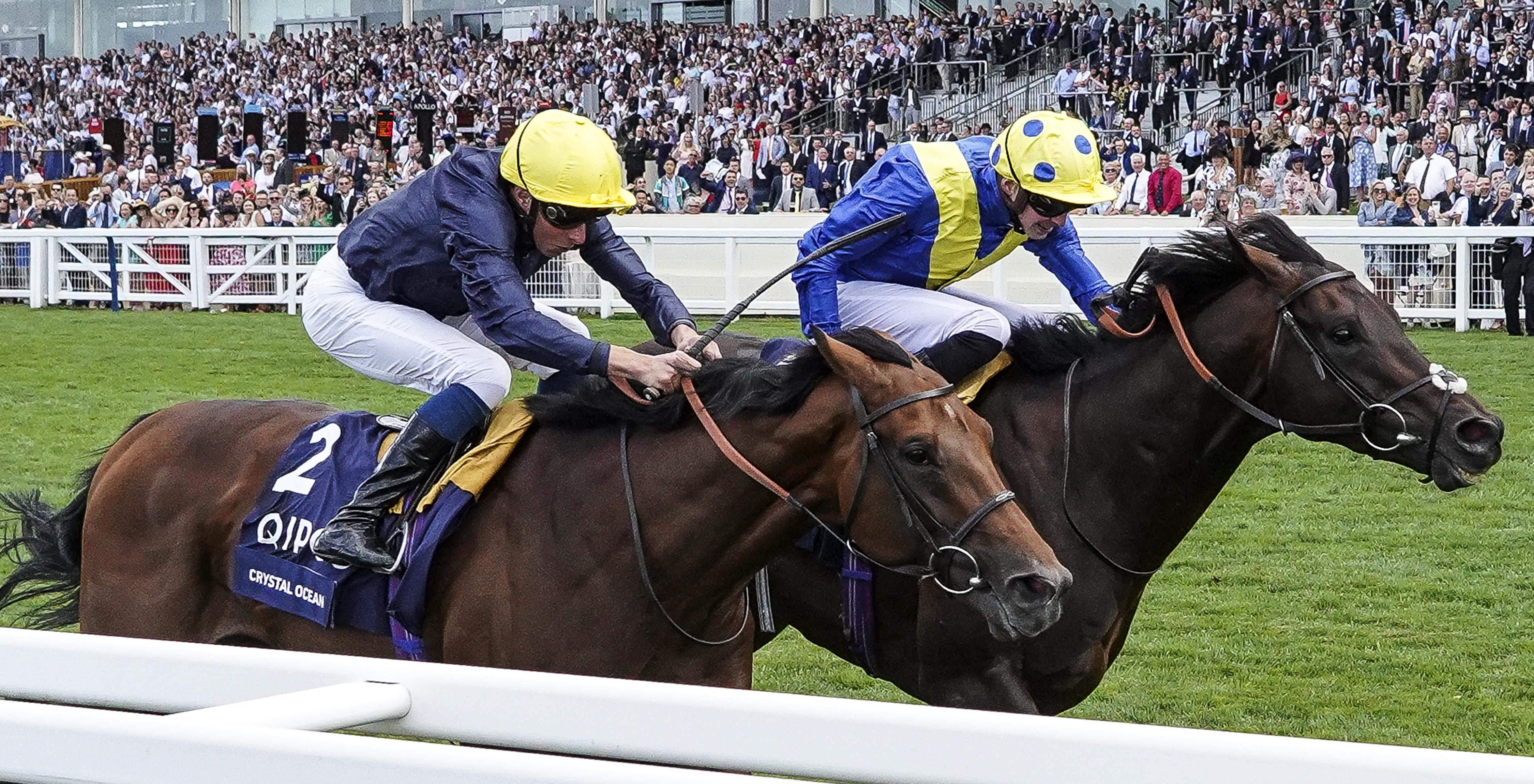 The stayers are up first at 1.25 and £1m bonus winner Stradivarius looks set to go off at a shade of odds-on. He has undoubtedly been one of the stars of the season and will take plenty of beating.

Some of those other defeats were early in his career and he is clearly much improved but there has to be a nagging doubt and, foe me, that is one nagging doubt too many to be backing a horse at evens or less.

Aidan O'Brien supplemented Irish St Leger winner Flag Of Honour on Monday and he has improved since stepping up in trip although, like the favourite, he has been running on good summer ground.

I spy an eyecatcher…

The nights are drawing in, Willie Mullins is winning big races, it must mean 'proper' jumps racing is back.

Chepstow's two-day fixture last weekend proved it, with plenty of good horses on show. On Saturday there was a fiercely competitive mares' hurdle over just shy of 2m4f, won in good style by Posh Trish, a Listed winner in bumpers who will do well over obstacles.

Back in third, staying on nicely was ANNIE MC, a 20-1 shot who finished runner-up in both her starts in Irish point-to-points before being sold for £20,000. Now with Jonjo O'Neill she looks sure to win races.

On Sunday Paul Nicholls unleashed an exciting prospect in the closing bumper, McFABULOUS, who overcame understandable rawness on his first sight of a racecourse to storm home and land the prize after being outpaced early in the straight.

This four-year-old half-brother to high-class chaser Waiting Patiently could be well-named. He surely has a fabulous future.

He bolted up in a Listed event over an extended 1m4f at Limerick last Saturday, beating Twilight Payment more easily than Flag Of Honour had done earlier at the Curragh, he is bred to stay two miles and, after just four races in his life, there is surely much more to come.

Next up it's the turn of the sprinters (2.00) and 'turn' is the operative word as all the top sprints in Britain have been won by different horses.

That might worry backers of The Tin Man, who was very impressive at Haydock (on heavy) and goes well at this track, having won this race in 2016 and the Diamond Jubilee last season. 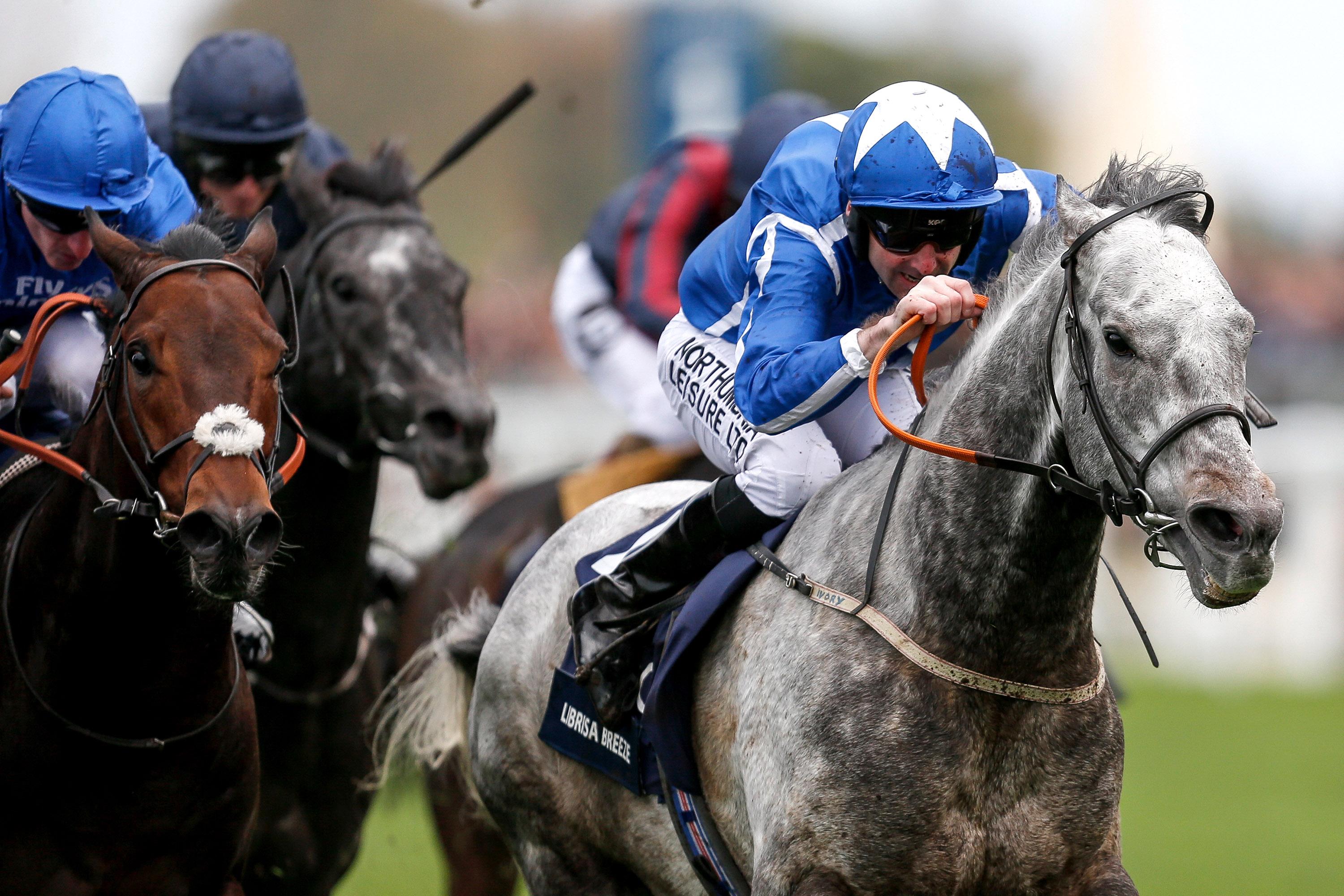 But he was beaten on soft last season in this race by LIBRISA BREEZE and it could be the grey's day again today.

His form figures do not inspire confidence but he loves the straight track here and relishes soft going. In three runs under such conditions his form reads 211.

He will get the fast pace he needs and he has a blistering turn of foot when at his best. He should be just that today.

Temperament seems to be getting the better of Harry Angel, who has never been at his best here anyway, while Brando often runs well in top sprints without quite ever looking like winning one.

In a division where upsets have become the norm those looking for each-way value might consider Sands Of Mali, slightly unlucky when just pipped in the Commonwealth Cup here at the Royal meeting, and proven on testing ground.

HYDRANGEA will relish the conditions in her attempt to repeat last year's triumph in the Fillies and Mares Stakes (2.40).

She stayed on strongly that day to beat the high-class Bateel with Coronet well beaten in third.

She flopped here in the King George but her stable were out of form then and the ground was very fast. Today's surface will be ideal and normal service has been restored as far as the O'Brien horses are concerned. 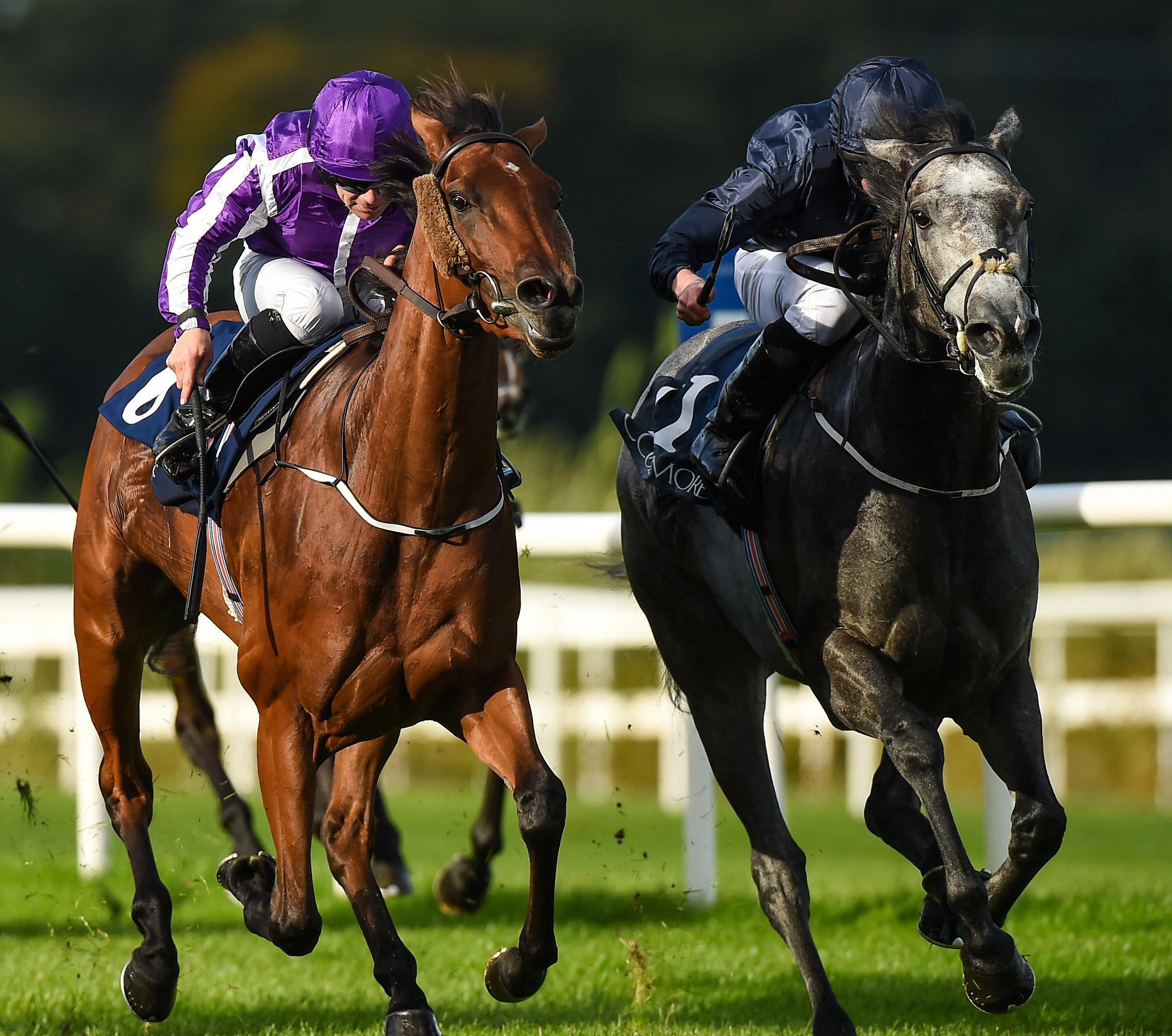 Lah Ti Dar is hot favourite after her terrific second in the St Leger but she had a hard race there and she is unproven on very testing ground.

Prix Vermeille winner Kitesurf probably needs to improve and the same is true of progressive Pilaster, who was unsuited by the steady pace when beaten at Doncaster.

Roaring Lion looks likely to head the market for the Queen Elizabeth II Stakes over a mile (3.15) after being switched to the shorter race because of the ground.

On ratings he is the one to beat but his improved form has been at middle distances on fast ground and he has had a very long season, having had his first race in mid-April.

GET ON TREND Who will win the Champions Sprint at Ascot this Saturday?

Fellow three-year-old Laurens has had a similar campaign, making her seasonal debut when runner-up in the 1,000 Guineas in May.

Her toughness and enthusiasm are top-class but she has been raced exclusively against her own sex and may find this too tough a task. But if she is up to it there would be no more popular winner.

Like the sprinting division there has been no outstanding older miler, Lightning Spear won the Sussex Stakes on his 16th attempt at a Group 1 but Lightning never strikes twice!

Lord Glitters was second in the Queen Anne behind the absent Accidental Agent and, with his good track record, should be in the shake-up. 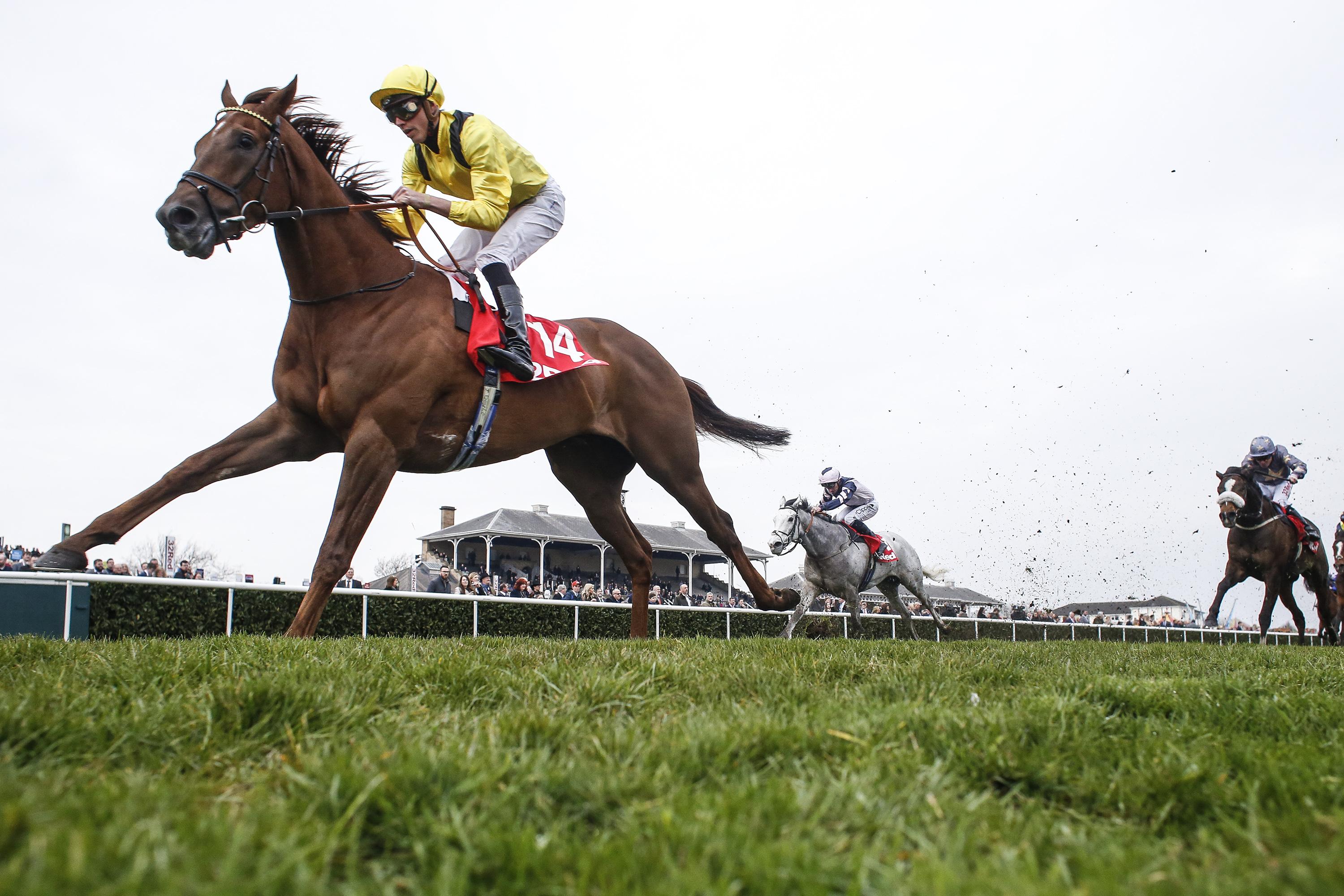 Recoletos is a Group 1 winner in France but was only seventh in the Queen Anne. It might be the day ADDEYBB finally proves his undoubted quality now the ground has come in his favour.

He laughed at Lord Glitters when trouncing him in the Lincoln and then dotted up in a Group 2 at Sandown, both on soft, before disappointing in the Lockinge at Newbury.

But the ground was fast and he was drawn on the wrong side so that run should be ignored.

He has had a long lay-off but freshness is no bad thing at this stage and he looks overpriced at 8-1 or bigger.