THE best bet of the weekend runs in the Paddy Mullins Mares Handicap Hurdle and that is SINORIA.

Henry De Bromhead has a similar type in Honeysuckle and she bolted up in a Grade 3 at Fairyhouse last week. 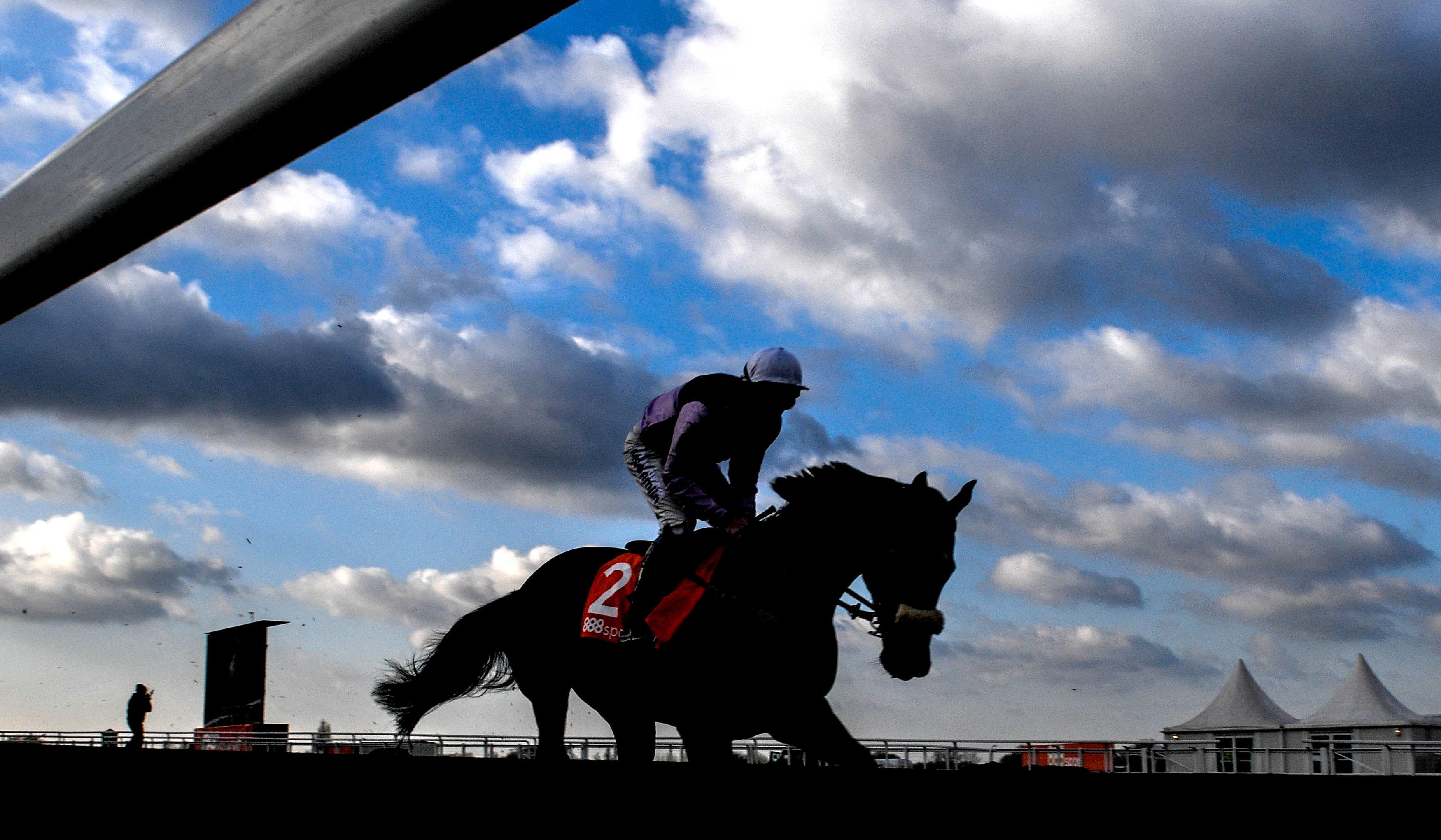 The selection may not be quite as talented as her, but she looked to be graded class when winning a decent maiden at Down Royal on Stephen’s Day.

It would be a shock to me if she is not competitive off a mark of 128.

The hat-trick seeking Clementina and Court Maid should both relish this intermediate trip, while Agusta Gold won a decent pot at Navan last time.

Willie Mullins’ pair Cut The Mustard and Sapphire Lady should both be competitive.

TRAINER Joseph O’Brien has been dominating the juvenile ranks and he will be hoping his SIR EREC can follow in the path of Fakir D’oudairies who bolted up at Cheltenham last Saturday.

He should be capable of much more with that experience under his belt.

Tiger Tap Tap was only just held by the selection last time and clearly comes here with plenty to recommend about him.

He looked to have a unique blend of speed and stamina and there is no doubt it will be close between the pair once again.

Coeur Sublime looked to be staying on strongly when falling at the last here in a Grade 2 over the festive period. That was not a strong renewal and he could be vulnerable here.

Gardens Of Babylon and Surin are closely matched, but might lack a gear at this level. 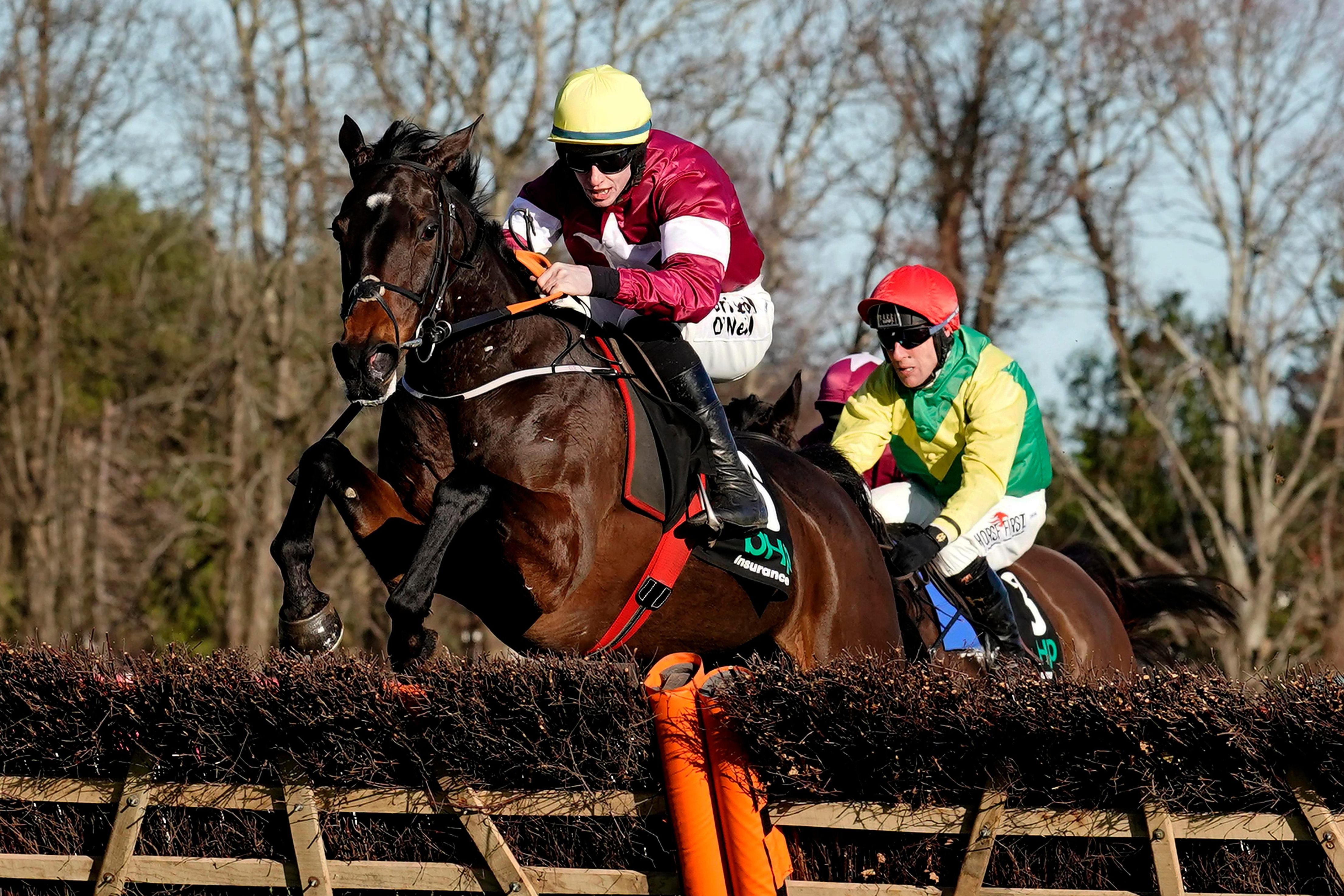 A competitive Grade 1 and I have a feeling Gordon Elliott might be lifting another valuable novice hurdle prize with VISION D’HONNEUR.

The five-year-old still lacks experience, but he was well punted when a promising fourth here in December and progressed from that outing to bolt up at Punchestown last time.

This is a huge step up in level, but he has a touch of class and is held in some regard by connections .

The one to push him most could be Noel Meade’s Valdieu. The six-year-old took an age to get his head in front in bumpers, but he never came off the bridle when hacking up at Down Royal on St Stephen’s Day.

Willie Mullins is well represented with four runners, but I think his quartet can be cut down to two.

Aramon sets the standard with the way he bolted up here in a Grade 1 and the potential of Klassical Dream is there for all to see. 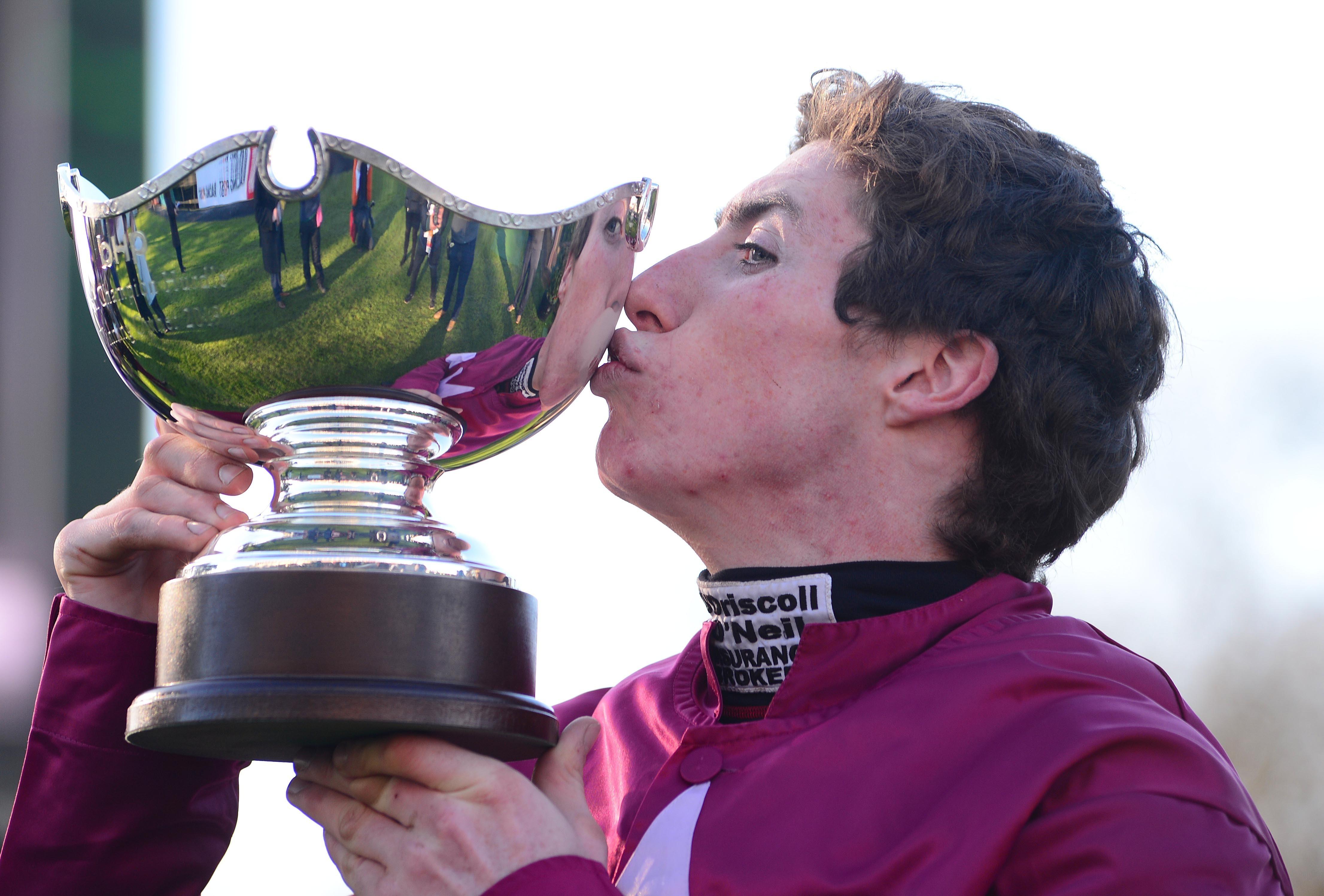 I am hoping for a Flawless performance. I’m taking a chance putting FLAWLESS ESCAPE up because I think Gordon Elliott will be hoping to get him qualified for Cheltenham without spoiling his mark.

However, I believe this strapping six-year-old to be someway ahead of his mark and he looks too well treated not to be in the thick of it.

He’s barely been raced since finishing a closing third in this last year to Total Recall and I think he is worth taking a chance on now a year stronger.

Salty Boy won well at Navan, Pleasure Dome was a little unlucky at Limerick and Brosna George is in the form of his life.

However, Gigginstown look to have the strongest hand with their trio of contenders. Course winner Cuneo will be popular with punters, Cap York is unexposed and Dallas Des Pictons could be well treated on his handicap debut. 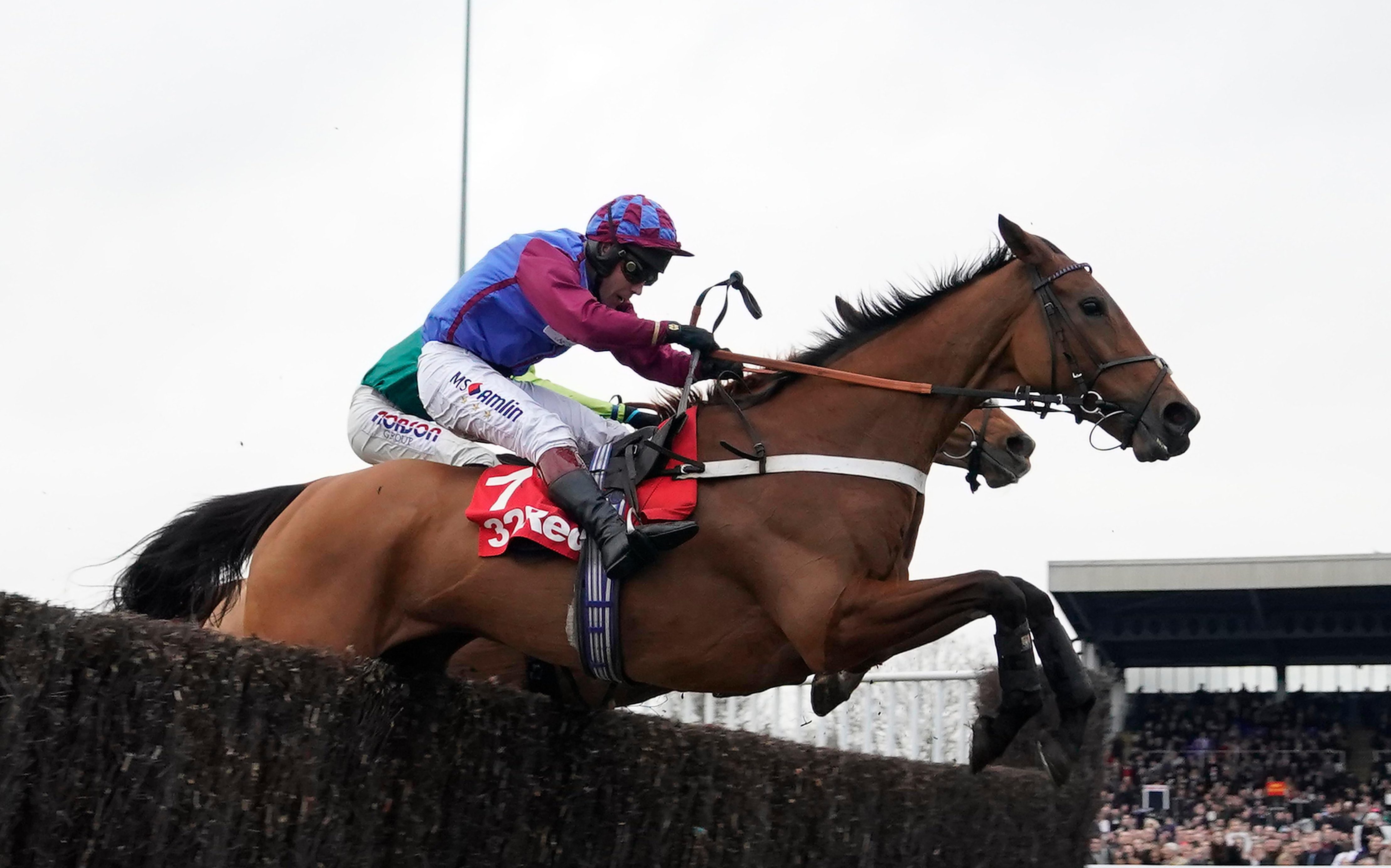 IT was tempting to put up the much-improved Winter Escape, but I think UK raider LA BAGUE AU ROI has much the best form. Warren Greatrex’s super mare is unbeaten over fences and her jumping is electric.

She seems to have an extra gear over her fences that others don’t have and she sets the standard on her win in the Kauto Star at Kempton.

The aforementioned Winter Escape has been one of the training performances of the season by Aidan Howard who has brought the eight-year-old back to his very best.

Don’t forget this lad looked gone at the game two years ago, but Howard has him operating at a very high level.

Delta Work is a dual Grade 1 winner, but giving 7lb to the mare might be beyond him. His Drinmore win clearly marks him out as a classy sort given what Le Richebourg has done since, but he could more than meet his match in the selection.

I am surprised Hardline is not running in the Irish Arkle. He might have won a Grade 1 over this sort of trip at Limerick, his best form is over a fast run two miles. 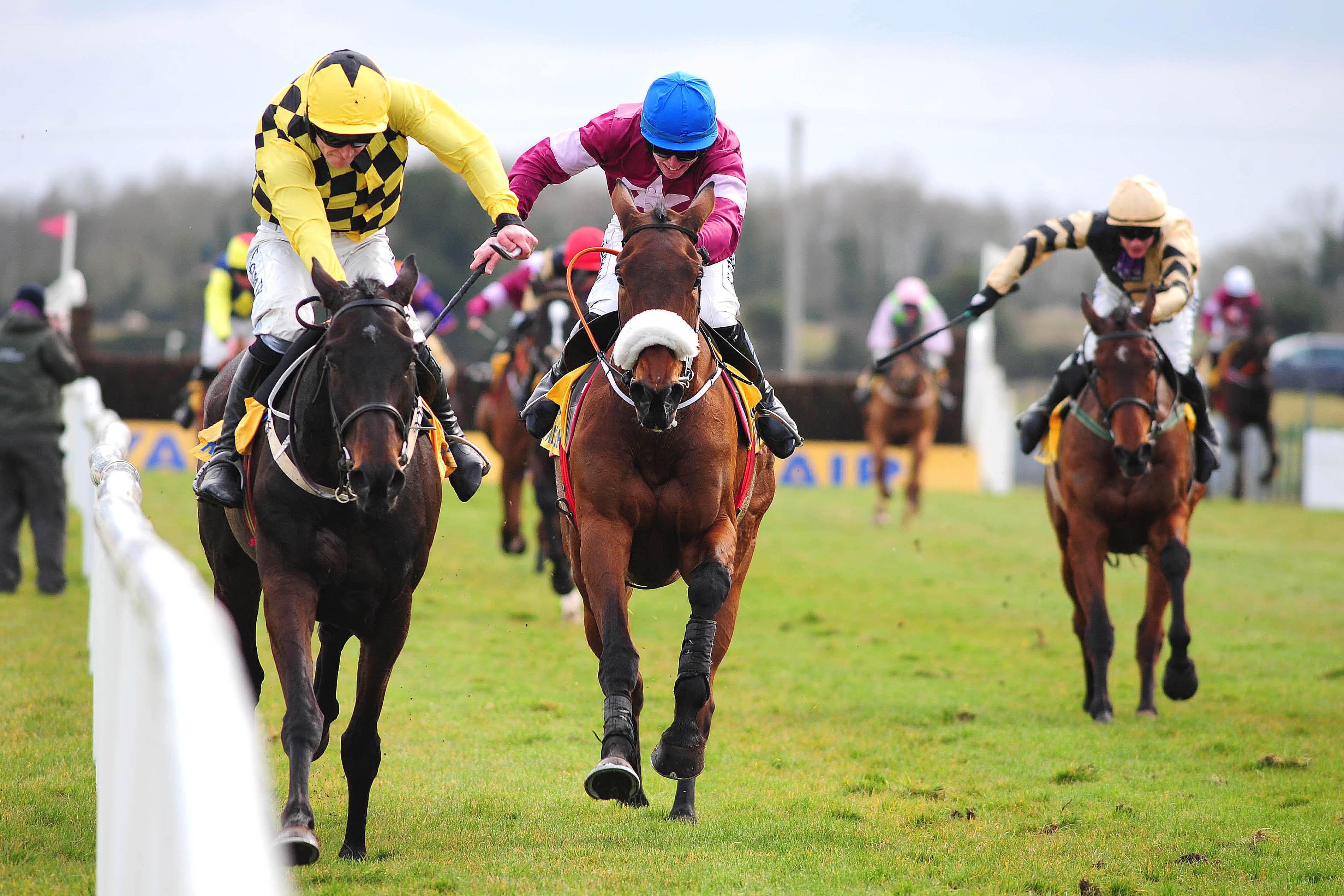 AL BOUM PHOTO can be picture perfect in the Irish Gold Cup.

The third has since won the Thyestes at Gowran Park — so the form is clearly quality. He stays, jumps well and has a big engine.

The only thing he wants is rain — If the track gets rain then he could enhance his Cheltenham claims with a big win here.

Road To Respect sets the standard on form, but he proved when third in the Savills Chase that he’s far from unbeatable. That was a tactical affair though and he still looks the one the selection has to beat on his prior Down Royal romp.

Monalee ran a cracker for second in the Savills and Bellshill should come on plenty for finishing fourth.

Anibale Fly has Cheltenham and Aintree as his big aims for the season, but he does like it here at Leopardstown.

He hacked up in the Paddy Power here last season and was still in with a chance when tipping up two out in this last year. This should be run at a good gallop and he will be staying on strong in the straight.

I’m seeking Glory with LANDOFHOPEANDGLORY in this competitive handicap chase.

J P McManus has his usual strong hand in the big handicaps and there could be a spot of value to be had with this fellow with the owner’s De Name Escapes Me and Any Second Now likely to be very popular with punters.

Joseph O’Brien’s six-year-old comes with risks as he can be inclined to rub a fence every now and again, but he was a big eye catcher at Limerick last time. He should go well off a lovely racing weight.

The biggest threat to the selection could come from the aforementioned De Name Escapes Me and Any Second Now.

The booking of David Mullins is a big plus for Black Scorpion and Speaker Connolly may have been whacked by the handicapper for his win here, but the manner of that victory indicates that he should cope with the rise.

Be a Rebel in the closing bumper. REBEL OG is hold in some regard by Closutton.

Willie Mullins’ mare looked good on debut, but was below her best at Punchestown in November. She has a bit to prove at such short odds, but she is worth another chance to confirm the promise of her debut.

It could be a late Christmas present for Finny Maguire though if his Santa Rossa does the business. She has her work cut out if the Closutton mare is on form, but she makes more appeal than Gordon Elliott’s Bigbadandbeautiful.