Todd Carney is expected to make his return to football in Sydney next weekend with North Sydney in a move that could one day lead to a Roosters return.

The Bears are set to defy the wishes of South Sydney and sign Carney, a deal that threatens to prematurely end their 11-year relationship. Should that transpire, the Roosters – in need of a feeder club – are prepared to immediately link with the Bears. 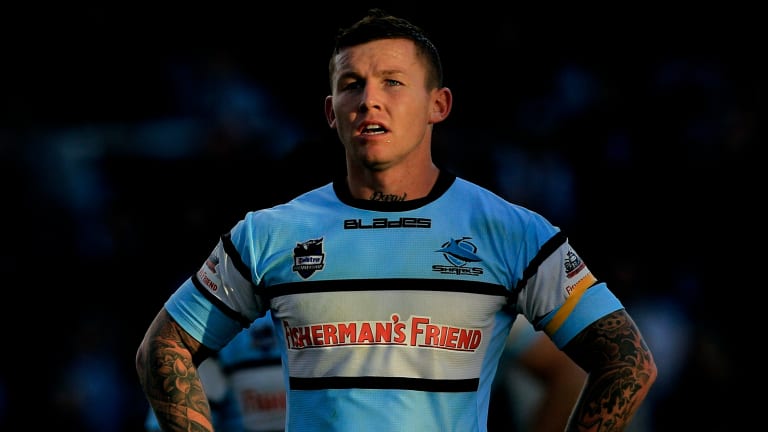 He’s back: Former Shark Todd Carney is set to run out for the Bears next weekend.

The addition of Carney to a Roosters-aligned Norths squad opens up the prospect of an NRL return to the tricolours. The 31-year-old played his best football at Bondi Junction, helping steer the side to the 2010 grand final, collecting the Dally M medal along the way. While his career hasn’t reached those heights since, the former NSW pivot is determined to return to the NRL and the Roosters still have one spot to fill in their 30-man roster before June 30.

With a host of halves, including Mitch Cornish, Sean O’Sullivan, Ryan Matterson and Lachlan Lam, already on their books, it remains to be seen whether Trent Robinson requires another playmaker. However, Carney’s experience could be handy, particularly if Luke Keary is called up during the State of Origin period.

All is contingent on how Souths will react to Carney’s signing. Rabbitohs officials were livid with the Bears over the move and have threatened to pull all of their surplus NRL players out of Sunday’s Intrust Super Premiership clash with Blacktown. That would have been an unmitigated disaster for the Bears, who had planned a $10,000 kick-for-cash promotion in a game they must win to remain in finals contention.

However, fringe first-graders, including Robbie Farah, Kyle Turner, Tyrell Fuimaono and Vincent Leuluai – all named for the Bears during the week – are expected to be available for the fixture at North Sydney Oval.

The Bears feel they need Carney to become a genuine premiership contender, while South Sydney want the pathway to be used by contracted players, including Adam Doueihi, Connor Tracey and Dean Hawkins.

With Norths pressing on with their pursuit of Carney, he is set to make his debut for the club against Wentworthville at Ringrose Park next Sunday. It is likely he will do so with a Bears side that will be aligned with the Roosters rather than the Rabbitohs as its parent club in a move that further escalates tensions between the foundation teams.

The past few years have been difficult for Carney. He has bounced between Super League clubs Catalans and Salford, fought in a charity boxing bout against Chris Sandow and spent the early part of this year with Queensland Cup side Northern Pride.

Just as he appeared to be on the brink of being cleared for an NRL return with the Cowboys, he returned to Sydney to be with his mother as she battles cancer.

The return to the Harbour City has already reaped some benefits. A Bears contract is a formality, while he has also started work at the Speed Agility Academy run by sprint guru Roger Fabri. 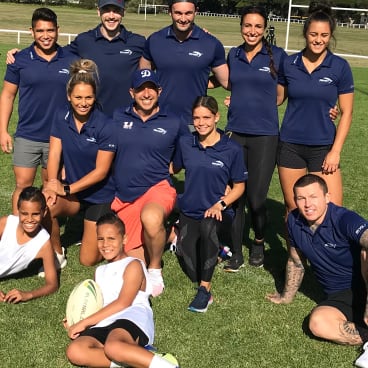 Todd Carney, bottom right, has been working with the Speed Agility Academy since returning to Sydney.

"It was only a fortnight ago that he was playing up at Cairns, so it’s not like he’s been doing nothing," Fabri said.

"He's not in the greatest of shape, but he will acquit himself better than most people think and there will be a lot of improvement in him.

"It's been terrific to have him on board, the public response has been overwhelming.

"He's fitted into my coaching team like he’s been there from day one."