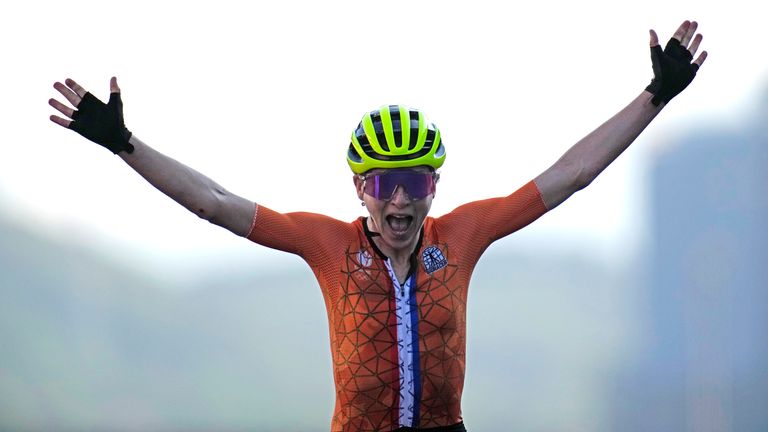 Anna Kiesenhofer took a shock solo win for Austria in the women’s Olympic cycling road race, before second-placed Annemiek van Vleuten crossed the line and thought that she had secured gold.

Kiesenhofer, without a professional contract since 2017, was on the attack from the very start of Sunday’s 137-kilometre race to the Fuji International Speedway, and was rewarded with a truly stunning victory after going solo for the final 40km of the race.

A combination of no race radio and small squads – only five nations had the full complement of four riders – proved a recipe for chaos behind her and resulted in Dutch rider Van Vleuten’s confusion when she crossed the line 75 seconds after Kiesenhofer.

Turns out that Van Vleuten thought she’d won when crossing the line! When the peleton swept up the remaining two riders from the breakaway they didn’t realise Kiesenhofer was further up the road. That’s a pretty big fail at this level ??‍♂️??‍♂️ #Olympics #Tokyo2020 https://t.co/tRdxP6pSfl

The Austrian and her fellow escapees had been allowed an advantage of more than 10 minutes – a gap virtually unheard of in the shorter stages of women’s racing – and their advantage still stood at five minutes when Kiesenhofer rode away from Anna Plichta and Omer Shapiro to go it alone to the finish.

At the time, it seemed too soon to go clear as Van Vleuten was attacking out of the peloton behind, but there was no miscalculation from Kiesenhofer, who had quite literally been doing her homework to set up this victory.

The 30-year-old, the reigning Austrian time trial champion, studied maths at the University of Cambridge before collecting a PhD from the University of Catalonia, but more recently has been studying the effects of heat on the body – ideal preparation for racing in the humid conditions of Japan.

With Plichta and Shapiro hoovered up by the peloton as they entered the speedway for the second and final time, many in the chasing group believed they were then fighting it out for gold. 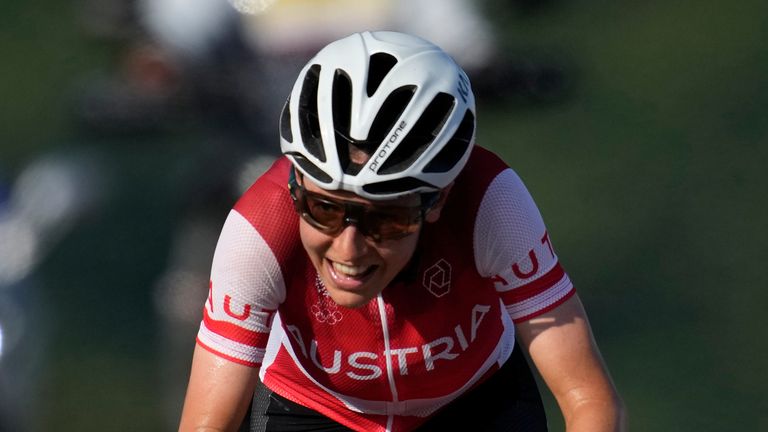 Elisa Longo Borghini insisted she knew she had taken bronze, but Van Vleuten – who suffered three cracks in her spine in a horror crash at the Rio Games in 2016 – raised her arms in celebration as she crossed the line. 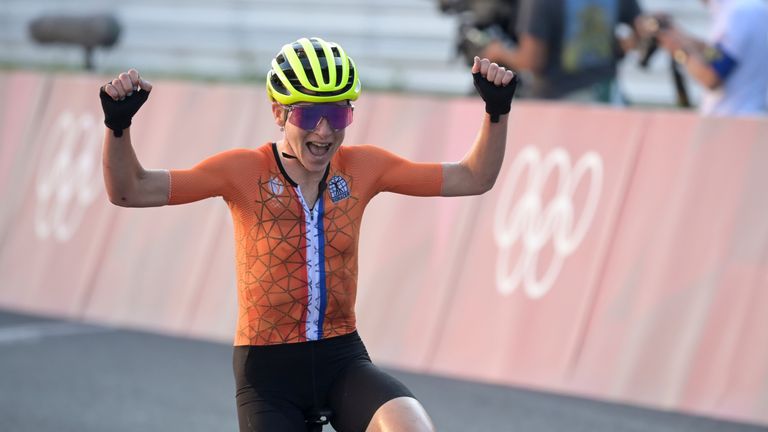 Yes, I thought I had won. I’m gutted about this, of course. At first I felt really stupid, but then the others also did not know who had won.

Such was the confusion that Lizzie Deignan, who finished 11th for Great Britain, even congratulated Van Vleuten in the first of her post-race interviews before realising the true winner.

“I don’t know anything about her,” Deignan said of Kiesenhofer. “She’s definitely a surprise winner.”

The silver medallist was part of a Dutch squad of intimidating strength – three world champions in Van Vleuten, reigning Olympic champion Anna van der Breggen and Marianne Vos, plus the rising star Demi Vollering – but such was their power that others had left it to them to chase the breakaway in a fatal mistake.

“There was a huge lack of information,” Deignan added. “Probably the Dutch dominance before the race worked against me in the end. Nobody committed. In my position as a sole rider, there was nothing I could do and I was surprised by the lack of collaboration.”

Kiesenhofer’s gold is Austria’s first at a summer Olympics since 2004, and first in cycling since Adolf Schmal’s victory in the 12-hour race at the first modern Games in 1896.

“It feels incredible,” she said. “I couldn’t believe it. Even when I crossed the line, it was like, ‘Is it done now? Do I have to continue riding?’ Incredible…

“I was just trying to get to the line. My legs were completely empty. I have never emptied myself so much in my whole life. I could hardly pedal any more. It felt like there was zero energy in my legs.”