We’re going to be spending a fair portion of this morning reviewing last night’s Matildas result and digesting what it means.

It was a pretty brutal way for them to go out, but my take is they have easily surpassed expectations – if you’d have told any Aussie fan before the tournament that they’d make the final four, they’d have bitten your hand off – and they are reasonably well set up under new coach Tony Gustavsson for further improvement on the road to the 2023 Women’s World Cup, which will be played on home soil (and New Zealand, which I guess is home-ish soil). 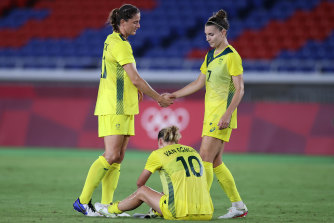 It was a tough one to take for the Matildas last night.Credit:Getty

What did you think? Jump into the comments section and make your feelings known. Have any players really impressed you in Tokyo? What part of the team needs work?

It’s not long until the Matildas are back in another major tournament – the next Women’s Asian Cup is due to begin on January 20 in India. Somehow I feel like that’s long odds to actually happen, due to COVID.

The Olympics has successfully distracted us from the fact there’s a pandemic raging right now. Tokyo recorded another 3058 cases of COVID-19 yesterday, more than half of which are unlinked.

The Games bubble added another 17 cases, taking the total to 276 infections for athletes, officials and media involved in the event. 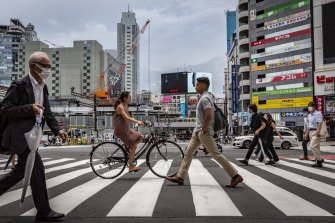 Japan’s COVID-19 infections are climbing despite a state of emergency. Credit:Getty Images

Japan is now on track to reach 15,000 coronavirus cases per day by the end of the Olympics as health officials warn the situation is dire and the county’s top medical union says the Games could lead to further deaths, Eryk Bagshaw writes here.

The Aussies to watch today

Here are all of the Australians in action today: 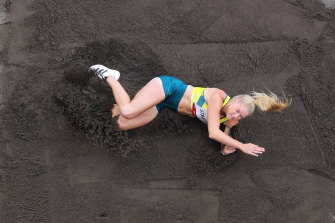 Aussie long-jumper Brooke Stratton has a shot at a medal today.Credit:Getty 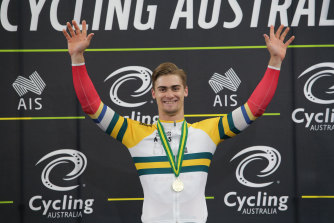 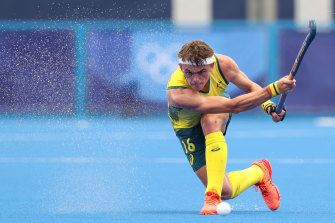 Tim Howard and the Kookaburras are in the semi-finals.Credit:Getty

Hello everyone, good morning and welcome back to our live coverage of the Tokyo Olympics. It’s day 11. I’m Vince Rugari, thanks for being here – I’m steering the ship until just after lunch. My colleague Michael Chammas will be on deck very soon.

We’ll preview the day’s action for you in a moment, but here’s a quick rundown of last night’s events:

A mixed bag there for the Aussies, but today is a brand new day with a new bunch of medals up for grabs.