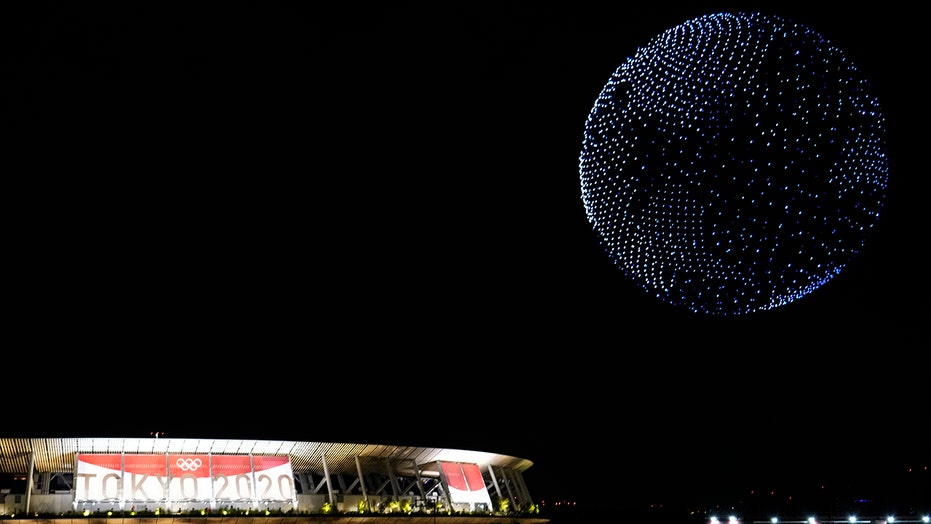 The Tokyo Olympics’ opening ceremonies did not skimp out on the pageantry, even as the parade of nations was a bit more socially distant than usual and there were no actual fans in the stands.

As the Games celebrated unity around the globe, more than 1,800 drones took to the Tokyo skies and formed the rotating Earth above Olympic Stadium.

While competitions have already been ongoing in Japan, the official opening ceremonies took place Friday night. Thousands of athletes gathered in Tokyo to march at the parade of nations. Even without the usual raucous crowd, Olympic organizers were still able to put on a great show.

An array of singers, including Keith Urban and John Legend, contributed to the performance of John Lennon’s “Imagine.”

“We’re not the first to say ‘Imagine no countries’ or ‘Give peace a chance,’ but we’re carrying that torch, like the Olympic torch, passing it hand to hand, to each other, to each country, to each generation. And that’s our job,” Lennon once said.

Japan’s Emperor Naruhito declared the Games officially open in front of the athletes.

“Today is a moment of hope. Yes, it is very different from what all of us had imagined. But let us cherish this moment. Finally, we are all here together,” he added.