Gold Coast co-captain and free agent Tom Lynch has told the club he wishes to leave and join a Melbourne club.

Lynch told the Suns of his wish to leave on Thursday, confirming what had long been suspected both within the club and the wider AFL.

The Suns had been aware that Lynch would almost certainly leave for some weeks, given that there had been no discussions about him signing a new deal with the Gold Coast. 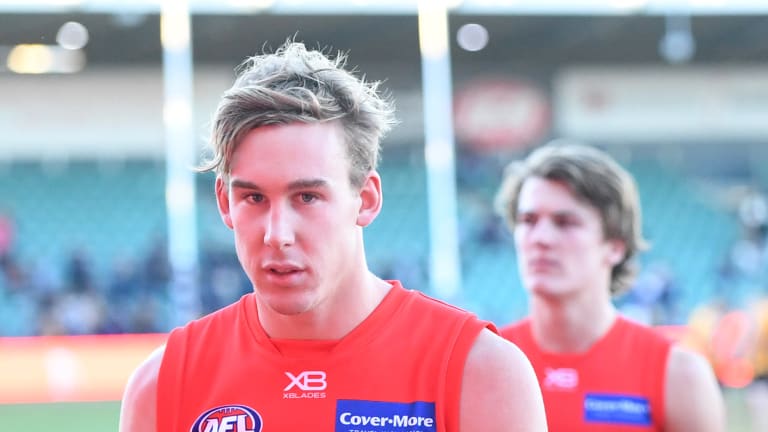 Tom Lynch has informed the Suns that he wants a move to Melbourne.

Richmond and Collingwood head the clubs pursuing Lynch, who is a restricted free agent. The Tigers are still regarded as the frontrunners, despite the two meetings that have been held between the Magpies and Lynch within the past fortnight, including one with the Magpies on Monday at his parents’ home in Blairgowrie. Hawthorn are viewed as a longshot.

Lynch has met with all three of those clubs, who have put their pitch to him.

He will get a long-term deal from his choice of club, a minimum of five years and potentially six or seven years. Money is not a consideration, because he will almost certainly be paid less than he would at Gold Coast, who are already paying him around a million dollars this year.

Lynch can nominate his choice of club, with the Suns having the right to match. On current ladder positions, the Suns would receive pick No.3 – the draft choice immediately after their own – if they did not match the offer. They could also match the offer and force a trade, or refuse to deal and make Lynch enter the draft – or try to get him to stay – though this option is highly unlikely.

Gold Coast were keen for Lynch to inform the club of his intentions soon, rather than having the speculation and discussion drag on, despite the season not being complete. One factor that has hastened the process – free agents usually wait until season’s end before informing their club they are leaving – is that Lynch has had knee surgery and will not play again this season.

The attention will quickly shift to the battle for his services and Lynch’s eventual choice. He cannot be formally signed by another club until October during the overlapping free agency and trading periods.