Rogic put through Scotland winger James Forrest twice, in the 30th and 38th minutes, as the Hoops moved within three points of table leaders Hearts on Sunday.

If it wasn't for Forrest's stunning four-goal tally, the Australian would have a claim on man of the match after oozing class for 69 minutes. 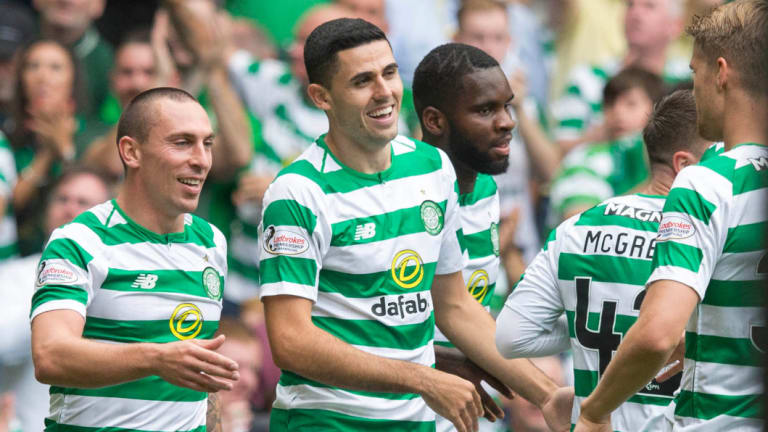 Australian Tom Rogic was in sparkling form for Celtic.Credit:PA

The Scotland winger was sent off in the 3-1 Europa League defeat by Salzburg on Thursday night but more than made amends by becoming the first Celtic player to score four goals in an away match since Maciej Zurawski in an 8-1 win at Dunfermline in February 2006.

Striker Odsonne Edouard and midfielder Callum McGregor were also on the scoresheet against a sorry Saints side who played most of the second half with 10 men. Midfielder Danny Swanson was shown a straight red card by referee Kevin Clancy in the 47th minute for taking out Forrest as he broke forward.

It was the perfect response from Celtic following the European disappointment in Austria. With Hearts losing 3-1 to Rangers at Ibrox earlier in the day, the champions are poised to make their move for top spot after the international break.