The Taniela Tupou who terrorised schoolboy rugby opponents never really went away, Reds coach Brad Thorn believes. He just got a whole lot better in every other department.

Jet-heeled prop Tupou showed he is ready to add to his one substitute appearance for the Wallabies with an eye-catching display for the Queensland Reds in their 38-34 loss to the Hurricanes in Wellington. 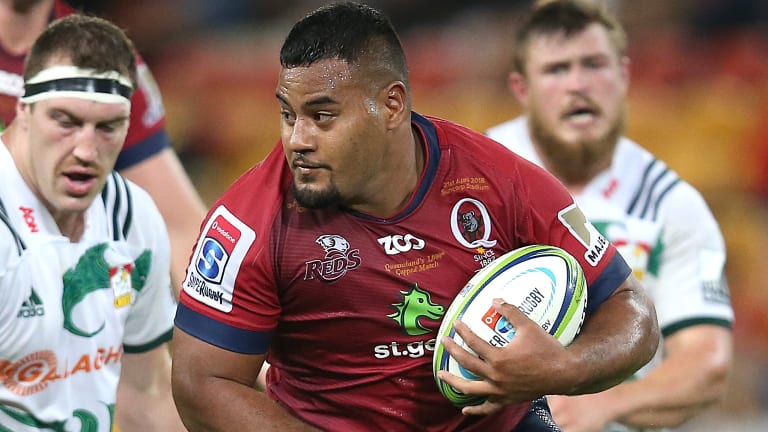 X-factor: Taniela Tupou carries with intent for the Reds.

Tupou powered over for one try and set up another for winger Jordan Petaia with a spectacular 30-metre burst and offload down the left flank.

The tighthead, who turned 22 last week, made his name as a social media sensation in Auckland five years ago, when he ran through and around school defences with an athleticism that defied his bulk.

Dubbed the Tongan Thor, his running exploits were dulled after he shifted to Brisbane and began focusing on more classical front-row work with the Reds.

However, the memorable run which left All Blacks Nehe Milner-Skudder and TJ Perenara sprawling brought a smile to the face of Reds coach Brad Thorn.

"He's always had that, it was never a question of that," Thorn said. "He's a big lad, what, about 133kg but there's big lads all around the world and they know how to tackle. You want to have a complete game. He's got that special X-factor about him, which is really cool. It's all part of it."

Thorn said once Tupou is fine-tuning all departments of a prop's game and says he could forge a 15-year career at the top level.

For now, however, Tupou is part of a team Thorn says is the youngest in Super Rugby and who are still learning about consistency. 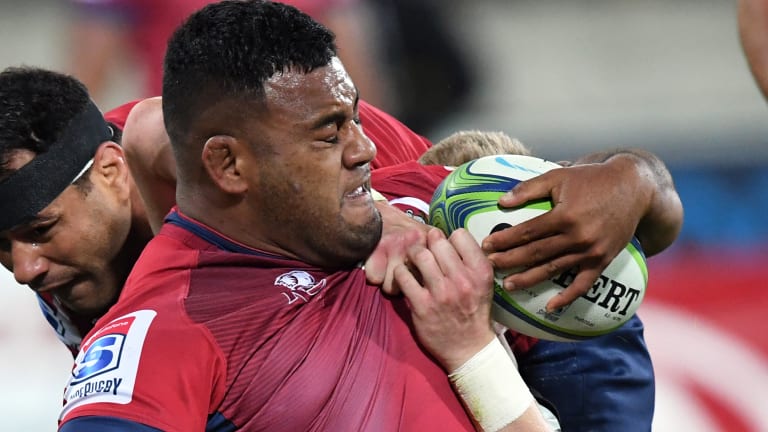 X-man: The front-rower nicknamed Thor has honed his skills but not lost his edge.

"You get a feel for playing battle-hardened (rugby) each week," he said. "Pressure footy, it takes time. I'm so proud of those boys because I'm asking a lot of them. They love it and they bring it. It bodes well for Queensland rugby going forward."

The Reds' play-off hopes are slipping but they will hope for a big finish with four of their last five games in Brisbane, starting next week against the Highlanders.