Before their first clash 14 months ago — when Haye threatened to hospitalise the Bomber — 12-year-old Corey Bellew bore the brunt of the trash-talk in class. 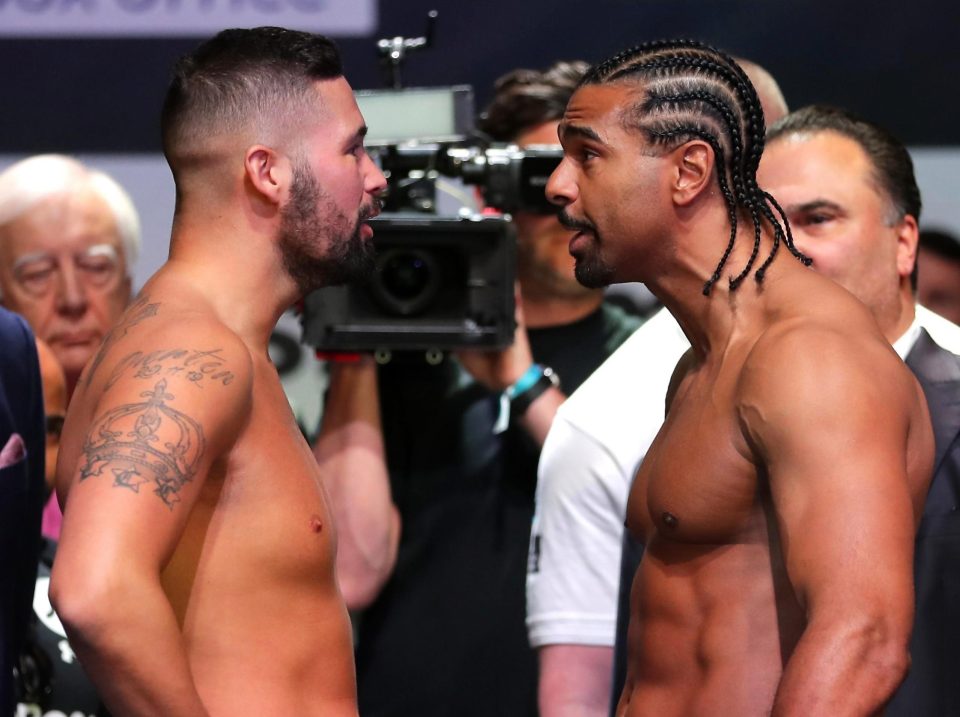 His dad was almost reduced to tears hearing how his eldest lad was targeted and, this time around, his family are enjoying a sun-soaked break to avoid the aggro.

Young Corey was allowed out during term-time — without the £180 fine — after his 6ft 3in heavy-handed dad went to meet the headmaster.

But it is the bullies’ dads who should be worried about punishments if the ex-WBC cruiserweight king gets hold of them. 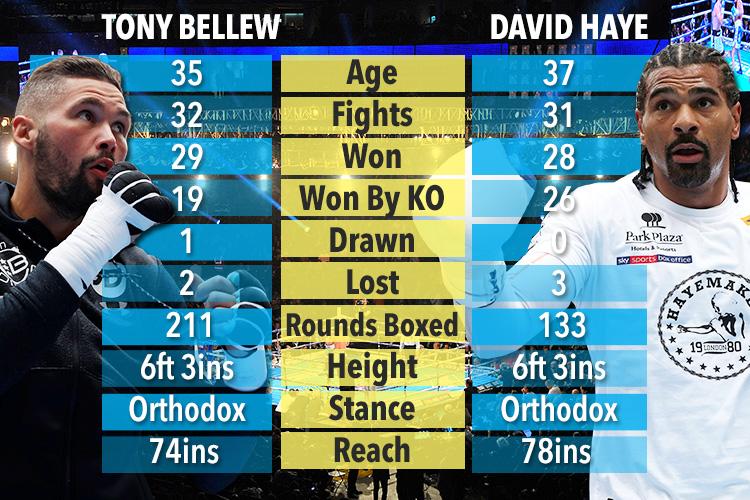 “When my 12-year-old kid is going to school and they are saying, ‘Your dad is getting knocked out’, it is not nice, it’s horrible.

“I was miles away, but it broke my heart and I felt like crying. Why should my son be made to feel like that?

“Just be thankful I am not seeing the dads of the kids who said that to my son!

“He’s away now and I sat with the headmaster on Monday and gave him my reasons. 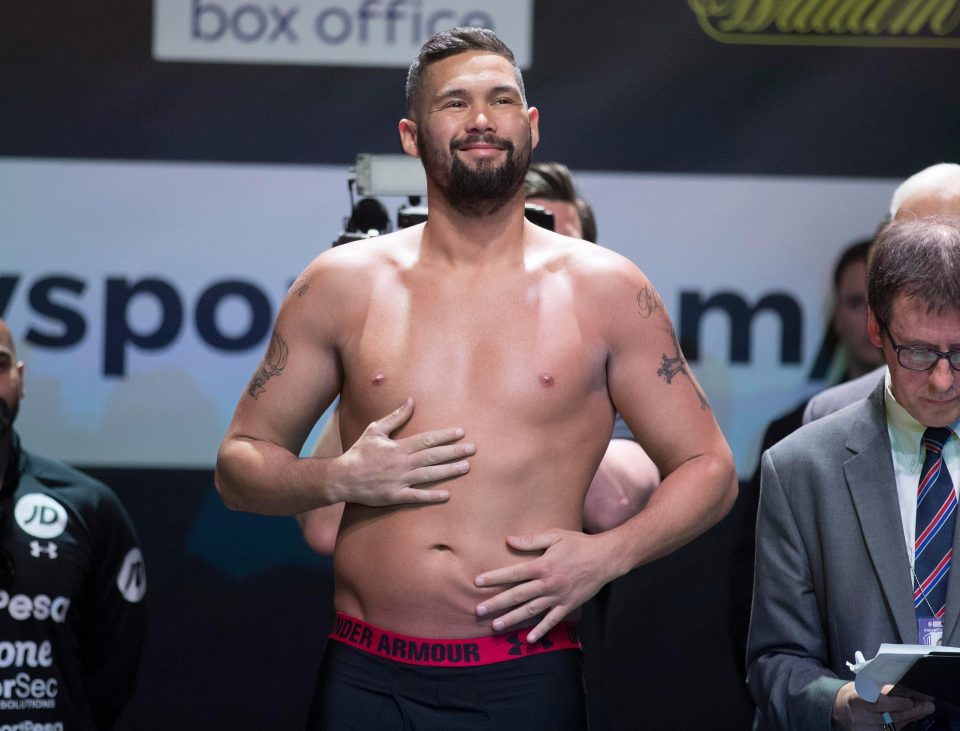 “He did not like hearing about it, but this is the s****y business I choose to earn a living from. They said you usually get fined for taking them out of school, but these were exceptional circumstances.”

Bellew won the first fight thanks to six rounds of superior boxing and Haye, 37, fighting the final five with a snapped Achilles.

Since that 11-round grudge war, Haye has suffered another injury — this time to a bicep that required surgery — which delayed tonight’s O2 showdown by five months.

Team Haye insist their man is in the best shape of his once-glittering career, despite the mounting scars and miles on the clock, and is on a par with Olympic king Usain Bolt.

But Bellew expects to face a shadow of the fighter who ruled the cruiserweight division in 2008.

He added: “There is a difference between a fighter and an athlete — he will always be a great athlete. 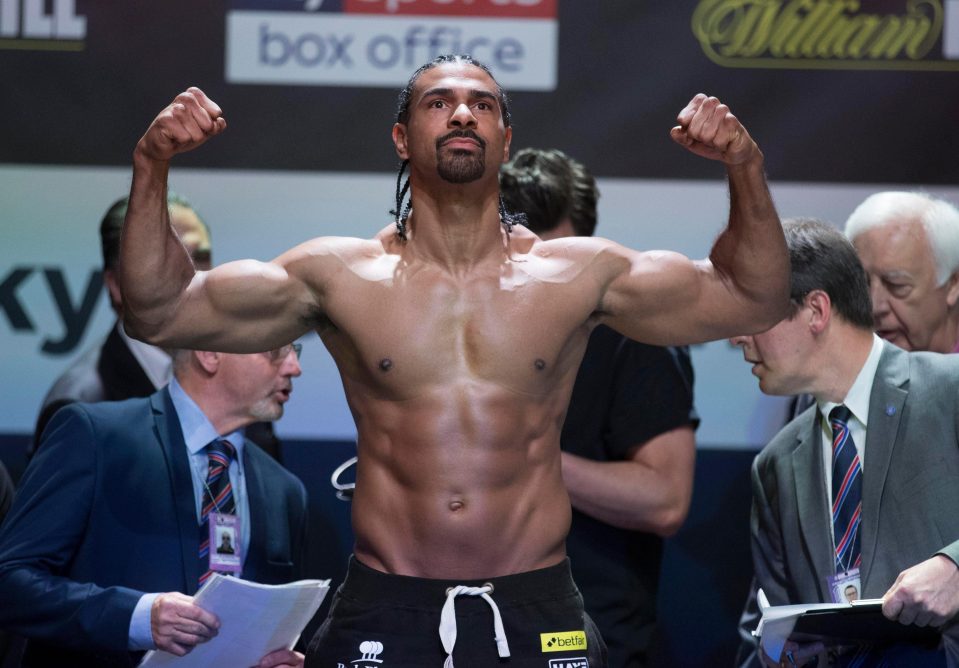 “He says he is at his peak but it is impossible. You cannot defy age, time waits for no man.

“He is not the same athlete as me because I am a fighting man. My tools have improved with age but if I was a typical explosive athlete then that decreases.

“One of his team said he is like Usain Bolt. I don’t know what drugs they are taking over there but they must be good because he is not Usain Bolt, the greatest athlete to walk the Earth.

“Bolt is one of my favourites athletes of all time.  I think he is an amazing man. But he was finished at 28 or 29 because he is a power-based athlete.

"My style and David’s are not the same. You cannot do what he does and not decrease.

“The first things that go as you get older are your speed, timing and awareness. 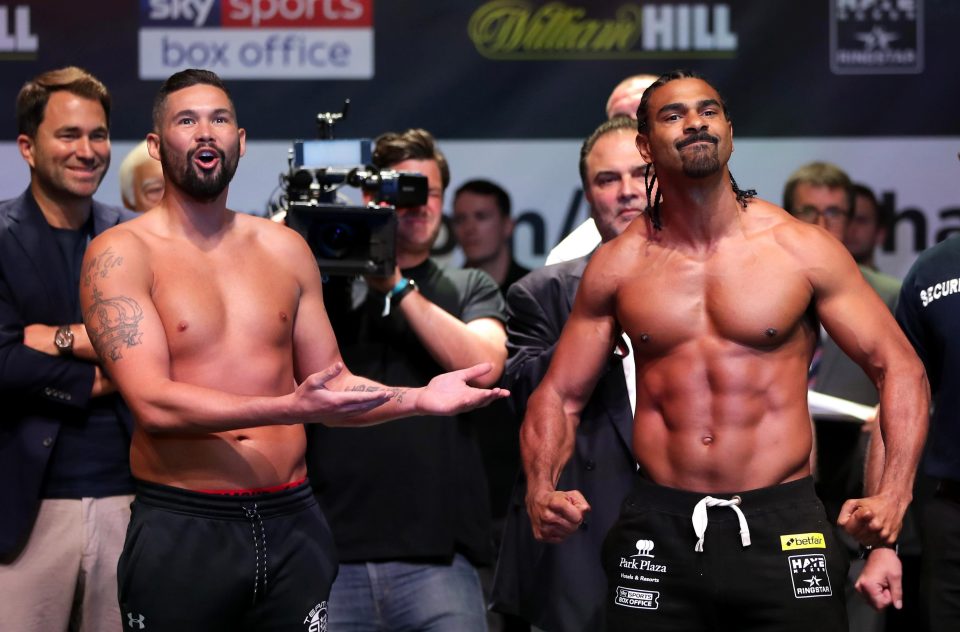 “The last thing to leave is your power, that is why he’ll always be an elite-level fighter. He’s the biggest single puncher in the world.”

Even after shoving Haye on Thursday, Bellew spoke highly of the Londoner’s achievements and labelled him a bigger hitter than Anthony Joshua and Deontay Wilder.

But Haye, who revealed there is a rematch clause in this contract if he wins and broadcasters Sky are interested, says Bellew’s words are only to boost his own ego.

The former WBA world heavyweight champ said: “Bellew cannot really believe I am the heaviest puncher in the world because he would not fight me if he did.

“He thinks he is going to win the fight so if he talks me up it will get him more credibility.”

You can listen to live and exclusive national radio commentary of Haye v Bellew on talkSPORT, via the website, through their app or on DAB digital radio. Click here for more details of talkSPORT’s exclusive coverage