Hayemaker’s Achilles tendon ruptured in their first fight 14 months ago — and the original rematch was canned after he needed a bicep op. 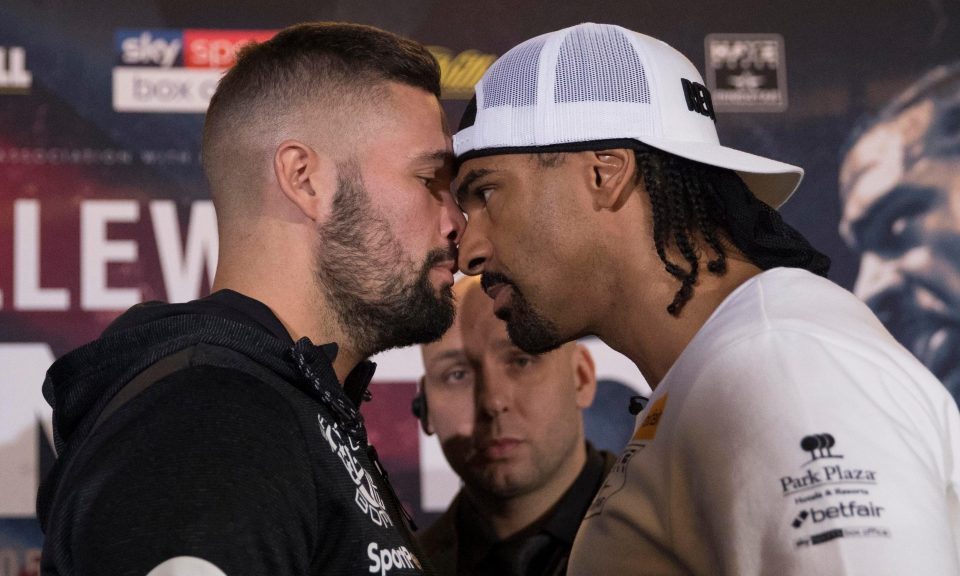 Crocked Haye was forced to adopt rope-a-dope tactics in that painful defeat.

And Bomber, 35, expects another sicknote from the ex-heavyweight champion when they fight again on Saturday.

Bellew said: “I’ve done over 100 rounds in sparring with numerous partners and prepared for every version of Haye.

“What I didn’t prepare for last time was an injured Haye sitting on the ropes, waiting to counter with a big right hand.

“Funnily enough, I’ve even prepared for that in this fight!

“I’ve had a man lying on the ropes looking for a big right-hand.

“In later rounds of sparring, I’ve had a fresh sparring partner come in who is very good on defence.” 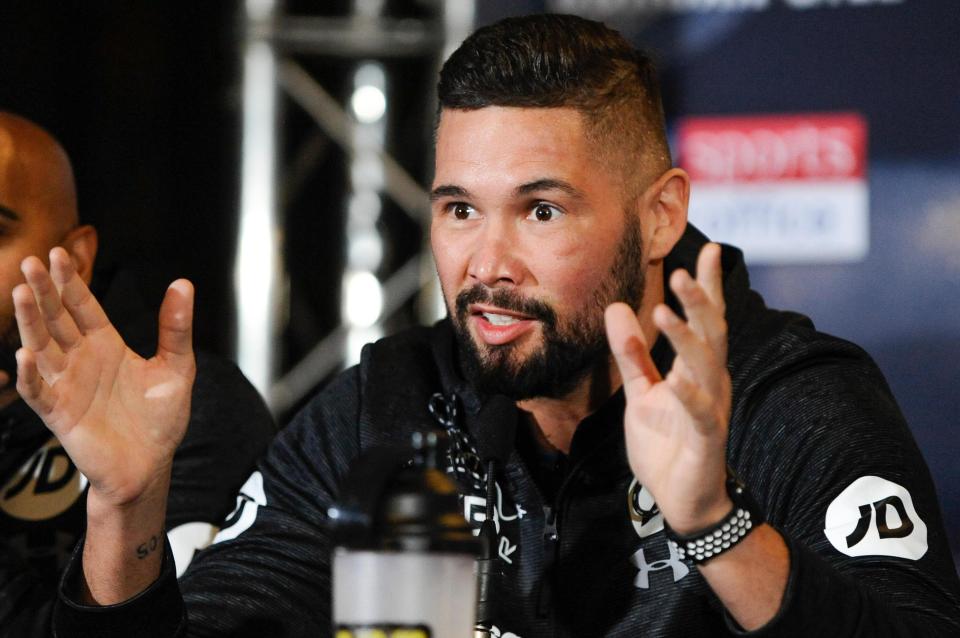 Haye, 37, was on the receiving end of a shove from Everton fan Bellew at the end of their Westminster face-off yesterday.

It was the first time the Scouser had lost his cool in the build-up — prompting Haye to claim his bitter rival is feeling the pressure.

He said: “He’s starting to crack. Bellew was just saying stuff to try to wind me up. He’s a strange fella.”

In the press conference for their March 2017 fight, Haye landed a left hook on Bellew after a similar shove. 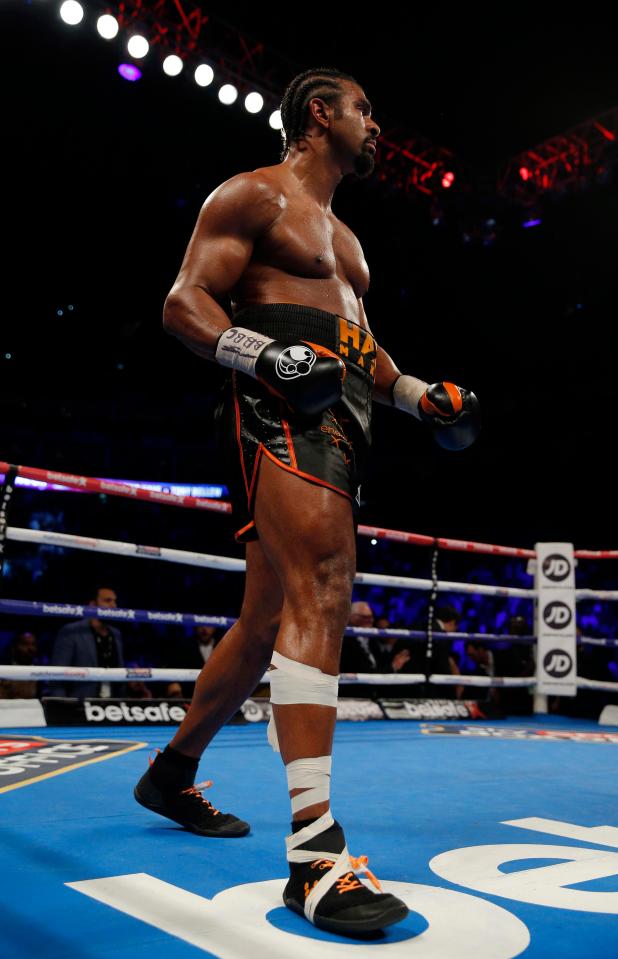 And in 2012 when Dereck Chisora lost to Wladimir Klitschko, Haye burst into the press conference and brawled with his fellow Brit.

Hayemaker hit his future opponent with a bottle and his then-trainer Adam Booth suffered a gash to the head during the scrap.

Haye says it was lucky there were no weapons to hand yesterday — or their fight at London’s O2 could have been off.

He said: “Bellew did the same thing in our first press conference and, as he pushed me, I managed to swing a little left slap.

“This time around, if I had punched him, I would have cut him and the fight would be off.”