Sekope Kepu remembers two things about the Waratahs' epic 2014 away win against the Chiefs in New Plymouth: snow dusting the tip of Mt Taranaki and Tatafu Polota-Nau dusting All Blacks lock Sam Cane.

"It was one of the loudest collisions I've ever heard. I remember him [Polota-Nau] walking into the sheds at half-time, he had a tooth missing, his tooth was in his mouthguard," Kepu said. 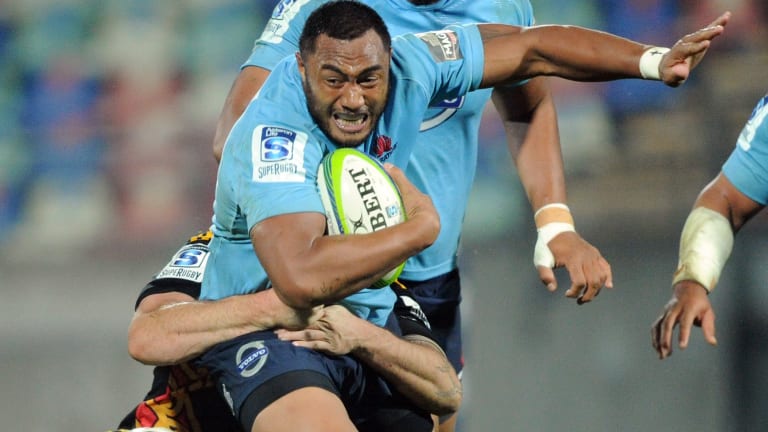 Collision course: Kepu trucks it up in 2014.

"We had a little cow bell in the sheds that [then-coach Michael Cheika] put up as a challenge to the team. Because it's their symbol, if we could beat them and work harder than they did on the night, we had the right to ring the bell.

"That's still one of my favourite games. It was probably the turning point of our season that year. We knew that if we wanted to win we needed to work hard because they were the benchmark at the time. During that week we worked hard and on the night we executed." 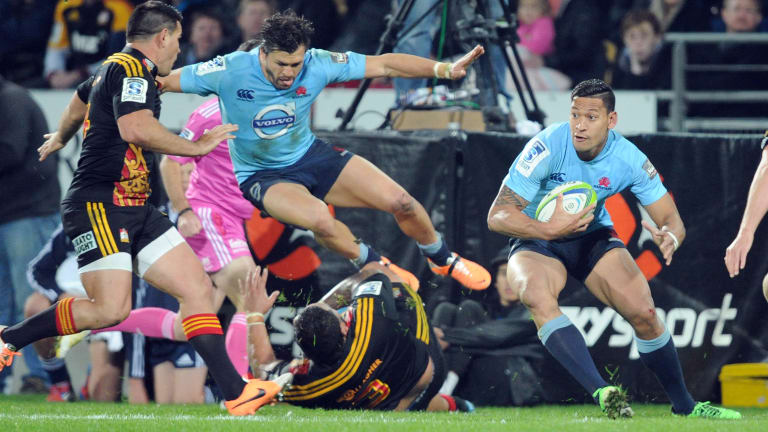 Bodies on the line: Adam Ashley-Cooper in support for Israel Folau during the teams’ 2014 clash in New Plymouth.

There was a casualty list as long as a team sheet that afternoon. Polota-Nau booked in for major dental work to replace his two misplaced teeth, Cane spent time on the sidelines with a knee injury and NSW captain Dave Dennis, who scored the definitive try of the match, went to hospital to have a leg wound sewn up.

Kepu walked around with his ankle strapped for a few days too, but the big prop doesn't remember that part of it, just the satisfaction of ringing that bell in the dressing room afterwards and the confidence the Waratahs took from beating the defending champions in their backyard.

"The buzz among the team that week was pretty special. It's definitely something we want to do again this week but it's a massive challenge," he said. 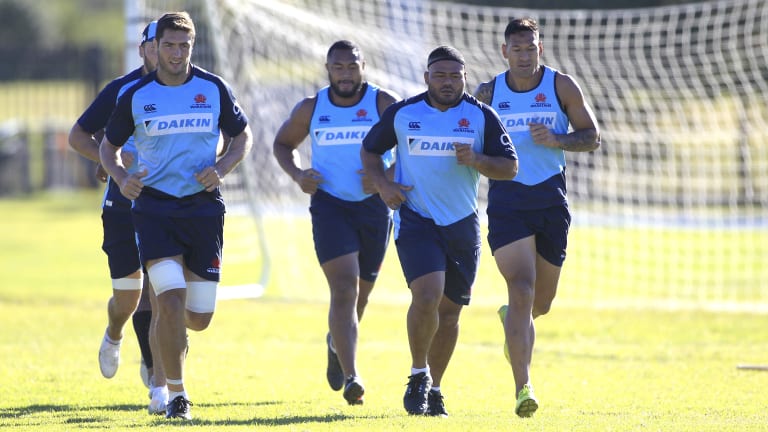 The Waratahs have put their drought-breaking win behind them as they head into a round 15 clash with the Chiefs.

"They've got a lot more strike power and they're a great team, but you've got to beat the best.

This year they play the Chiefs in Hamilton. Both sides are not at the level they were in 2014, with the two-time champions coming off some inconsistent form and the Waratahs yet to convince they are title contenders.

But Kepu said there were plenty of parallels and admitted the match had come up in conversation this week.

"Hoops just mentioned that in that same game, Cliffy [Palu] has given him the short ball and he's got absolutely chopped in half by [Chiefs tight-head Ben Tameifuna]," he said.

"He'll always remember those moments and you want to share those experiences. Taaf [Polota-Nau] was someone who made a difference in that game; he put his body on the line. If you can make a difference in a game, that goes a long way.

"That's something 'Cheik' always spoke about, you're going out to war and you're basically going out to injure the opposition. Not in a wrong way, you're doing it the right way, you're just being physical."

The Waratahs were back on the training paddock on Monday afternoon, with little time to dwell on their pressure-relieving win against the Highlanders. But the win has provided proof positive of their ability to put the pieces together. With as many young players involved now as senior personnel who were there in 2014, the reference point is vital.

"When you know you've done the work you can do whatever you want, provided you've got the right tactics and game plan," Kepu said.

Forwards coach Simon Cron calls it "grip it and rip it".

"The technical and tactical is covered, you know you'll get that right in the right moments, now you've got to add the physicality and do things faster," Cron said.

The NSW pack are acclimatised to the size, strength and ferocity of New Zealand opposition after three matches on the trot, Cron said. The focus this week is on fixing up some areas from the Highlanders game then fronting up and limiting the Chiefs' gain-line wins.

"There was a 10-minute gap there where we didn't play as well as we could have around our shapes, our gain line and our field position, so for us it's about fixing the things we can control," Cron said.

"If we do those things right for 83 minutes, the outcome takes care of itself. It would be great to get the win over there, we're not flying there to lose, we're flying there to win."