This was supposed to be the first game staged at Spurs’ new stadium, only for the big day to be delayed by big problems on the site. 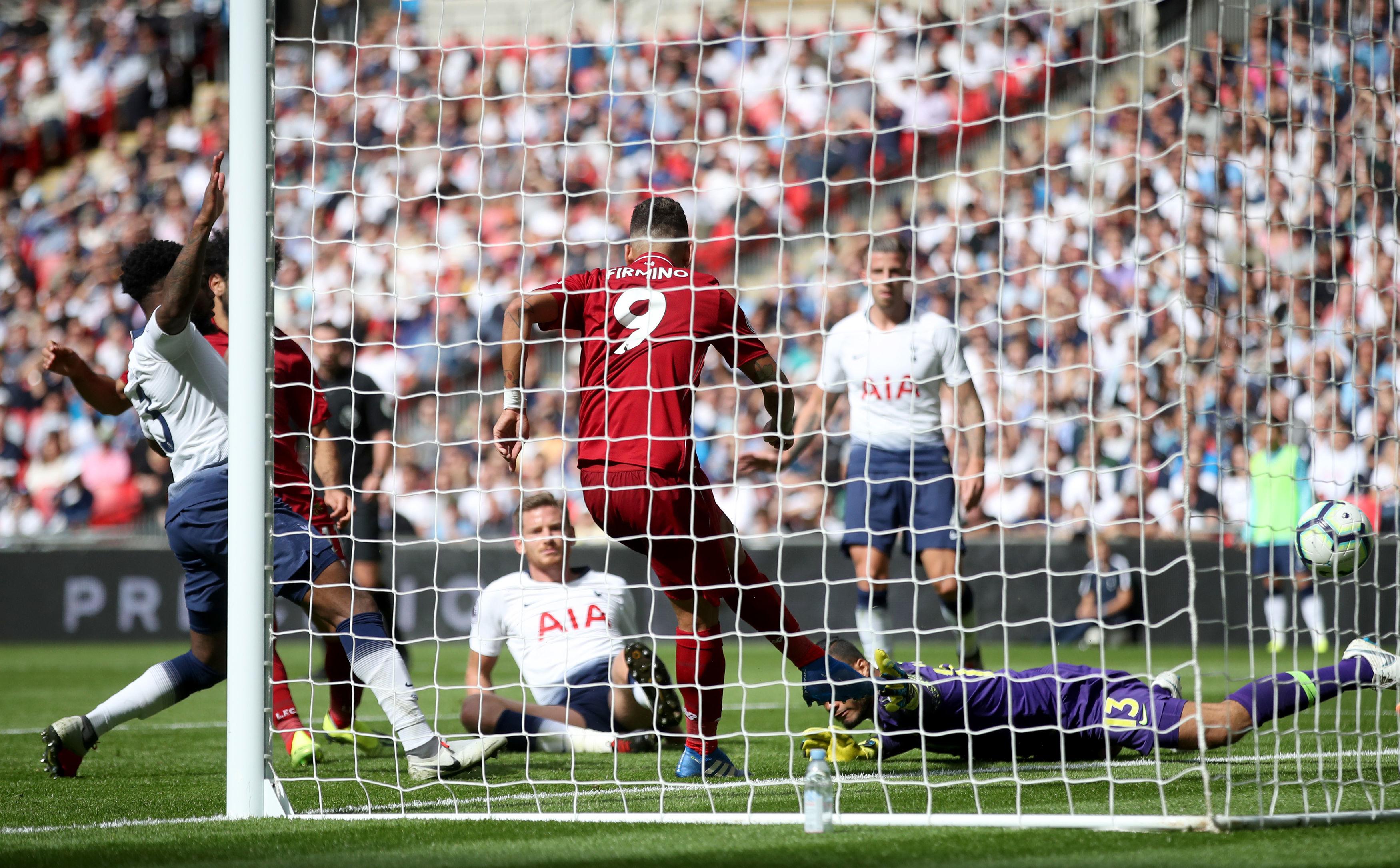 Instead it was the Reds who turned Wembley into their territory as they made it five wins out of five at the start of a season for the first time since they were defending champions in 1990-1.

More poor defending allowed Roberto Firmino to make it two early in the second half and only saves by Vorm kept the score respectable. 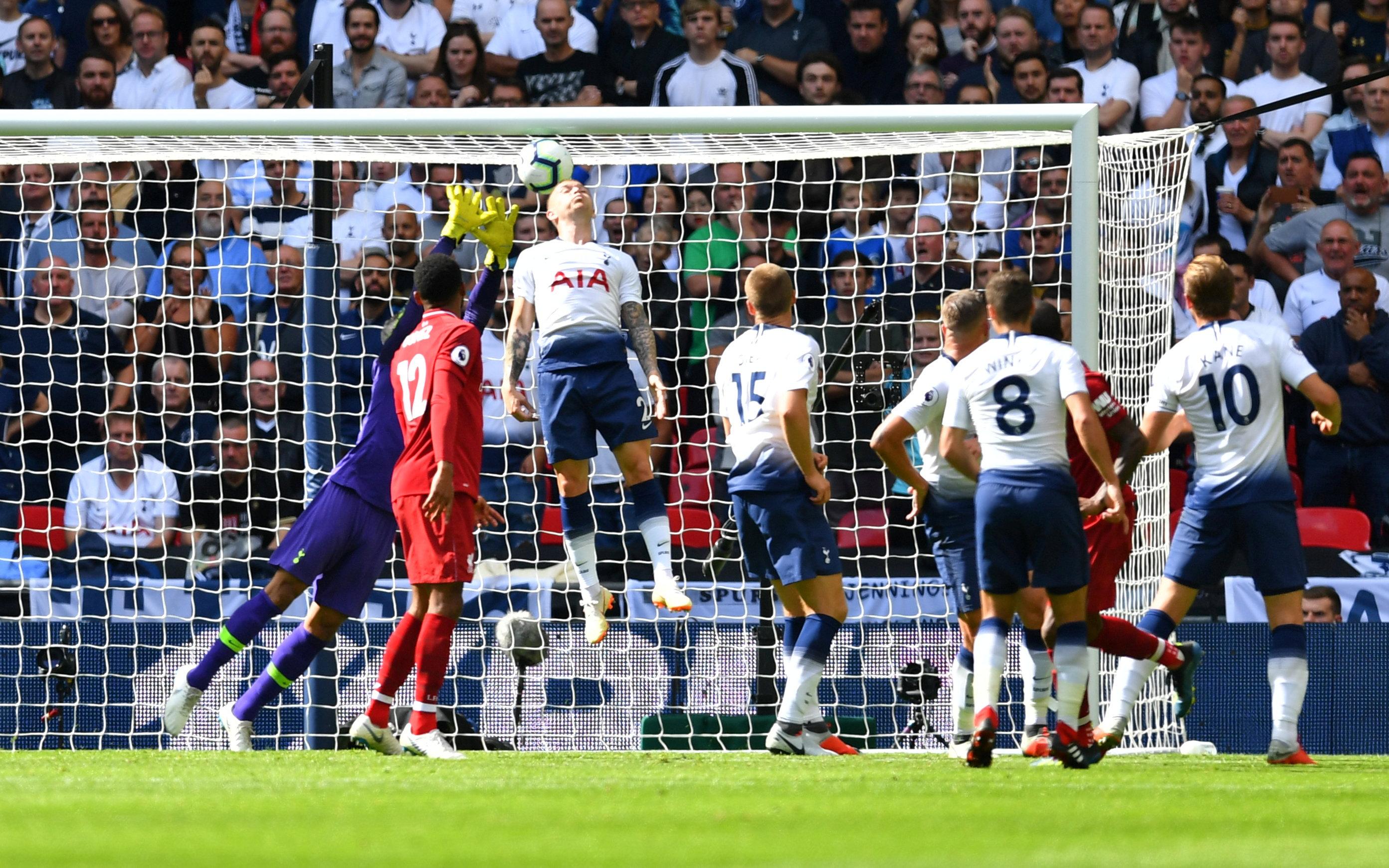 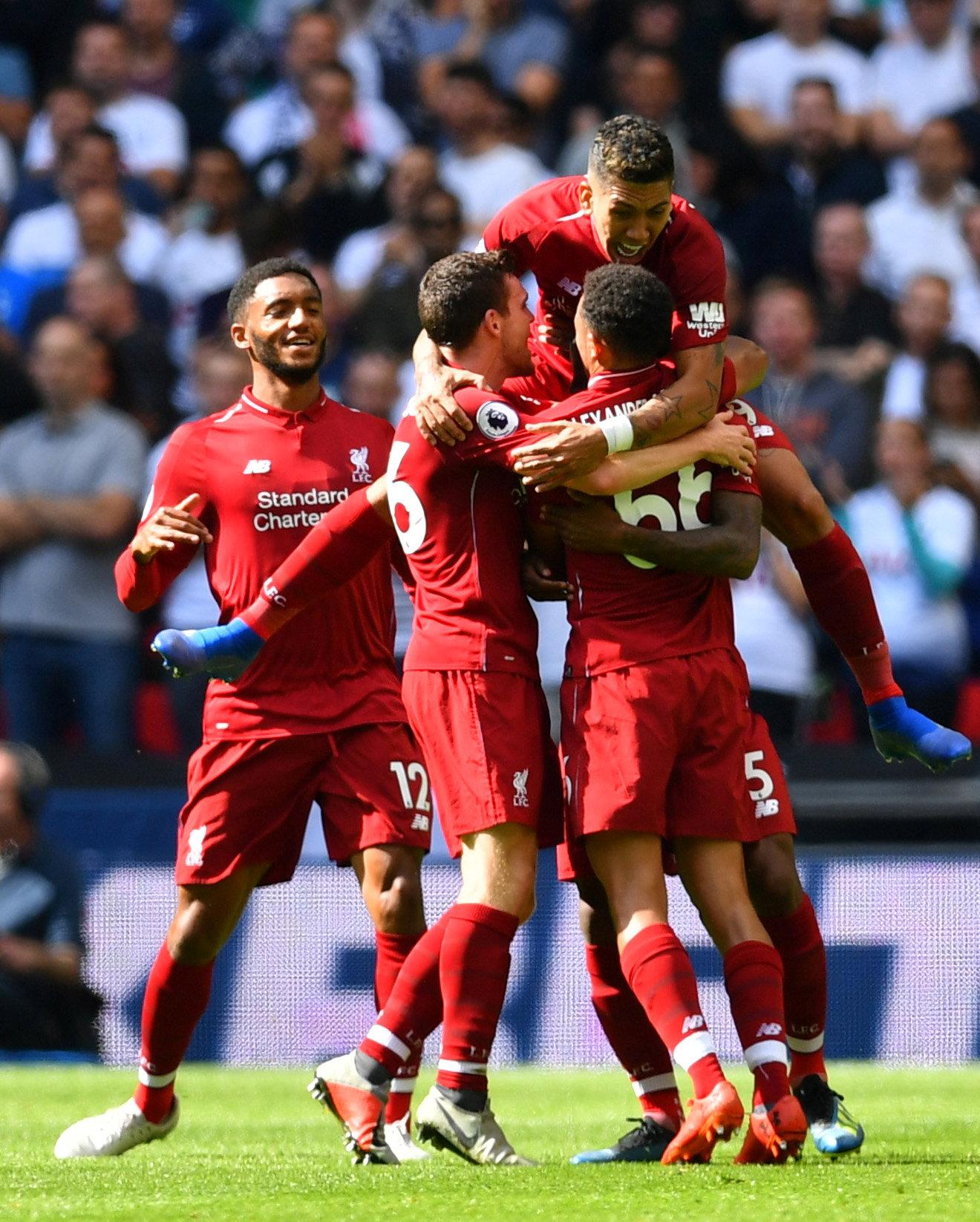 Liverpool had the ball in the net inside 45 seconds but it was ruled out for offside – not against “scorer” Roberto Firmino, but because Sadio Mane had been ahead of James Milner’s initial cross and was then in Michel Vorm’s sightline as the ball went past the Spurs goalkeeper.

Liverpool ended an impressive opening quarter with Mo Salah forcing a save from Vorm when he should probably have scored after Eric Dier’s sloppy pass.

Spurs had posed little threat, with Harry Kane a peripheral figure. The home team did manage to dominate possession for 10 minutes, but struggled to create chances.

Liverpool were already regaining some of their former menace when Vorm gifted them the opening goal. 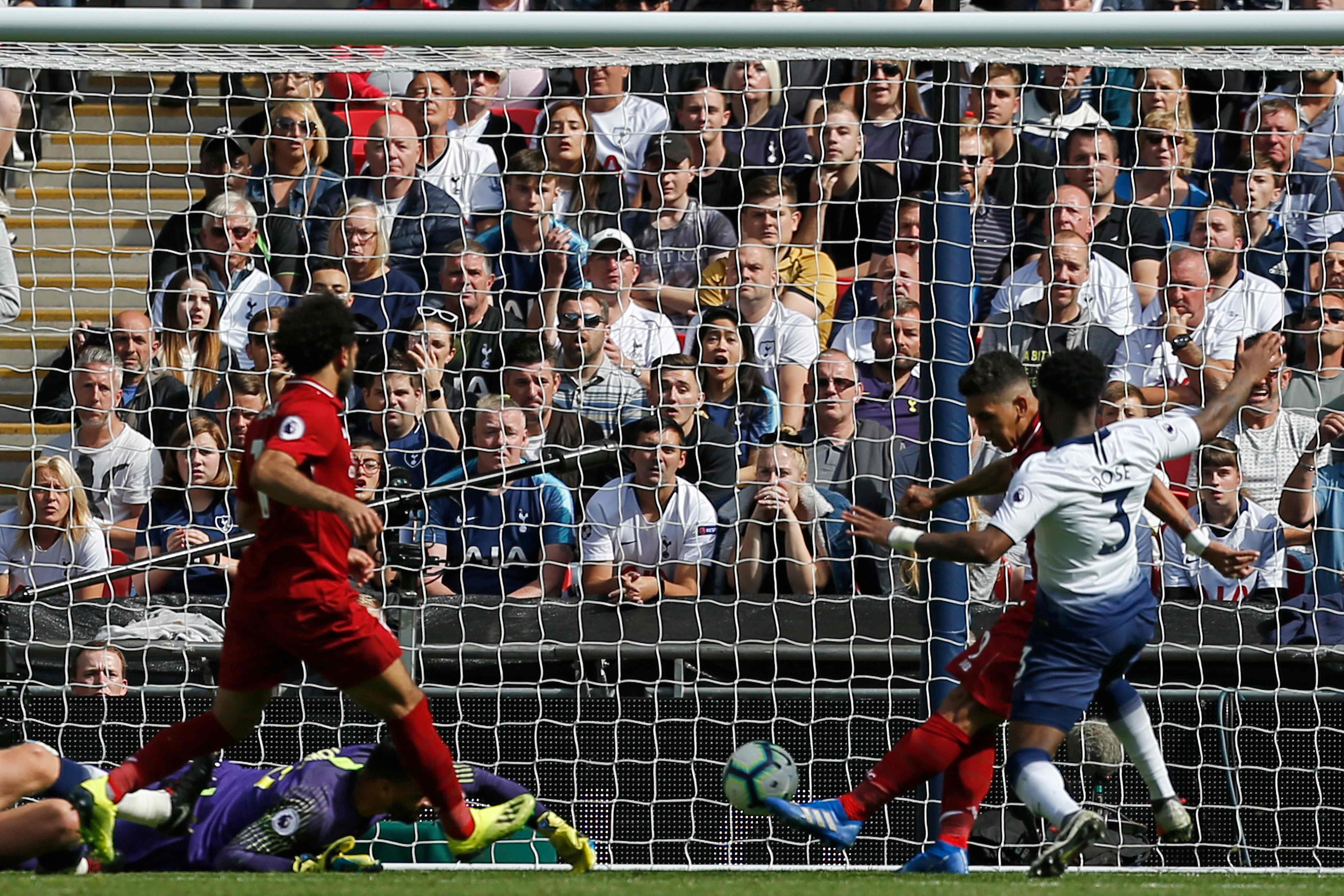 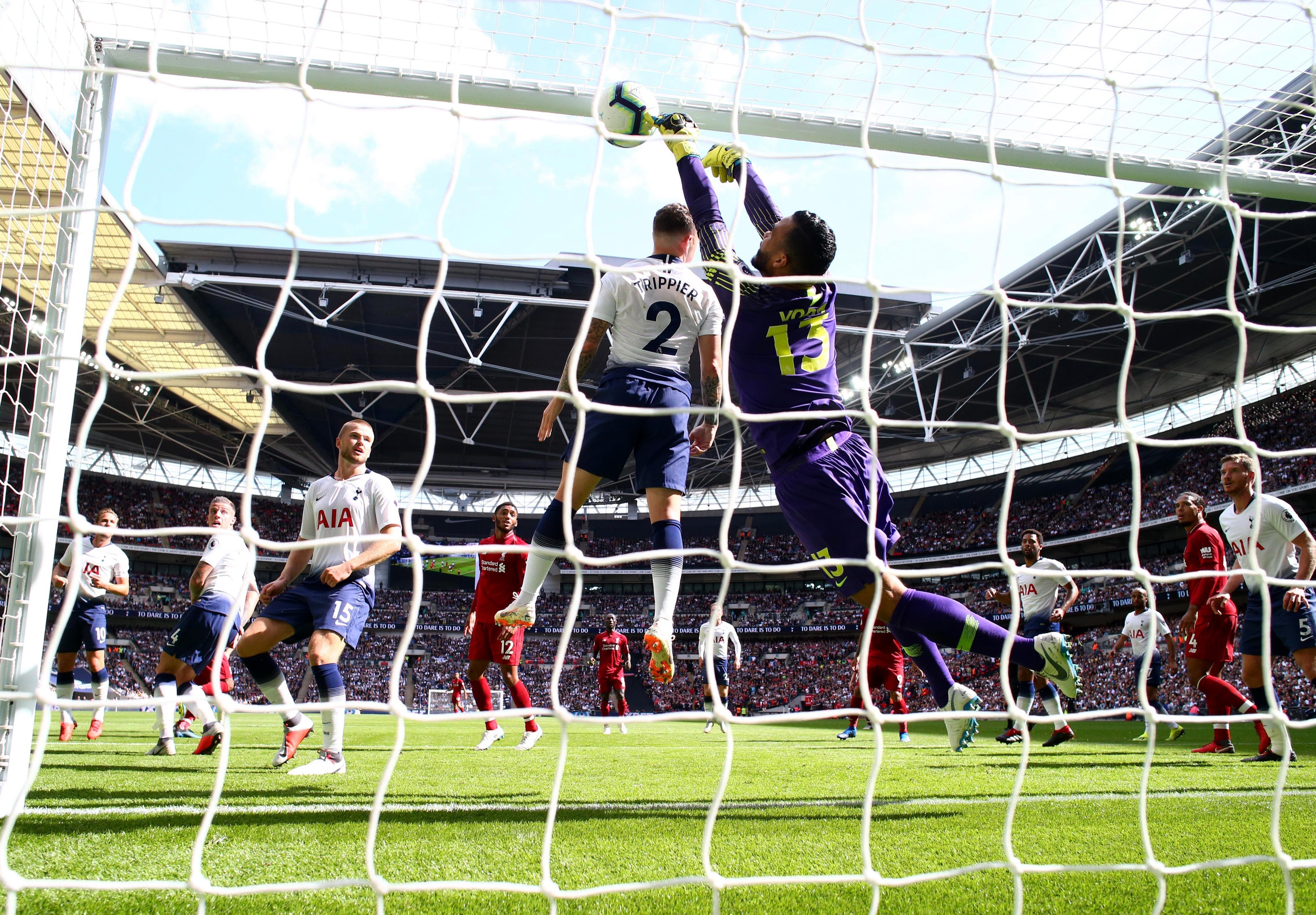 The Spurs ‘keeper flapped at a Milner corner, Dier’s header was weak and goal decision technology confirmed the Liverpool players’ opinion that Wijnaldum’s header had crossed the line.

The Dutchman clearly gained confidence and minutes later decided to shoot instead of passing when Salah had sent him breaking forward.

The second half began in lively fashion.

Joe Gomez let Lucas Moura in, but he and Virgil Van Dijk recovered and within seconds Andy Robertson had hit the frame of the goal with a cross at the other end.

Mane had good chance to make it 2-0 when fed by Salah, but allowed Vorm to make a decent save. Then Moura beat three Liverpool defenders only to drag his shot against the post with the goal at his mercy. 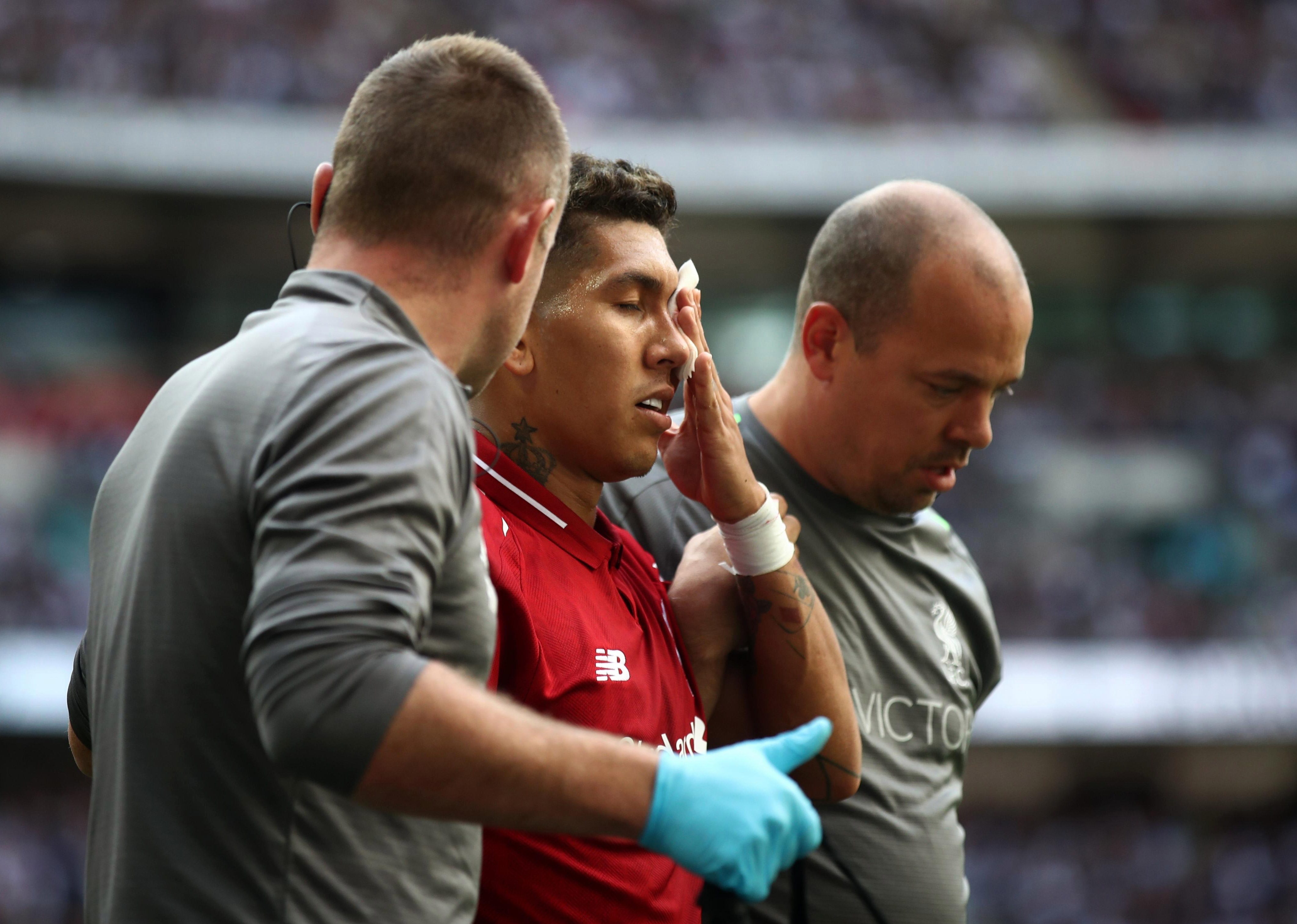 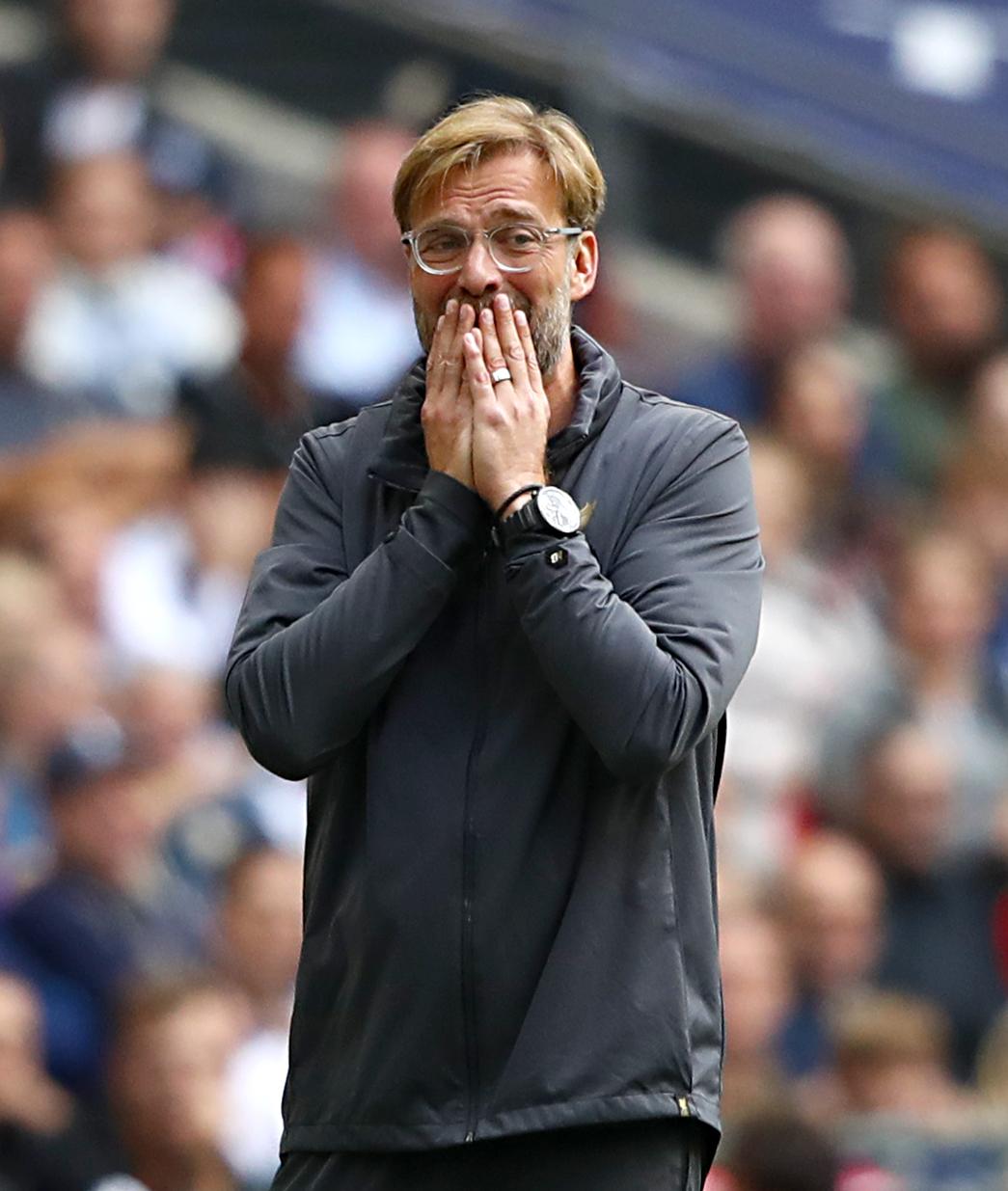 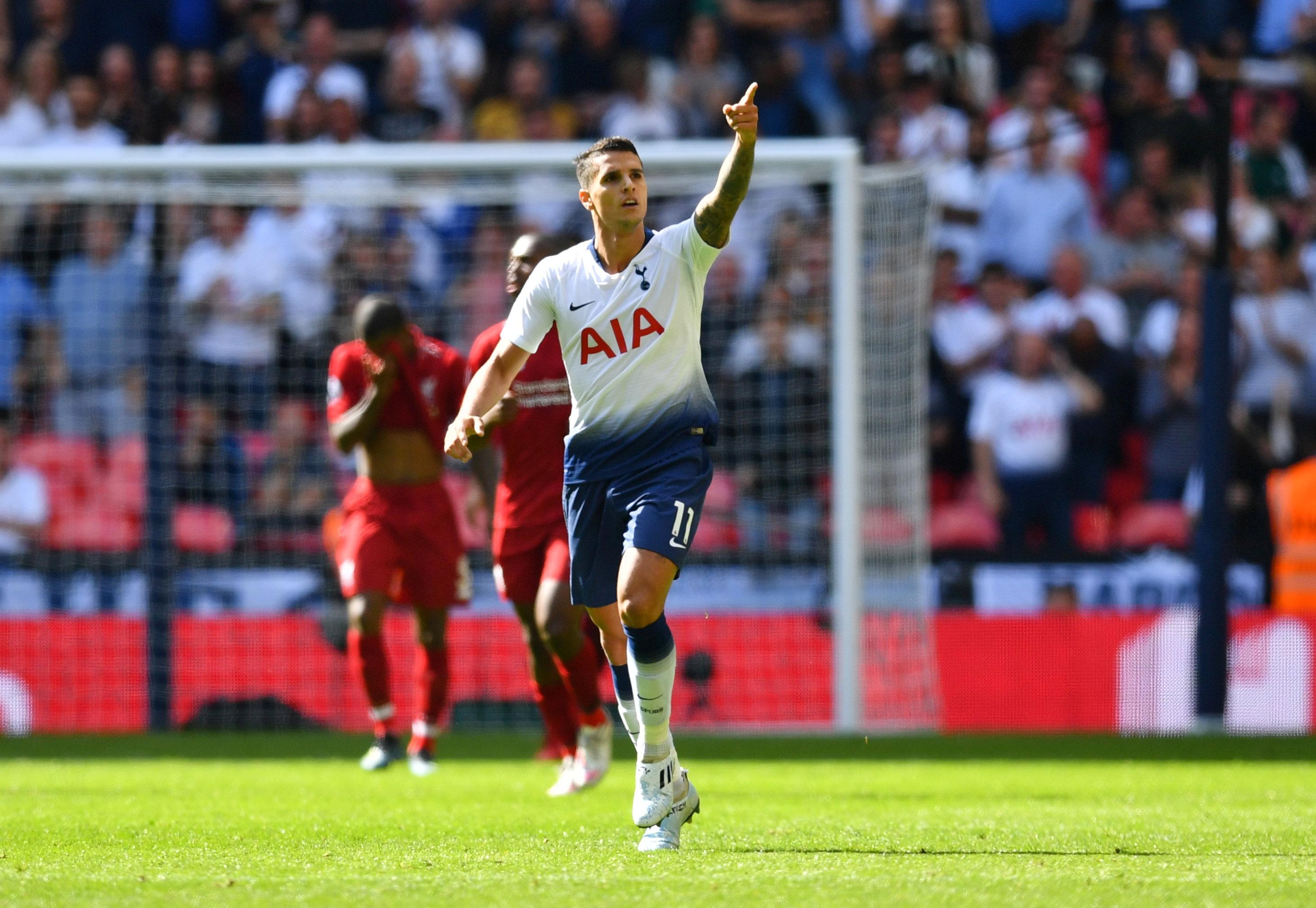 Liverpool’s second goal soon arrived. Robertson’s clipped pass sent Mane in behind Kieran Trippier, Jan Vertonghen could only divert the cross on the post and Firmino gobbled up the rebound.

It should have been three when the visitors found themselves on a 3 v 2 break, but Mane fed Naby Keita instead of Salah. The Guinea midfielder forced another save from Vorm, but he should have scored.

Eriksen flashed a ball across goal but it was behind Kane and he could not steer it towards goal.

Liverpool should have extended their lead, but Vorm saved from Salah and Mane shot straight at the Spurs goalkeeper from another break.

Lamela shot wide late on but Alisson finished the match having made only one proper save.

Son Heung-min wriggled free in the dying seconds but there was to be no equaliser.