BEWARE of increased transmission via shouting, singing and celebrating – that was the warning frequently displayed on White Hart Lane’s big screens.

Yeah good luck with that when Tottenham fans are back at a match for the first time in nine months, Spurs are top of the league and winning a North London derby to leave Arsenal in the bottom six. 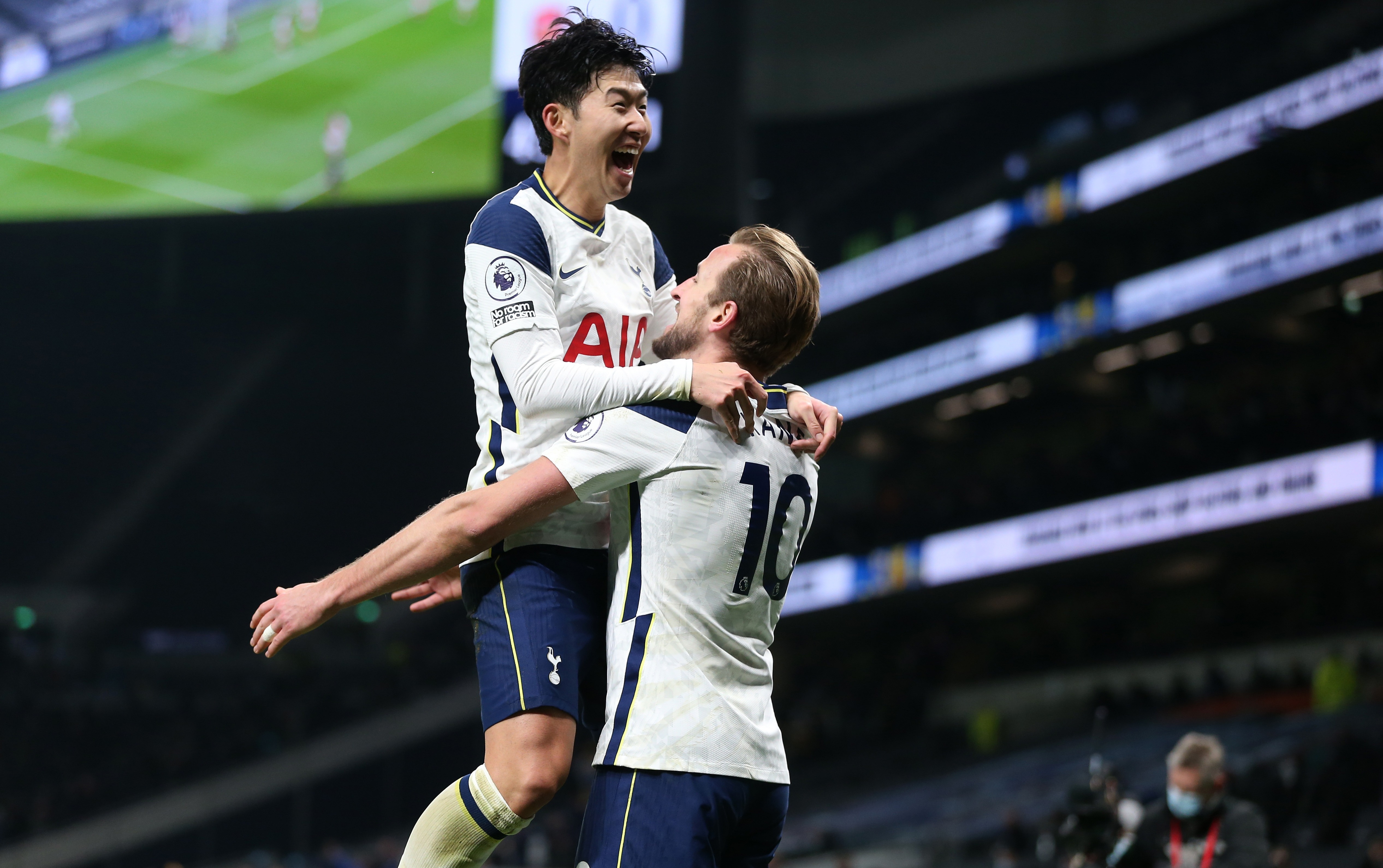 Because there was unconfined joy for 2,000 returning Spurs fans. This was pretty much how the Liberation of Paris would have felt had the attendance been capped.

It was a day for the health and safety boys to turn a blind eye as the lucky few marvelled, in the flesh, at the lethal partnership between Harry Kane and Son Heung-Min, which had fully blossomed in their absence.

Those two old earworms – ‘Harry Kane, he’s one of our own’ and ‘Nice one Sonny’ echoed around the Lane for the first time since March.

This duo were firm favourites with the faithful well before lockdown but their levels of telepathy have gone through the roof under Jose Mourinho.

Kane became the all-time leading goalscorer in this grand fixture, with his 11th goal against the Gunners.

And Son netted his tenth of the season – eight of which were assisted by Kane, a princely goalscorer now moonlighting as a silver-service butler for the South Korean.

When these two clubs sacked their managers late last year, Spurs opted for trophy-winning experience and Arsenal took a stab in the dark on Mikel Arteta’s potential.

There is no doubting which club got it right – while Mourinho is flourishing, Mikel Arteta is fighting for his job after a fifth defeat in seven Premier League matches. 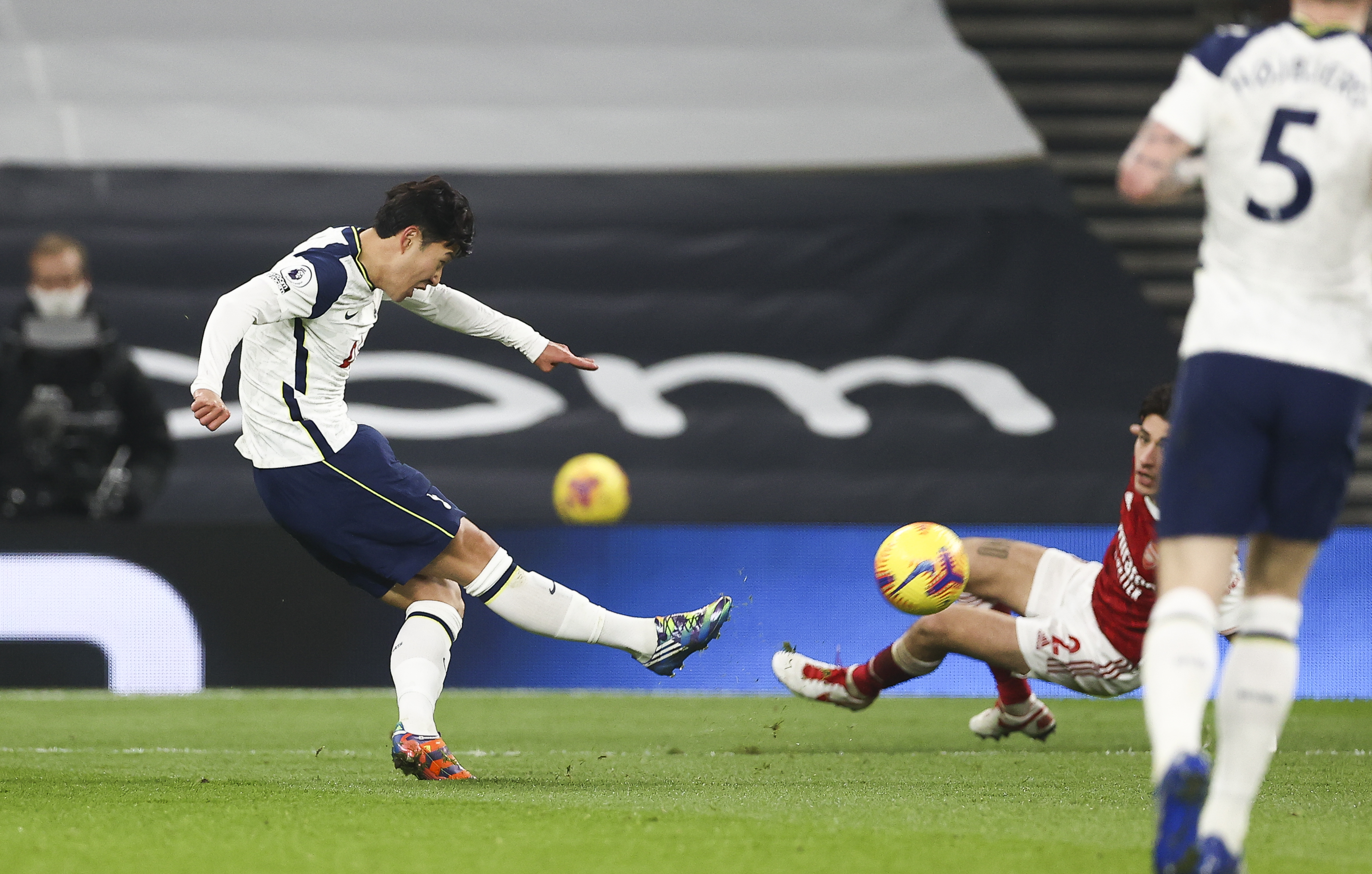 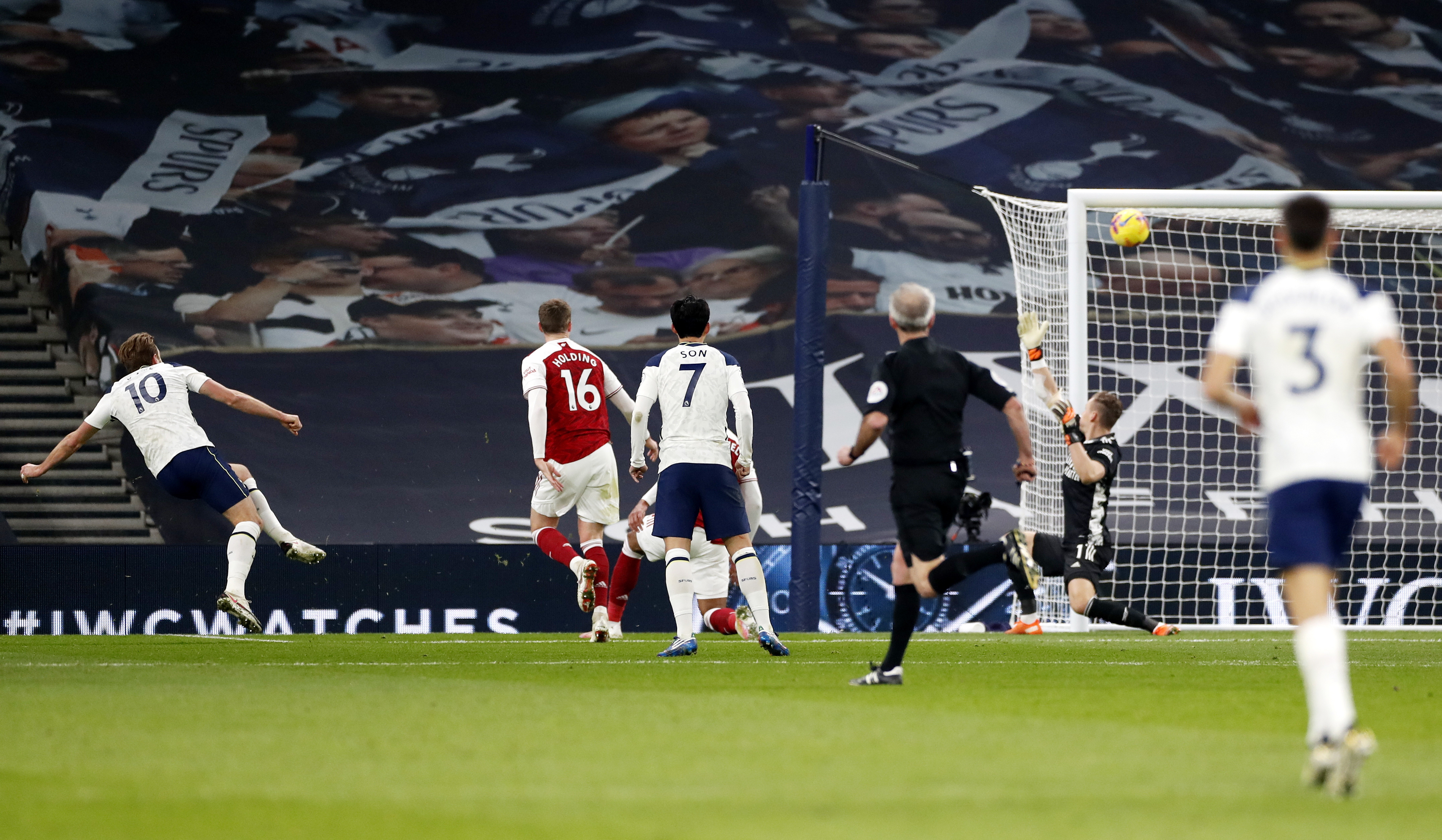 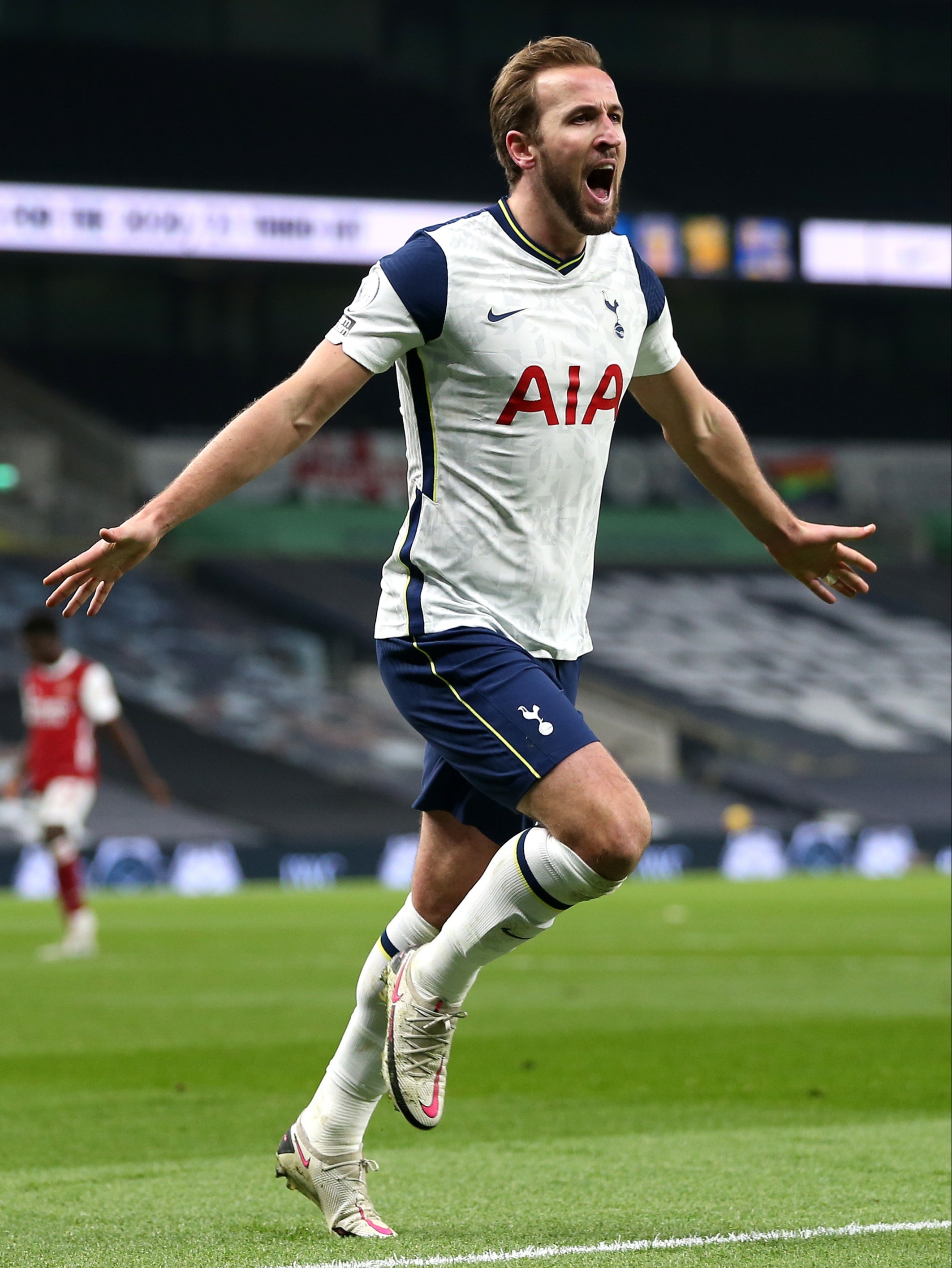 Yes, Arteta was a trusted assistant to Pep Guardiola but Debbie McGee doesn’t do magic tricks.

The Arteta experiment is not working. Yes, even a big club can have patience if they believe they are in transition and working on one of these ‘projects’ they all like to talk about.

But patience has limits. Much more of this and Arsenal are going to be in an actual relegation fight.

Yes, Arteta won the FA Cup – but so did Louis Van Gaal and Antonio Conte, in their final matches before being sacked.

The booing of the Arsenal players as they emerged for the pre-match warm-up felt like music to the ears – a fraction of the decibel levels they might usually expect here but a surefire sign that normality is edging back.

Yet the decision to impose a blanket limit of 2,000 on even large venues such as this does seem draconian when you see most of them scattered across the vast 17,500-capacity ‘White Wall’ with two sides of the stadium still empty.

The taking of the knee was widely applauded – a welcome development for supporters of any club who want to distance themselves from Millwall and members of the cabinet. 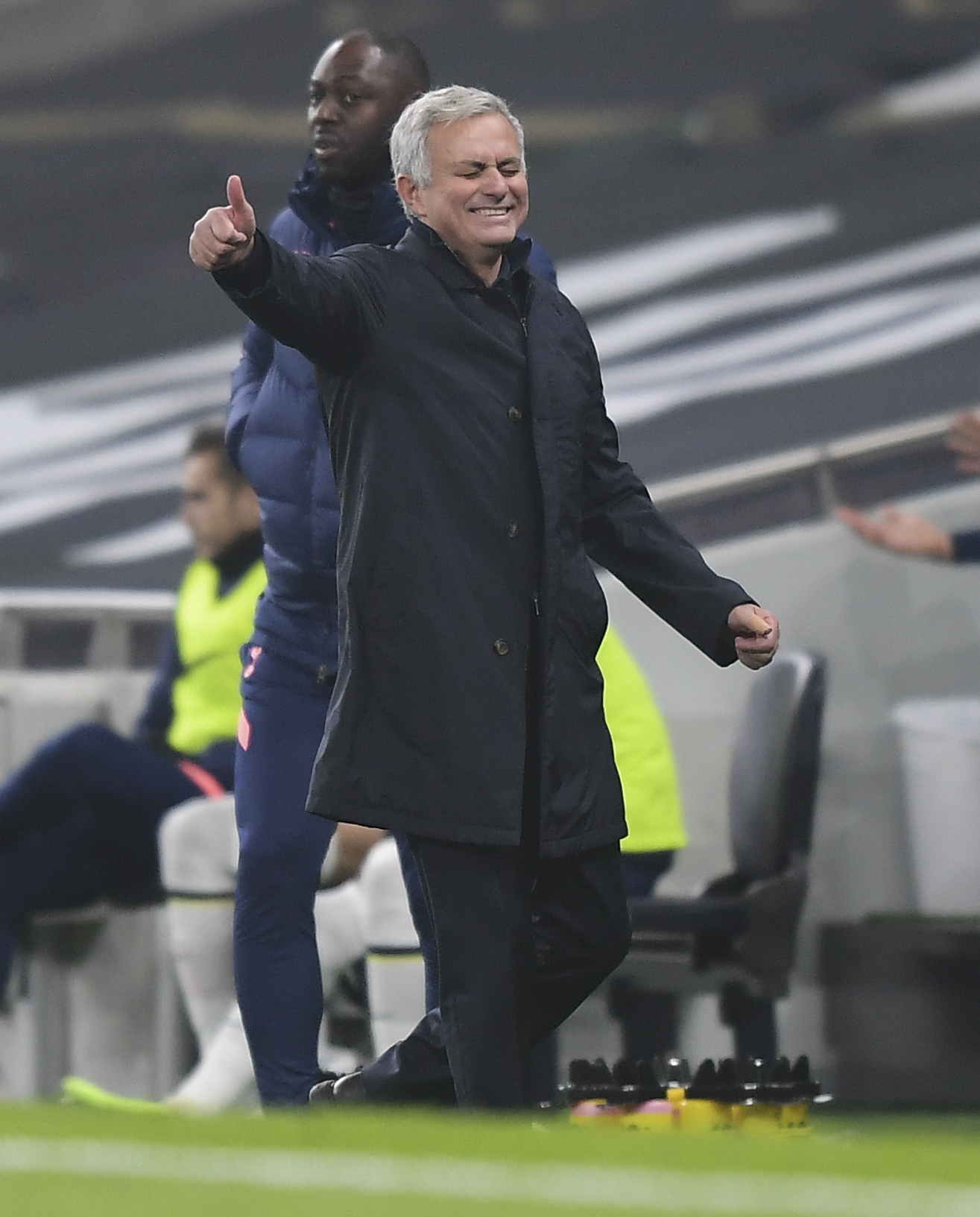 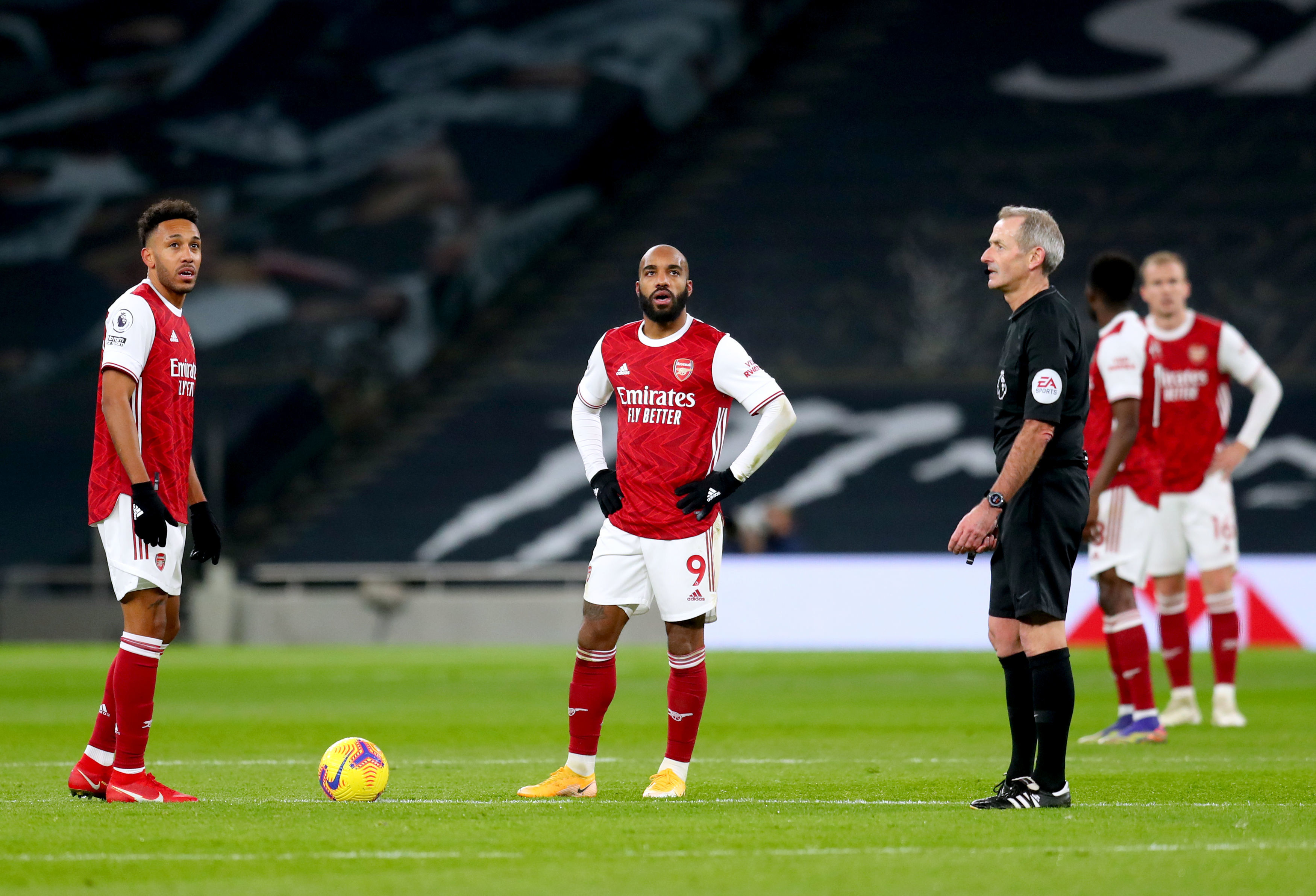 And Willian, never popular here after he rejected Spurs to sign for Chelsea, has ramped up the disrespect levels even further by joining Arsenal.

Arteta’s men had dominated the ball for the opening ten minutes yet as soon as Kane dropped deep and released Son on the left, the visitors were chasing a rapid South Korean shadow.

Son cut inside and tucked a curling shot, struck with power, into the far corner.

There was a second’s delay before the lucky few on The Wall realised Son had judged his effort to perfection – then the sort of jubilation which could never have felt quite as good on the sofa.

It was Son’s tenth Premier League goal of the season and Kane’s tenth assist – and eight of those Son efforts have been teed up by Kane.

Son’s goal was exactly the sort of which Pierre-Emerick Aubameyang frequently scored when he was bang in form last season.

Yet when the Arsenal skipper was teed up for such an effort, he hesitated and passed instead – leaving Arteta literally hopping-mad with frustration.

There was plenty of Arsenal pressure, but Mourinho’s teams are usually absorbent and this one is no exception. Since tossing away a 3-0 lead against West Ham in October, they have conceded once in six Premier League games.

With pretty much their second serious attack, Spurs went two-up in first-half injury-time.

This time it was Son slipping a pass to Kane, wide on the left, who rammed a shot on to the underside of the bar and across the line.

Thomas Partey, who had returned from injury, was then withdrawn in the few remaining seconds before the half-time whistle.

And Hugo Lloris, passed fit to play having been ruled out two days earlier, made his first serious save on 67 minutes to turn wide a Lacazette header.

Arsenal had two-thirds of the possession but Mourinho refuses to believe that nine-tenths of the law nonsense. 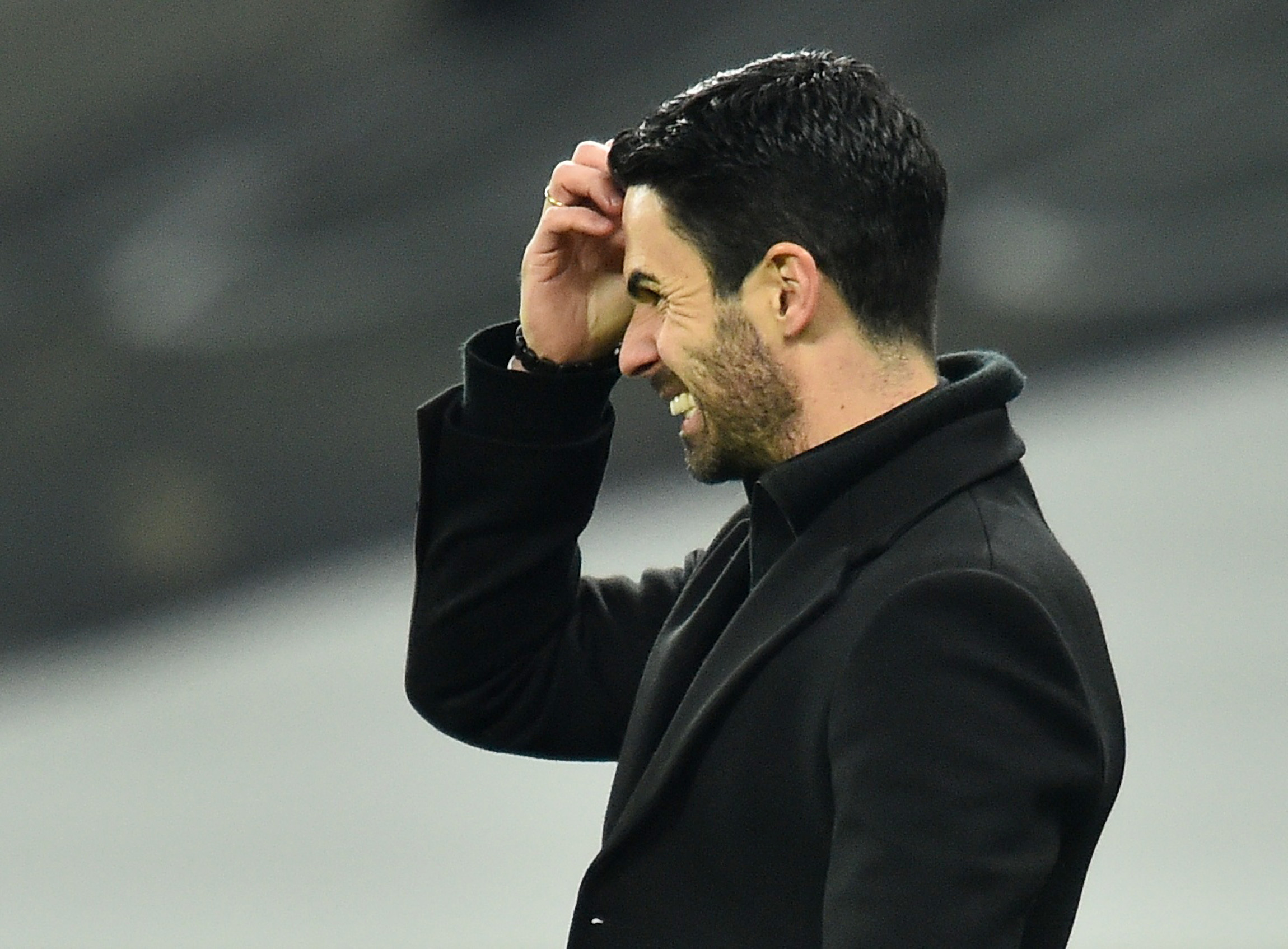 Mourinho can prattle on until the cows come home about Spurs being a pony in a horse race – but having defeated both Manchester clubs and drawn at Chelsea, they are certainly for real.

They remind you of Claudio Ranieri’s Leicester and we can all remember what that lot achieved.

The only contagion down at the Lane right now is a virulent strain of optimism.