Tottenham have shown their support to the victims of the war in Ukraine ahead of their Premier League clash with Everton.

Premier League clubs have been paying their respects to the country all weekend following the invasion of Russia.

Ahead of their match with Everton on Monday, Tottenham lit up their stadium in the blue and yellow colours of the Ukrainian national flag.

As seen elsewhere over the weekend, players also warmed up before the match in a shirt displaying the Ukrainian flag.

There was also a minute’s applause as football continues to show it’s support to the country.

A flag was also portrayed on the big screen, with the caption: ‘Football stands together’ displayed over it.

The local Haringey Vox Choir performed a song entitled ‘One Day’ shortly before they took to the pitch, with the vocals expressing the hope for an end to violence. 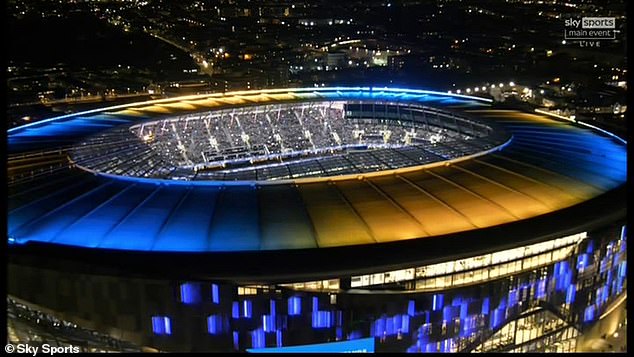 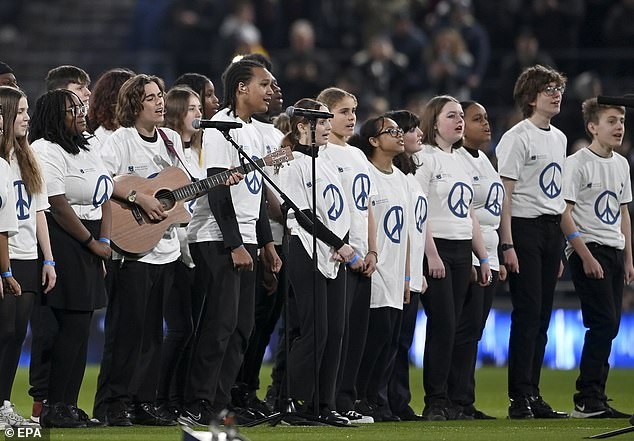 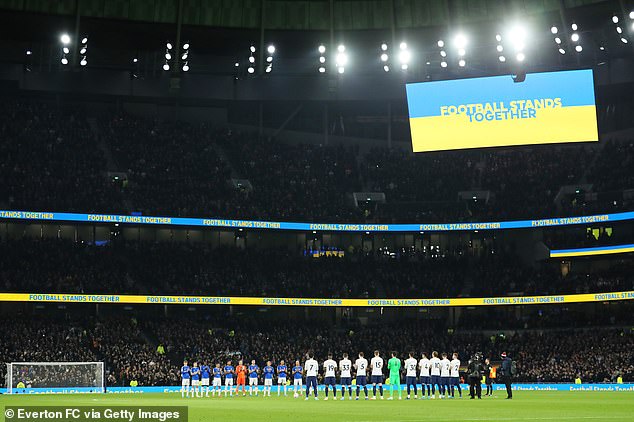 As seen elsewhere over the weekend, fans held a minute’s applause before the match

Captains of all teams over the weekend’s fixtures all wore armbands in Ukraine’s blue and yellow colours.

Everton have a Ukrainian on the bench in the match against Tottenham, in the form of left-back Vitaliy Mykolenko.

The 22-year-old shared an emotional embrace with Manchester City’s Oleksandr Zinchenko ahead of their Premier League meeting on February 26. 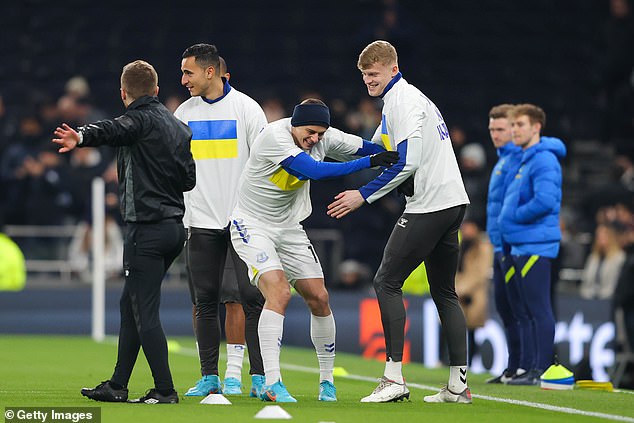 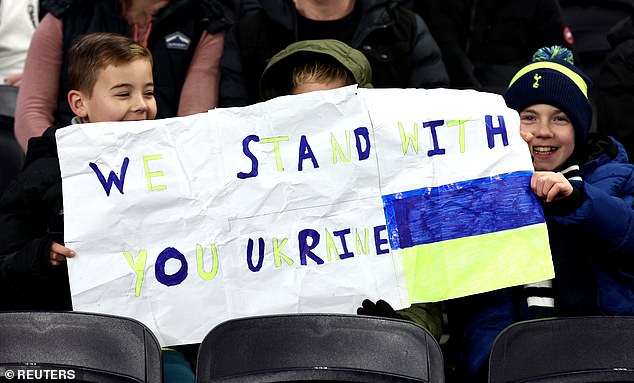 Russia’s attacks on Ukraine have continued with cities under heavy shelling again on Monday.

Hundreds were pictured trying to flee Irpin, to the west of Kyiv, after days of Russian attacks on the city.

Ukraine have rejected Moscow’s offer of ‘humanitarian corridors’ to help evacuations, after it emerged that most of the routes led to Russian territory, or to its closely-allied neighbour Belarus. 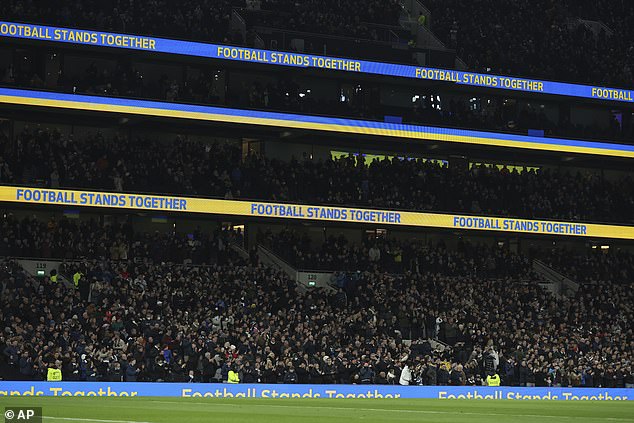