LONDON — At the start of February, Lionel Messi broke another record. When Messi converted a penalty against Valencia, a few minutes before halftime, it was his 20th Liga goal of the season. He had reached that mark every year for the last 11 years. No player had done that before.

It is a fairly common occurrence, of course, Messi breaking a record. He broke two others in December: reaching the most wins for Barcelona, overtaking Xavi Hernández, and becoming the first player to score 10 Liga goals in 13 consecutive seasons. November, by contrast, was quiet: He only broke one, for Champions League goals scored for a single club.

Sometimes, he etches his name on significant milestones — highest scorer in Spanish history; most goals in a calendar year — and sometimes his feats seem more like statistical quirks, curious pieces of trivia: no player has scored two goals in more La Liga games than Messi, for example. All of the records, though, serve as testament to his greatness. Each one offers further proof of the consistency of his brilliance.

And yet the more records he breaks, the more remarkable his career becomes, the less impact each new mark has. Messi’s scaling heights previously thought unimaginable, surpassing marks once deemed indelible, is now so frequent as to be mundane. Messi rewriting the history books is the natural order of things. His excellence has been normalized.

What he has done, in effect, is a sort of impish, Argentine equivalent to what, in politics, is known as shifting the Overton Window; in public discourse, it refers to the gradual process of taking concepts previously considered unthinkable and making them first seem feasible and then, finally, ordinary. 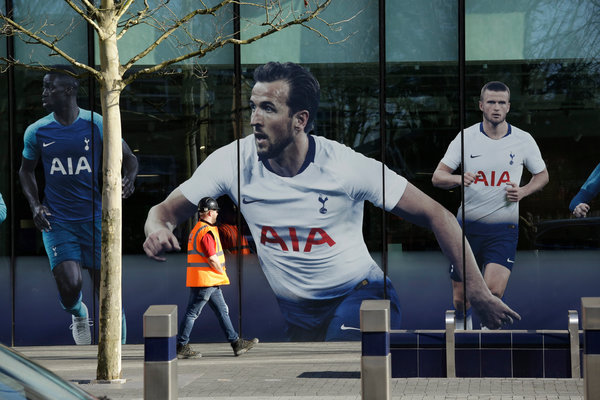 If the worst consequence of the phenomenon, for Messi, is that his splendor is occasionally a little underappreciated — something that is more of a loss for those watching than it is for him — for others, suffering the same genius fatigue, the consequences can be more severe.

This week, Tottenham faces Burnley, Chelsea and Arsenal in the Premier League. It must, most likely, win all three games to keep within touching distance of Manchester City and Liverpool in England’s rocket-fueled title race.

So fine are the margins that even a single slip may prove fatal, and once again condemn Spurs Manager Mauricio Pochettino and his team to accusations that they lack the cutting edge, the carat mass, to shine among the elite. Pochettino, like Messi, will suffer because of the standards he has set.

It is worth considering, though, the nature of Tottenham when Pochettino took over in 2014: that Tottenham was a team deep in the shadow of its two fiercest rivals, Arsenal and Chelsea; one that only occasionally featured in the Champions League; one that few, even among its most ardent fans, considered genuine contenders for the Premier League title.

Over the course of Pochettino’s almost five seasons at the club, all of that has been transformed. Tottenham is now, certainly, a better team than either Arsenal or Chelsea. It has become a fixture in the Champions League, with a place in this season’s quarterfinals well within its grasp.

Since Pochettino took charge, only one team — Manchester City — has won more points in the Premier League. Twice, Tottenham has mounted sustained challenges for a first English championship since 1961. This season, it has managed to cling to the coattails of City and Liverpool, both of whom have more points at this stage of the season than all but a handful of teams in history.

Given those circumstances, the season Pochettino has overseen thus far may rank as his finest yet. When the transfer window closed on Jan. 31, Tottenham became the first team in Premier League history not to add a single player over the course of an entire campaign.

If that parsimony was extreme, it was not out of character: Since Pochettino arrived in May 2014, Tottenham has spent barely half of the amount lavished on Manchester City and Manchester United’s squads. The sale of midfielder Mousa Dembélé in January meant that, since Pochettino arrived, the club has invested less than $30 million, net, in the transfer market.

On several occasions in recent months, that has seemed set to curtail the club’s ambitions. Pochettino has had to navigate several weeks without Harry Kane and Dele Alli, the lodestars of his attack, because of injury. In January, he lost Son Heung-min, the captain of South Korea’s national team, to the Asian Cup, too.

The club continues, unhappily, to play its home games at Wembley, after a series of delays on the completion of its new stadium, now likely to be available in April at the very earliest, though even Pochettino seems to suspect even that target is ambitious. He suggested earlier this month that it would be “tough” to play there before the start of next season.

That Tottenham is still there, then, its breath on the necks of Manchester City and Liverpool yet again, is a remarkable feat. And yet, just as with Messi, it does not always feel as though it is celebrated as such.

Pochettino, like Messi, has changed the parameters of a conversation. He has made the extraordinary ordinary. It was previously unthinkable that Spurs might be title contenders. Now, it is not just accepted but almost expected. Indeed, the question more often posed to Pochettino is whether his team is falling short because it does not yet have a trophy to show for its progress.

There is some validity to that question. As the Sky Sports commentator Jamie Carragher pointed out earlier this season, when this Tottenham team comes to be remembered, fans will not take into account where it played its home games or how much was spent to reinforce it; they will simply ask what it won. But it is hard to avoid the feeling that its relevance is overplayed.

Soccer, like all sports, is about the creation of collective memories. That is why England continues to hold its twin cup competitions in such high esteem, though winning them is often not enough to save a coach’s job or build a player’s reputation or slake a fan’s thirst for success. It is why Pochettino’s bullish disregard for them — in words, if not always in actions — strikes such a discordant note among many commentators.

But soccer is also about pride, and status. What Pochettino has done is restore both to Tottenham. That is not some meaningless intangible: It has concrete consequences, both in the stadium the club is building, a monument to its new reality, and the players it will, at some point, be able to attract there.

Pochettino has not won anything, but he has created a club that expects — and is expected — to do so in the future. He has fundamentally altered the fabric of the place that he found. He has made what was once unthinkable entirely feasible, and he has done it so often that his brilliance has become mundane. It is easy to be fooled into thinking this is normal. It is not, and the best measure of how extraordinary it is may well be how ordinary it seems.