Aston Villa captain Jack Grealish, 24, will be offered a new contract worth £100,000 a week to ward off interest from Manchester United. (Sun)

Manchester City have not made an approach for Barcelona right-back Sergi Roberto, despite being heavily linked to the 28-year-old Spain international – and do not plan to. (Manchester Evening News)

The Reds are also preparing a £10m bid for Norwich and Northern Ireland left-back Jamal Lewis, 22, as they look for cover for Andy Robertson. (Daily Mirror)

Southampton’s Danish midfielder Pierre-Emile Hojbjerg, 24, is set to join Tottenham for £15m, with English full-back Kyle Walker-Peters, 23, going in the opposite direction in a permanent deal worth £12m. (Telegraph)

Former Chelsea right-back Branislav Ivanovic says he will “probably” link up with his old boss Carlo Ancelotti at Everton. (Sun)

Leicester City have asked Barcelona if they can take 20-year-old Portuguese forward Francisco Trincao on a two-season loan, including an obligation to buy him for £45m (€50m) at the end of the spell. (Guardian)

Everton will not be signing namesake Everton as the Brazil forward, 24, looks set to join Portuguese side Benfica from Gremio. (Goal) 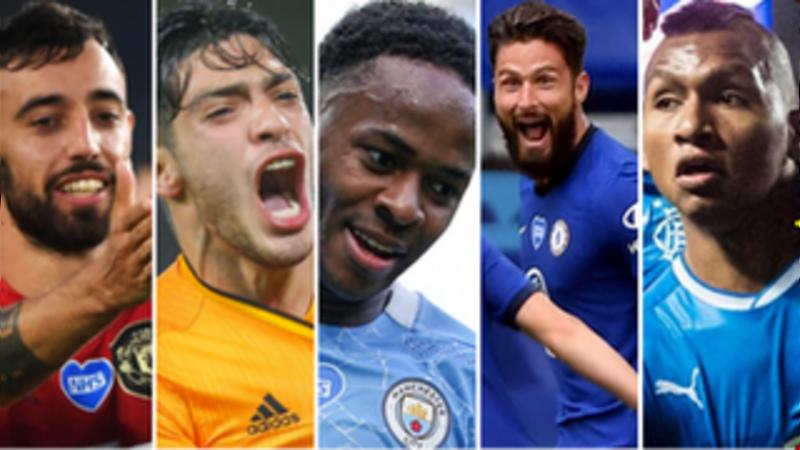 All you need to know about European football’s return

Southampton are interested in Groningen defender Deyovaisio Zeefuik, 22, but the Dutchman is believed to prefer a move to Germany. (Southern Daily Echo)

Queens Park Rangers forward Eberechi Eze, 22, is being eyed by London rivals Crystal Palace and West Ham, with the Championship club rating the England Under-21 international at £20m. (Evening Standard)

Newcastle are eyeing a double swoop for Bournemouth’s Norwegian striker Josh King, 28, and Welsh midfielder David Brooks, 23, after the Cherries were relegated. (Telegraph) 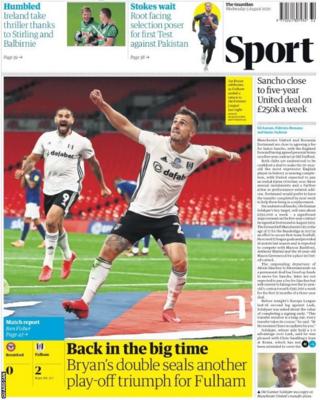