Coach Paul McGregor had a long, long list of reasons why Hunt would be the perfect fit for the Dragons.

And it was only after Hunt made a hit-and-run trip to Wollongong that the coach knew he was definitely on a winner. 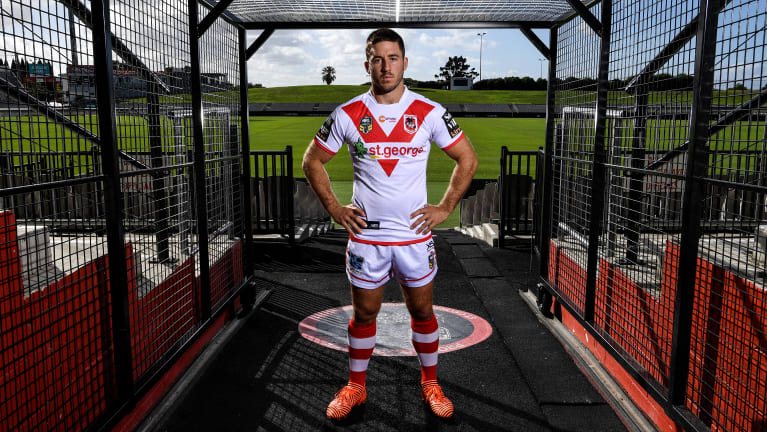 McGregor knew what Hunt would bring on the field, but he still wanted to meet him before making up his mind.

Naturally, there was relief when Hunt agreed to a whopping five-year, $6 million deal; the Dragons giggle when they hear that figure constantly trotted out and claim it's less.

Who really cares because the way Hunt has started the season for the table-topping Dragons, the joint-venture club has basically landed itself a red-hot bargain.

The even bigger relief for McGregor was the fact Hunt was a good bloke. 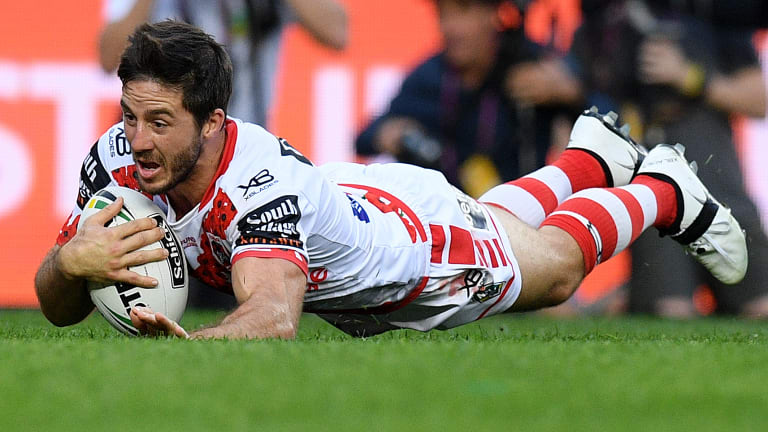 The Dragons' class of 2018 is a very specific breed.

"I wouldn't use 'no dickheads policy' because that was used by the Sydney Swans and a few others,'' McGregor says.

"We have good people, and good people take accountability with their roles and performances, which means you have more positivity and less people being selfish.

"It's important you have people who complement each other.

"When I met Ben, I already liked what I had seen on the field, but he was a great character, and to me that means everything.

"Guys like Ben and James [English forward James Graham], they're not easy to find on the open market.

"We've never had a problem in the past with our current players. We needed to add balance.

"With Ben's experience and with James' experience, the others grow in confidence and belief because they feel more comfortable and know they have a real football team here.'' 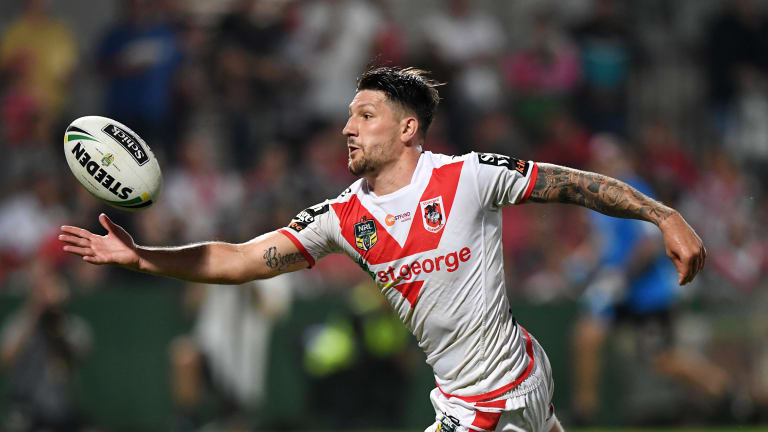 Ball on a string: Gareth Widdop has formed a great halves partnership in a short period of time with Ben Hunt.

Gareth Widdop is captain of the Dragons, but there is another six or eight players who could comfortably lead the side.

They are stacked with experienced campaigners.

Manly could only wish they were in a similar situation. Dylan Walker could not even name the Sea Eagles' leadership group when put on the spot recently.

When it came to finding their next halfback, the Dragons wanted a player with a minimum 100 NRL games experience, had played for his country, played Origin or in a grand final.

Hunt ticked all those boxes and was, more importantly, a bloke without ego.

Recruitment boss Ian Millward and footy manager Ben Haran flew north three times in the space of a couple of weeks at the end of 2016 and quickly worked out Hunt was not wasting their time.

He wanted to hear the Dragons' sales pitch and why he should ditch Wayne Bennett and the Broncos.

The first offer tabled by the Dragons in January ended up being the winning offer.

If only all marquee deals were this straightforward.

How Hunt's partner could continue her university studies was factored in.

Widdop was stitched up to 2021, as was hooker Cam McInnes, while fullback Matt Dufty is going nowhere until at least the end of next year.

The Dragons wanted some long-overdue continuity in their spine, hence the lengthy deal for Hunt.

Hunt didn't meet Widdop or any other Dragons player during the negotiations. He also had no input when it came to who the club should chase or offload.

"We wanted someone who would complement Gareth, not just any halfback who was available,'' McGregor says.

"Ian [Millward] and I identified what we wanted from a halfback, and Ben fitted that mould.

"Both are instinctive players who play within a system, but can also break out of it because of their natural instincts.

"Defensively, Ben is very good, and he comes from a very good system in Brisbane where they do a lot of work with inside pressure; they can 'double D' well, and we wanted to change the way we defended going forward.

"Ben also has a high threshhold for pain. I love it.

"Him and Gareth are so competitive, and if you have a halfback or five-eighth who wants to compete when a team is in front or behind, that's what those boys do.

"They're not selfish either and that's important.

"That's why the balance is working for us at the minute.

"Cam [McInnes] is very unselfish. 'Duff' [Dufty] is still learning his craft and will do anything for the team. Then there are two senior guys who want to see the team do well.''

Hunt was brilliant on Anzac Day against the Roosters, running the ball at the end of the first set, which led to the Dragons' second-minute try, then stepping off his right foot to breeze past NSW skipper Boyd Cordner to score a vital second four-pointer in the shadows of half-time.

Unveiled at fortress Kogarah in the opening round, the Red V faithful quickly fell in love with their star recruit.

Hunt will return to the suburban venue on Sunday when the Dragons host Melbourne. It could be a grand final preview.

Broncos types must be tearing their hair out every time they see their former playmaker lighting it up in the Red V.

Jamie Soward was in the halves when the Dragons won their last title in 2010 and says the joint venture has missed a genuine halfback since his old partner Ben Hornby hung up the boots.

"He [Hunt] was a necessary buy at the time if they were ever going to have any aspirations of winning the competition,'' Soward says.

Hunt is a genuine ''game manager'', Soward says, allowing Widdop to roam the field and not stress about last-tackle options – a luxury afforded to him when he played with Hornby.

As for the ''no dickheads'' idea, Soward says winning plays a big part.

"It goes in cycles, and sometimes some of your head guys might be dealing with stuff or having problems, and that can carry over,'' Soward says. "It's taken a while for Mary to get the exact roster he's wanted. This is actually his first year he's got the team he really wanted.''

Queensland will be doing well if Hunt isn't wearing the No.7 jumper, vacated by Cooper Cronk, during this year's series.

"He's a good player, so whatever club he went to he was going to make a difference," Walters says. "Ben was always going to be a big loss for the Broncos and a great asset for the Dragons.

"I think his defence has improved a bit this year, but his all-round game, his running game, passing, he's always been good at it, he's just good at it now at the Dragons.

"He's laid-back away from the game, but he's also very competitive.

"He's been at the Broncos since he was 14 or something – on the way through he's always been dominant, in the under-20s and then first grade. He wouldn't have trouble fitting into any side.''

As for whether Hunt would wear the Queensland No.7 jersey, Walters is keeping his cards close to his chest.

"He certainly could be," he says. "He's doing everything right at the moment. We've been watching him closely, along with a lot of the other No.7s, but he couldn't do much more than what he's doing to throw himself out there to wear the Queensland jumper.''