Will he jump or won’t he. That is the main question at Rosehill on Saturday. It is not often a non-betting trial takes over a raceday. Mighty mare Winx managed to do it in the spring and Chautauqua will do it on Saturday. 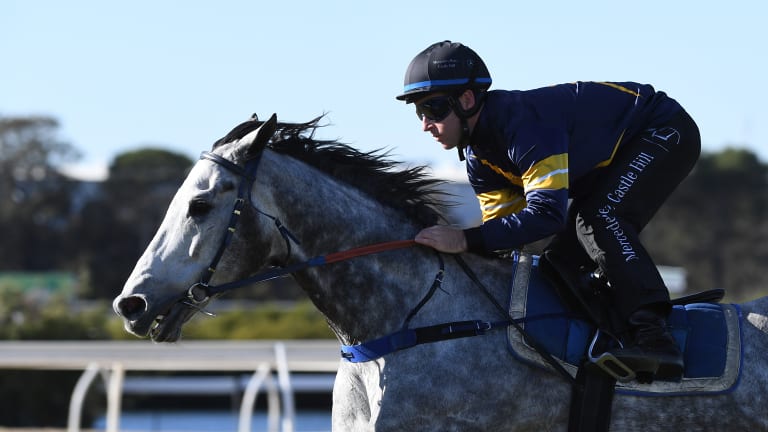 Nowhere fast: Chautauqua’s barrier trial is the main fare at Rosehill on Saturday

While it will be great to see Chautuaqua back on the track on raceday, his career is on the line in the special barrier trial. Such is the grey flash's star power that his racing future somewhat overshadows the betting options on offer.

The winner of more than $8 million in stakes thanks to his trademark powerhouse finish, Chautauqua has always been quirky. He has always raced his way, giving up near-impossible starts and making light work of them.

Some would say he has done the impossible in the past six months by refusing to leave the gates. He walks in but he doesn’t jump out.

He looks in great shape as he gallops to the barrier. There is no fuss with going in but when the gates snap open, he just stands there. 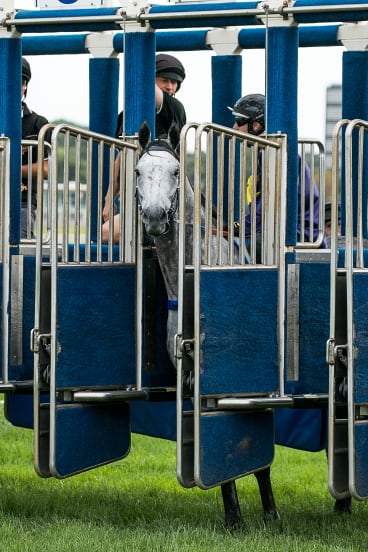 Stalled: Chautauqua gets last chance at Rosehill on Saturday

There have been many theories as to why he does it. But, champion though he may be, he is not Mr Ed and he can’t tell us what he is thinking.

Tommy Berry has managed to get him to jump out of the machine at Rosehill several times since his last trial, when he did came out, but only after the rest of the field had travelled 100 metres.

“I send him around to show that he is all right at the trials," Berry said. "Physically, he there is nothing wrong with him. He has just got this in his head to stand there. He still gives you goosebumps but for the wrong reasons.”

So when Chautauqua walks into the barriers at about 1.30pm on Saturday, there will be a crowd watching on course and on television. There will be tension.

If he jumps, it could the start of a spring redemption. If not, his career is over.

The stakes could not be higher and the sense of expectation around the trial is something the nine races can not match.

But, if I am looking for a winner, I will go for Paret in the last. He will probably be having his final start in benchmark company as he continues his path towards the Epsom.

Chris Waller’s patience has let the four-year-old mature and he has shown Chautauqua-like acceleration from back in the field in his past two wins. He has to be ridden quiet but Hugh Bowman knows at this level he can pick his time to make a winning charge.

Waller will have his next generation of stars lining up against Chautauqua, with Lean Mean Machine, Zousain and The Autumn Sun using the trial as final tune-ups before heading to the races.

Queensland Oaks winner Youngstar will also also there as she get ready for a cups campaign. So, like the special Winx trial in the autumn, this could give punters some insight into the spring.

Performer is another quirky horse with talent. He will be remembered as the two-year-old that send Bowman flying in the autumn. His trials suggest another horse that has matured. Waller has made a career of getting horses to improve with each preparation and if he has done that this time, he is the one to beat.

He will join the long list of Golden Rose contenders from the premier stable should he win the San Domenico Stakes.

But the value of the afternoon looks to be I Am Serious from the Waller yard. She takes on the impressive Avilius in the Premier’s Cup and the price gap looks too big between them.

Avilius roared home at Randwick on his Australian debut and there might have been an over reaction to the win of the Godolphin import.

I Am Serious couldn't win the Spring Preview at Rosehill last start but Waller was quick to suggest that the 1900m next start would suit her. She has has never won beyond a mile but with a bit of speed in her legs, she could settle closer and prove hard to run down.