The kennel has carved a reputation as arguably Australia's best big race conditioners, but still, Jason Thompson yearns for the time when he might have had just one under-the-radar runner in a feature race final.

Thompson and wife Seona will be three-handed in the final of the Million Dollar Chase – boasting more than a third of the field – as they look to add the world's richest greyhound race to a mantelpiece which already includes four Melbourne Cups. 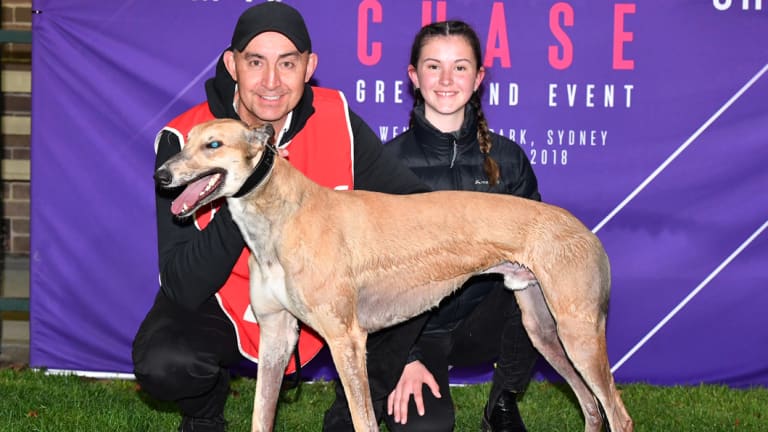 Triple threat: Jason Thompson will have three dogs in the race for $1 million on Saturday, including Midnight Starlet.Credit:GRNSW

Poke The Bear is set to jump as favourite for the $1 million-to-the-winner final, which has been drawn along state battlelines with four chasers from both New South Wales and Victoria qualifying for the final at Wentworth Park on Saturday night.

It's a scenario all too familiar to Thompson, who will also box Midnight Starlet (box one) and Azkaban (four) along with Poke The Bear (five).

"I think sometimes it might be better to have just one dog that might be under the radar a bit and there's no real focus on them," Thompson said. "Sometimes it can be easier if that's the case. But I don't think we would swap any of the dogs or have it any different than what we have it now. I suppose three in it gives you possibly a better chance of winning the race. We couldn't be happier with how they've come through the semi-finals and where they're at with a few days to go."

Poke The Bear ran a brilliant 29.66s to be the fastest of the eight semi-final winners, outgunning star Victorian Benali in the cutthroat semi-final series. And the weight of expectation will be on the white and fawn dog repeating the dose in the final. 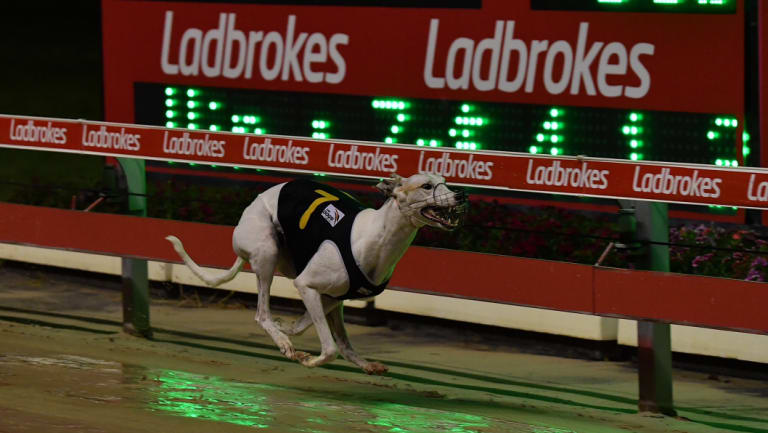 Full flight: Poke The Bear will also be in action at Wentworth Park.Credit:GRNSW

"I don't think [the box draw] is too bad and he's beginning really well at the moment," Thompson said. "He's probably not a noted quick beginner. To see his last three starts at Wentworth Park where he's come out really well from not ideal draws – particularly last week – and I thought his semi-final on Friday was as strong a semi-final as there was.

"If he can repeat that hopefully it will have him up there vying for the lead and naturally we would like to see him in front at the winning post the second time around. If he can find a spot in the top three early they'll know he's there."

Thompson's eldest son Ben, who grew up around the kennels, has emerged as a lightweight jockey, ironically riding in the Caulfield Cup two years ago in his first taste of one of the spring carnival majors.

The winning connections of the Million Dollar Chase will scoop the largest ever prize purse handed on an Australian greyhound track, provided they re-home the greyhound at the end of their racing career or keep it as a pet.