But even a return to his Surrey home won’t be much of a drag for John Terry as he plots his next move. 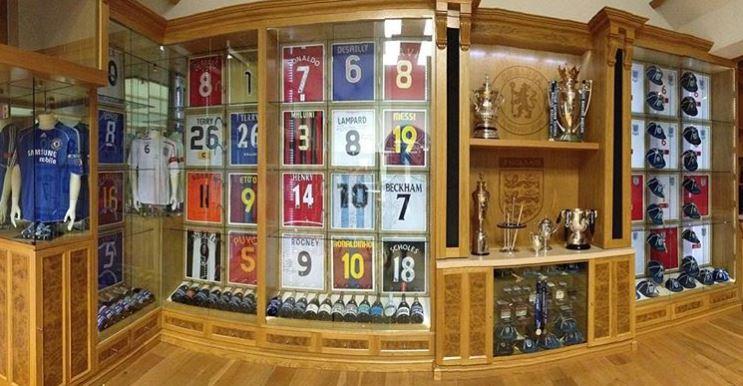 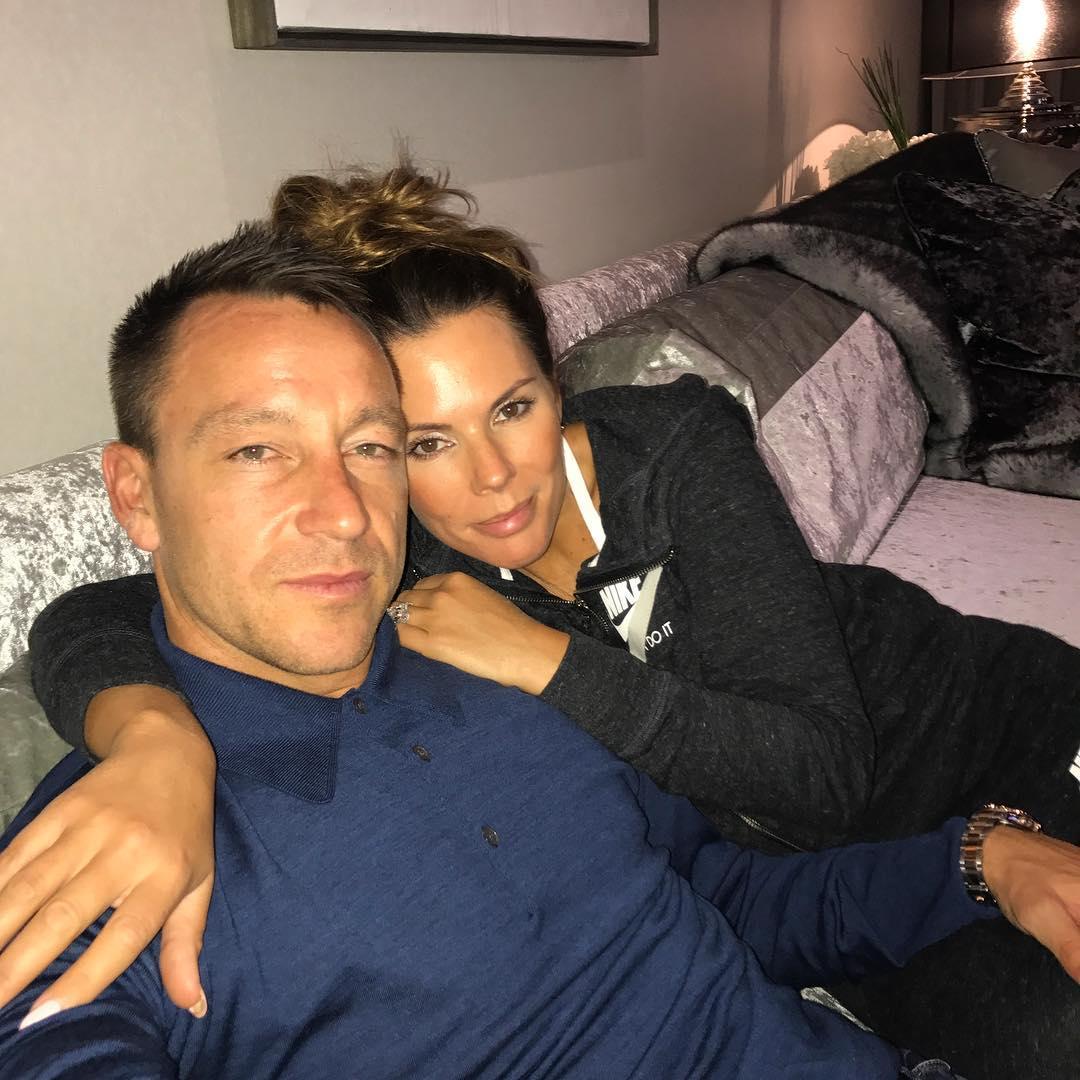 The former England skipper is estimated to be worth £39million according to Business Insider, placing him tenth in the world of the richest footballers.

Reminders of the Chelsea and England icon’s stellar playing career can be found in his very own memorabilia room, full of shirts, trophies and caps.

And thanks to the world of social media, John and wife Toni have also kindly given us an insight into what other home comforts they enjoy with their two children Georgie and Summer.

Entrance fit for a kick about 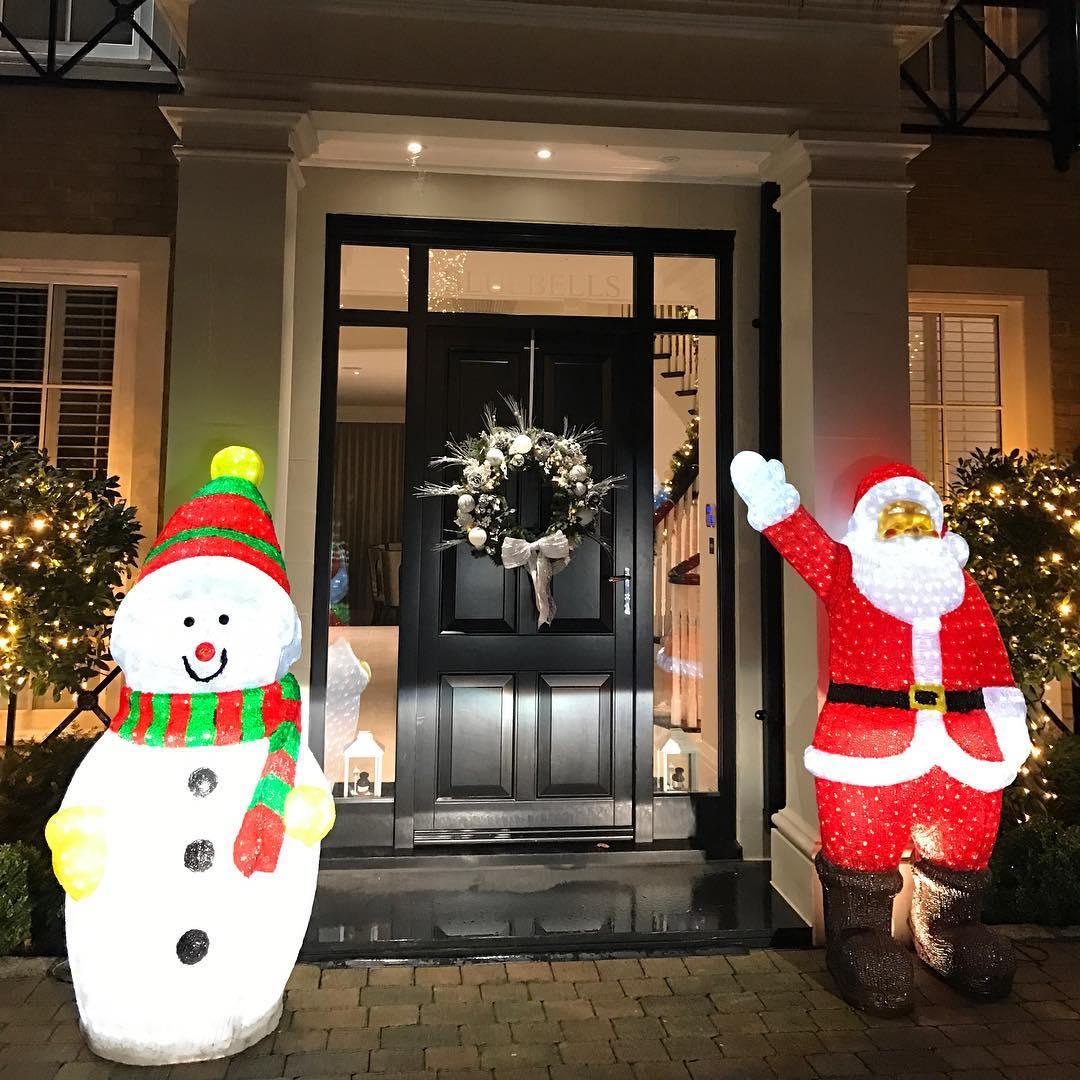 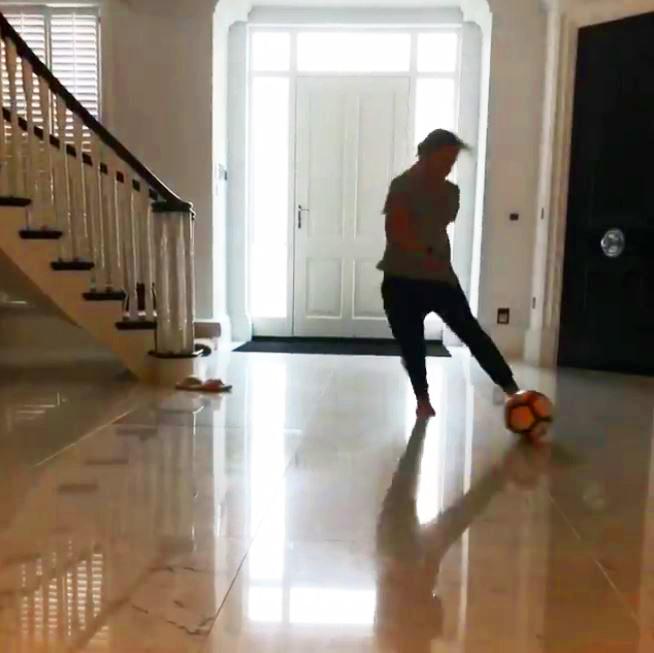 Most of us would never dare kick a footie about the home for fear of breaking something.

But when you have an entrance hall big enough to host a small party in, then household rules go out the window.

Having spent the last season at Aston Villa, Terry would not have stepped through that front door as often as his Chelsea years.

No doubt the £70,000 a week wages – estimated to come to £3.64 million over the duration of his contract – would have softened the blow somewhat.

And wife Toni already seems to have ideas on the space anyway, having used it for her gym workouts. 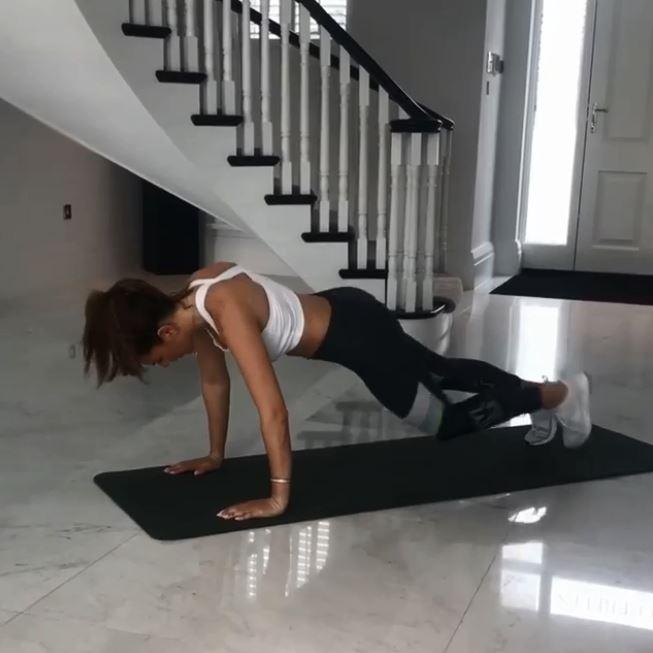 Making a splash outside

Personal fitness is no problem for Terry who has had trainers, physios and nutritionists on tap whether with Chelsea, England or Aston Villa.

He’s also a fan of a hydrotherapy pool to help him overcome those aches and pains and was previously snapped using one at Chelsea’s Cobham base when regaining full fitness.

The vast pool in his own back garden may be more something for the kids but even pool volleyball is exercise right?

Not one to miss out on her fix, Toni has also shown her preference for outdoor exercises with a number of Instagram posts showing her in various stretches. 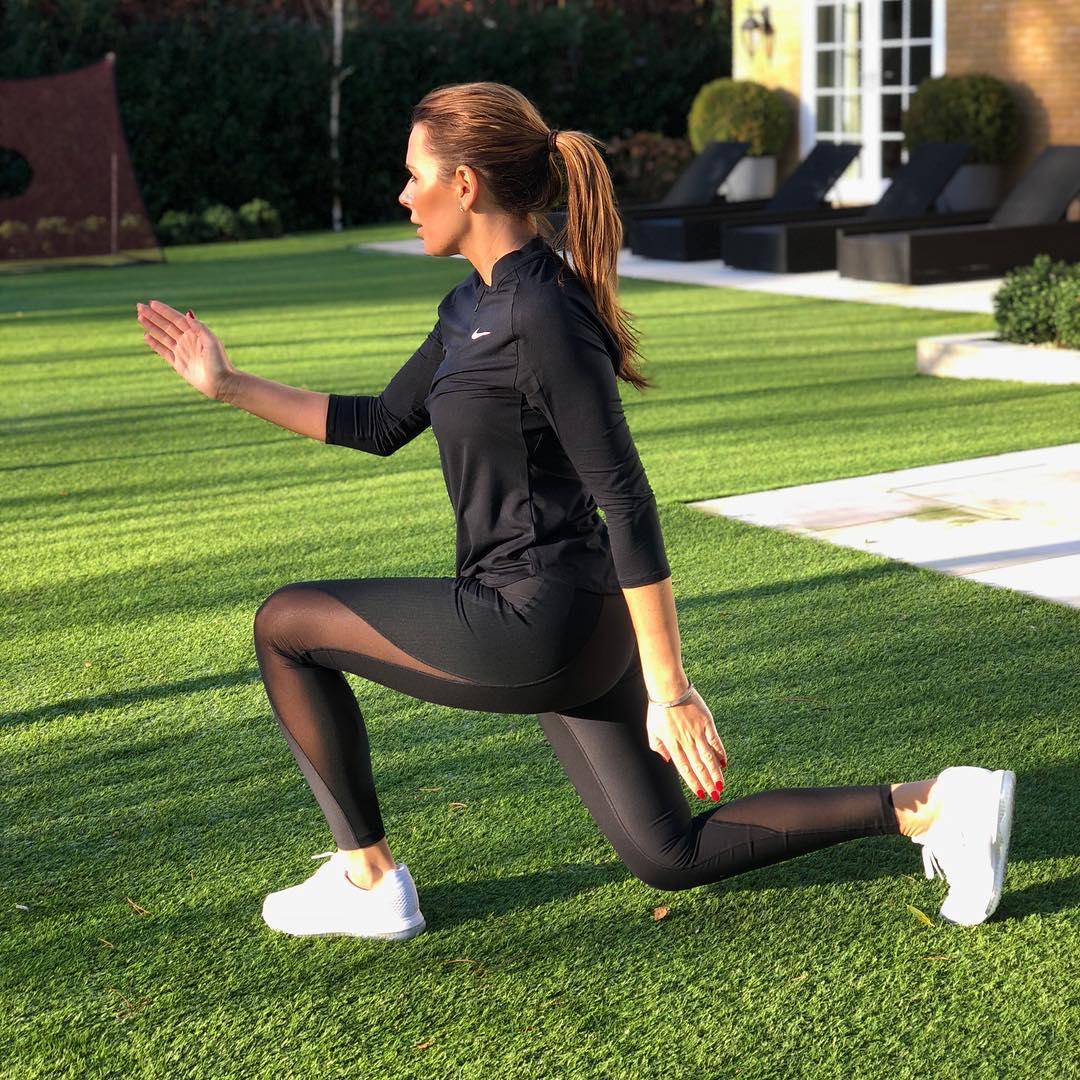 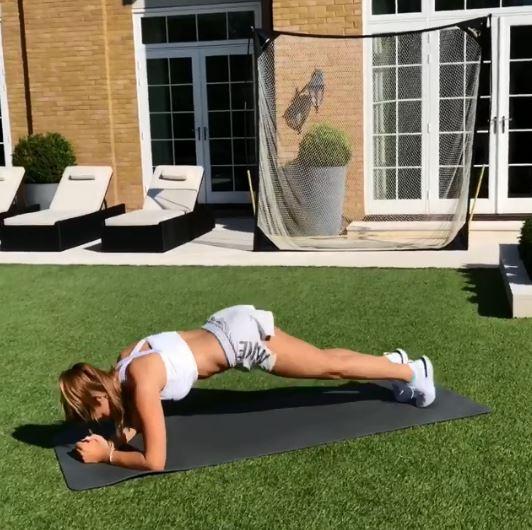 And after working up an appetite, she can always turn to chef John who has shown he is a dab hand at the barbecue.

He is clearly a fan. This is a man who organised to have a barbecue among other things when hiring out Stamford Bridge for his farewell party. 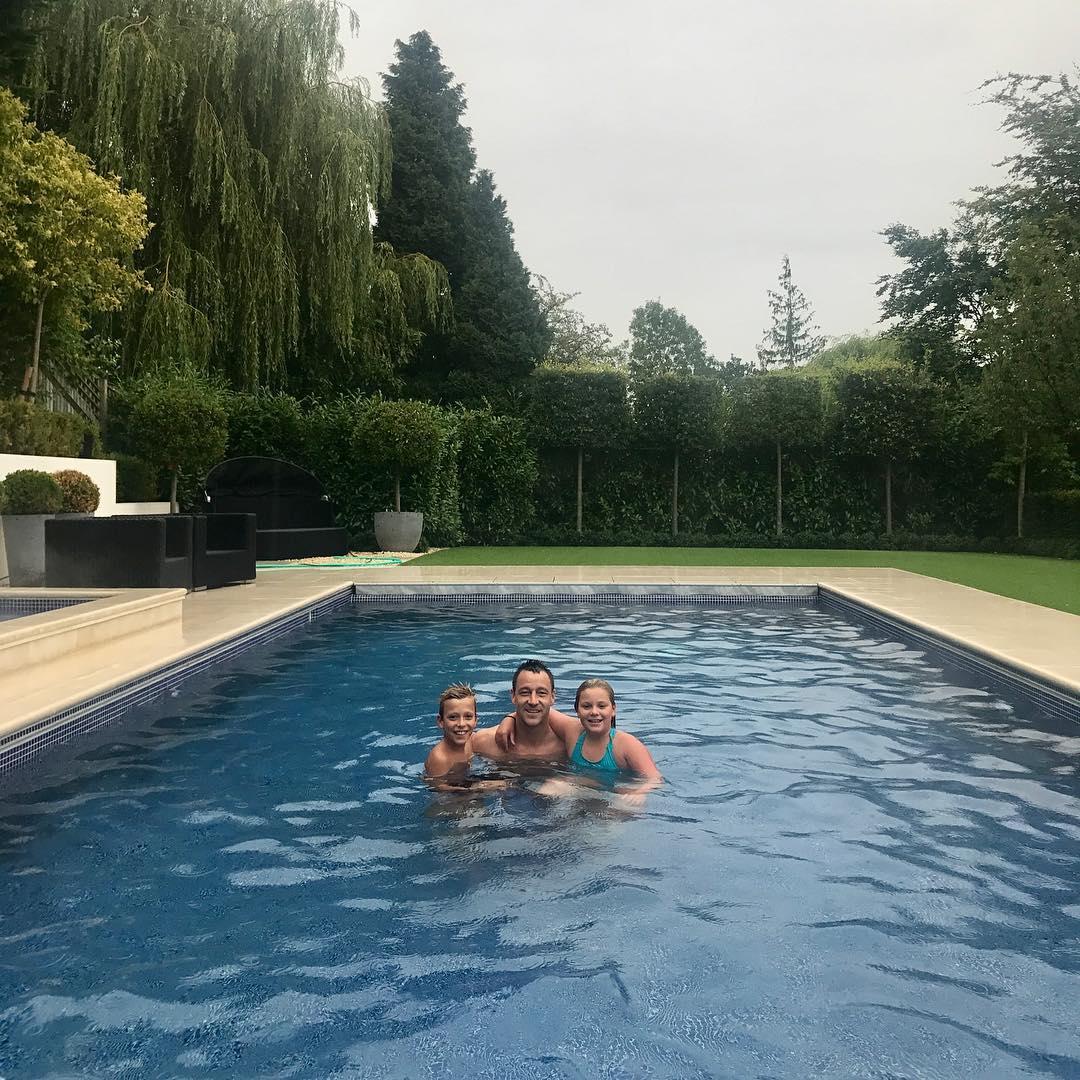 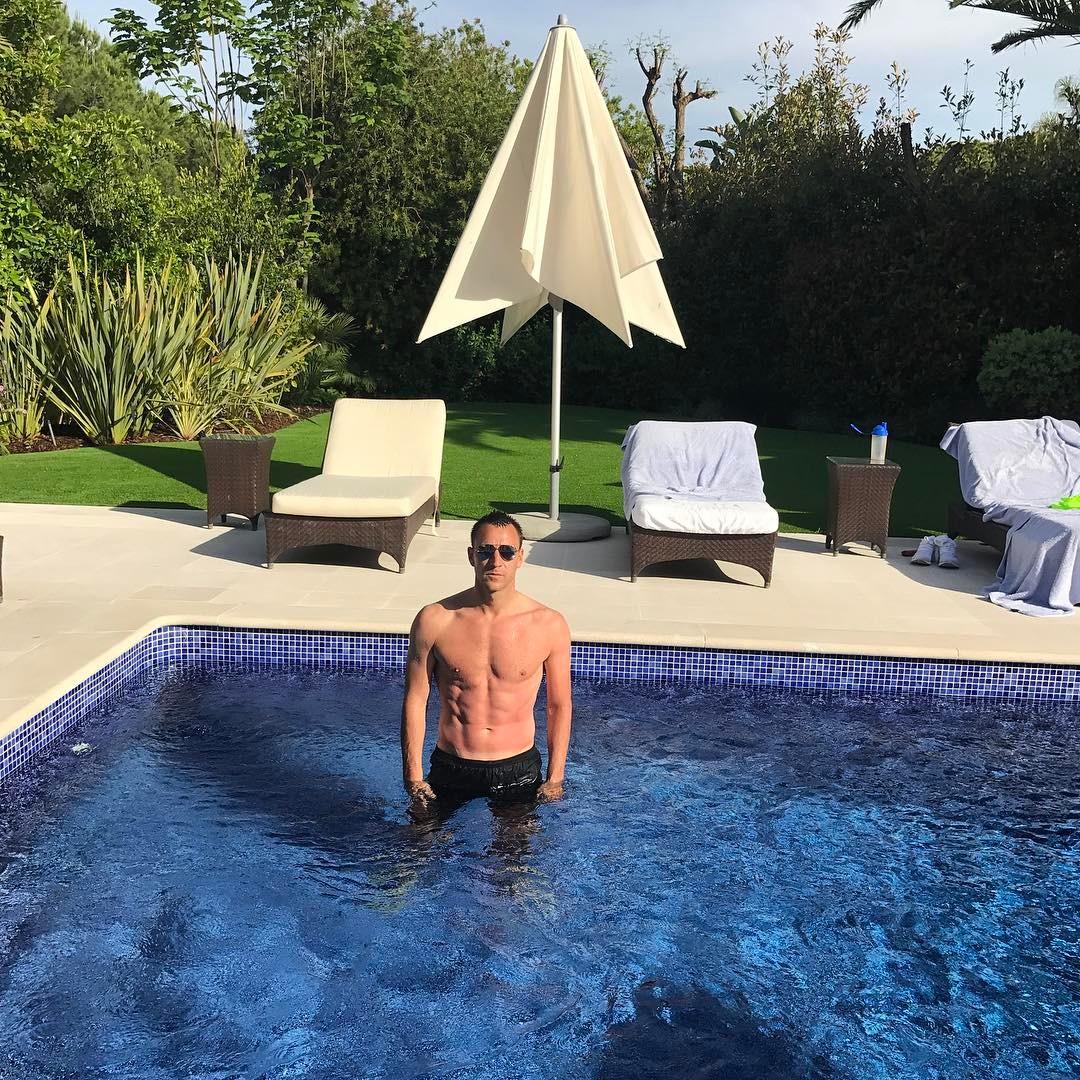 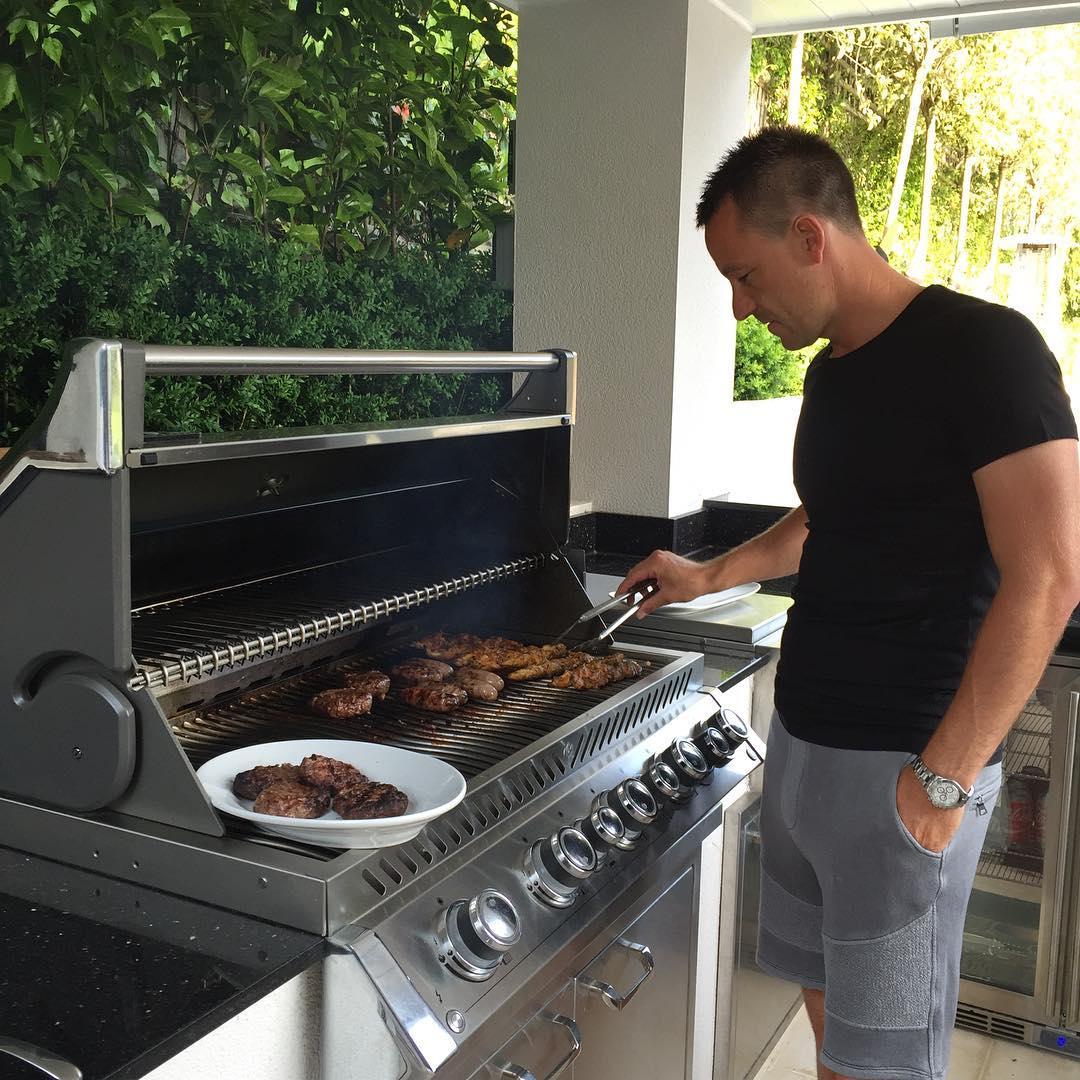 Hosting is clearly big business in the Terry household, even at their own home.

Of course it helps if you have a big kitchen. And Terry ticks that box.

He’s opted for a white and black colour theme, with a handy kitchen island in the middle.

Just right for family breakfasts…or perhaps as somewhere to show off one, two, or five replica trophies you’ve won.

He probably put them away for the various parties that seem to go on in the house. Instead it’s balloons which seem to take centre stage for the Terry family. 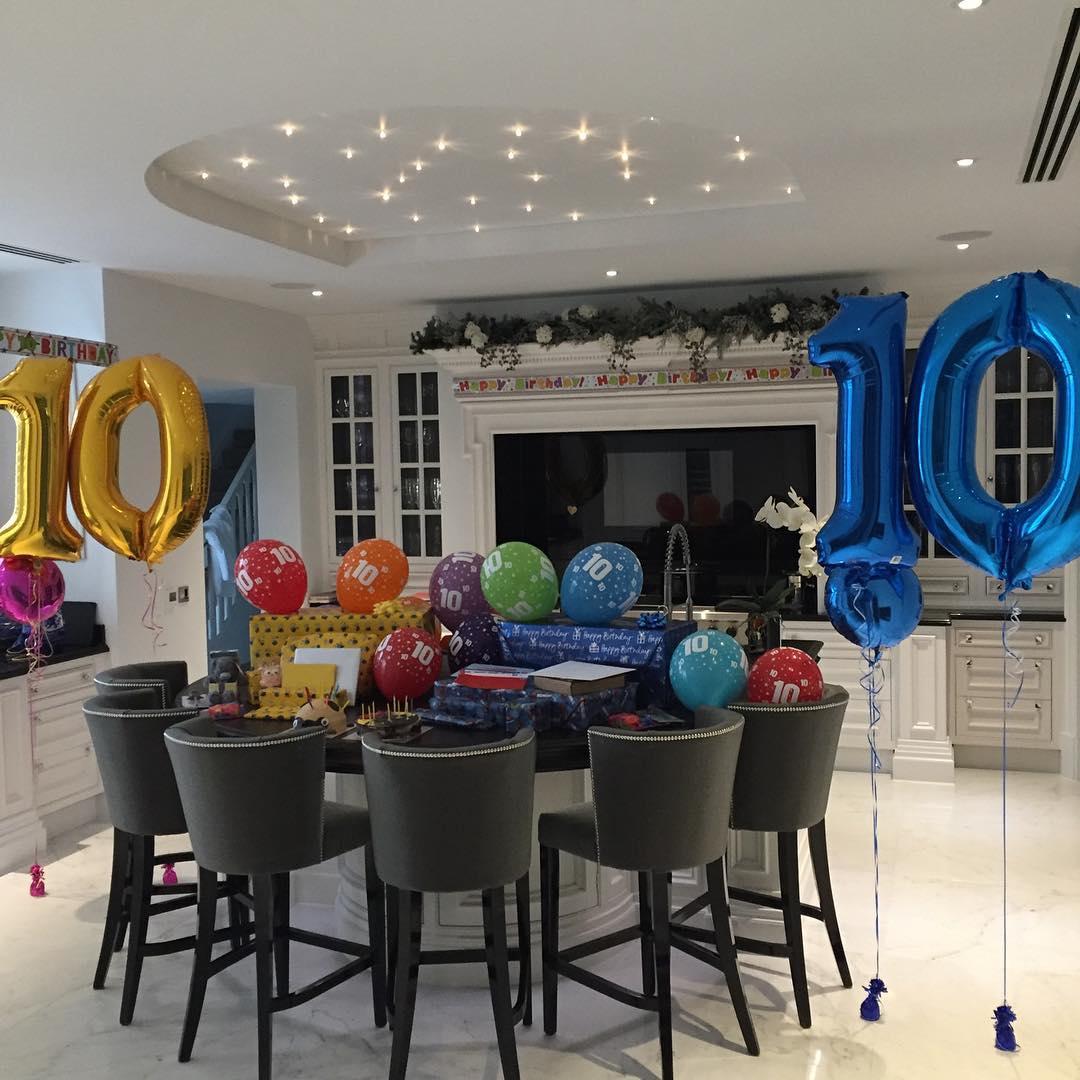 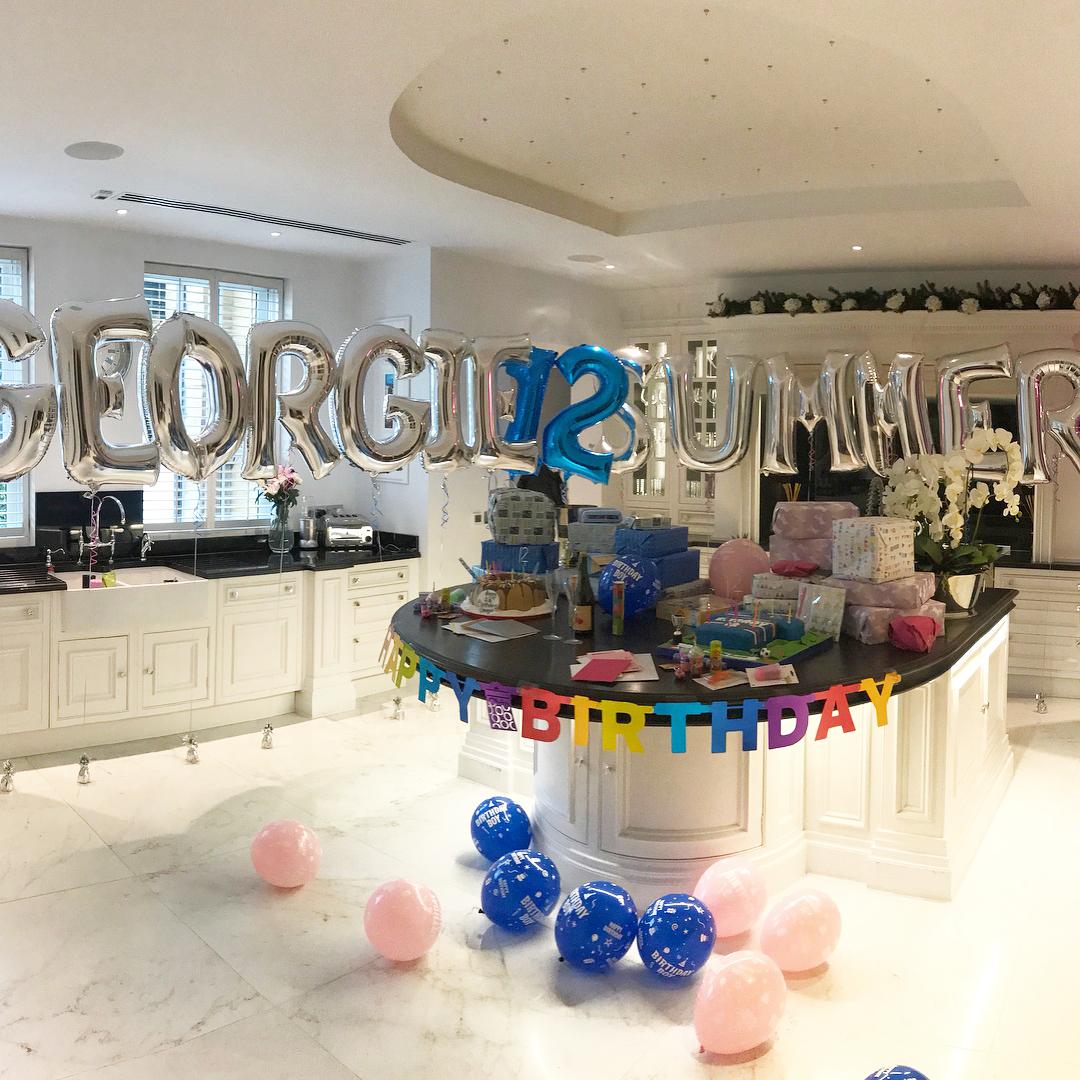 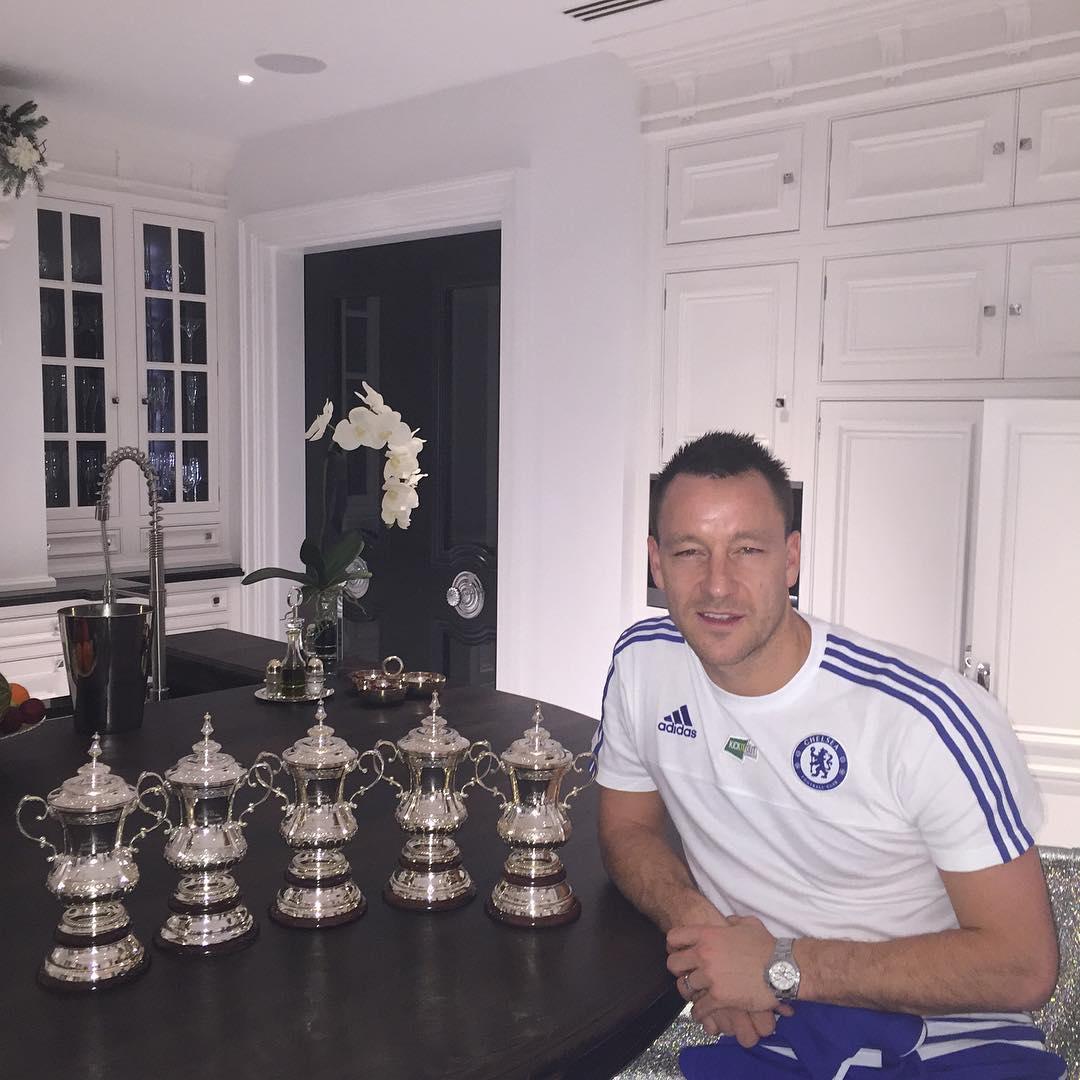 While former England team-mates Frank Lampard, Steven Gerrard and Rio Ferdinand carve out second careers in management and punditry, the path for Terry is less clear.

He is dabbling in the world of television though having become the new face of football in Egypt as he works as a pundit on Pyramids TV.

That will no doubt help swell the bank balance a bit with the TV station’s Saudi owners not strapped for cash.

And fortunately Terry is not short of televisions in his house to brush up on his knowledge and presenting skills. 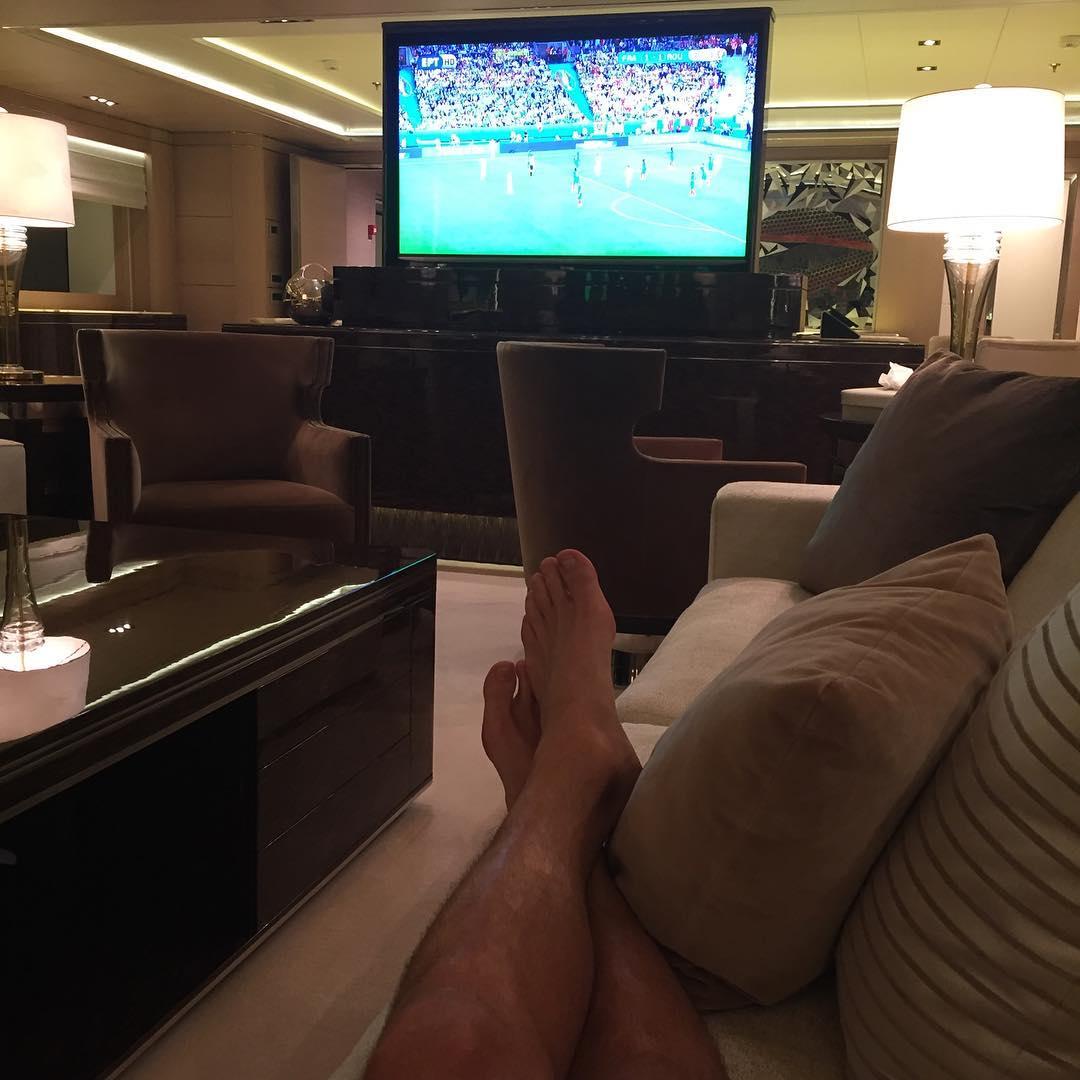 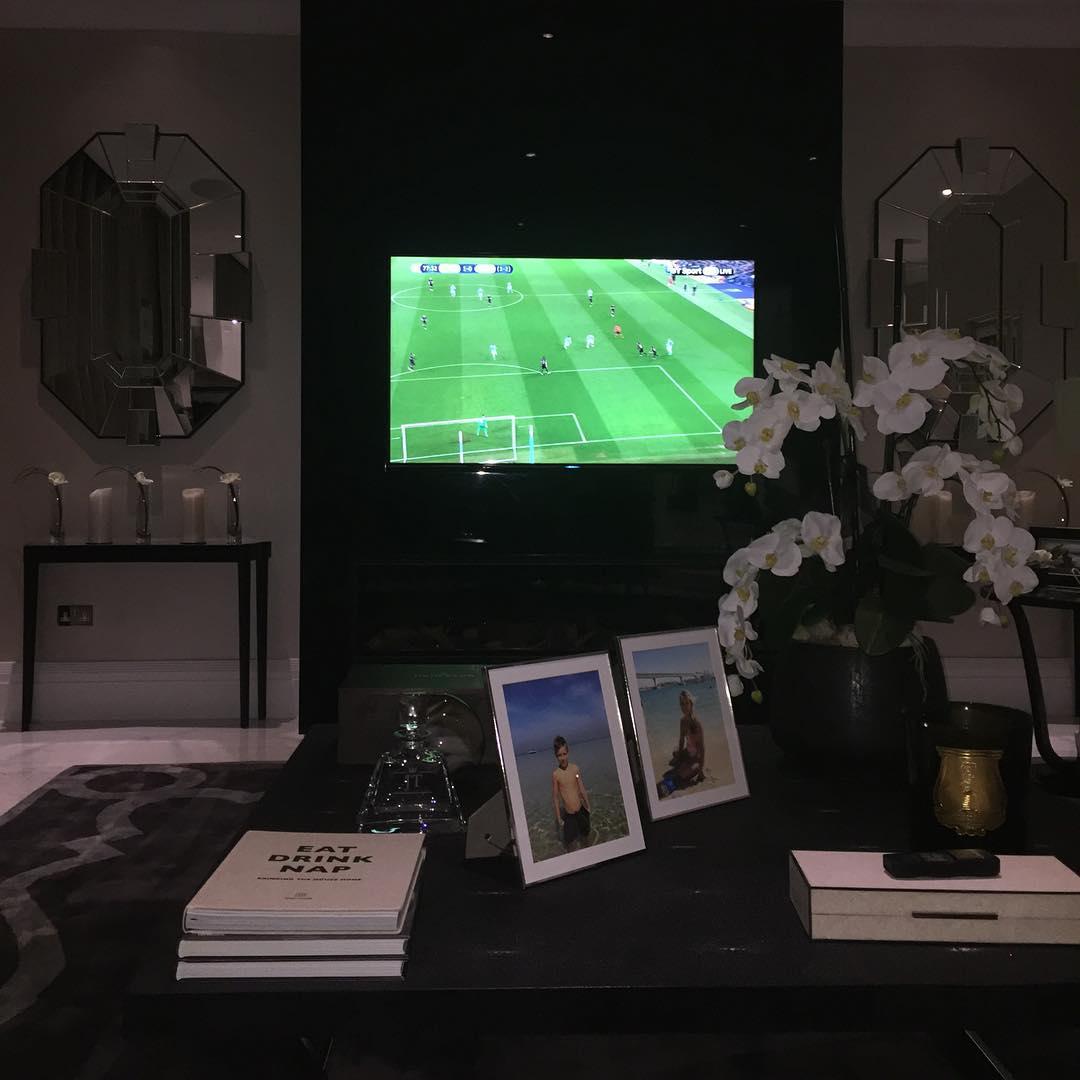 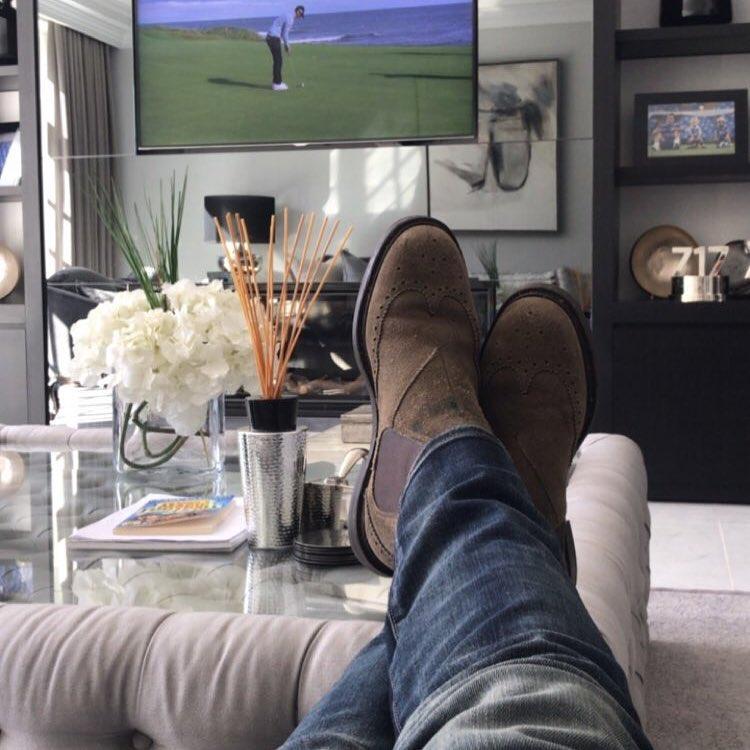 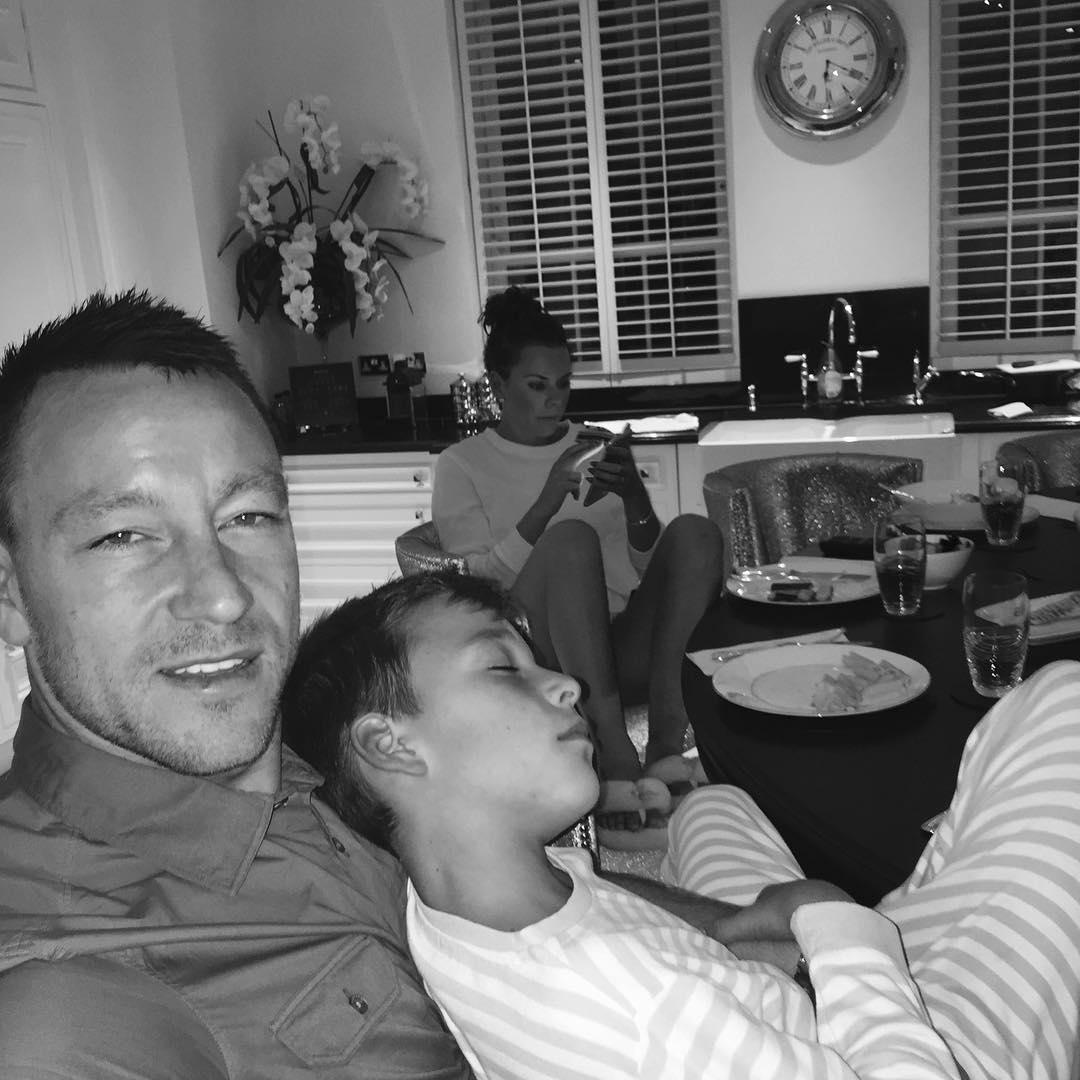 It also means his kids can keep tabs on their dad even when he’s at work.

Handy for a family who clearly value their time together both at home and on holiday.