Tokoroa, in central North Island of New Zealand, is everything Bondi Junction is not.

It’s a town of about 14,000 people, a significant percentage of them unemployed after a major downsizing of the timber industry.

“There are no big buildings, no traffic, no traffic lights,” said one of its most famous products, Roosters star Joseph Manu. 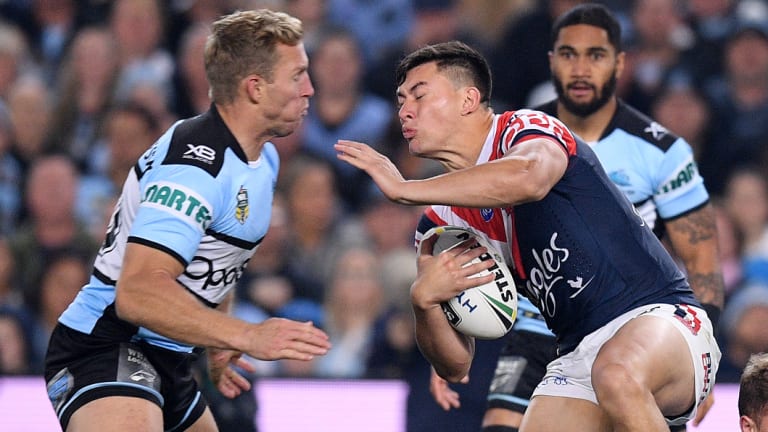 Tearaway: From humble beginnings, Joseph Manu has emerged as one of the most exciting outside backs in the game.

Which is why the transition to the eastern suburbs as a teenager was initially so difficult for Manu. In that first year away from home, Manu was injured just before the SG Ball grand final his side ended up winning.

The move was perhaps more difficult still for another Tokoroa-bred Rooster. Zane Tetevano has also found himself at the Tricolours, having travelled a sometimes wayward path to get there. In doing so, he has reunited with Manu after the pair grew up in the same neighbourhood, sometimes even the same house.

Manu’s parents, Darnel and Nooroa, taught both boys at Tokoroa High School. Often before and after school, Tetevano and his brothers found themselves at the Manu residence, where they were considered an extension of the family. 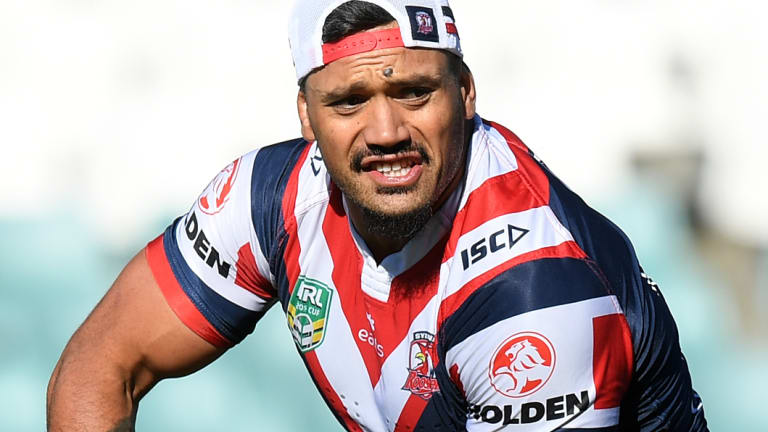 Taking responsibility: Zane Tetevano has matured since crossing the Tasman to pursue his football career.

“I’ve got a pretty close relationship with Joe and his family,” Tetevano said.

“That’s what life was like back then. Any family member could come home and was always welcome. If they wanted to stay, they could stay, it was never a problem.

“I wish they moved over here to Australia as a young kid to guide me through.”

It’s been a decade since Tetevano last did 6am boxing sessions with PE teacher Nooroa or came by the Manu residence for a feed, a game of PlayStation or a place to crash. But the bond between the families – Tetevano’s younger brother Isaiah practically lived fulltime at the Manu residence – remains as strong as ever, particularly now that Joseph Manu and Tetevano have reunited again 2260km from their tiny hometown.

After finding himself in trouble when he first moved across the Tasman, Tetevano has done plenty of growing up in recent years, particularly after losing his father three years ago.

“Zane began to grow as the ‘father’ of the family, as he watched over his two younger brothers,” Nooroa said.

Manu, meanwhile, has emerged as one of the most exciting outside backs in the game. This time last year he was watching his Roosters teammates play in the finals after failing to make coach Trent Robinson’s top 17. On Saturday, he will mark up against South Sydney captain Greg Inglis, the NRL’s best and most promising three-quarters marking up on each other. 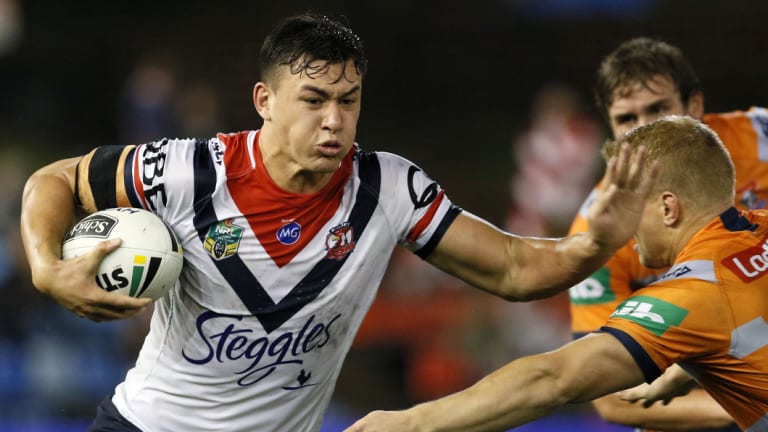 On the run: Football has given Joseph Manu a stage on which to express himself..

“I marked up on him for the first time this year,” Manu said.

“That was pretty crazy, I remember watching him as a kid. I’m pretty excited to match up against him, he’s been the best centre for a while now. To put the challenge up against him, I’m just excited and can’t wait.”

Manu always seemed destined for the big stage. Good at sports, but painfully shy, he sought an outlet to express himself after starting high school. He found it by immersing himself in Tokoroa High’s cultural programs, allowed him to express his Cook Islands and Maori heritage.

“The stage helped him become a bit of a performer,” Nooroa said. “It’s helped him express himself on the sporting stage. Now he’s less of an introvert.

“He has always been light-footed from his cultural dancing. From a mental side, it’s helped him perform and put himself on a stage."

Manu and Tetevano will grace another stage, the last game ever to be held at Allianz Stadium before it is knocked down and rebuilt. The pair haven’t forgotten the roles Darnel and Nooroa have played in getting them there.

“I’m grateful for my mum and dad,” Manu said.

“A lot of my mates were talented but chose the wrong path. They didn’t have the support I had.

“I had some mates who did some pretty bad things back home and I used to hang out with them. They didn’t have the support I had and got lost.

“My dad was good, there were a lot of kids with problems and he would bring them home so they could stay with us for a couple of months until they were ready to go home.

“They would go back better people. It was nice our community was like that.”

Even now, before most games, Tetevano stays at Manu’s house where they reflect on how far they have come.

“I kinda look up to him, I see his parents in him,” said Tetevano, who is five years Manu's senior.

“Being good people, I have so much respect for him as a human being. His parents guided me through my high school years and I’m giving back by looking after him and he’s looking after me.”