Jake Wheeler is set to see a sports physician on Monday in a meeting that could have major ramifications on the Queanbeyan Blues' Canberra Raiders Cup defence.

The Blues hung onto their place in the top two with a 38-22 win over the Queanbeyan Kangaroos at Seiffert Oval on Saturday. 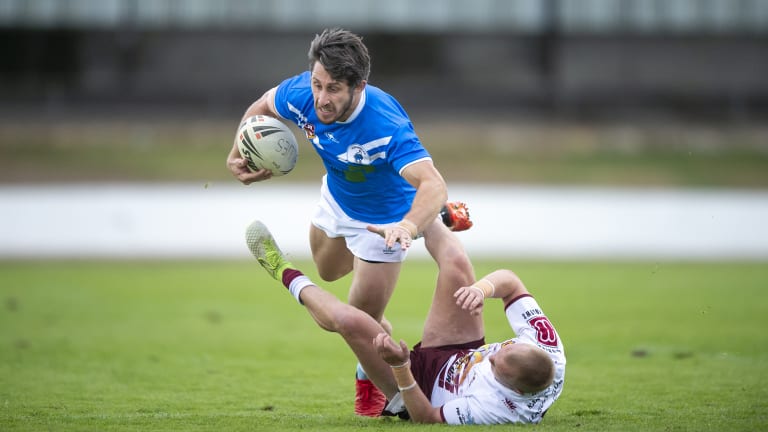 They did it without Wheeler, who limped off in the Blues' win over Woden Valley last week with a suspected ankle injury, but that does little to ease the concern of captain-coach Terry Campese.

Campese fears the Blues could lose Wheeler for the season in what would be another blow after back-up hooker David Barrie was taken to hospital with a burst blood vessel in his wrist during the Queanbeyan derby.

"We could miss him for the rest of the season, that’s worst case, and best case is about six weeks I think, so it’s still a fair chunk of the year," Campese said.

"He found his feet in the centres there, I thought it was a cracking position for him and he was on fire, so he’s going to be a massive loss for us whether it is one week or 10 so fingers crossed for him.

"Hopefully it’s not as bad as what the results show, hopefully it’s just a four-week injury but it doesn’t look good." 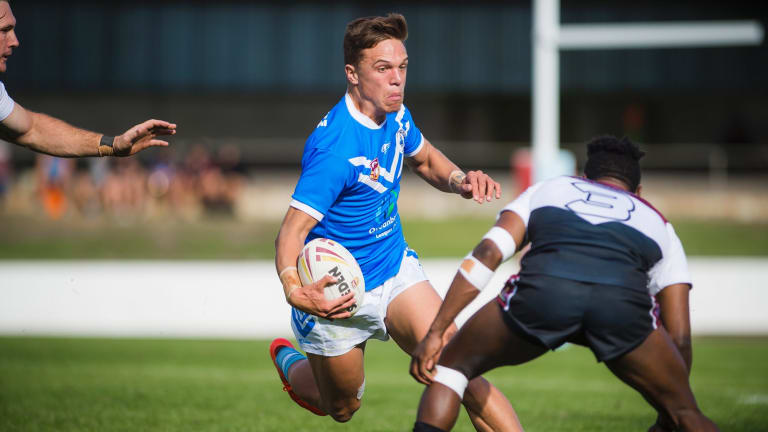 The Blues’ Jake Wheeler could be out for the year.

Wheeler's looming stint on the sidelines makes Blues centre Tyler Stevens' return to form even more important after he scored a hat-trick against the Kangaroos.

"On his day he is [one of the best centres in the competition]," Campese said.

"He thinks too much sometimes but over the last two weeks you can tell he has just kept his game nice and simple and he has just run the ball hard.

"That’s what he is best at so he has just got to learn the value of what he can bring to the team when he has got that mindset.

"He had a cracker. I thought last week was one of his best performances for us and he went up again this week.

"He actually played out of his skin really, you want these senior boys standing up when we’ve got a young team and he did that."

The Tuggeranong Bushrangers returned to winning ways with a crushing 40-10 victory against the Belconnen United Sharks at O'Connor Oval.

The round draws to a close when the Woden Valley Rams host the Gungahlin Bulls and the Goulburn Bulldogs meet the West Belconnen Warriors on Sunday.

Meanwhile, a dominant second half saw the Monaro Colts move one step closer to defending their under 23 country championships title.

Monaro booked their ticket to the semi-final with a 38-10 win over Riverina at Wagga Wagga's Harris Park to set up a clash with the Illawarra South Coast Dragons next Saturday.

The Monaro Colts league tag side bowed out in round two of the ladies league tag country championships with a 40-8 loss at the hands of the GSR Wests Tigers.