The heavyweight boxer come wrestling newbie was in Vegas for a press conference last Friday as he announced a WWE match against Braun Strowman. 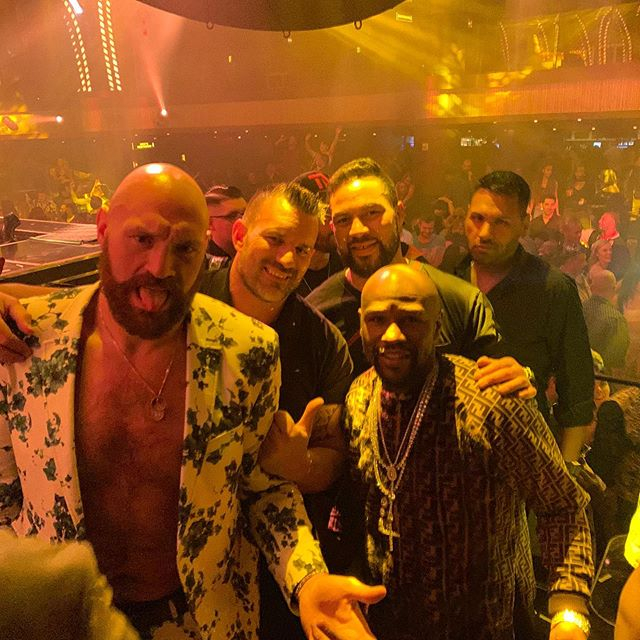 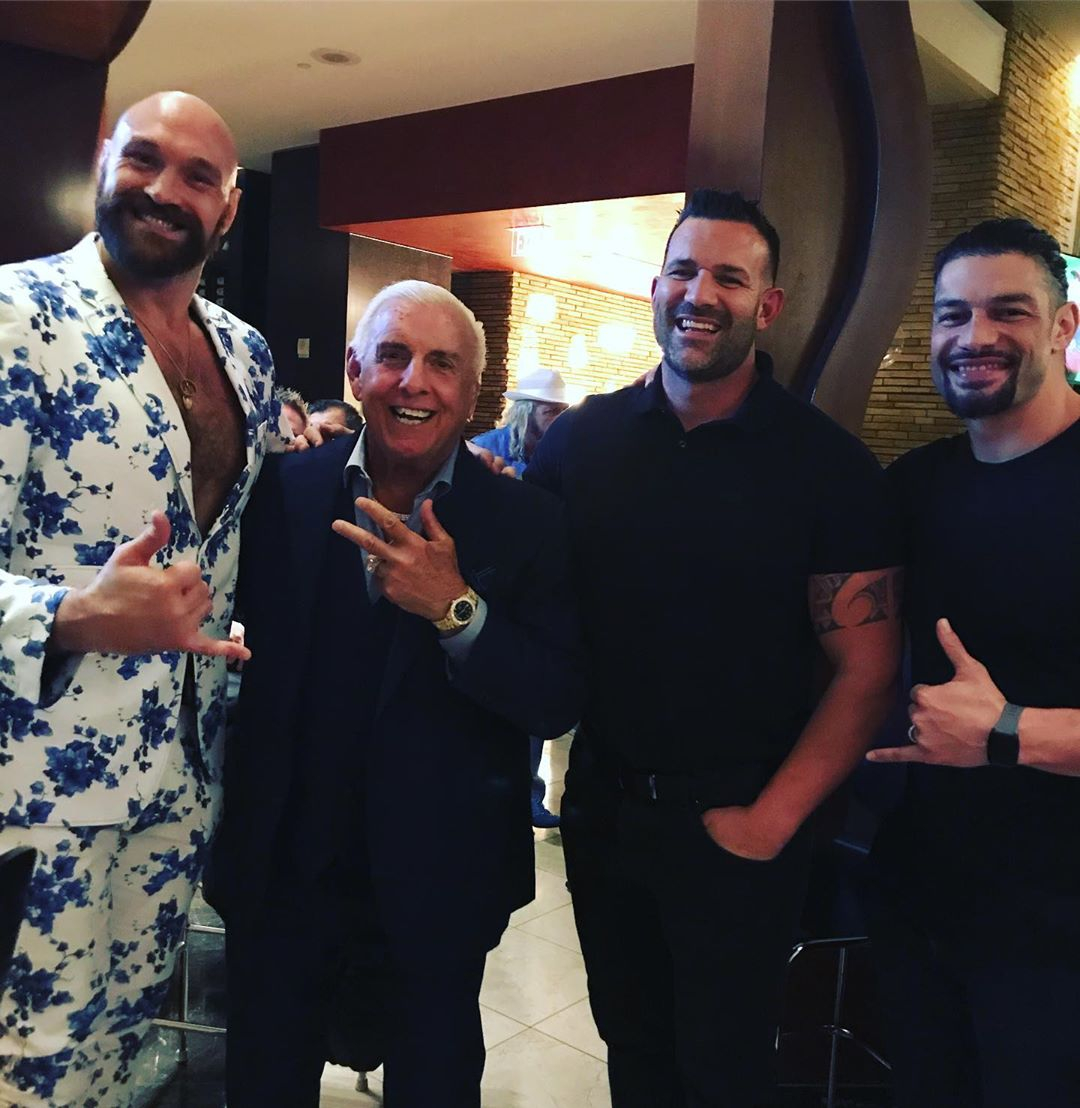 And Fury, dressed in the same white floral suit and perfectly sculpted beard, seemed to have hit the town after his media duties.

The 31-year-old Brit shared a snap online in a club with former pound-for-pound king Floyd Mayweather as well as good pal Joseph Parker.

Fury has appeared three times on WWE TV building a feud with fellow giant Strowman – and the pair will clash at the Crown Jewel pay-per-view in Saudi Arabia on October 31.

The Gypsy King could have asked PPV star Mayweather – who faced the Big Show at Wrestlemania 24 in 2008 – about some tips for trading the boxing gloves for wrestling boots.

If he didn’t, then he certainly would have soaked in some advice after meeting 16-time WWE champion Flair and former Shield member Reigns.

Fury posted the pic on Instagram, again, perfectly dressed in floral with an equally sharp beard. 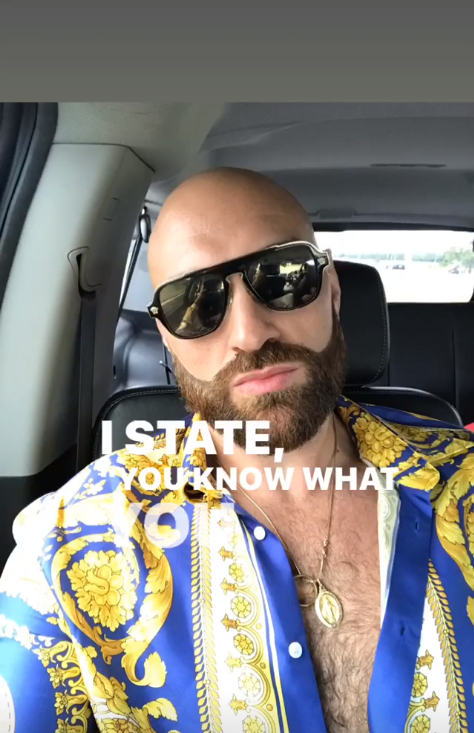 The former unified champion is set to rematch WBC king – having drawn last year – in February, with the WWE stint thought to be a promotional platform for the fight.

Fox, who televise SmackDown, will stage a co-PPV with Fury’s US TV network ESPN for the world title match.

Though Wilder is yet to show up at a WWE event, with a rematch against Luis Ortiz already booked for November 23. 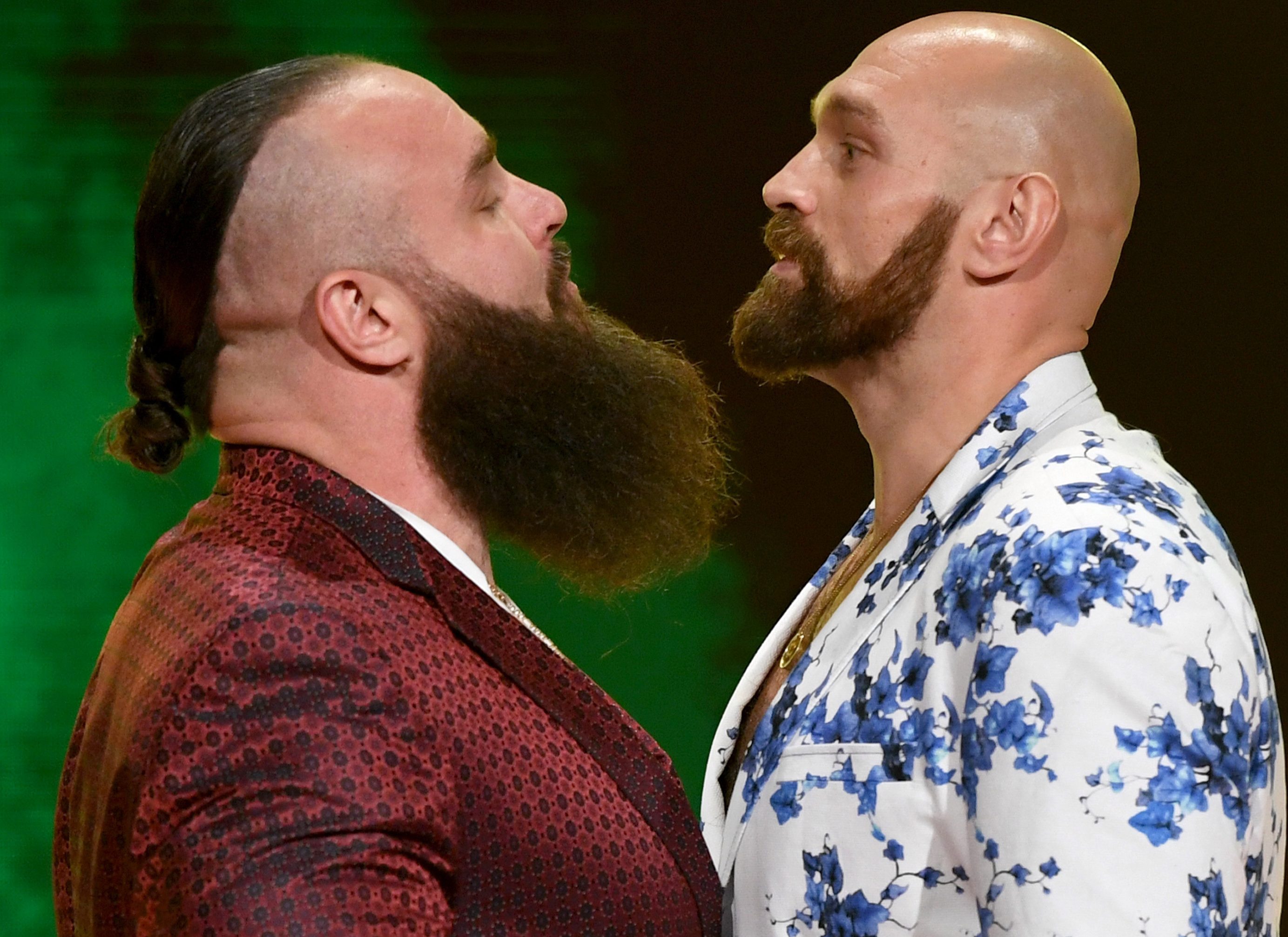 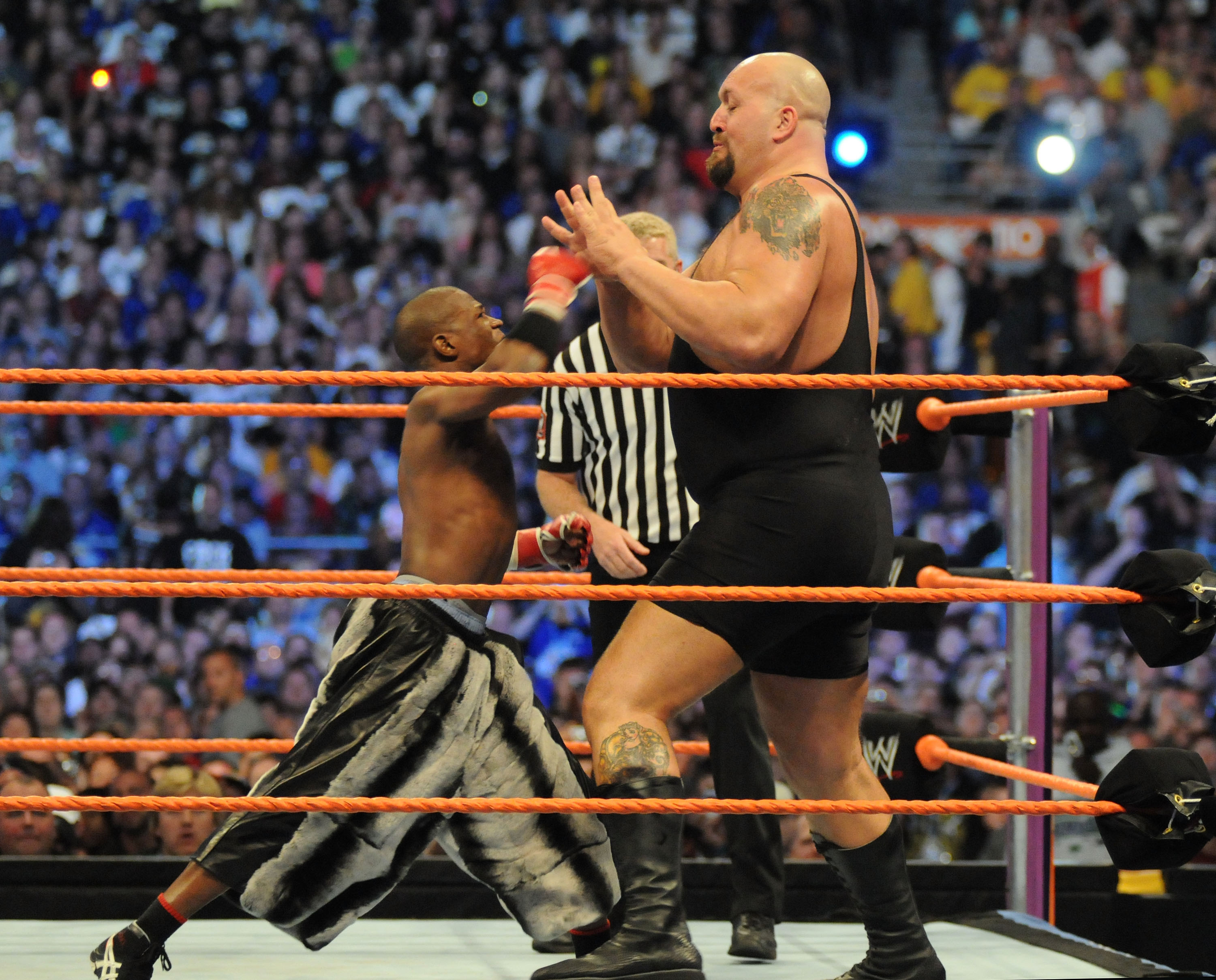