The returning heavyweight appeared on Good Morning Britain with Reid and Piers Morgan to preview his June 9 boxing comeback when a slip of the tongue sparked a storm in a milk-free coffee cup. 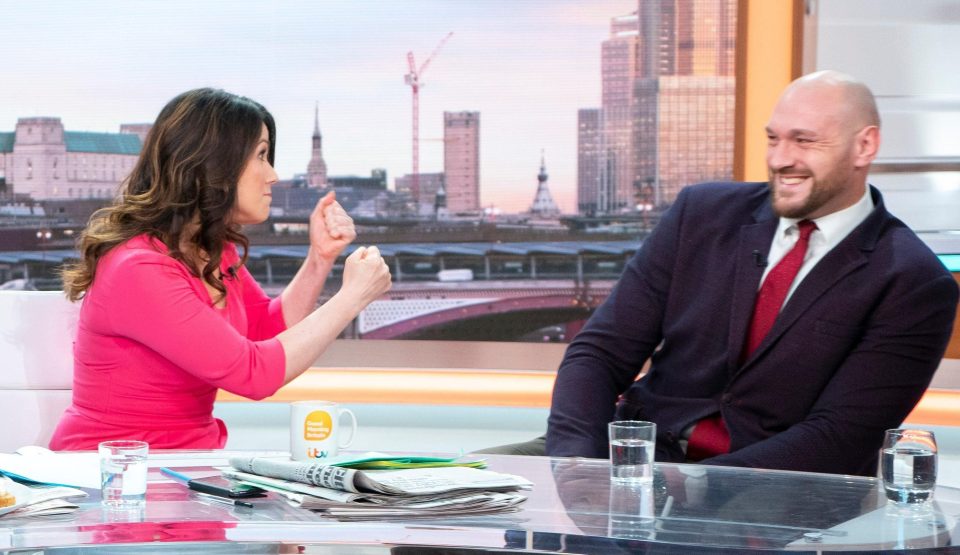 Some daytime TV viewers seemed angry when Fury – who has lost around seven stone recently – told Reid live on air to cut milk from her coffee if she wanted to lose weight.

But the Gypsy King explained that Reid had asked for tips offstage, before the interview and there was no offence intended.

Reid played along, saying "I just got fat shamed by Tyson Fury" before putting her fists up to the 6ft 9in giant.

And the 29-year-old dismissed reports that Reid had been in any way offended by his top-tip and he even sent her a cheeky gift to seal their friendship. 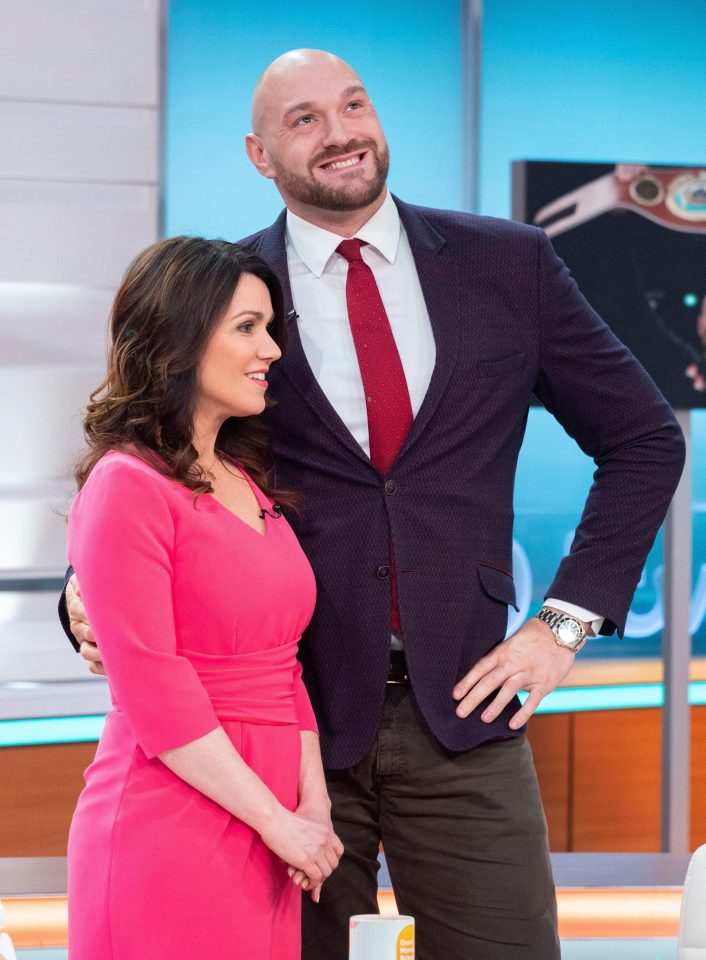 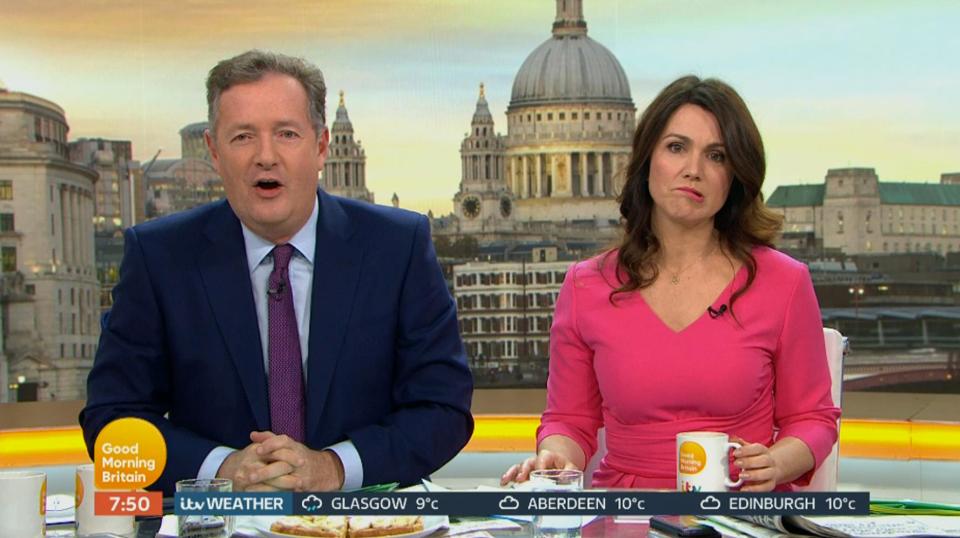 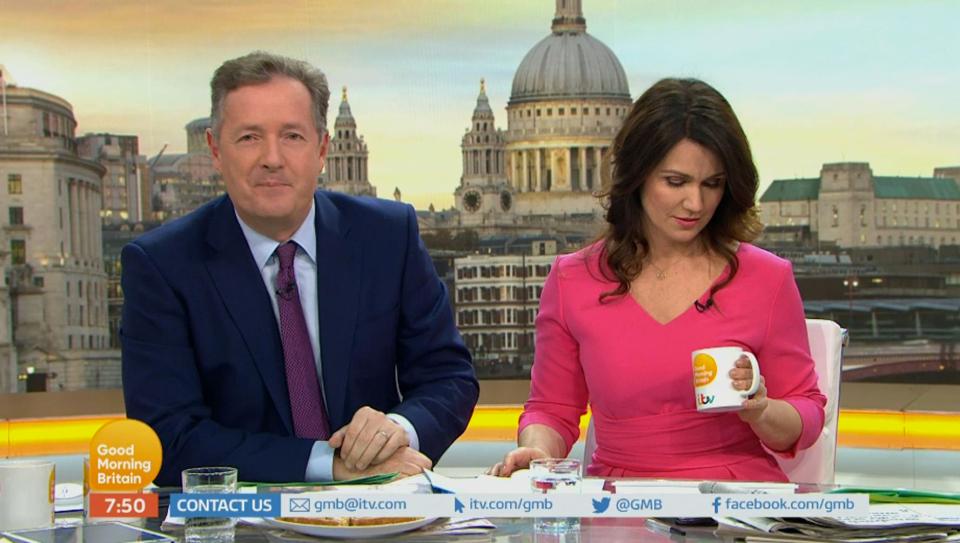 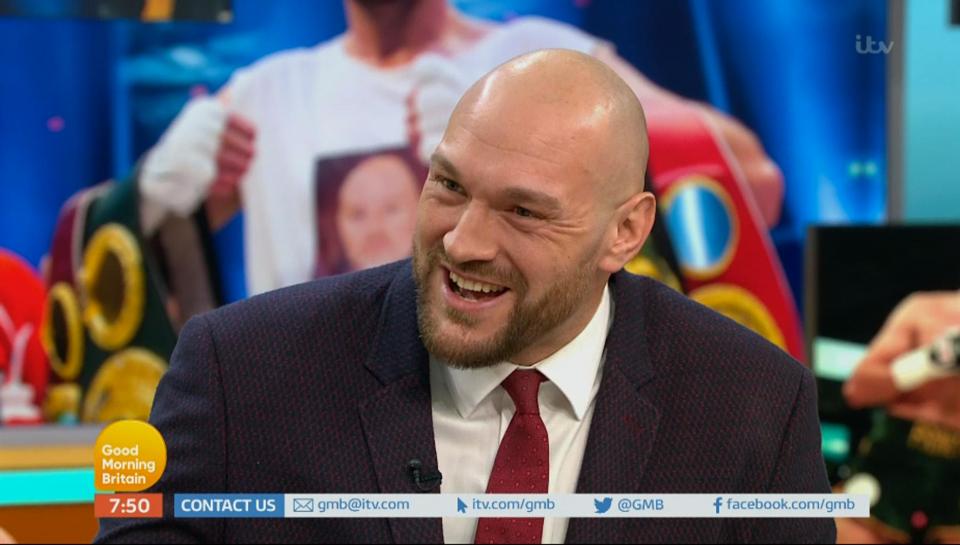 When asked if he had noticed any backlash from the appearance, he said: “Epic fat-shame, I don’t know anything about it, she asked me before about some tips so I give her some tips. “So has she took that badly, the lady? I don’t think so, we hooked afterwards so it couldn’t of went down that bad.” 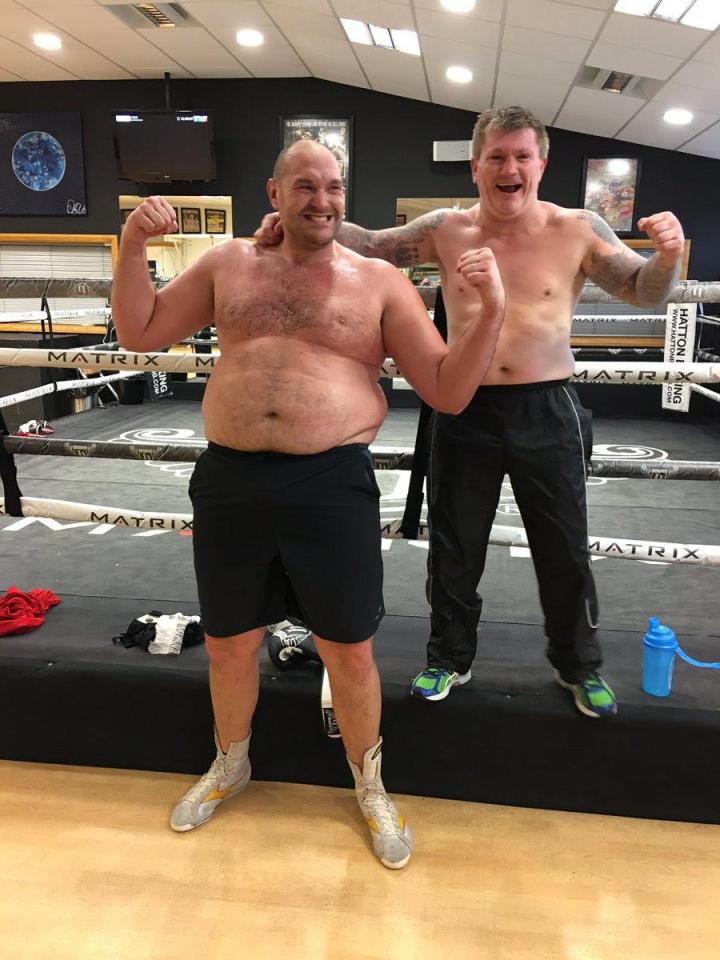 The former heavyweight king and still lineal champ said he would not – and could not – shame anyone over their size after he ballooned up to 25 stone while suffering from depression.

And his tips must work as he now looks lean and mean and ready to get back in the heavyweight mix.

The 2015 victor over Wladimir Klitschko said: “How can a fat man fat-shame somebody else? – It’s not possible is it? – I’m like the fattest man on earth, so shame on me for being fat.

“It’s a secret you know, you drink black coffee – you lose weight, there’s no rocket science to it.

“All my weight loss is down to black coffee, It keeps the mind mentally focused and it burns calories.”