TYSON FURY wore a suit covered his with own face on it as he attended wife Paris' book launch at the Trafford Centre in Manchester.

The Gypsy King is renowned for his wacky and stylish suits and did not disappoint when accompanying his wife. 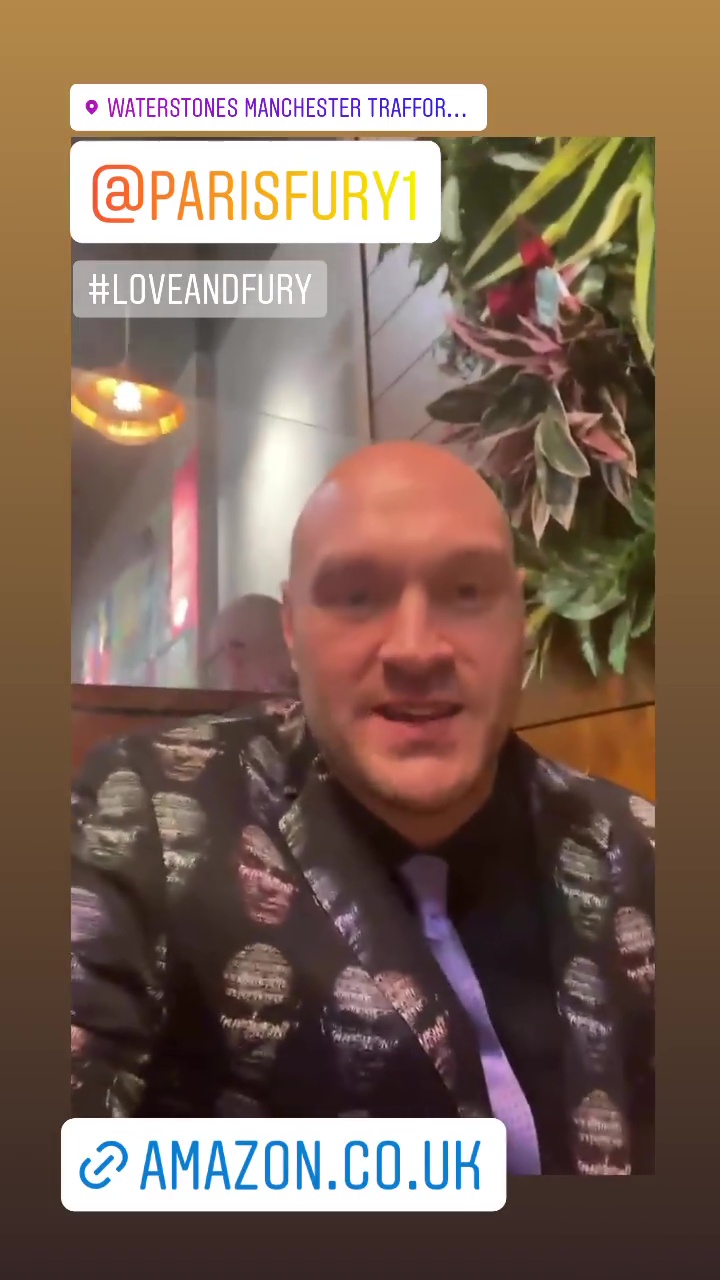 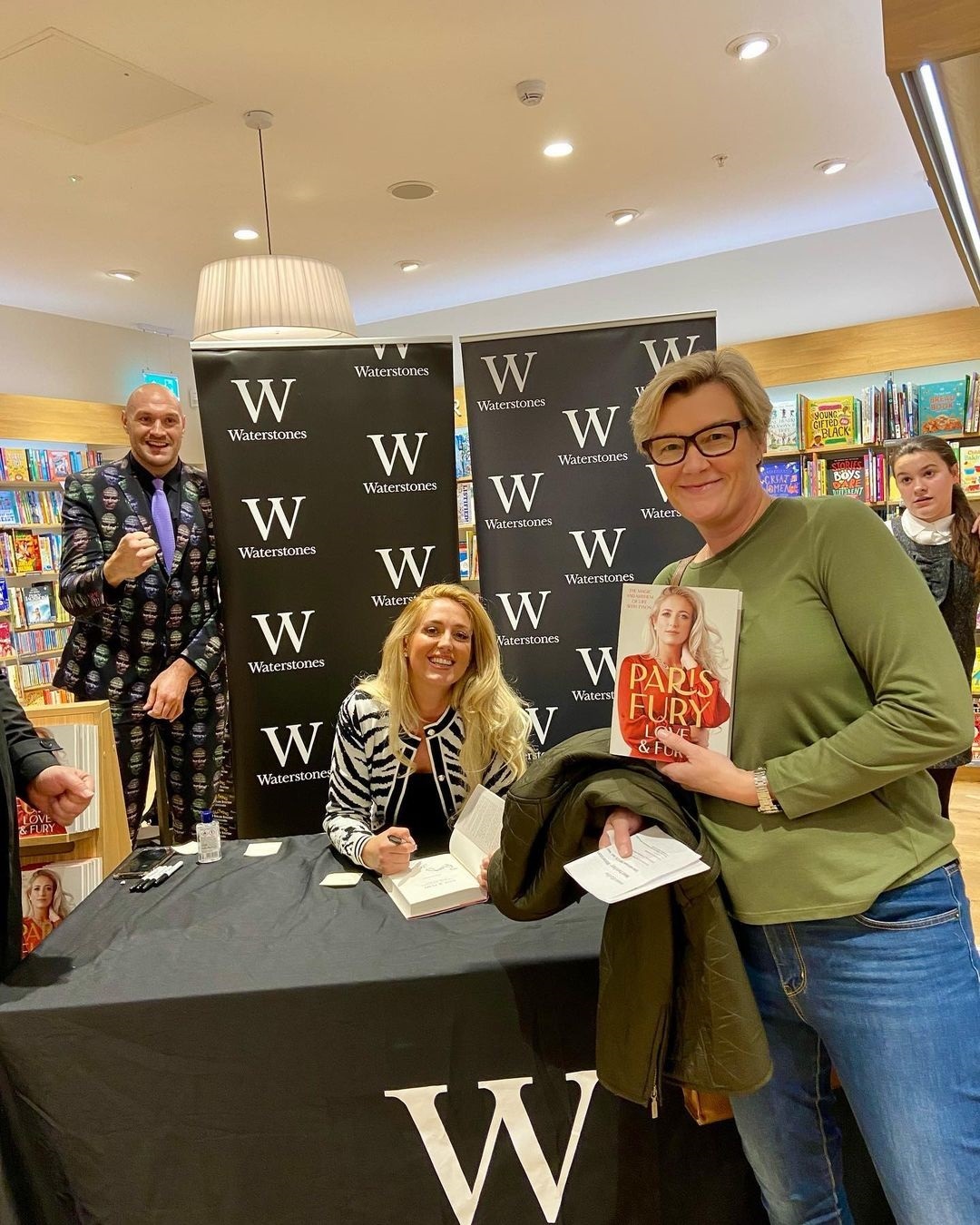 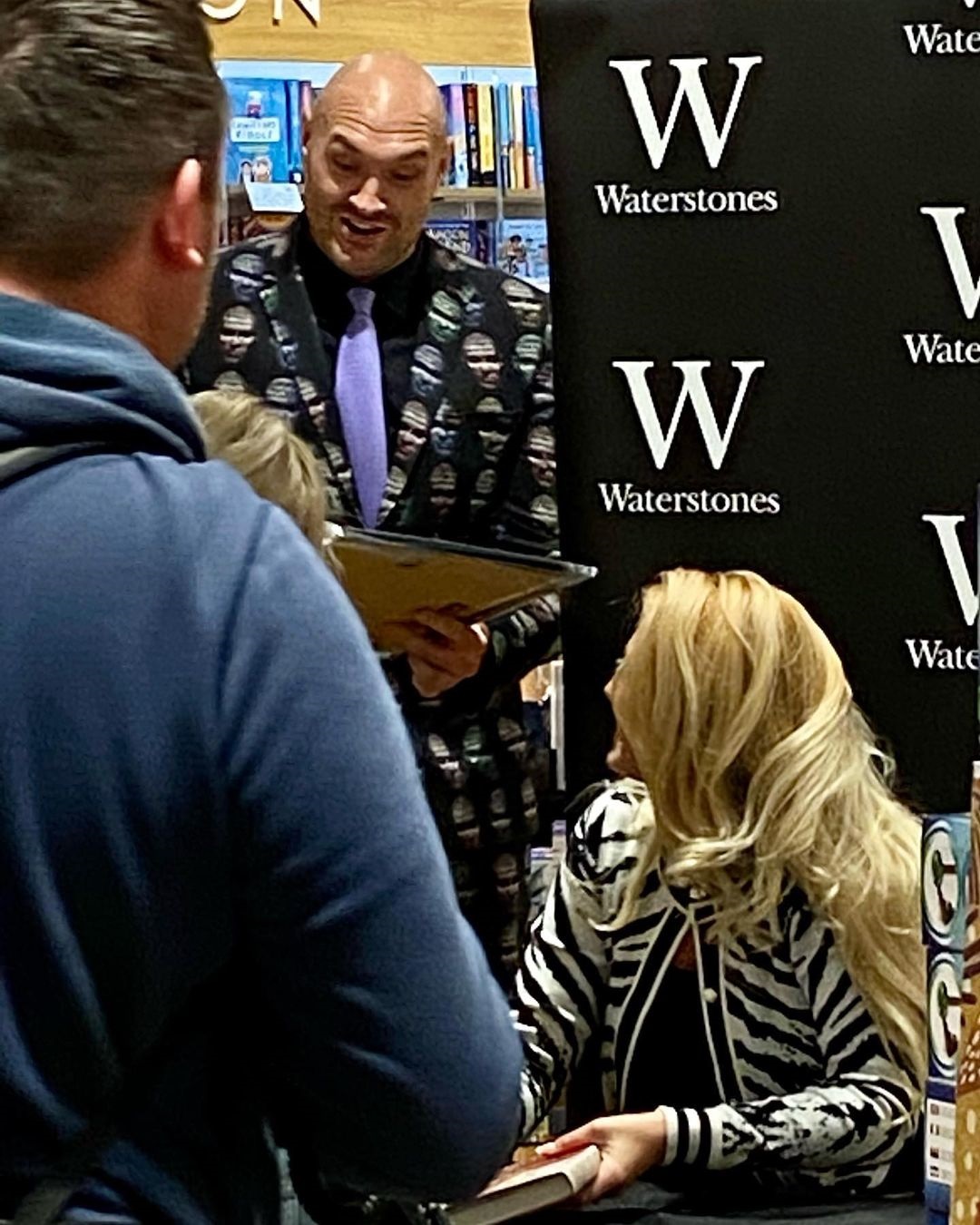 Fury, 33, showed off his custom black jacket and trousers which had his face pattered all over.

Despite his immaculate look, it was Paris who stole the show as she signed copies of her tell-all book in Waterstones in Manchester.

The release is already a best-seller on Amazon and will document Paris meeting Tyson as a teenager and marrying her childhood sweetheart.

The mother-of-six has promised not to hold back in the book, which reveals all about her life with WBC heavyweight champion Fury.

Paris said on talkSPORT: "So many people wrote things about me in the past and this time I just wanted to get my story out and the truth on the page.

"It's basically a mad, family story about my life, first meeting Tyson, then growing up, having children, being a mother, being someone who's obviously supported someone in the limelight for so long.

"Also, we've got Tyson with his mental health issues, I've supported that, so my books speaks to numerous people.

Asked about describing Tyson as her 'nightmare AND dream man', she responded: "That is 100 per cent.

"Because there are times when we're on the peak of the mountain and everything's great and even just being at home and going to the movies – and I know it sounds like so corny – but we're like best friends and we really love each other.

"And then you get like the manic, mayhem and the hard sides of Tyson – going away for six weeks and being gone.

"And then also, all the things we've been through, we've been together through six kids, that's what people don't know.

"People that are fans of us know that, but a lot of people look and think, 'She's here for the money' – they don't realise we've been together from like 15, 16.

"And basically it's been a whirlwind of our life, everything in there, I didn't hold anything back in the book, I just told the full story as I will never get time to do it again."