UFC 242: Watch scared security sprint after Khabib as he jumps from cage into crowd… to hug Dana White – The Sun

KHABIB NURMAGOMEDOV scared the life out of security at UFC 242 – by jumping out of the cage again.

But this time around he was not trying to spark chaos… but instead wanted to give Dana White a big bear hug. 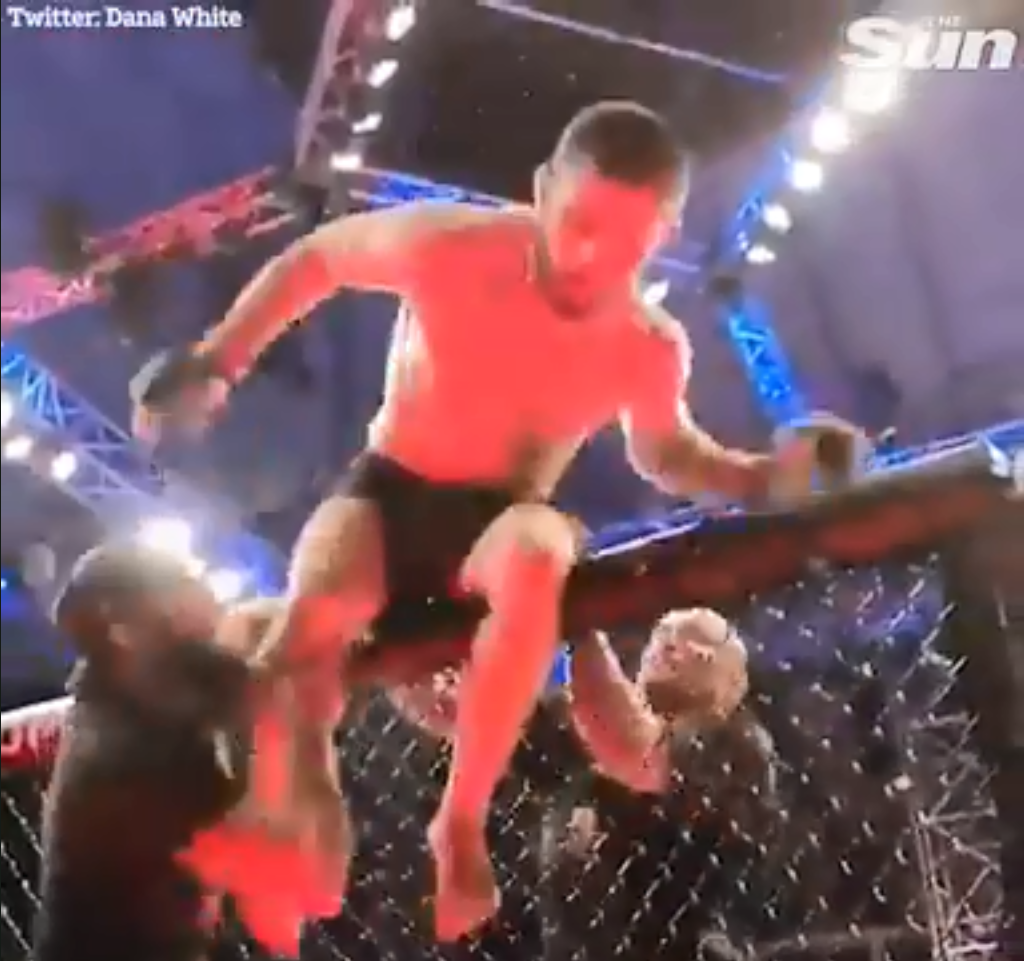 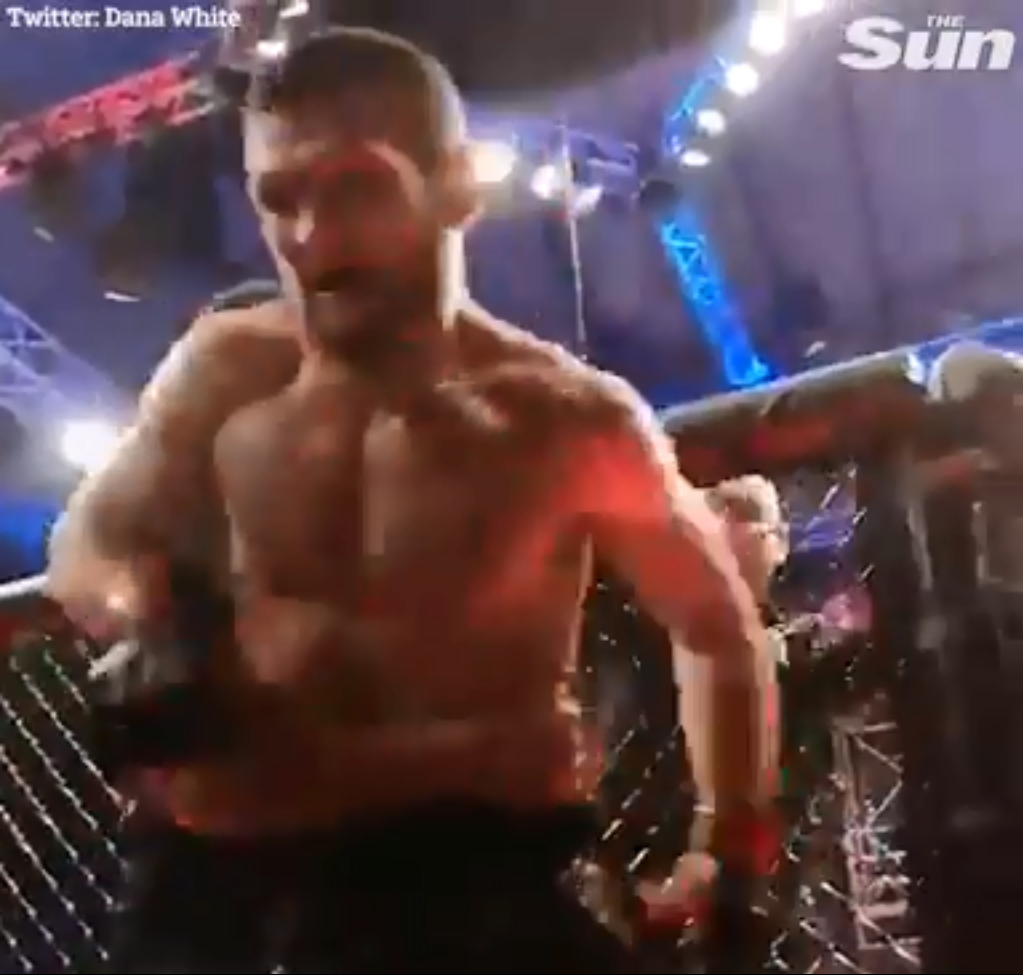 The Russian star, 30, continued his unbeaten run in Abu Dhabi last night with a third-round submission win over Dustin Poirier.

And after taking his record to 28-0, Khabib scaled the Octagon in scenes very similar to a year ago.

At the same time, three of Khabib's crew jumped into the cage, with two landing punches on McGregor.

UFC president White then refused to hand Khabib his belt, and the fighter left the ring escorted by police.

White confirmed in an interview backstage that three of Khabib's team had been arrested and take to jail.

So it was no wonder security were suddenly on red alert when the Russian climbed out of the cage.

But with White at the front of the crowd, Khabib gave the UFC chief a massive hug and then celebrated with others nearby as the security personnel realised they didn't need to sprint after and detain him.

White shared the video on Twitter and wrote: "MADNESS @TeamKhabib".

Surely he must have been panicking, too, when he was Khabib making his way over the top of the fence – but fortunately he, and many on Twitter, saw the funny side. 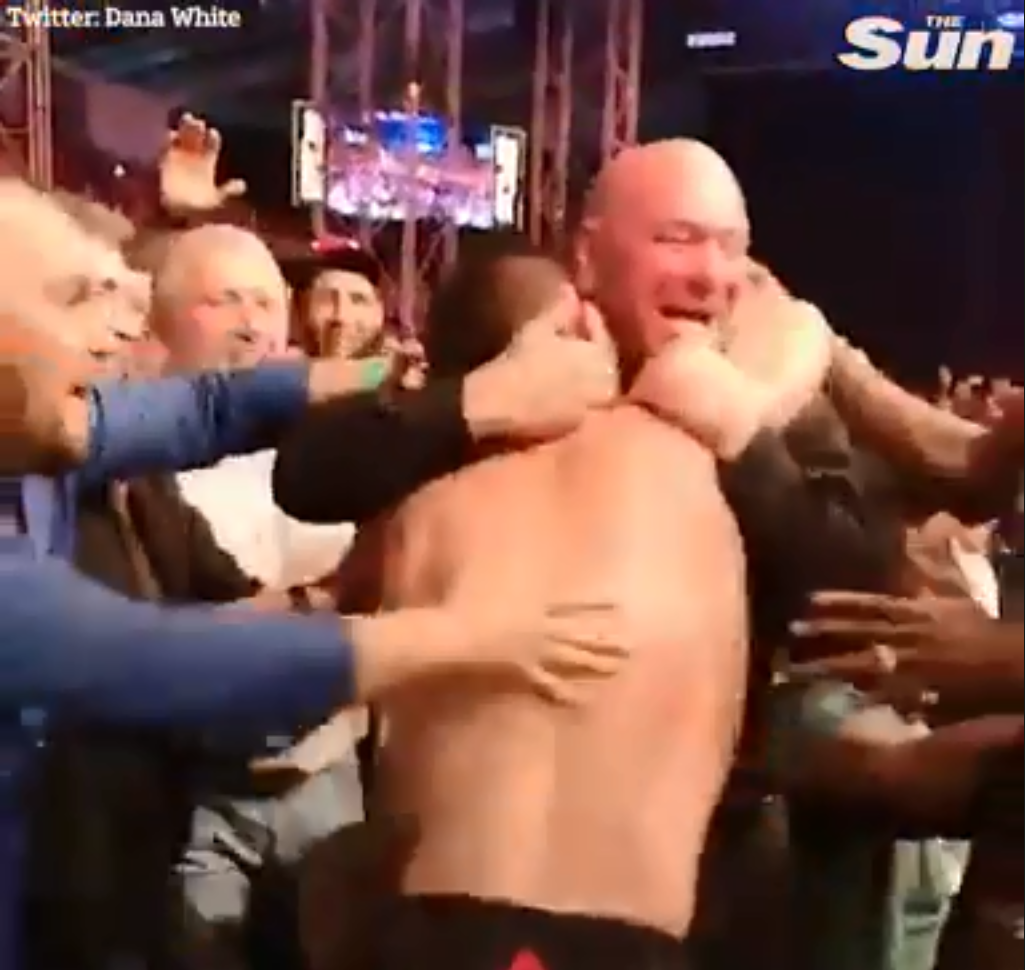 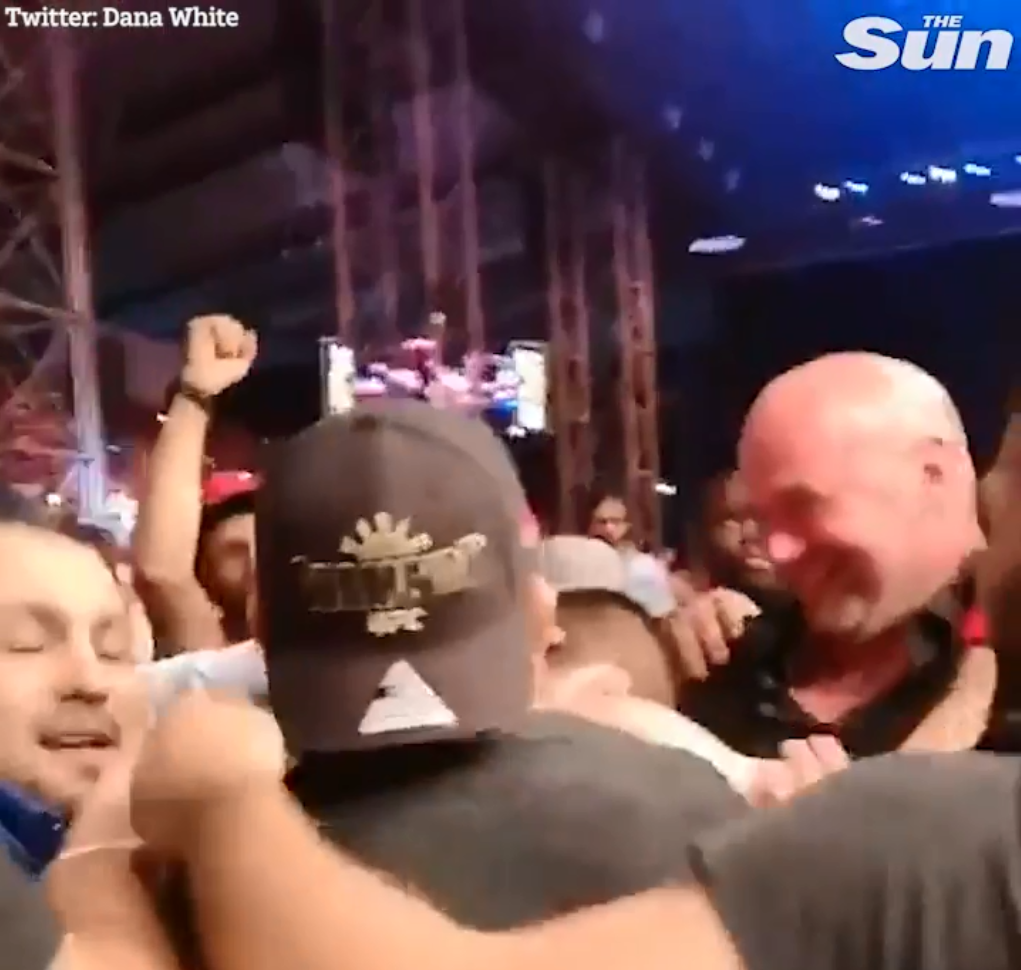 One user wrote: "Oh those poor security folks thought they could keep him in there."

Another said: "Lmao the security guards thought it was UFC 229 all over again.