UFC 249 is set to take place at the VyStar Veterans Memorial Arena in Florida on May 9, according to reports.

Tony Ferguson was due to take on Khabib Nurmagomedov at the original event in New York in April. 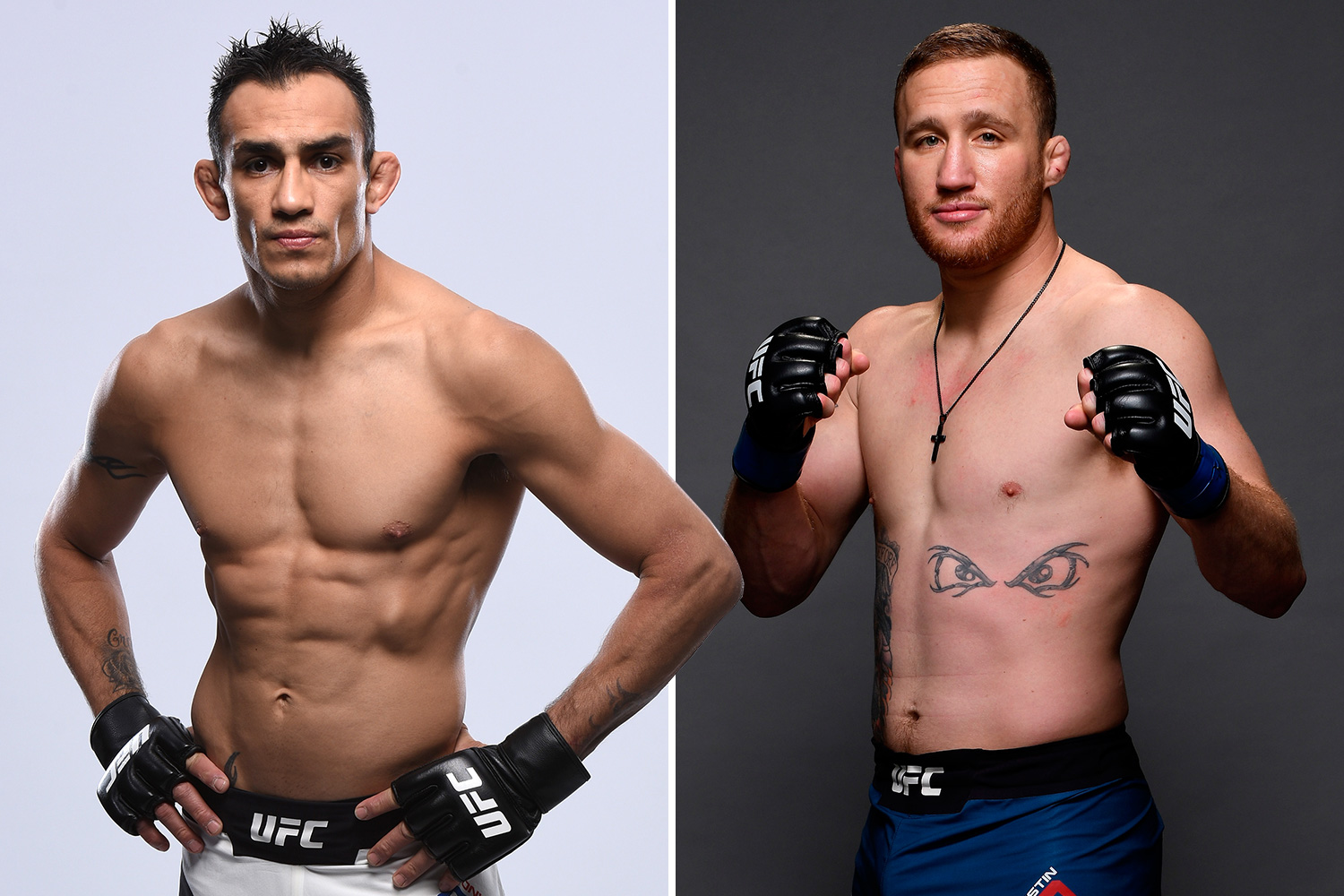 But due to the coronavirus crisis, Khabib could not travel from Russia and Justin Gaethje was brought in as his replacement.

The effects of the pandemic worsened, though, and Dana White was forced to change the location to Leemore, California before postponing the event.

Now, though, Wrestling Observer Radio report that Ferguson and Gaethje will be headlining the rescheduled event in Jacksonville with an interim title on the line.

That is despite UFC events in Brazil on May 9 and San Diego on May 16 already being cancelled.

The 'Sunshine State' hosted WWE Wrestlemania 36 in Orlando in early April and it is thought UFC 249 will follow suit.

Florida's State Boxing Commission told MMA Fighting that it is prepared to regulate combat sporting events, as long as guidelines are followed.

The fighters are set to be flown into Jacksonville before being transported downtown to the arena.

Elsewhere on the UFC 249 card, Henry Cejudo is expected to defend his bantamweight title against Dominick Cruz.

Amanda Nunes ruled herself out so she won’t defend her title against Felicia Spencer but Francis Ngannou will face Jairzinho Rozenstruick, while Donald Cerrone takes on Anthony Pettis for a second time and Uriah Hall is set to battle Jacare Souza.

Gaethje, 31, revealed he was not happy about the short notice ahead of the fight nor was he even told of the plan before it went public.

But the 21-2 star was not going to back down from a chance to set up a world-title fight with Khabib.

He told ESPN: “I saw that Dana had said that he was having this card May 9 and I was the main event, and I was like, ‘What the hell?’

“To be honest with you, I was a little bit upset, because I’ve always told them I don’t want to fight on short training camps.

"I don’t blame them, but they had the assumption that because I was gonna do April 18, I would be fine to do it May 9. But those are totally different circumstances for me, and so I really wasn’t happy about it.

“For a world title, you fight on a day’s notice. It doesn’t matter.

“It was the saddest, most relieving thing I’ve ever experienced. Once I took (the Ferguson fight) on, I was all-in.

“And then when they called it off, it was kind of a relief, because essentially, I wasn’t getting the time I needed or wanted. It wasn’t the circumstances that I preferred.”

Despite the continuing problems associated with Covid-19, UFC president White is confident the event can still go ahead.

But speaking about getting the event to go ahead on May 9, White said: “Listen I’m not stopping. I have this thing figured out.

"The reality is can it be done? Yes, it can be done. It’s just very expensive. It’s very expensive and I’m willing to spend the money to do it.

"My commitment is to my employees and to my fighters. I don’t want to lay anybody off and I don’t want fighters sitting around for a year not being able to make money, but I want everybody to be safe."