BRITISH MMA starlet Nathan Wood wood suffered a painful points loss at UFC 254 and was left with a horn-like hematoma on his forehead.

The Carshalton 27-year-old took on judo blackout Casey Kenney and put on a breathless three-round brawl in Abu Dhabi. 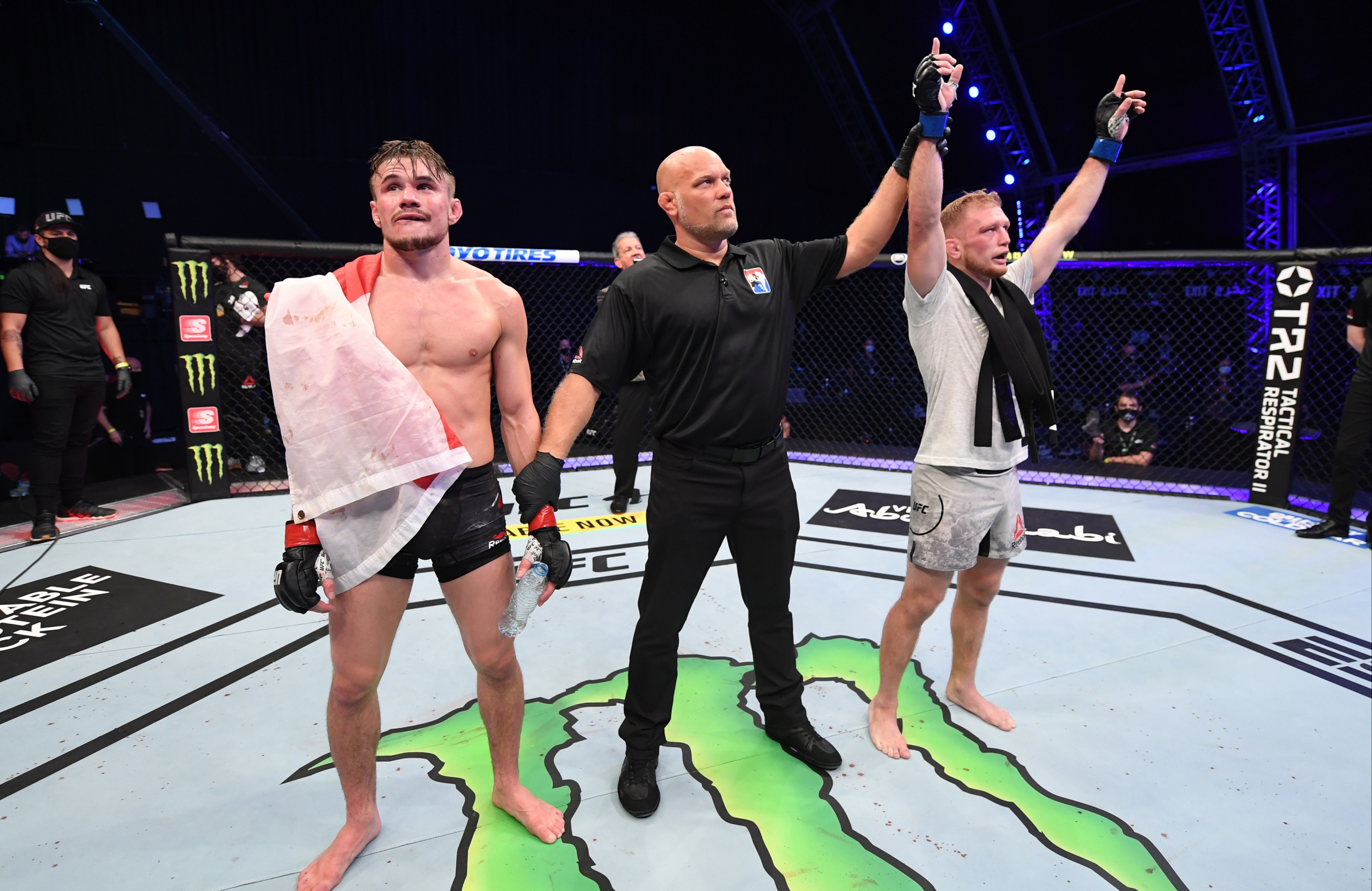 The winner said: “I knew Nathaniel would bring it and I wanted to stand there and trade with him and not rely on my judo.

“I bring the heat in my hands so I tried to knock him out.

“Next I think I just deserve a drink but if the UFC want me to, I’d fight again next week.”

Wood made a strong start to the fight, scything Kenney’s legs with slashing kicks but a big right hand from the southpaw landed flush. 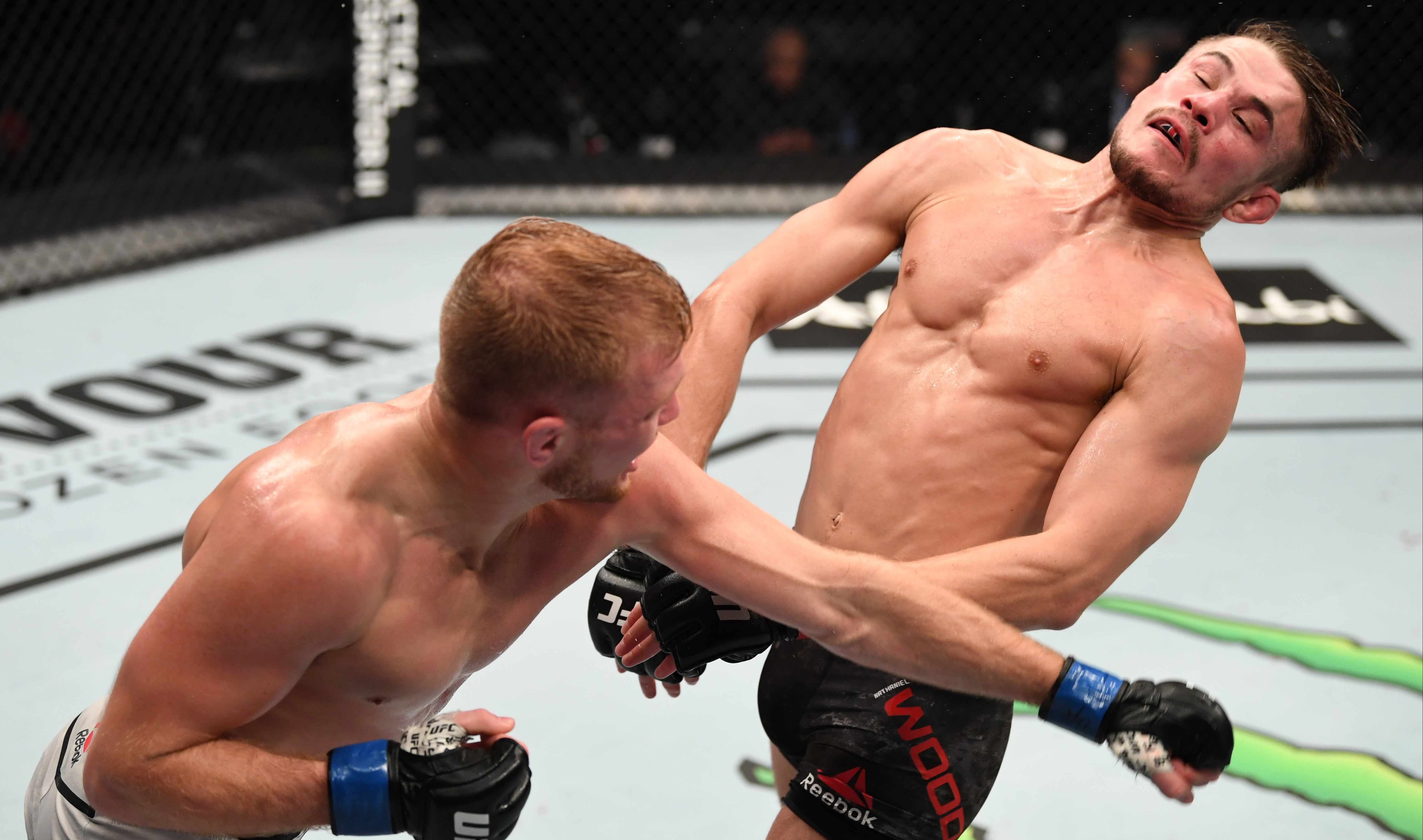 The Brit striker was outboxed by the black belt and was complaining of an eye injury as the opener ended.

The second was another frantic duel Kenney tried a couple of takedowns and connected with the punch that caused the welt to grow over Wood’s eyebrow.

In the final round, Wood had his head snapped back by a pinpoint one-two and Kenney then scored a couple of late takedowns that convinced the officials.